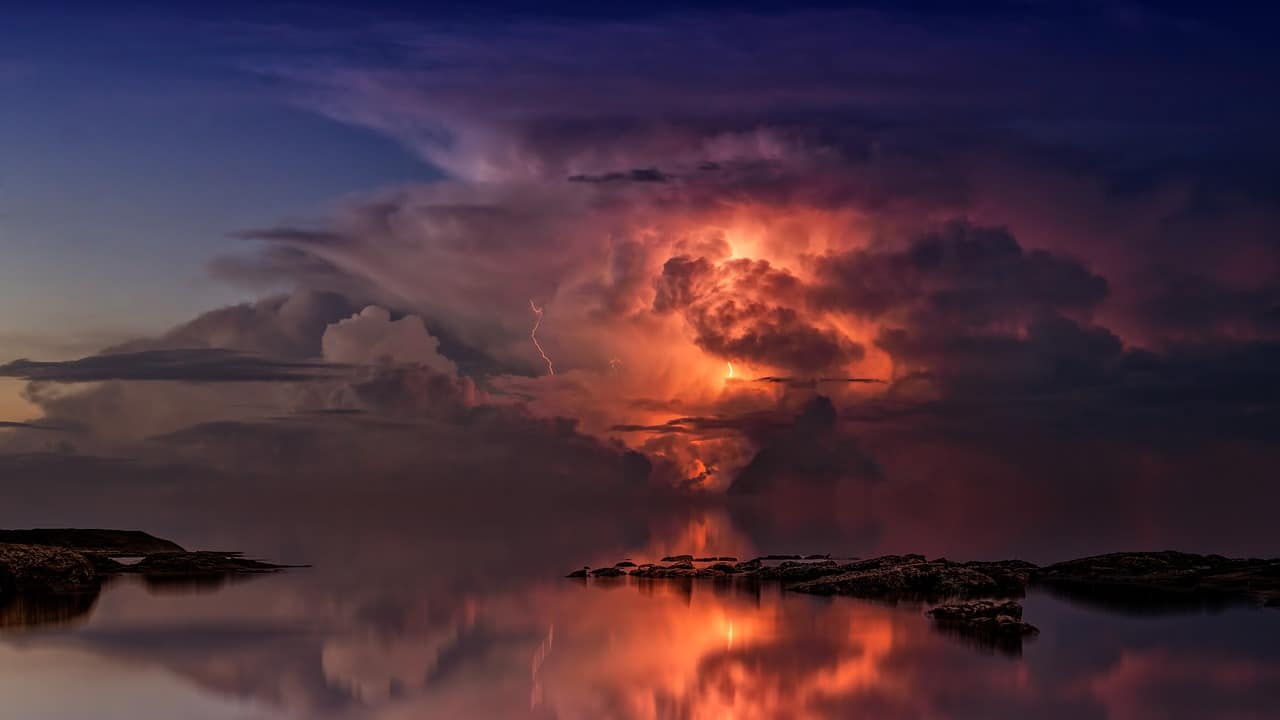 Bitcoin [BTC] continued to hold on to the $16.6k support level. Trading volume has been low over the past two weeks. Bitcoin faces resistance at the $17k, $17.3k, and $17.8k levels. Even if these were beaten, the higher timeframe bias would remain bearish.

Cosmos [ATOM], on the other hand, saw a large move upward initiated in June. Yet, even these gains came after the asset lost 80% of its value from April to early June. Therefore, long-term investors must temper their bullish expectations.

The 78.6% retracement level is a must-hold level for longer-term bulls 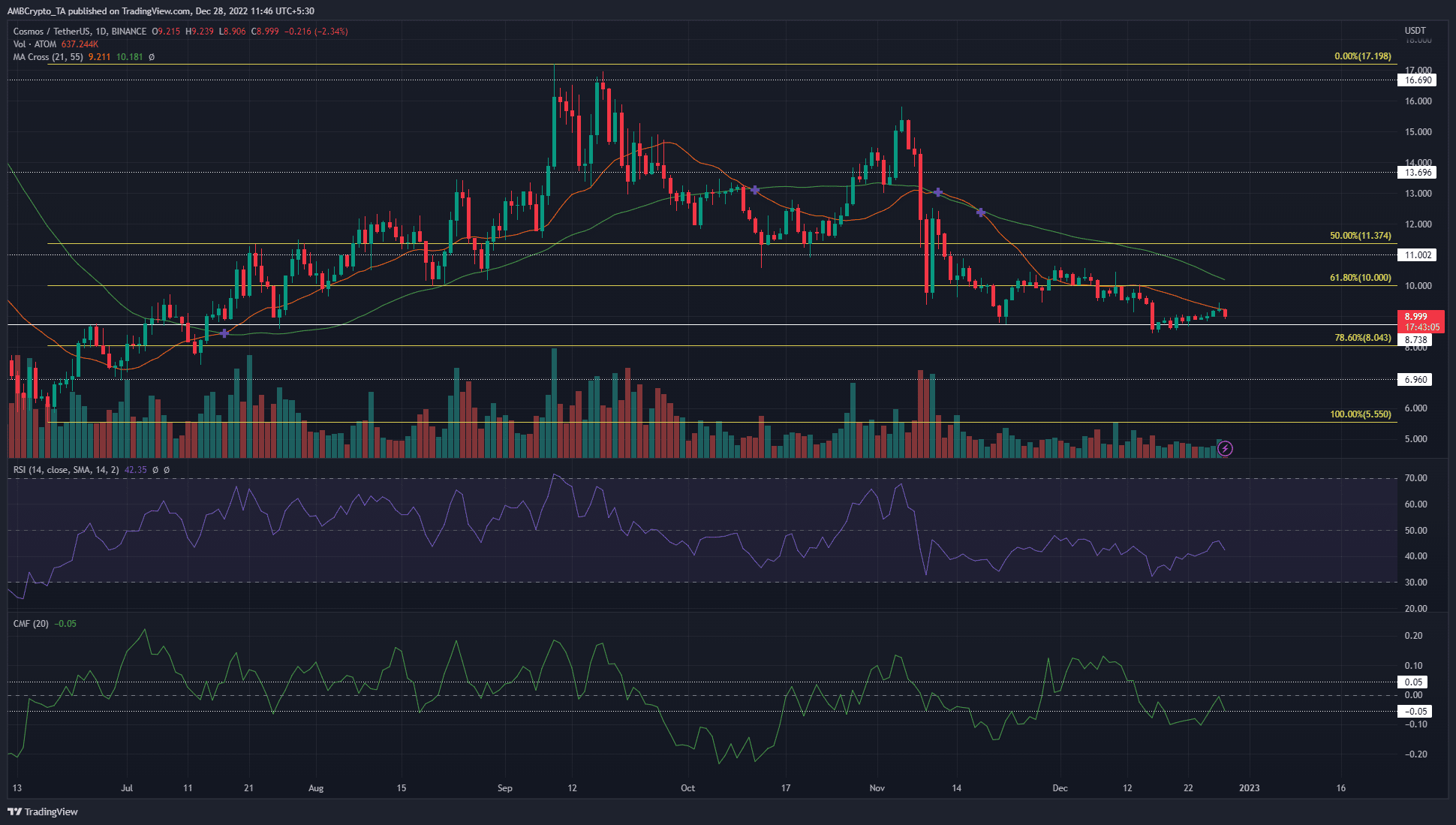 In June and July, Cosmos initiated a higher timeframe market structure break toward the bullish side. The move upward from $5.5 to $17.19 in mid-2022 represented gains of 210%. When the $10-$10.8 area was flipped to support, it signaled strong bullish intent.

In recent months, the trend has been bearish, and the move beneath $11.37 in early November saw bears seize control of the market. The  61.8% and 78.6% Fibonacci retracement levels at $10 and $8.04 are important levels of support. One of them has already been decisively broken, and longer-term investors will have an eye on $8.

The Relative Strength Index (RSI) remained below neutral 50 since November to show bearish momentum. The Chaikin Money Flow (CMF) also dropped below -0.05 in December to show heavy selling pressure. The 21 and 55-period moving averages formed a bearish crossover in mid-November to reinforce the idea of seller dominance.

In the coming weeks, a move below $8 could herald a large drop to follow. On the other hand, a move back above the $10-$10.8 area is necessary for bullish conviction to creep back into the market. 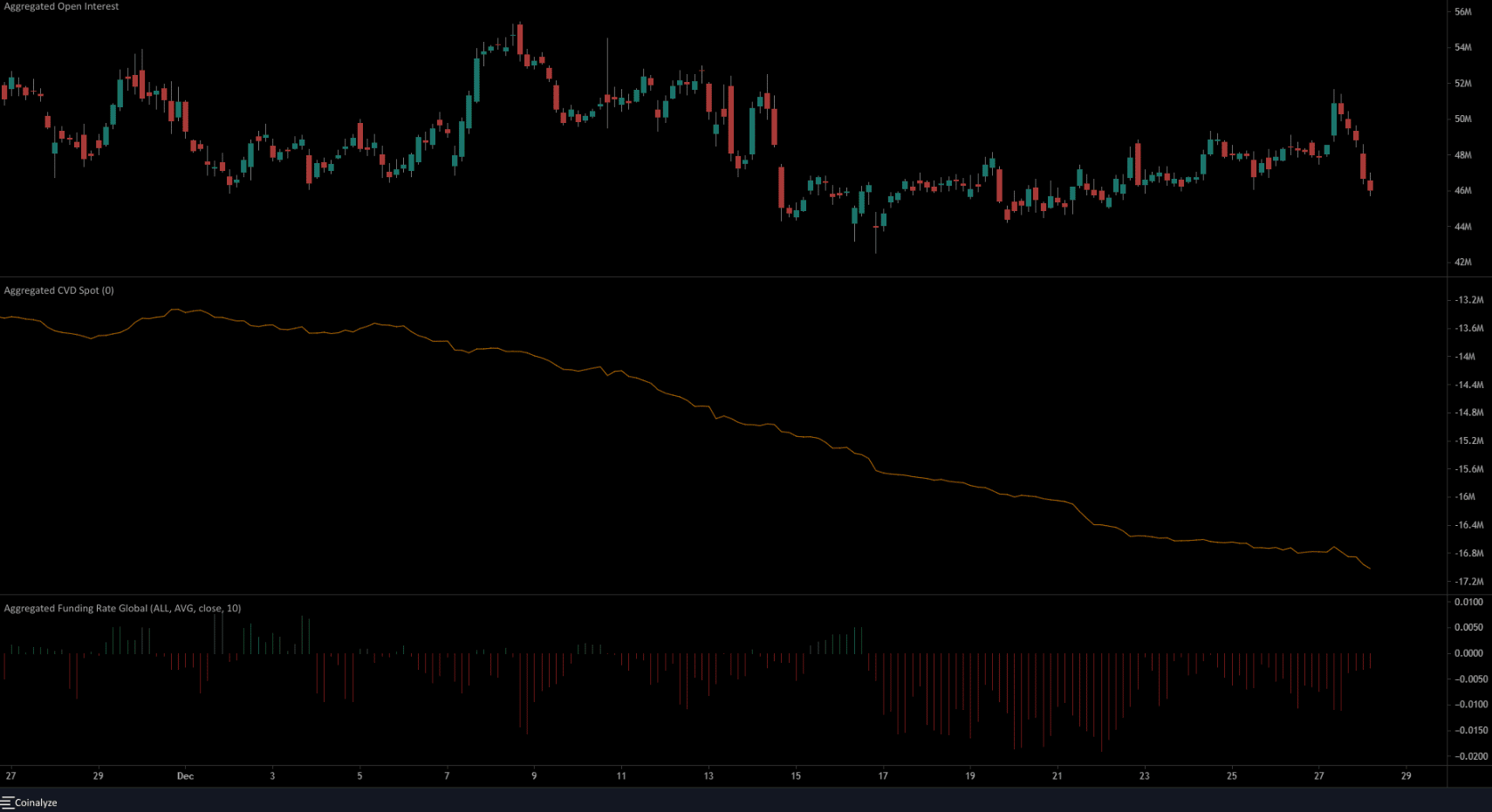 In the past ten days, the Open Interest saw a weak ascent alongside the price. However, recent hours of trading saw a wave of selling push ATOM lower from $9.4 to $8.97, which saw the Open Interest decline as well. This outlined bearish sentiment on lower timeframes behind Cosmos.

The Cumulative Volume Delta has also been in a strong downtrend throughout December, and the funding rate was also negative in the past ten days. Unsurprisingly, the inference yet again was seller dominance.