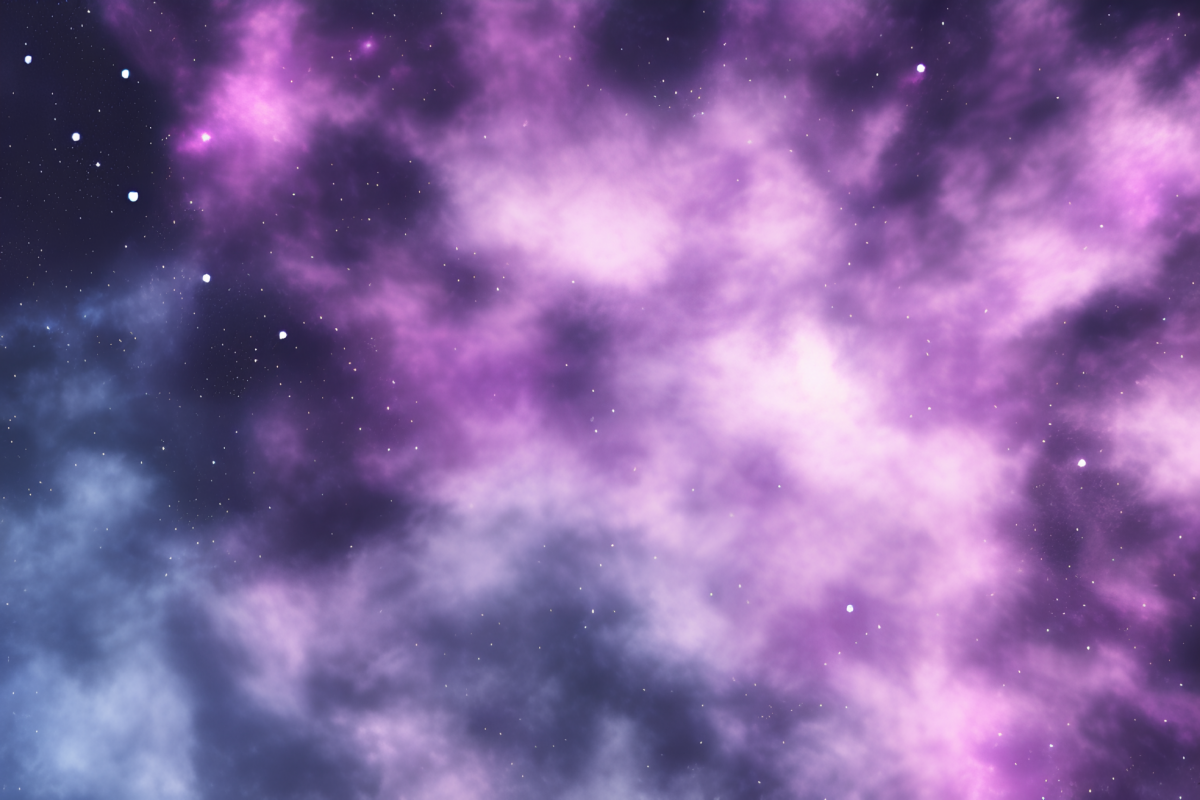 The Cosmos [ATOM] network saw a material increase in active developers over the last few months, according to a Token Terminal tweet on 10 January. While this may seem like a positive development, ATOM’s price continued to decline. 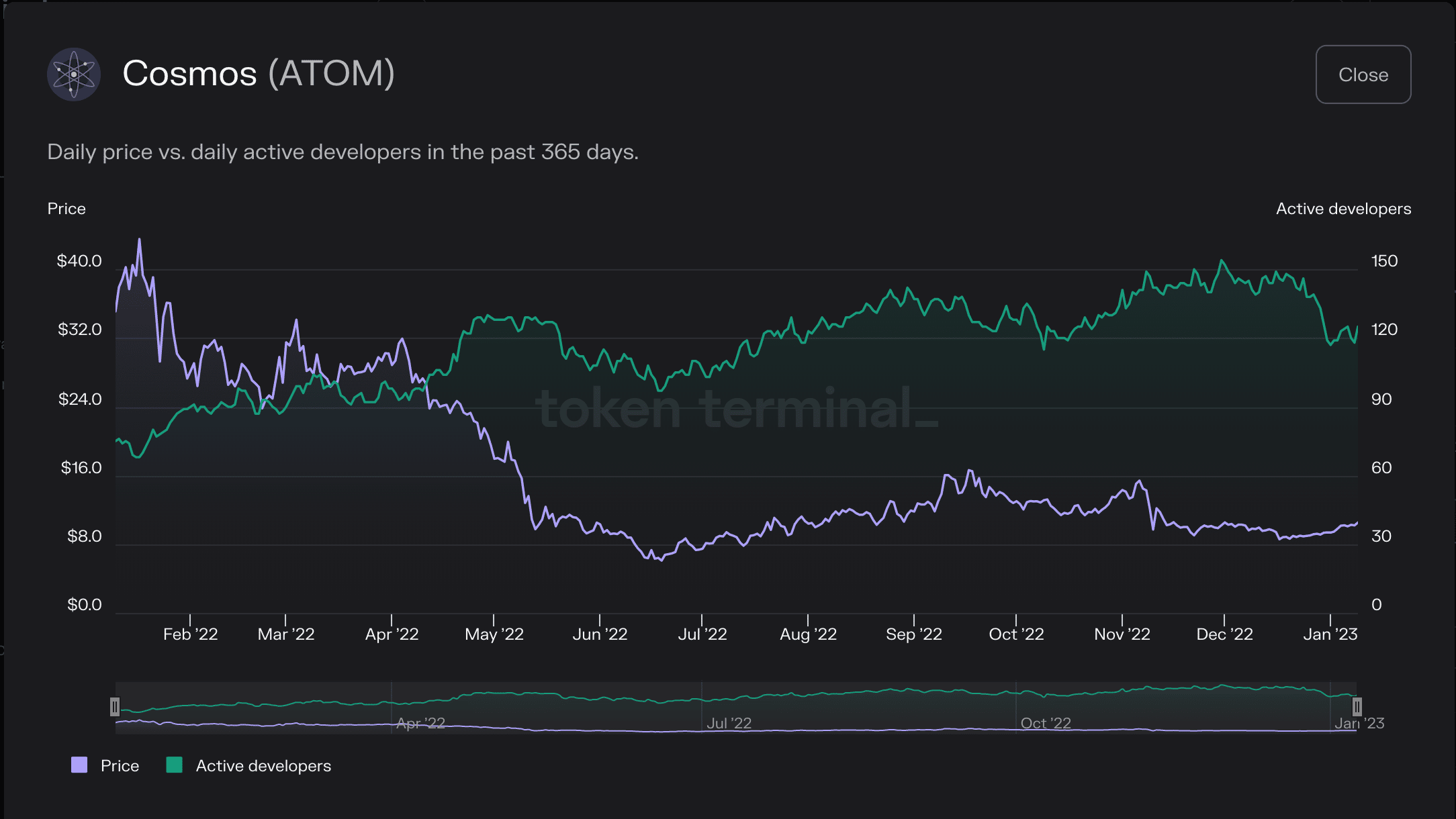 One potential reason for this decline in price could be the decreasing activity on the social front. According to data provided by LunarCrush, the number of social mentions for ATOM declined by 6.5% over the last week until press time. Furthermore, the number of social engagements also decreased.

Along with that, the weighted sentiment for ATOM also declined, indicating that the crypto community had an underlying negative sentiment towards the token.

However, despite the negative sentiment on the social front, staking interest in ATOM seemed to increase. According to staking rewards, the number of stakers on the Cosmos network grew by 2.49% over the last 30 days, with 743,724 stakers at the time of this analysis.

The above metric could be an indication that some investors believe in the long-term potential of the Cosmos ecosystem, and are willing to hold on to their tokens. 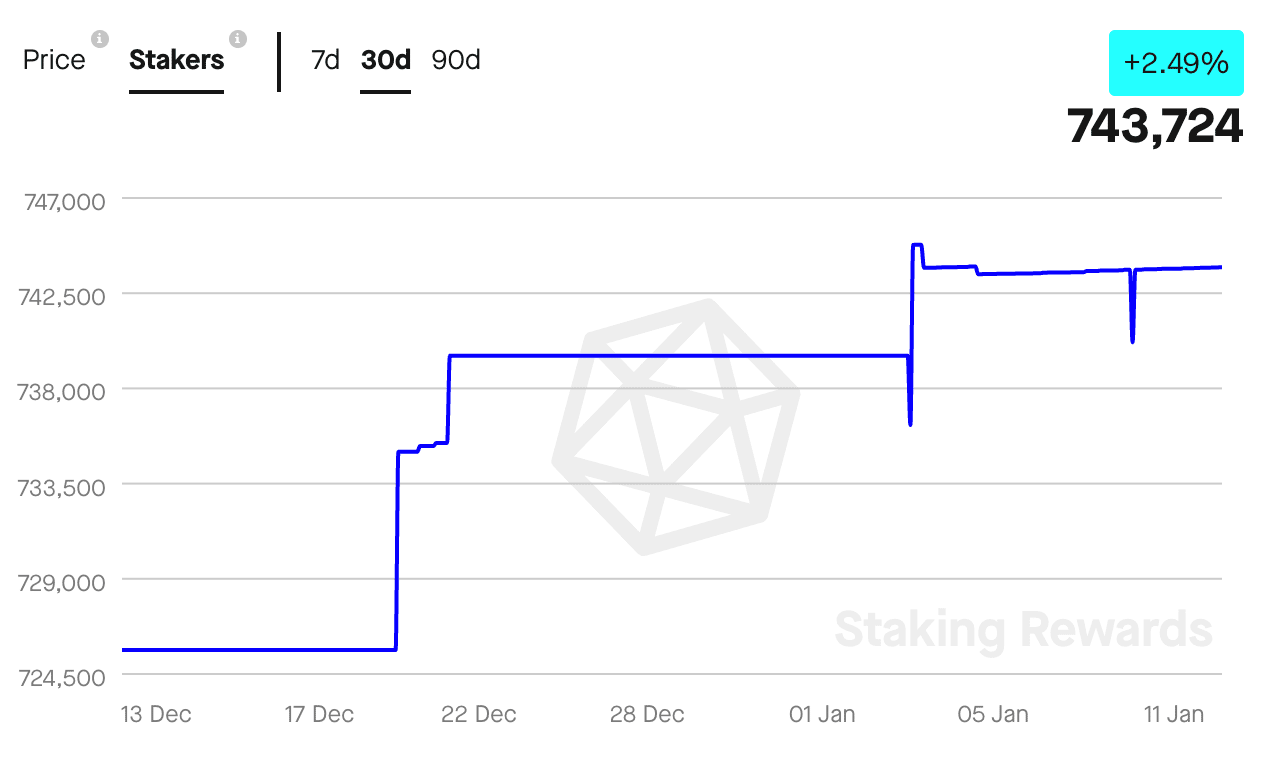 Turning down the volume

Another factor contributing to the decline in price could be a decrease in trading volume. Data from Santiment showed that the volume for ATOM decreased over the last few days until press time, going from $260 million to $130 million in the period.

This decrease in volume could signal that fewer traders are buying and selling ATOM, which could negatively impact the price.

Moreover, ATOM’s volatility declined 98.33% over the last month, according to Messari. This suggested that the token was less risky to invest in.

However, despite this decline, ATOM’s market cap dominance fell during the same period. At the time of writing, ATOM had captured 0.35% of the overall crypto market.

In conclusion, while the increasing number of developers on the Cosmos network was a positive development, it was clear that the market sentiment and investor sentiment was negative, while social and trading interest seemingly decreased. These factors could unfortunately cause harm to the potential future growth of ATOM.

Thai SEC probes crypto exchange Zipmex ahead of its acquisition