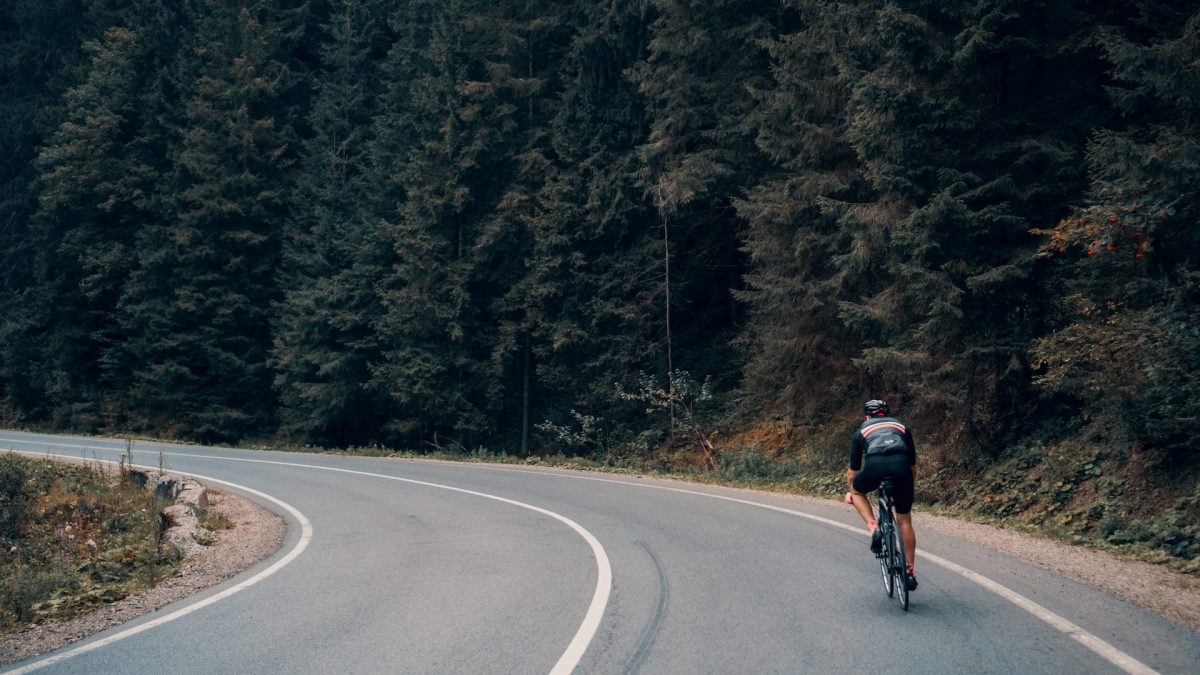 Given the broader market condition, the price of SushiSwap was down by 2.40% in the last 24 hours. However, a lot of interesting developments have been taking place within the community. Now, the question is- Can things change for SUSHI?

The SushiSwap token has been trading between the $1.59 resistance and $1.00 support for quite some time now. The price was on a downtrend since the middle of August, however, after testing the 1.00 support it has tried to bounce back.

RSI, at press time, was at 57 and showed that momentum was on the buyers’ side. However, the CMF was extremely in the negative zone Also, with the price falling below the Bollinger bands midline, the price analysis doesn’t seem to be favoring the token. 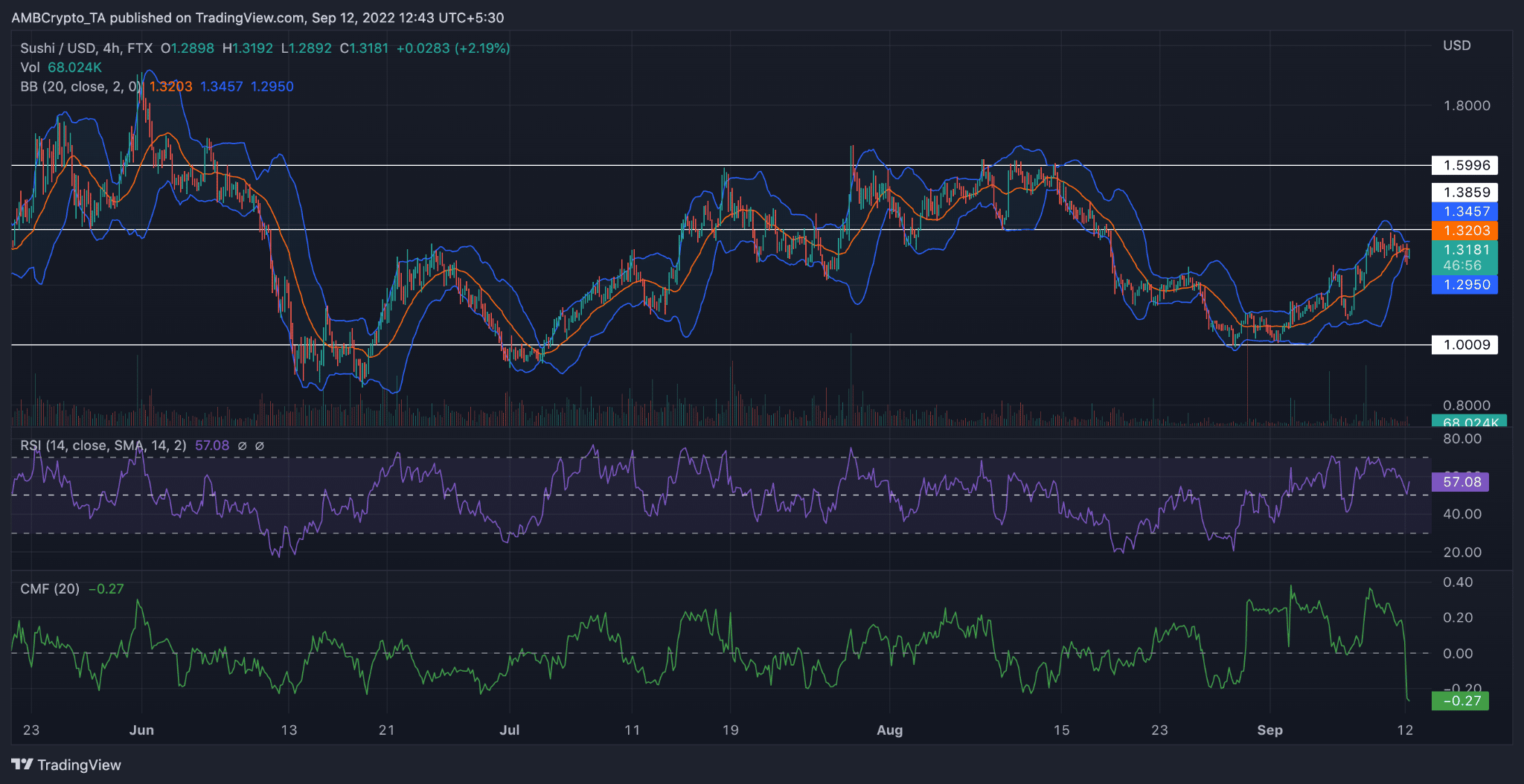 Looking at the brighter side

Although the indicators have been relatively bearish for the token, there have been some positive updates that could change the tide in SUSHI’s favor.

According to a recent update by WhaleStats, the SUSHI token has been garnering a lot of interest from ETH whales. SUSHI has returned to the top ten by trading volume among the top 100 ETH whales in the previous 24 hours.

But the interest isn’t just coming from the whales, the token has also been on the receiving end of a lot of social media interest. In the past week, the token’s social mentions have gone up by 13.8% while its social engagement has gone up by 4.5%.

The good news doesn’t end there, SushiSwap’s circulating marketcap has also been seeing a lot of growth in the past month. The metric has grown by a massive 29.42% in the last two weeks.

But that’s not all, SUSHI’s market cap dominance has also increased by 7.07%, in the last week. It captured 0.02% of the whole market at the time of press. 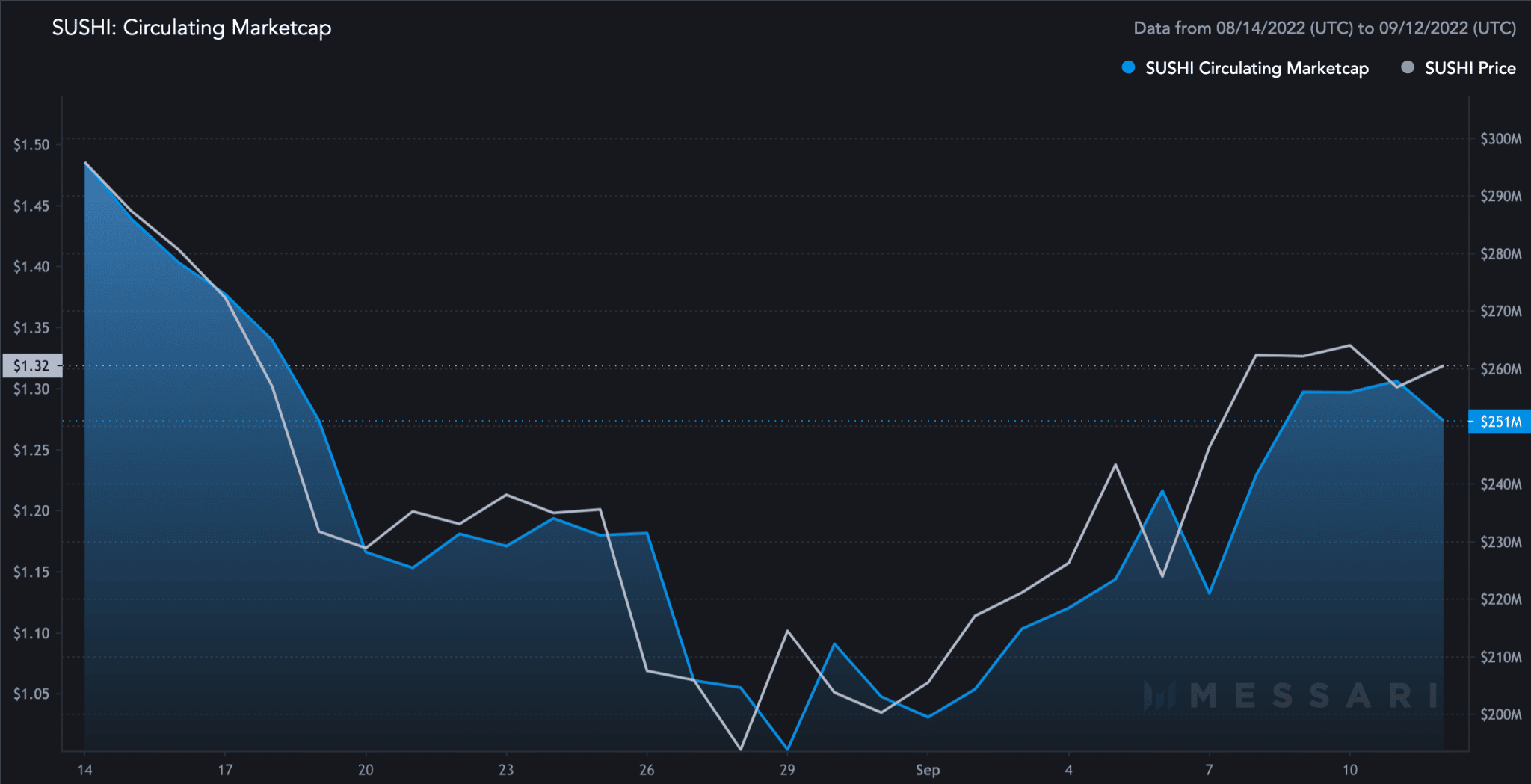 One of which is the declining active address count. The metric has gone down by 24.84%. Besides, the total volume has also taken a toll as the volume has dropped by an alarming -70.87%. 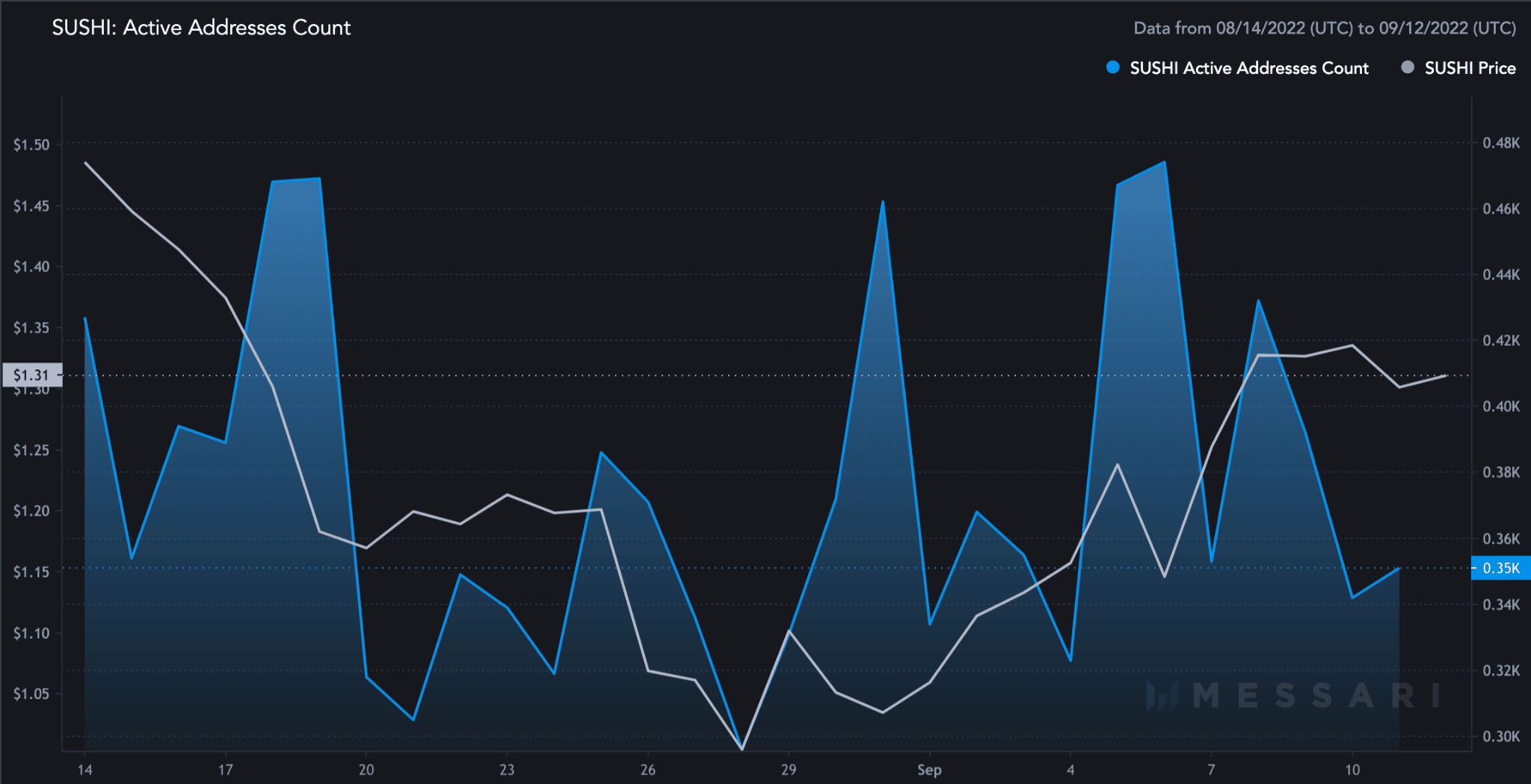 Although there have been quite a few ups and downs in SUSHI’s journey, developers have been proactively building to strengthen the ecosystem.

However, it remains to be seen if the recent positive developments could beneficially impact SUSHI’s price. Readers are advised to proceed with caution before entering into a trade.

Assessing Cardano’s potential to inflict a breakout from this pattern