US-based crypto trader and miner Simon Byrne has six Nvidia RTX 3080s graphics cards in the trunk of his BMW i8 car which is able to run the mining rig.

According to HardwareTimes, the car’s internal battery can power the crypto mining equipment, however, Byrne keeps the trunk open to prevent the rig from overheating. The trader said in a report that fitting a mining farm into his car was an “excellent way for him to earn money even while traveling.”

Simon Byrne can apparently earn a profit of $128,088 every year, through crypto mining with the help of his hybrid-car’s power.

The miner went as far as installing a Nevada license plate on the BMW that says ‘HODLER.’ He purchased the German-built auto for nearly $150,000. 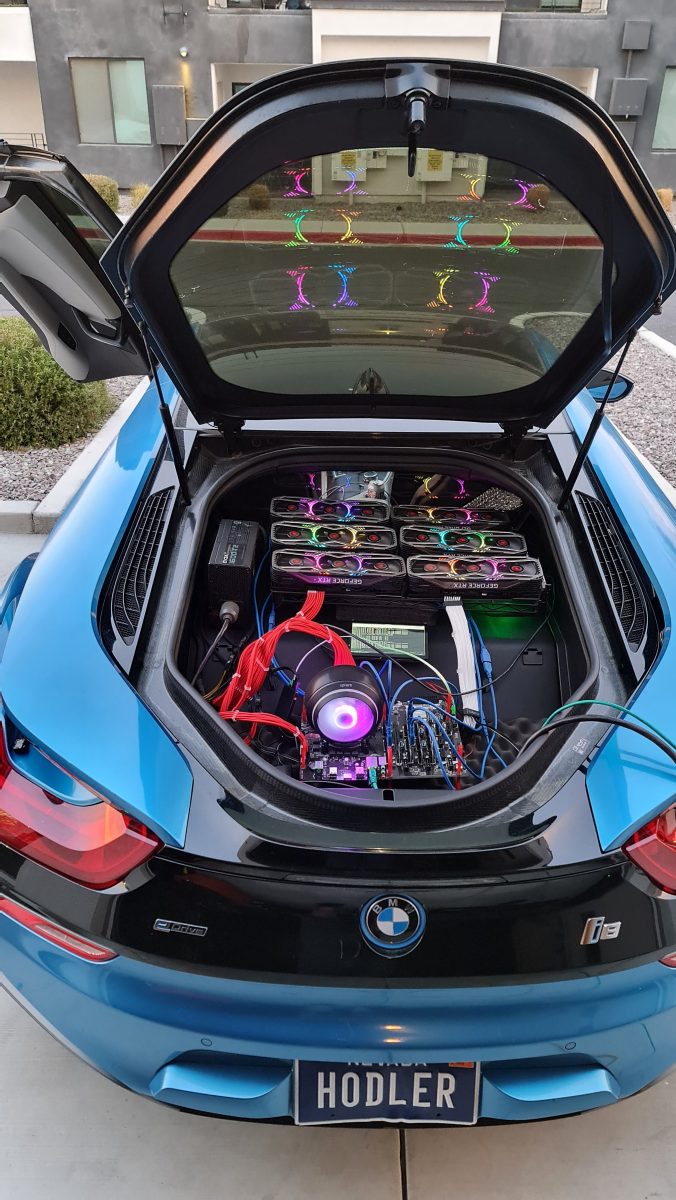 With regard to the reason why he would go to such lengths to install the mining equipment in his car, Byrne said it was “just to annoy gamers.”

The miner uses the RTX 3080 graphics processing units (GPUs), which are said to be in short supply. However, leading computer game company Nvidia which designs chip units for the gaming markets is planning to restart production of crypto mining GPUs, provided there is demand for the same.

Byrne would not be the only miner to find a unique place to set up his rig. In Russia, a mining farm located in a private car garage in Vologda made news last year after it burned down all of the equipment. This was not long after a mining operator’s rig located in his seven-bedroom apartment caught fire. Other than Russia-based mishaps, crypto mining-related incidents that ended badly were reported elsewhere. In October last year, airport officials at Lamezia Terme International located in an Italian region caught a 41-year-old technician for illegally mining Ethereum (ETH), from the airport control rooms.