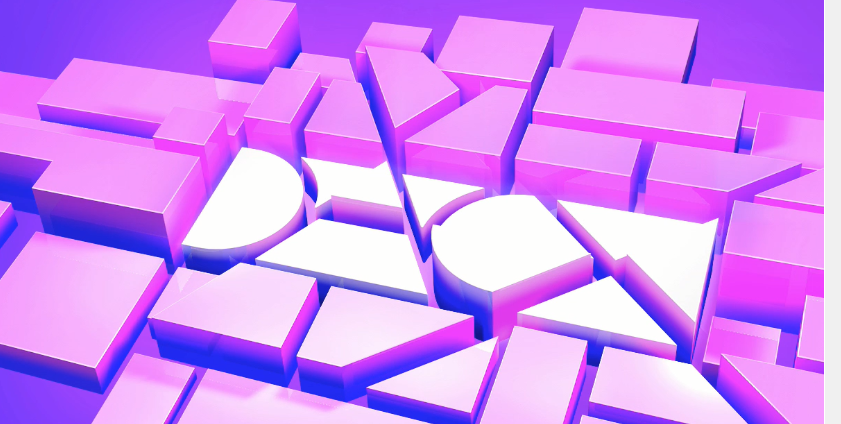 The cryptocurrency world has seen an explosive growth in the last year alone, with the move of institutional investors into the space being the single most prominent occurrence of events in 2018. The year has also seen considerable development in the space of regulation by market leaders, being indicative of a greater curve of adoption. This includes derivative products such as futures contracts, and the prospective ETF being proposed for Bitcoin [indicating a greater curve of adoption].
Infrastructure is also being built with regards to investments in cryptocurrencies and digital assets, as seen by the growth of custody solutions for institutional investors. Part of building the infrastructure for cryptocurrencies as a whole is by providing a clearing solution. This has not occurred yet due to the fast growth of the cryptocurrency market. Required infrastructure like clearing houses and institutional custodians are still evolving. The market is not functioning in its most efficient manner due to the absence of a clearinghouse.
Clearing is the process of an organization assuming the role of a buyer or seller in a transaction, acting as a middleman to effectively match all buy and sell orders in the market. Clearing allows for a smoother and more efficient market as a whole, as individual exchanges can make transfers to the clearing corporation instead of clearing it themselves.
However, there has been a lack of clearing houses in cryptocurrency but the rising number of exchanges demands the creation of one. Enter DAEX, also known as Digital Asset Exchange.
DAEX is a decentralized clearing and settlement ecosystem based on Distributed Ledger Technology [DLT], and functions as a bridge for connecting different centralized exchanges. DAEX also acts as a custodian for multiple digital assets. The wallets used by DAEX boasts multi-level encryption, and complete transparency of the platform itself to allow for clear accounting information.
This is in contrast to centralized exchanges, with many hacks occurring on them since the attack on the biggest Bitcoin exchange at the time known as Mt. Gox. Other significant hacks include the one on Bithumb, and Tokyo Coincheck exchange, the biggest hack to date.
DAEX aims to evolve with time by adopting an open ecosystem to allow for future developments in the derivatives business. Notably, the platform also allows for enterprise-level customers as well as individual customers.
The diamond in the crown of DAEX is its public clearing blockchain which supports cross-chain clearing of assets. The chain provides institutional and individual customers with a unified clearing and settlement service using distributed ledger technology.
DAEX also aims to give back to the cryptocurrency community through the creation of a DAEX fund to support investments of cryptocurrency exchanges and wallets, cross-chain solutions and asset management projects. DAEX has already partnered with prominent exchanges such as Lbank, BCEX, Allcoin, Indodax, and Tokenomy. 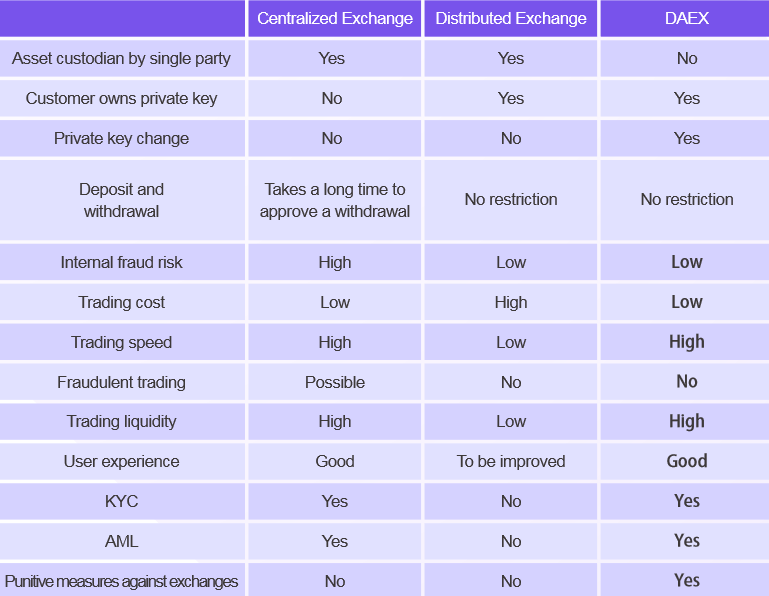 What does DAEX do?
While exchanges will still retain their traditional role of matching trades, all other steps will be conducted by DAEX’s upcoming distributed clearing and settlement ecosystem. The DAEX system aims to remove total control from digital asset exchanges by separating digital asset transactions into five basic steps: identity authentication, asset registration, trade matching, asset clearing and asset settlement.
The core of the DAEX technology lies in the clearing chain, which will store the transaction data of all user assets in the DAEX ecosystem. The chain uses a new consensus protocol known as Accumulated Signature Proof of Stake [ASPoS].
The system calculates the stake of participants depending on their deposit amount, participation levels and activity levels. It then utilizes a virtual random function to generate a source number, which is used in combination with nodes’ stake ratios to determine the creation of the next block.
The clearing process itself is conducted through a clearing smart contract, with all settlement and clearing business rules pre-programmed into it. After a matched trade is formed, the smart contract will validate the matched trade and check it against business requirements. This is followed by going through the consensus mechanism and updates corresponding accounts on the ledger.
Users are required to complete an identity authentication process on a distributed identity authentication center, proceeding which they will be able to store assets in the Asset Registration and Custody Center. This is the part of the platform dedicated to the storage of the users’ digital assets.
The Asset Registration and Custody Center generates mapped assets for users, which can be converted to actual digital assets in real time. DAEX demonstrates a single-minded dedication towards prioritizing the security of assets in custody.
The transactions will then be processed by the DAEX wallet, which is capable of storing multiple digital assets. It is protected by a multiple part private key to the wallet, with any two of three parts being required to open the wallet.
Notably, the user can control all the funds in the wallet, along with having ownership of the private key. DAEX provides users with the option to restore the private key to their DAEX Wallet in case of its loss.
Upon the creation of the wallet for the first time, the key is split into three parts, one for the user, one for the wallet managed by DAEX, and one for backup, in case the user loses the key.
Future developments for the DAEX system includes upgrades in areas such as support for margin trading and shorts, along with clearing for derivatives.
Users who contribute to the DAEX ecosystem will be rewarded with DAX tokens. This includes rewards for witnessing clearing and user participation. Users can gain DAX by opening an account and inviting others, or by using DAX for clearing or settlement.
DAX can be used to settle the clearing fee, settlement fee, derivatives clearing fee or exchange trade matching fees. The public sale for the DAX token will take place from 9th September to 14th September.
Recent Developments:
DAEX has been active in striding forward with new partnerships and nodes on their clearing chain. Recently, they acquired new clearing nodes in Southeast Asia after a strategic investment in Tokenomy and INDODAX. They continued this trend with a new clearing node in Australia after a strategic investment in XBrick. They also officially launched the DAEX wallet towards the end of June.
AMBCrypto reached out to the Chairman of DAEX, Benjamin Gu to speak about their project.
Q: What inspired you to create DAEX?

A: The application of blockchain technology in the securities industry is post-trade clearing. We are trying to be the first in the cryptocurrency trading industry to apply it.

Q: How can DAEX make the market more efficient and the consumer experience better?

A: By applying blockchain technology in a post-trade clearing, the clearing cost is smaller, the clearing process is more efficient and customer asset’s market risk exposure is smaller.

Q: How will DAEX approach institutional investors for custody of their assets?

Q: How many derivatives would you plan to add support for in the future?

A: As the market demand grows, we will provide corresponding products.

Q: How will you add further support for institutional players entering the market, as seen by ICE with Bakkt?

A: Exchanges like Bakkt are not our target customers. Our customers are exchanges that cannot provide their own regulated clearing and settlement services.

Crypto Incentivizes the Capture Data for the Global Seafood Industry