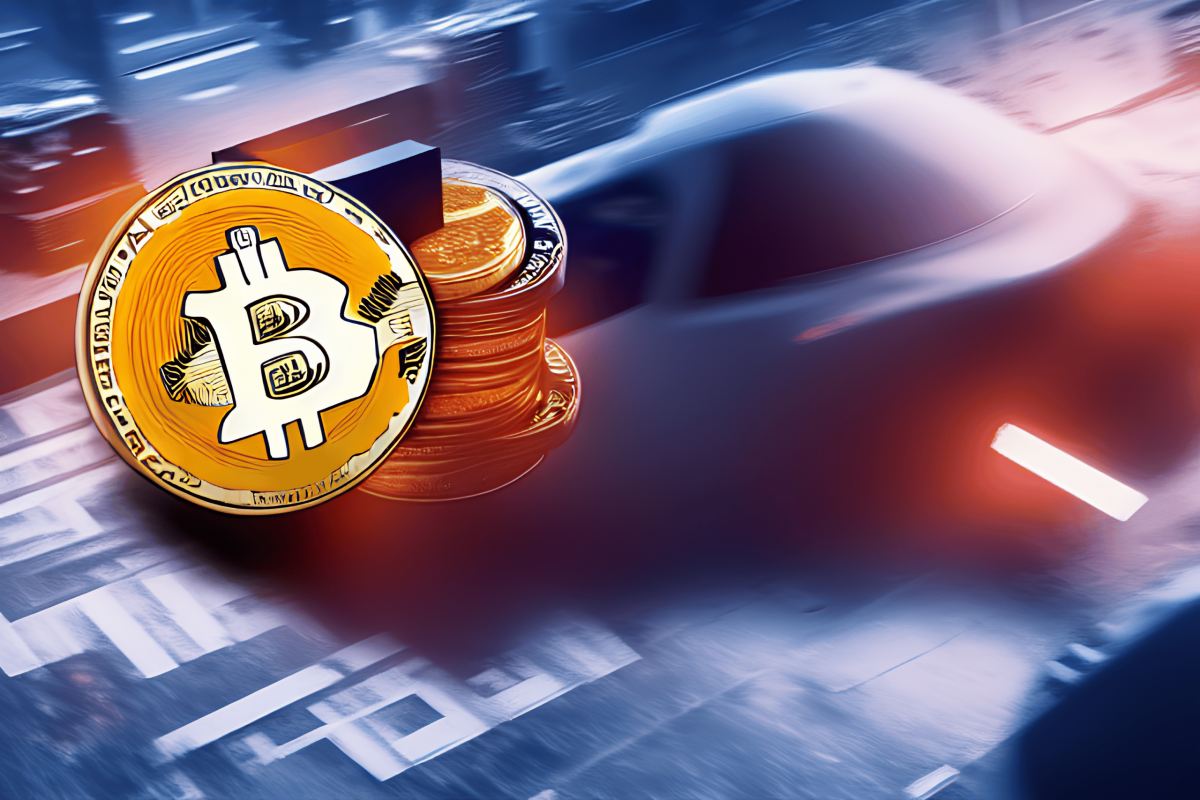 The decline in the number of large transactions on the Bitcoin network has raised questions about the future of the king coin.

According to data provided by glassnode, the number of large transactions, which accounted for a majority of the overall transactions on the Bitcoin network, declined after the FTX debacle.

In November, transactions over $10 million made up a significant portion of the overall volume of transactions, comprising 42.8% of the total transaction volume.

However, this has since declined, and these large transactions made up only 19% of the overall volume of on-chain transactions, at press time. 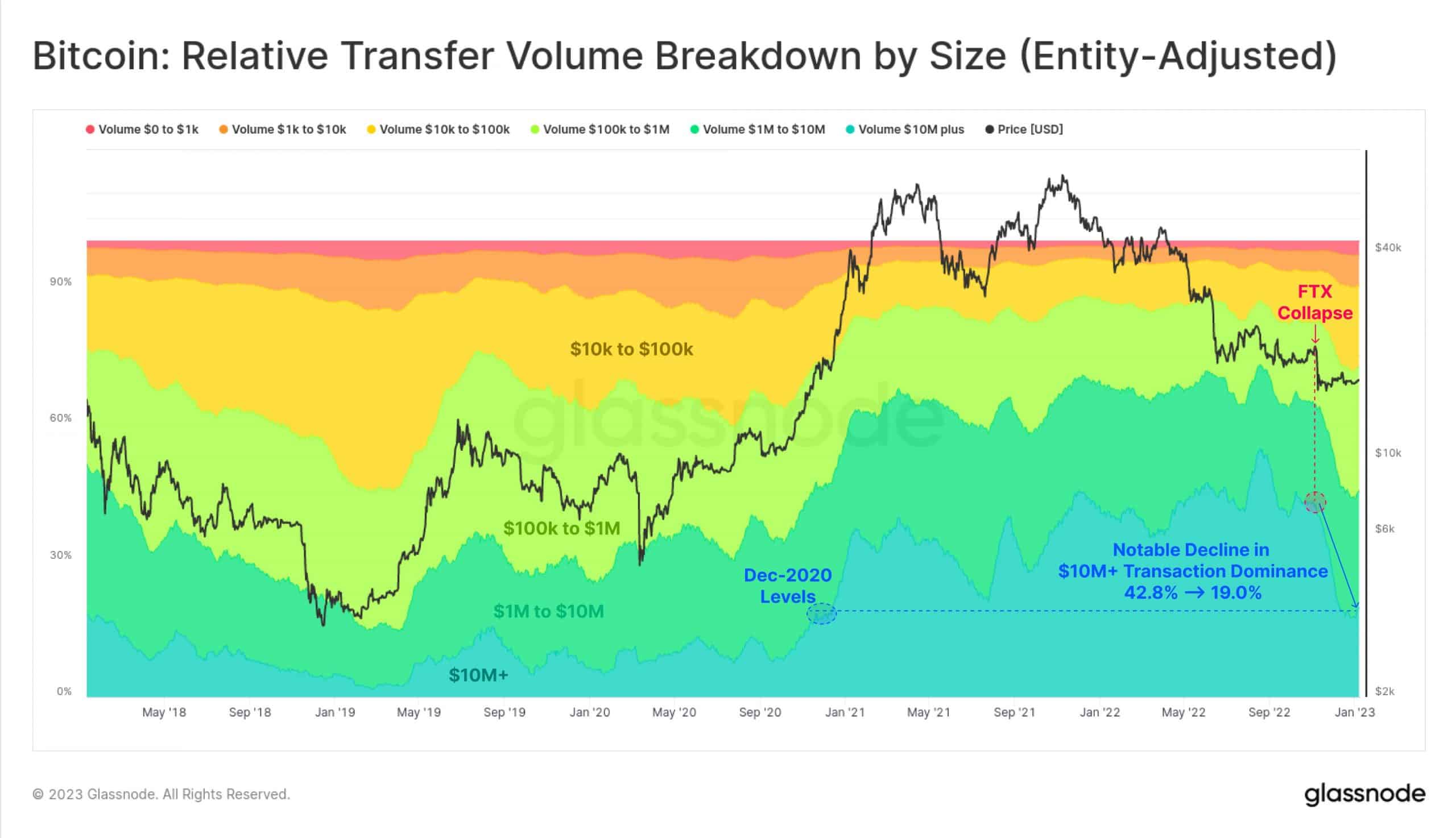 One possible explanation for this decline is the behavior of large addresses, which may have contributed to the decrease in large transactions. According to data provided by Santiment, the number of addresses holding 1000-10,000 BTC decreased over the past month.

However, retail interest in Bitcoin continued to increase, as addresses holding 1-1000 Bitcoin grew materially during the same period.

This shift in the distribution of Bitcoin holdings could be a sign of increased interest from smaller investors, who may be more likely to hold smaller amounts of the cryptocurrency.

The declining number of large transactions, however, did not have a negative impact on the state of miners.

Miner net position change was observed to turn positive after a long period. A positive miner net position suggested that the total number of Bitcoin being sold by miners was less than the amount that was being held.

This data could be a positive sign for the long-term prospects of Bitcoin, as it indicates that miners are becoming more confident in the cryptocurrency’s future.

In addition to this, there has also been a drop in mining difficulty from 34.4T to 16.6T, over the last few weeks, as reported by Blockchain.com.

This decrease in difficulty has coincided with an increase in miner revenue. 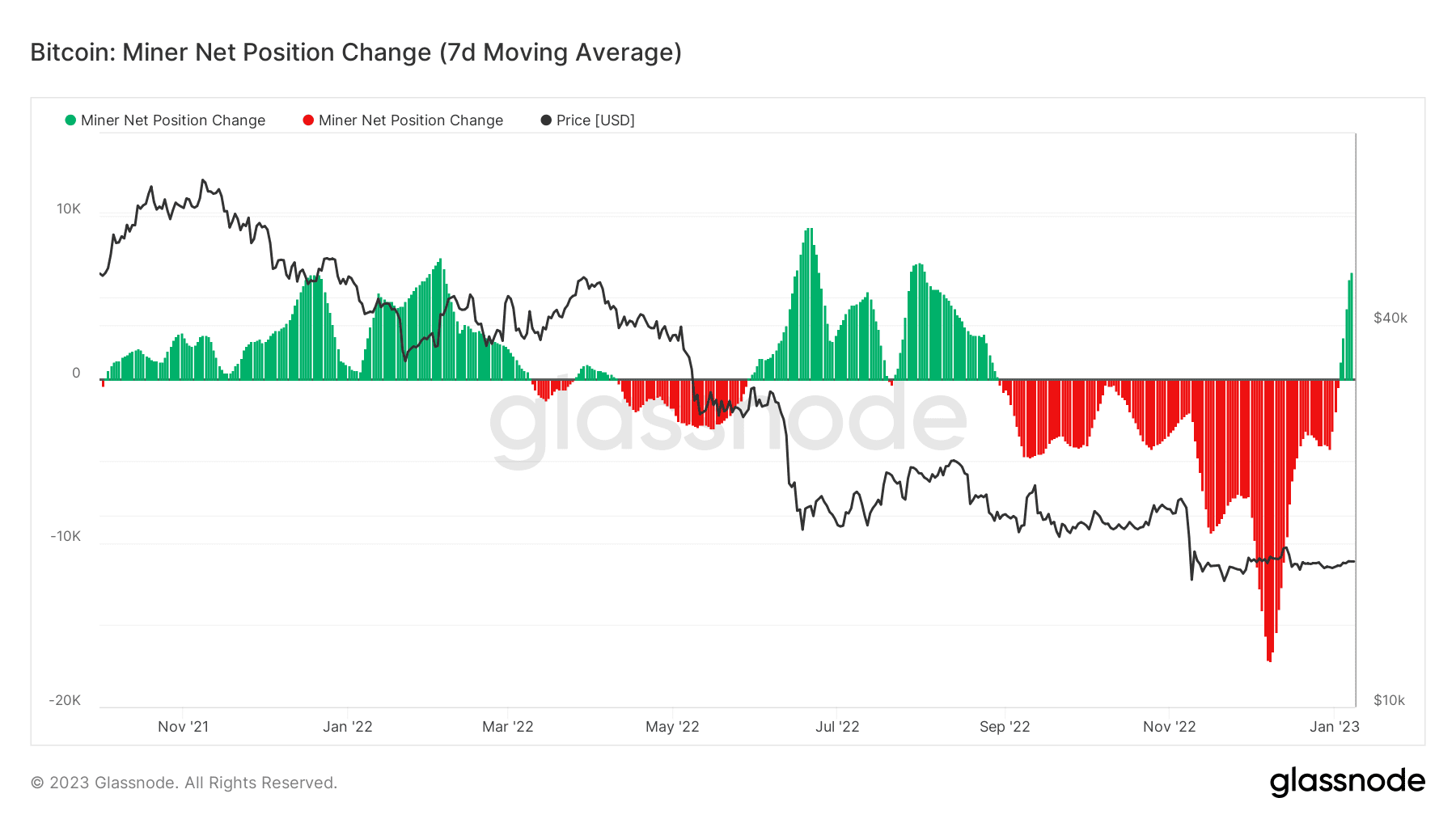 Even though miners started to show faith in BTC, traders did not share the same sentiment.

Trader sentiment towards Bitcoin appeared to be negative, at press time, as short positions on BTC considerably increased. According to coinglass, short positions made up 50.87% of overall positions being held for Bitcoin. This could be a sign that traders are less optimistic about the short-term prospects of the king cryptocurrency.

How many Bitcoin can you get for $1?

It remains uncertain if the decline in large transactions and negative trader sentiment will affect the value of Bitcoin. Well, at the time of writing, Bitcoin was trading at $17,232.21, with a price increase of 1.70% in the last 24 hours.

SOL rockets skyward as it doubles in value within two weeks — more to follow?