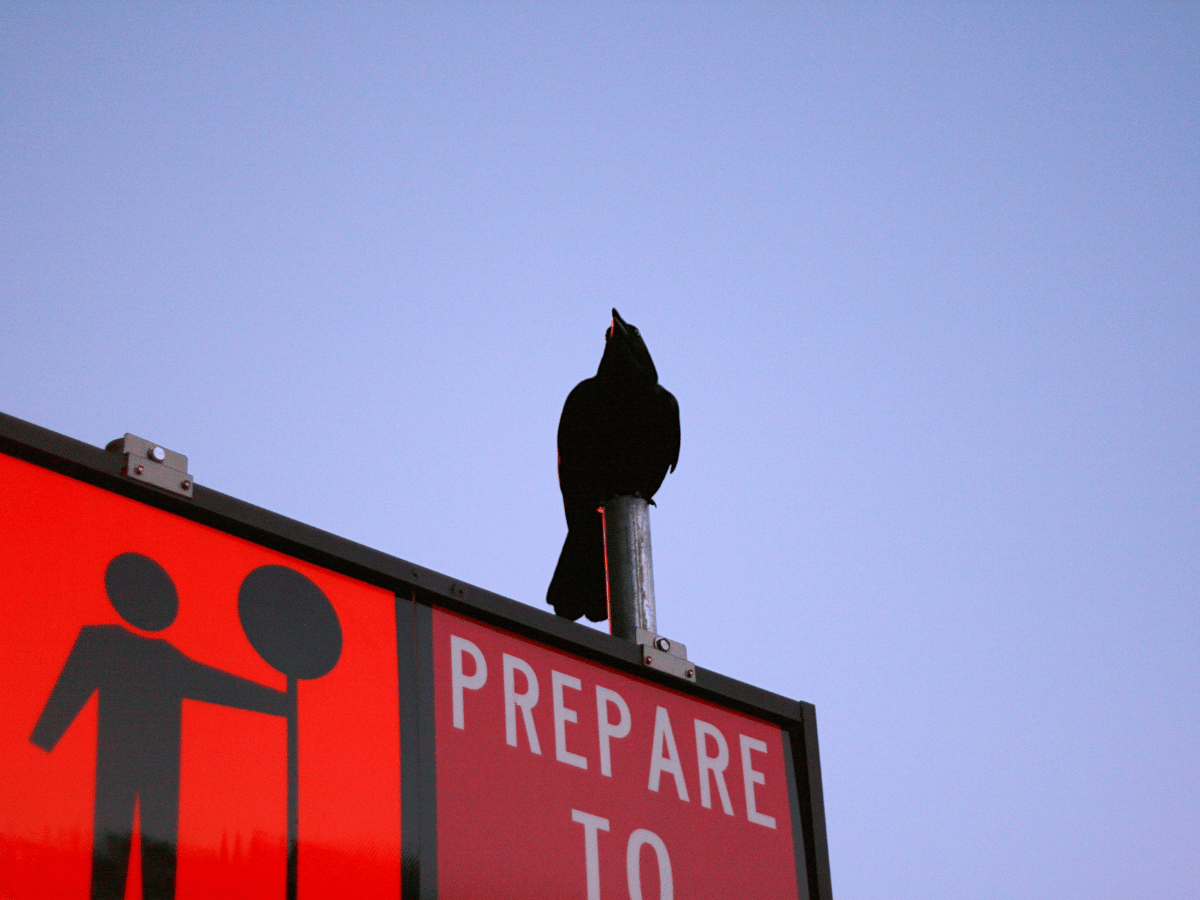 Back and forth— that has been the momentum of Bitcoin [BTC] since it hit $25,000 on 15 August. While investors may have hoped for a further uptick, it has not been the case that BTC consolidated around the $23,800 support level.

Earlier, there had been talks of BTC showing bearish momentum as these projections emerged from unsurprising corners.

Economist and extroverted Bitcoin revolter Peter Schiff stated that the number one cryptocurrency was on its way to the ruins. According to him, the bearish momentum would usher BTC to $10,000.

The crypto king also recorded less than a 1% increase over the previous seven days.

Just to put the #Bitcoin rally into perspective, take a look at this chart. The pattern remains very bearish. There's both a double top and a head and shoulders top. There's a rising wedge forming below the neckline. At a minimum support will be tested below $10K. Look out below! pic.twitter.com/OHNhwsgxxs

Interestingly, BTC’s price fall has not shattered investors’ hopes as there has been a twist to the opinions of bear merchants. Chartoday, a top analyst on CryptoQuant, revealed that BTC bullish signs are still very active.

Based on the analysis released via the CryptoQuant website, the current macroeconomic conditions could take BTC to $26,000 in the short term.

Although there has been lower demand and negative funding, Chartoday predicts it won’t necessarily result in a BTC price decline.

Additionally, he thinks the price could hit as high as $32,000 in the medium term.

But does the current momentum align with the buying signals the analyst mentioned?

The chances of crossing $25,000 in the short term may have a positive outlook.

According to the latest Glassnode data, BTC’s active supply over the past five years just hit an all-time high (ATH) of 24.298%. This recent milestone could be critical to the CryptoQaunt projection and a possible price uptick. 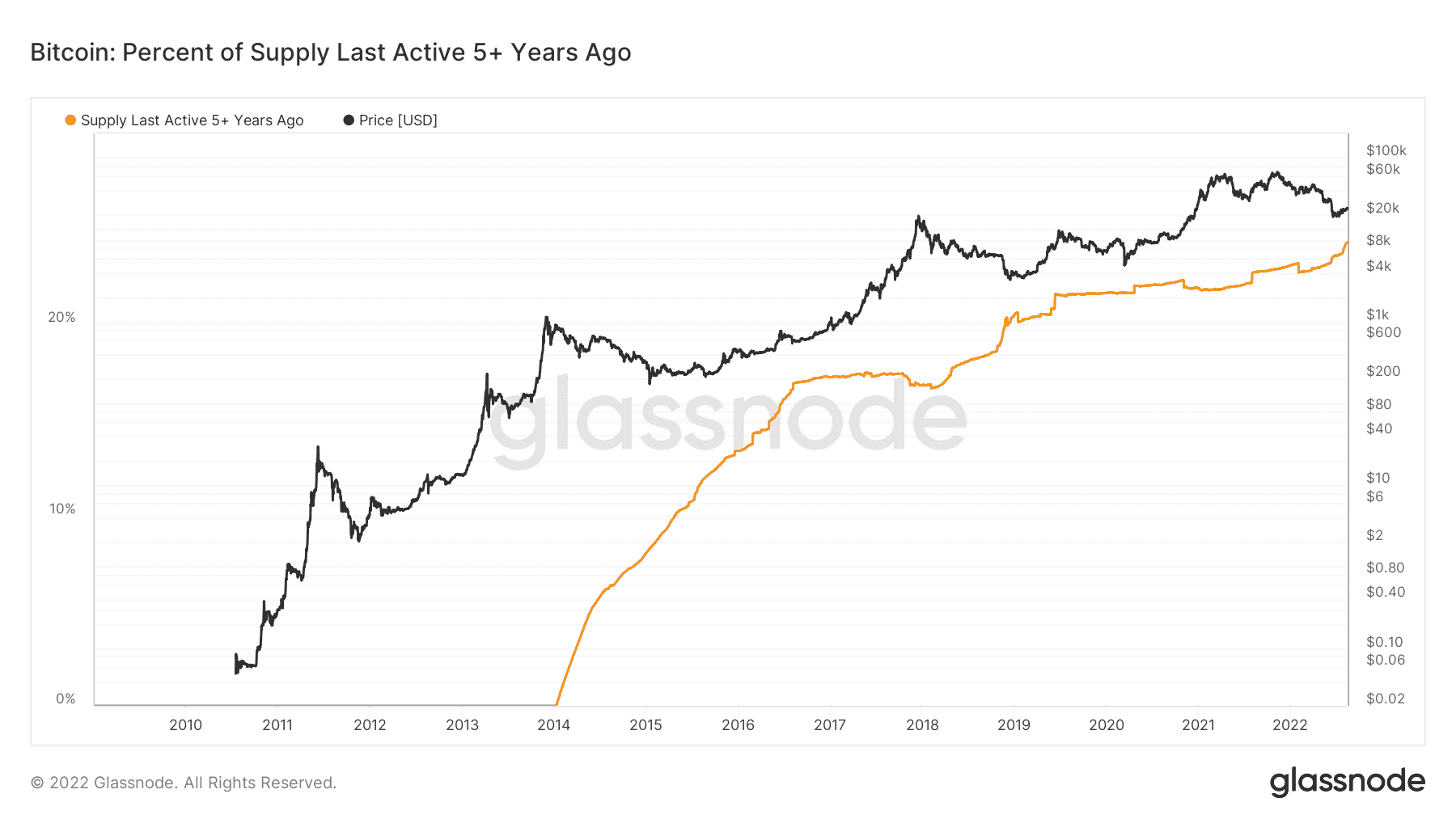 However, the current BTC momentum on the charts reflects that the price uptick possibilities may not be as soon as investors hope. At press time, the Relative Strength Index (RSI) did not show substantial buyer control as it was at 46.34.

Also, the Moving Average Convergence Divergence (MACD) synchronized with the RSI movement as the momentum remained below the histogram. This stance signaled that the seller pressure had overpowered buyers’ control.

Similarly, the buying momentum (blue) was below the sellers’ (orange). 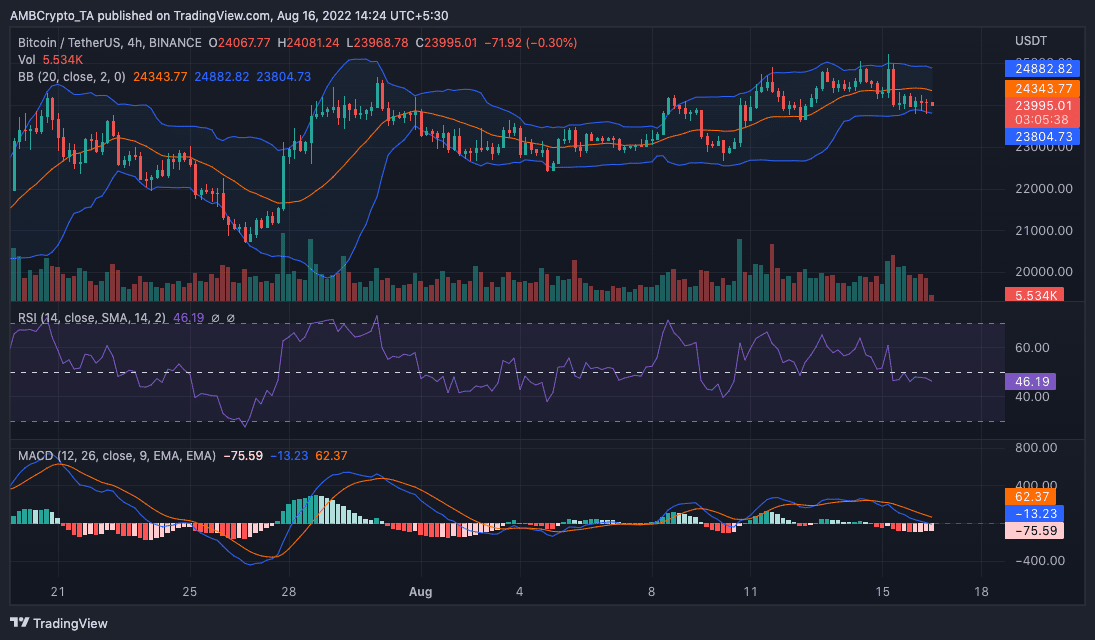 With these contrasting views, a possible hold for BTC in the short term might be between $23,000 and $25,000 and a possible neutral position.

However, this does not negate the perspective of Chartoday, especially as the Bollinger Bands (BB) do not show signs of extremely high volatility.

CEL holders needn’t worry even though Celsius nears its end