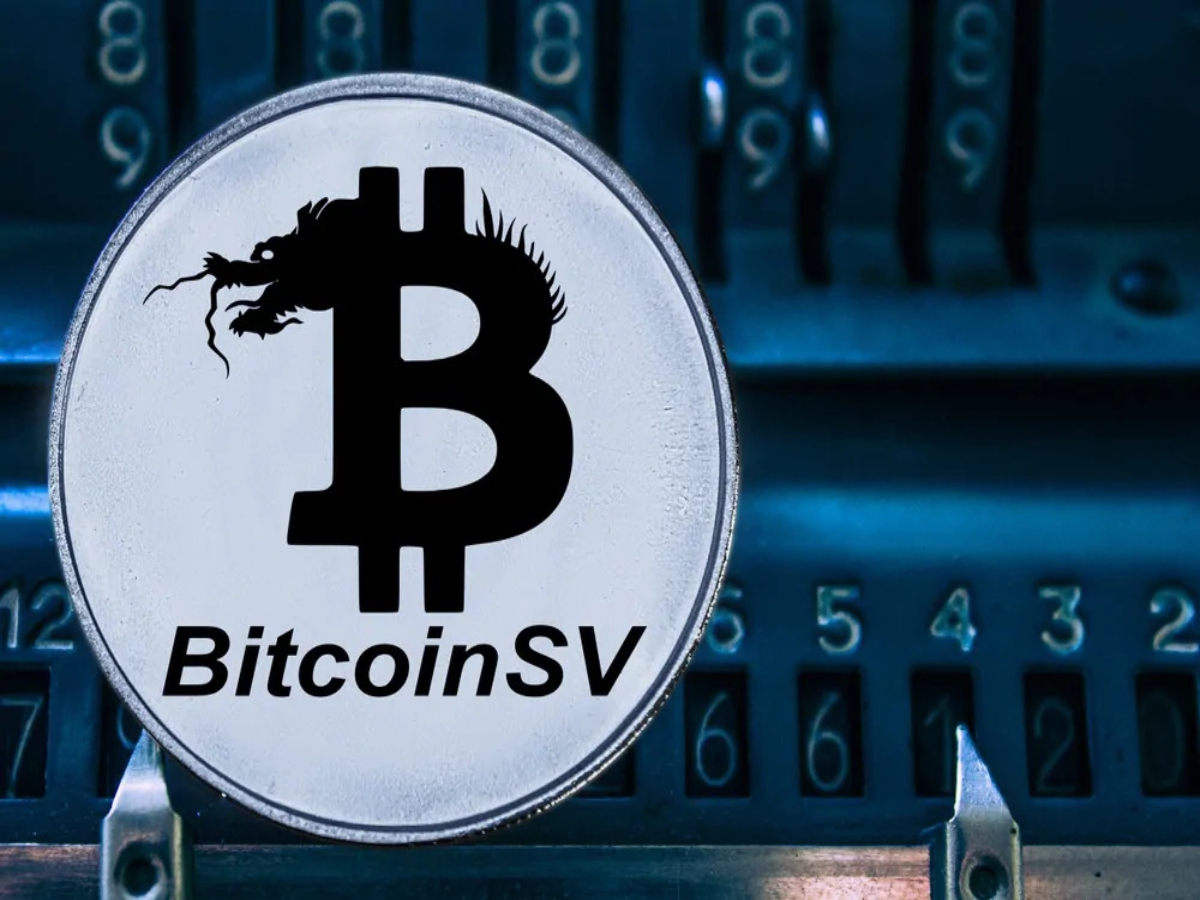 Bitcoin took a while to gain an agreeable community and it didn’t come easy. Over the years it suffered multiple hard forks which gave birth to coins like Bitcoin Cash, Bitcoin Gold, etc. One such hard fork was Bitcoin SV which for some reason, failed to reach where its creators wanted it to be.

The Bitcoin hard fork’s hard fork BSV was born out of Bitcoin Cash with the idea to reinstitute Satoshi’s vision for Bitcoin. Today it has become just another coin on the token list.

BSV this year already suffered a 51% attack on the network in August, which led people to further lose faith in the coin more than they already had due to Binance’s decision from 2019.

Back in the day, Binance announced their intentions of delisting BSV and many exchanges followed suit. However, some of them still held on to BSV owing to customers’ demands.

One of them was a Switzerland-based fintech platform named YouHodler. They did not delist BSV for two years later still, until 4 days ago when they feared the total loss of their client’s funds. In their announcement, they reasoned their decision as the 51% attack on the network has already occurred once. Thus it can happen again.

But more than investors and exchanges, it is the developers who stopped caring altogether. On Github, the network has just 13 repositories. And according to Santiment, the maximum number of developers seen active on the network at the same time was merely 4.

…there are still some people loyal to the coin and “Satoshi’s Vision” thanks to which the network continues to witness a rise in investors.

On 7 November following the market’s rally where BSV shot up by 15.47%, the network added over 8 million addresses in a single day. 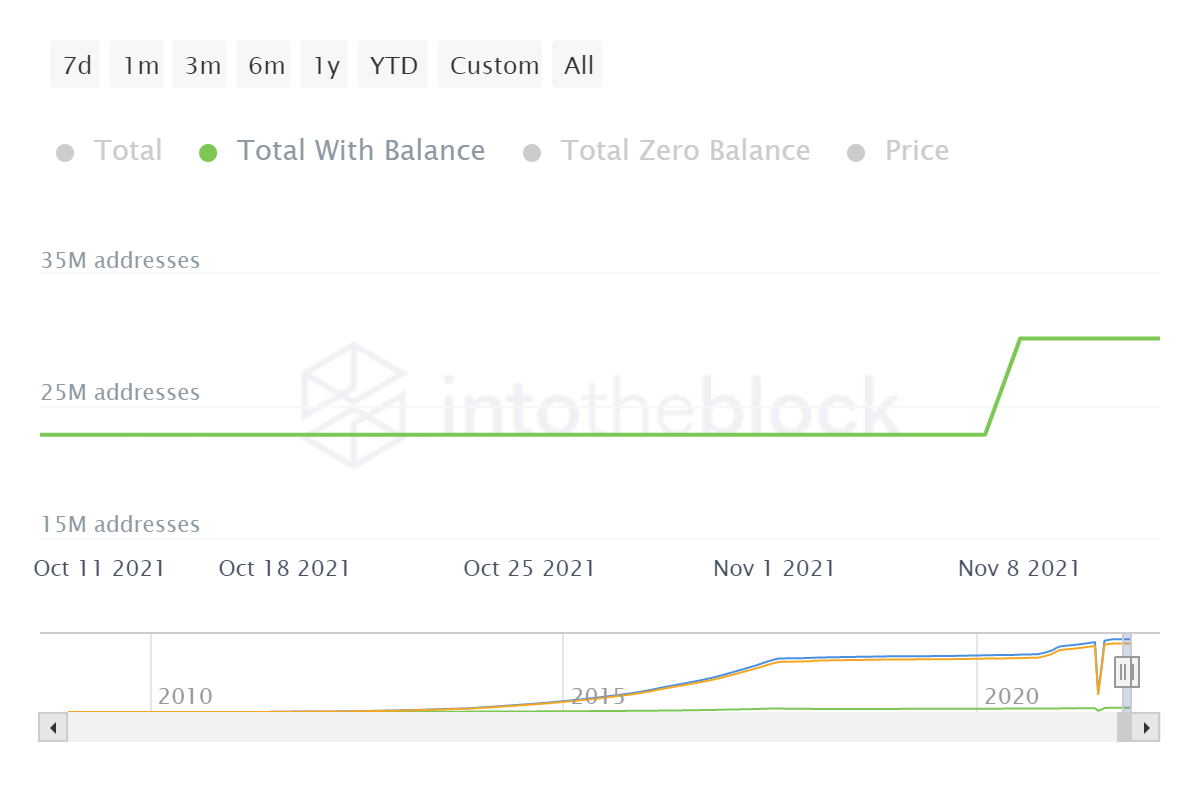 The surprising factor here is that on-chain data shows 0 traders present on the network post the 51% attack of August. Due to this, the coin is currently dominated by mid-term holders (20%) and long-term holders (70%). 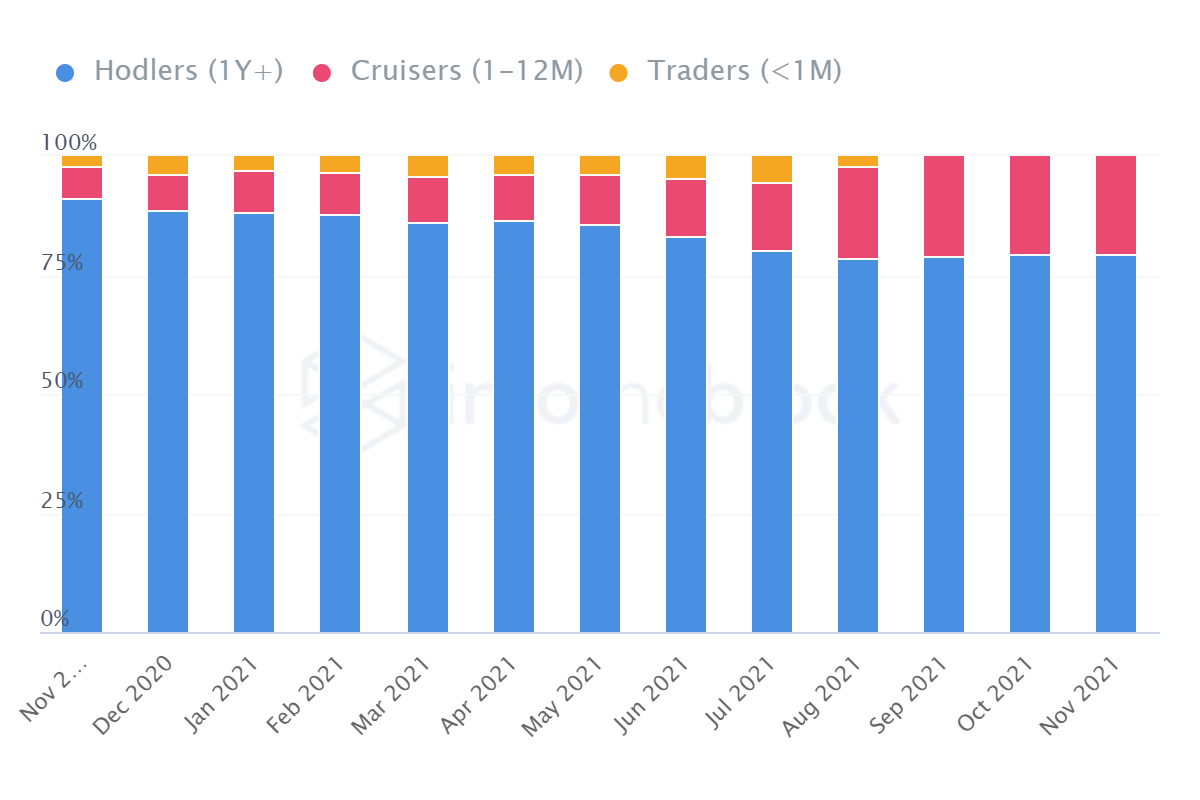 In conclusion, the anomalies observed with the token make it apparent that BSV is no longer as important as it used to be. But it will continue to be visible thanks to its 390 million loyal supporters.