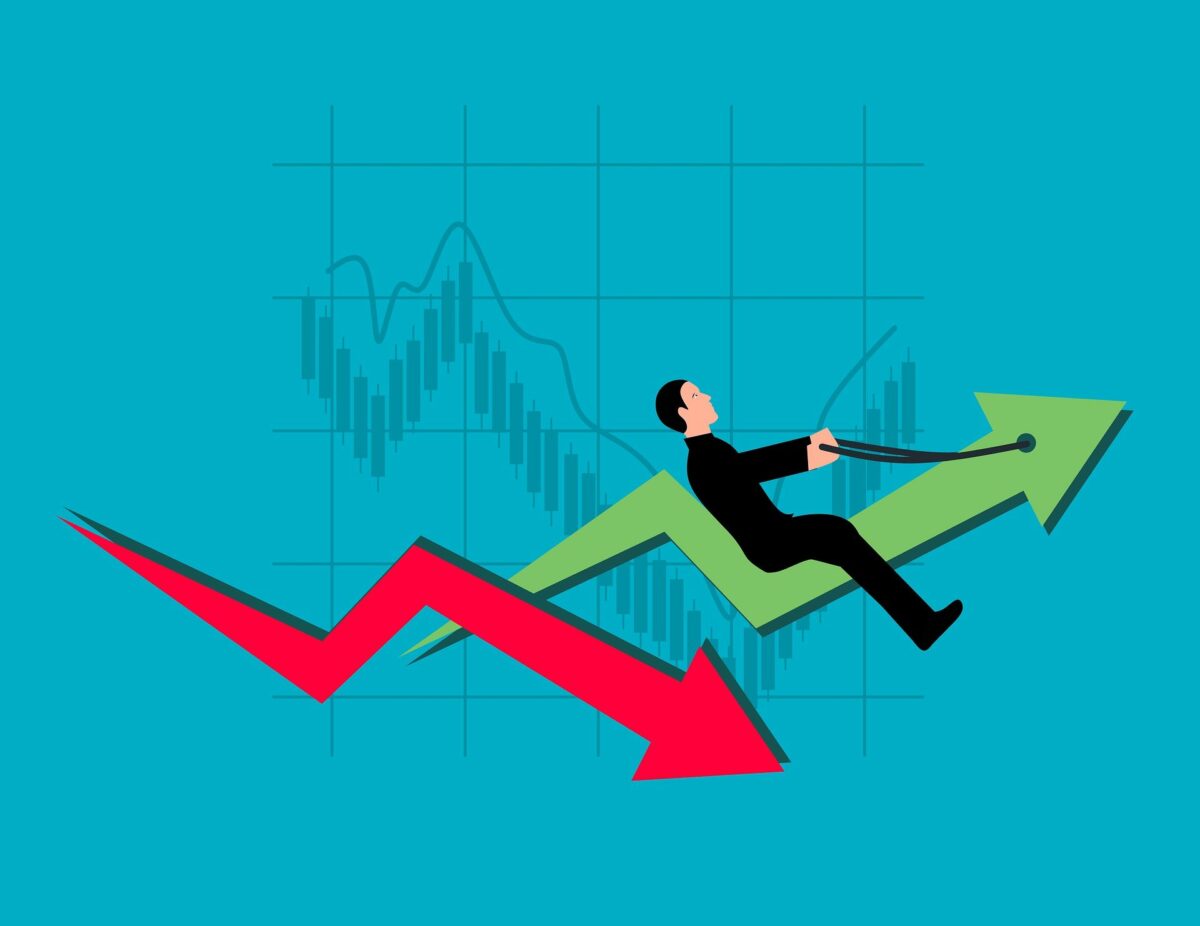 Fantom has been oscillating within its bounds for quite a while now, recovering from every fall. However, as today’s correction ensued the market observed an interesting behavior from investors who could once again help push Fantom back up

While for most altcoins the first half of November actually proved to be profitable, Fantom was one of the only few that made no progress at all throughout that period of time. In fact, with the market crashing, Fantom investors are only suffering more losses. 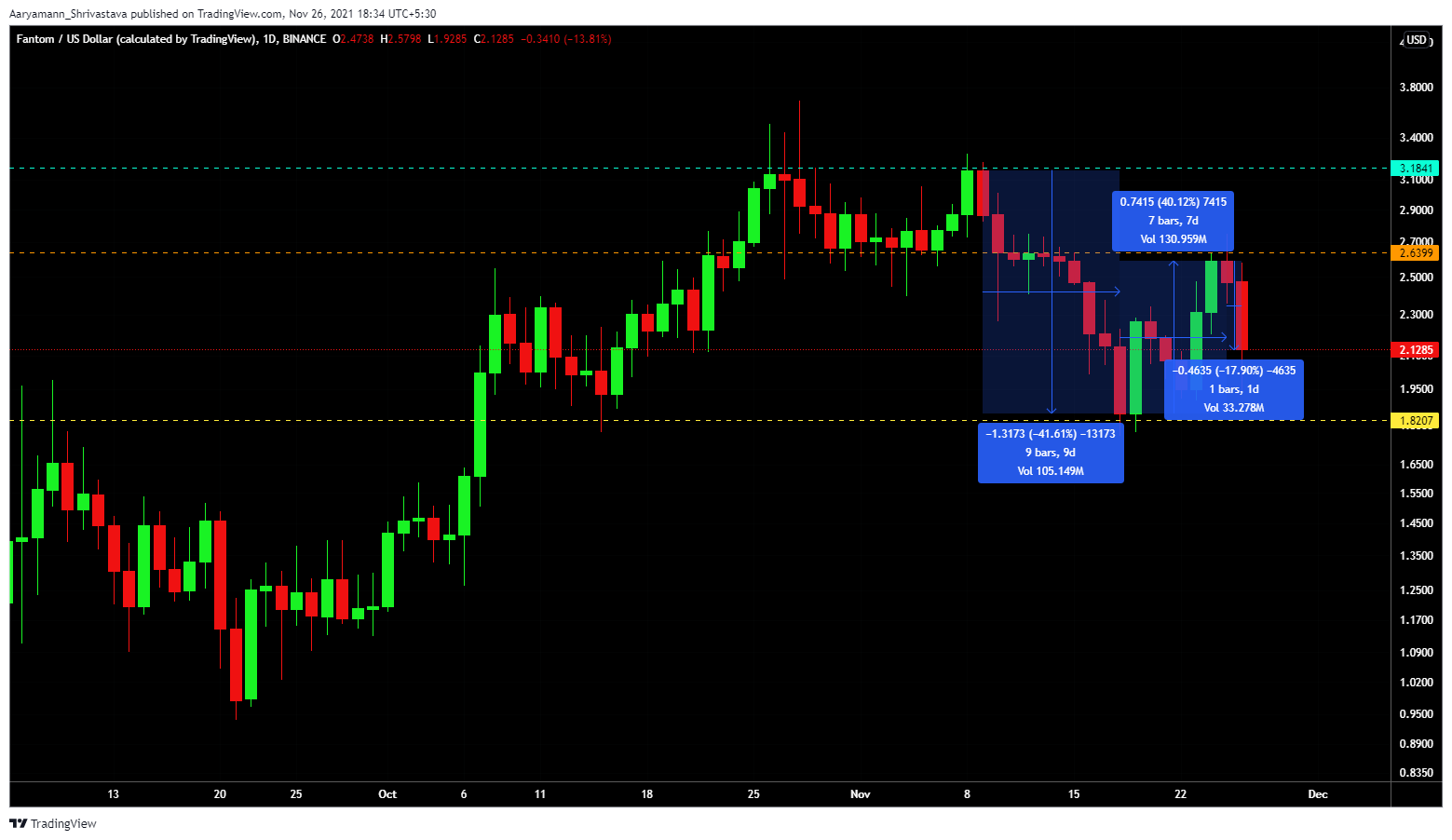 Not only that but even the average balance on every address has come down by 37% from 156k to $94k. Since the total addresses remain unchanged, it becomes apparent that this is the result of active losses. 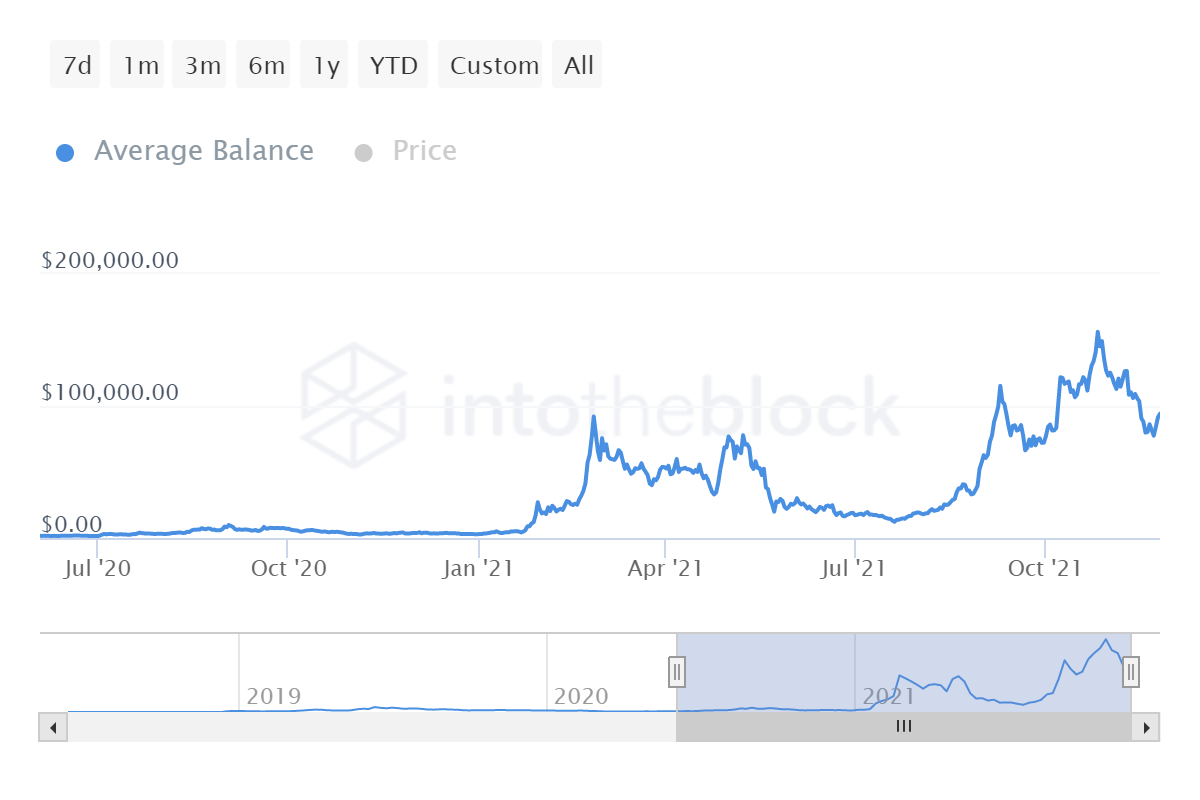 Thus, due to such volatility, FTM holders have resorted to HODLing their coins during periods of price fall and cashed out as soon as FTM made recovery.

Seemingly, that is exactly what they could be doing now. Given that the network has a 30% domination of STHs, they could be looking to pull out of the market before losses hit them.

In fact, even whales could possibly do this since for the entirety of the month their volumes have been averaging at $200 – $300 million. 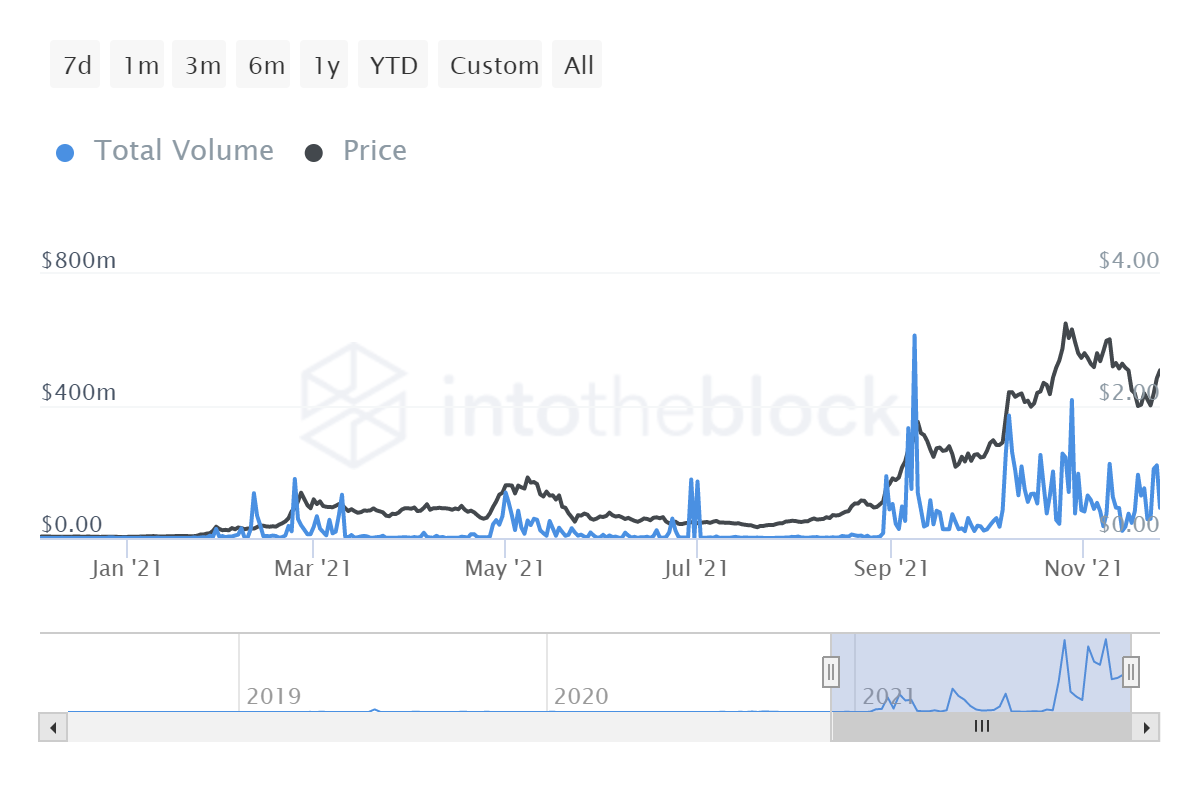 Somehow that is not the case. Investors are taking this as an opportunity to ‘buy the dip’ and get their hands on as much FTM as they can. 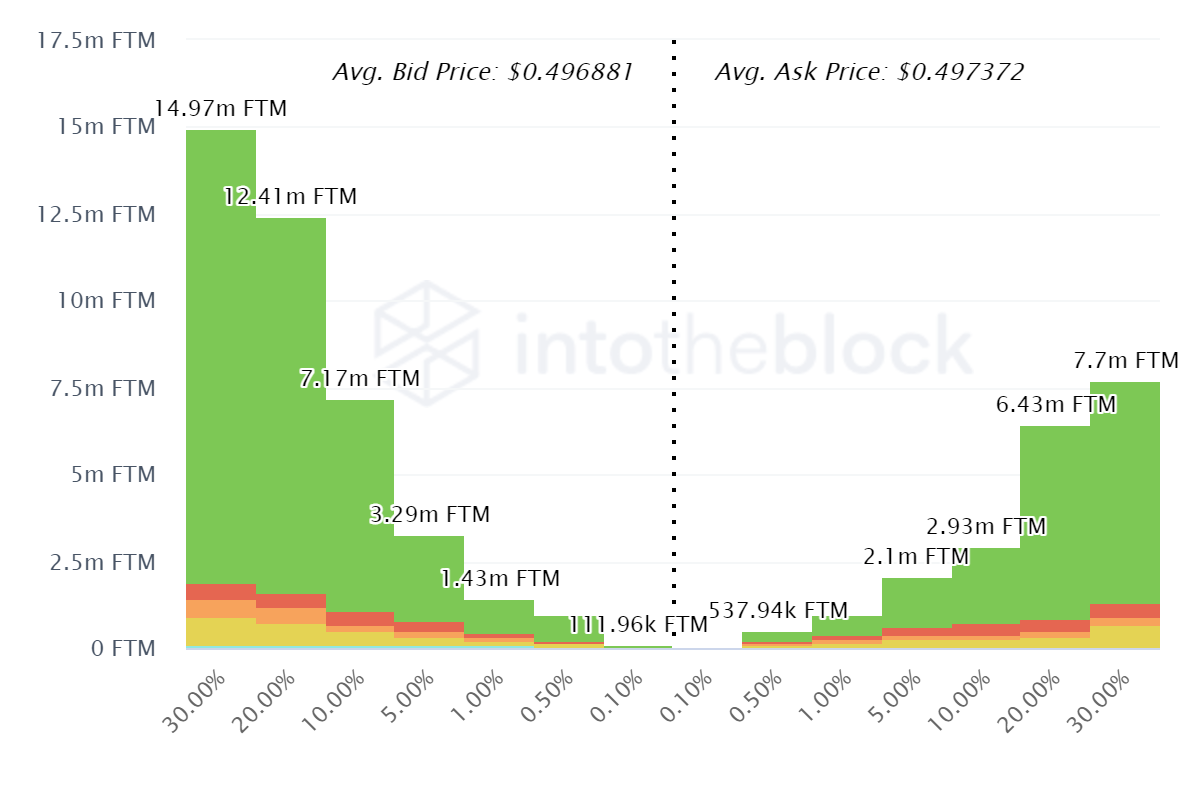 This could also explain the sudden explosion observed in the number of transactions and active addresses on the network. 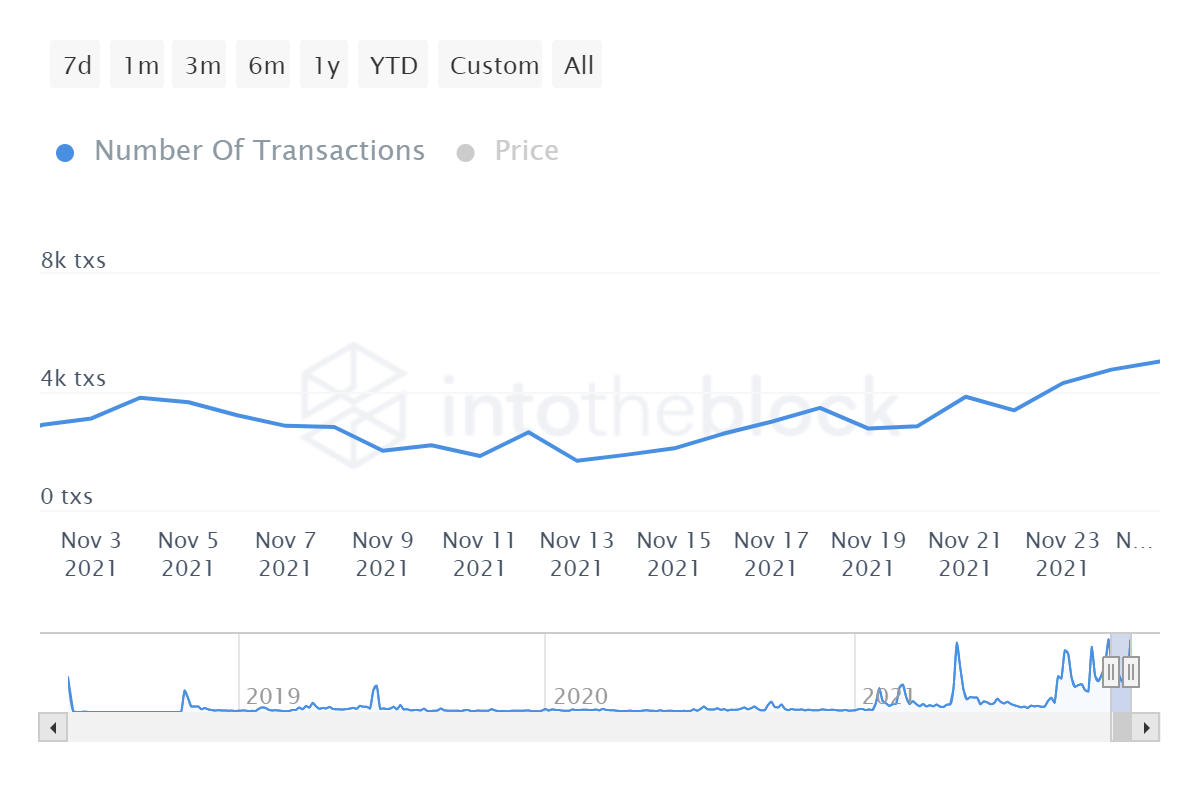 So while one would assume that investors would save themselves during a major dip, Fantom investors seem to be heading in the opposite direction and are looking at this as a good time to accumulate.