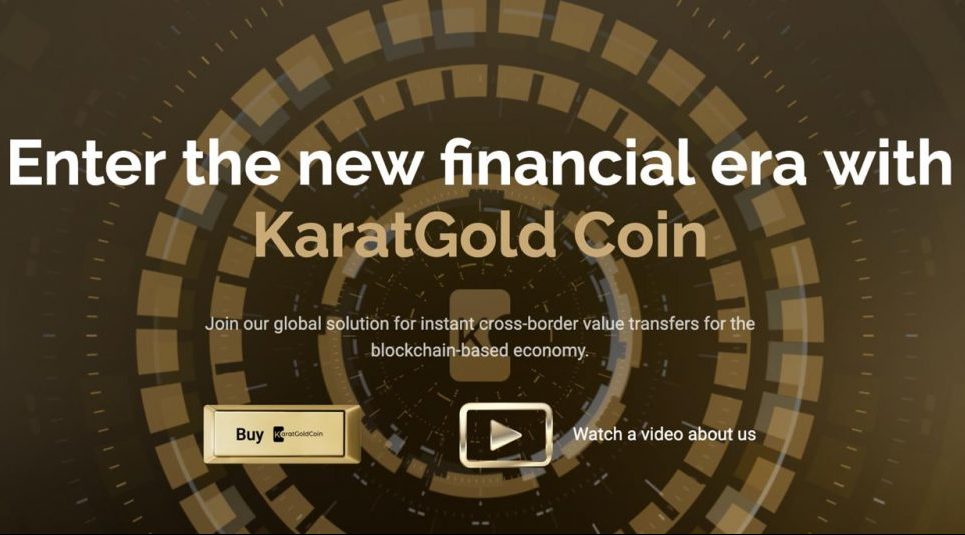 This is a paid publication.

The year of 2018 gave birth to a myriad of new blockchain projects, of which many chose the route of an initial coin offering (ICO) to get funded. When examining the substantial number of ICOs that emerged during the past year, you obviously stumble across thousands of ICOs which promised to provide creative solutions to all kinds of everyday problems.

Unfortunately, however, many companies that participated in the ICO hype later failed to keep their promises and subsequently turned out as a failure in the minds of many investors.

On the other side, we were also able to witness the rise of new cryptocurrencies that literally outperformed what was initially planned.

This new series will shed light on 2018’s most successful ICOs, whether they actually achieved was planned and if token holders should be scared about their investment.

In the course of our research, the KaratGold Coin [KBC], which raised about $100 million during late 2018, and its subsidiary cryptocurrency KaratCoinBank token [KCB], turned out as an interesting starting point. Recent scam allegations targeted towards the KaratCoinBank ecosystem are currently floating through the internet.

This article will discuss whether KaratCoinBank achieved its plans as stated in its official roadmap and whitepaper.

What does KaratCoinBank [KCB] do?

As stated in the official whitepaper of KaratCoin Bank, “The mission of KaratCoinBank is to create and develop a global infrastructure that will become a bridge between conventional and cryptocurrency financial systems. This will make KaratCoin Bank the center of the future economy built on blockchain technologies.”

The whitepaper also states that KaratCoinBank is currently creating an international payment system that will serve the blockchain-based economy.

Analyzing the roadmap of KCB

Creation of the KARATCOINBANK Token

The ICO phase is currently live, the token has been created on the Ethereum blockchain under the smart contract ID number: 0xe01dd5ee7dfbb48baf94b1c885faaa5bc6bbd70a

In accordance to the company, the application is currently in pending and to be confirmed in October 2019, as stated in the whitepaper. This is due to the fact the  ICO phase is still ongoing until October 1, 2019.

Acquisition of a majority share of the KARATGOLD Exchange

KCB acquired a majority stake of the KaratBIT exchange in July 2018 and launched in November 2018.

The KCB token was successfully integrated into the Karatgold eWallet, and was accessible until the end of January 2019.

Integration of KCB into the KARATGOLDAPP

KCB has been integrated into the Karatgold app in August 2018.

The company finalized the memorandum of understanding for the acquisition of “Fort Dauphin”, which is a goldmine in Madagascar. The memorandum was provided to us by the management of KaratCoin Bank and Karatgold Coin.

Completion of development and testing of The KaratGold Coin Cryptocurrency Exchange

According to a statement of Karatgold Coin, the company completed testing in October 2018.

Beginning of the development of KARATCOINBANK ATMs

The approval for the development of KaratCoinBank’s native ATMs [CEM – CashGold Exchange Machines] is publicly accessible.

Establishment of the KARATGOLD SECURITY House, which is going to operate at the appropriate level of security and on the same principles as Fort Knox does.

According to the company, the research for its own “Karatgold Security House” was started in different countries. Numerous coordination processes are currently underway in order to meet safety standards. Completion of this point is planned by August / September 2020, after the investment of $500 million for the development of the Gold Mine “Fort Dauphin“ in Madagaskar. In addition, a separate “Gold Vault” is currently being developed on a blockchain basis.

The development of the software started in February according to KaratgoldCoin statements. The software tests will be completed in August 2019 and the final launch is expected to be in October 2019 on its own Mainnet protocol [Karatnet]. The company stated to provide public documentation shortly.

According to KaratCoin Bank, the company developed a new method to ensure stable prices, which enables a certain amount of tokens [UNV – BUNV] to be representative for 0.1g Gold, provided by Karatbars International CashGold.

The Voice-over-Blockchain Smartphone IMpulse K1 and the K-Merchant crypto payment system, which offer integration to the KCB token, were developed and presented on March 30, 2019, in Dubai. These projects were not included in the intial roadmap.

KARATCOIN Bank to be approved as a fully licensed financial institution

According to representatives of the company, this process is currently proceeding according to plan.

According to the company, this process is currently proceeding according to the initial plan. A hard fork, which is planned to merge the KaratCoin Bank token [KCB] and KaratGold Coin [KBC], is scheduled.

Investment in the KBC FOUNDATION GOLD MINE “Fort Dauphin” in Madagascar

According to Karatgold Coin, this process is currently proceeding according to the initial plan.

Beginning of the global rollout of the KARATCOINBANK ATMs

According to the company, this process is currently proceeding according to plan. A representative assumes that this will already take place in October 2019.

Creation of the KARATCOINBANK credit card

As stated by a representative, this process is currently proceeding according to the initial plan. It was assumed that this will already take place in September / Oktober 2019.

According to the company, this process is currently proceeding as planned. It is also assumed that this will take place in September / Oktober 2018.

At this stage, it is, of course, only possible to evaluate the roadmap of the KCB whitepaper until July 2019. We are currently unable to report any information on the future implementation of the plans after the termination of the ICO on 1 October 2019 – such as the development of the mine in Madagascar or the development of KaratgoldCoins own security house.

As far as time goes, KaratCoinBank seems to keep up to their promises. Moreover, the project was able to prove itself by achieving additional milestones like the IMpulse K1 Phone, K-Merchant and the own Mainnet. Almost all announcements have been completed, while it remains to be seen if the project is able to fulfill its promises for the next month as well.