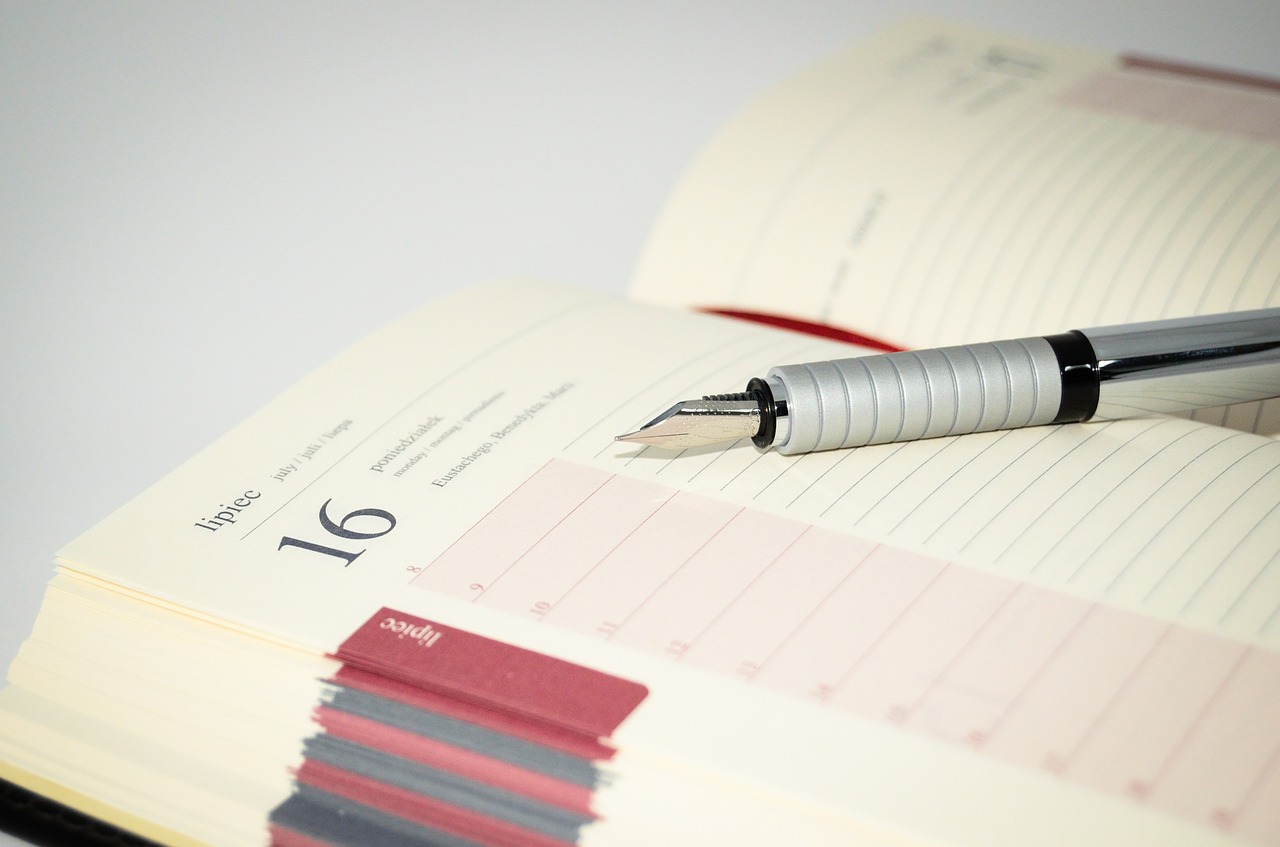 Bitcoin has grown by leaps and bounds over the past three months, with its returns extremely inviting for most. This is one of the reasons why Bitcoin has been able to attract investors, despite the price being relatively sky-high. When compared to traditional assets, Bitcoin’s returns, year-to-date, are gargantuan.

Bitcoin was giving its investors YTD returns of 53.8 percent, at press time, and if one compares this to monetary metals like gold – the divide becomes extremely clear since gold’s YTD returns are just -6.73 percent. 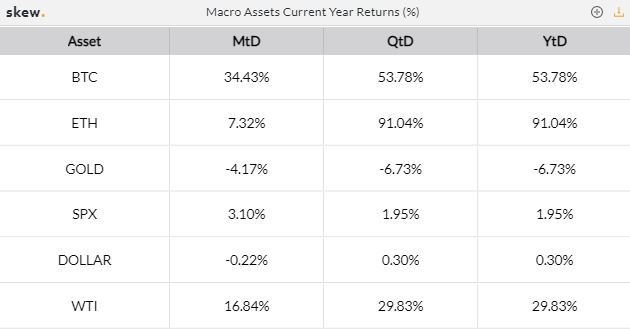 However, the ‘buy low, sell high’ mantra seemed to be skewed in the case of Bitcoin thanks to the coin’s recent ability to go past its previous ATHs with no intention of revisiting them.

While Bitcoin did face a strong correction a few days ago and was trading under $48k at press time, revisits to price points it frequented a few years ago don’t seem too likely. This is also one of the reasons why investors are constantly on the lookout for when the right time is for new investors to enter the Bitcoin market and when is the most opportune time to make exits.

In the short-term, this is extremely difficult to predict and there can be no logical claim to suggest that certain timeframes are better than others. However, taking a look at the coin’s historic price action may offer a few insights. 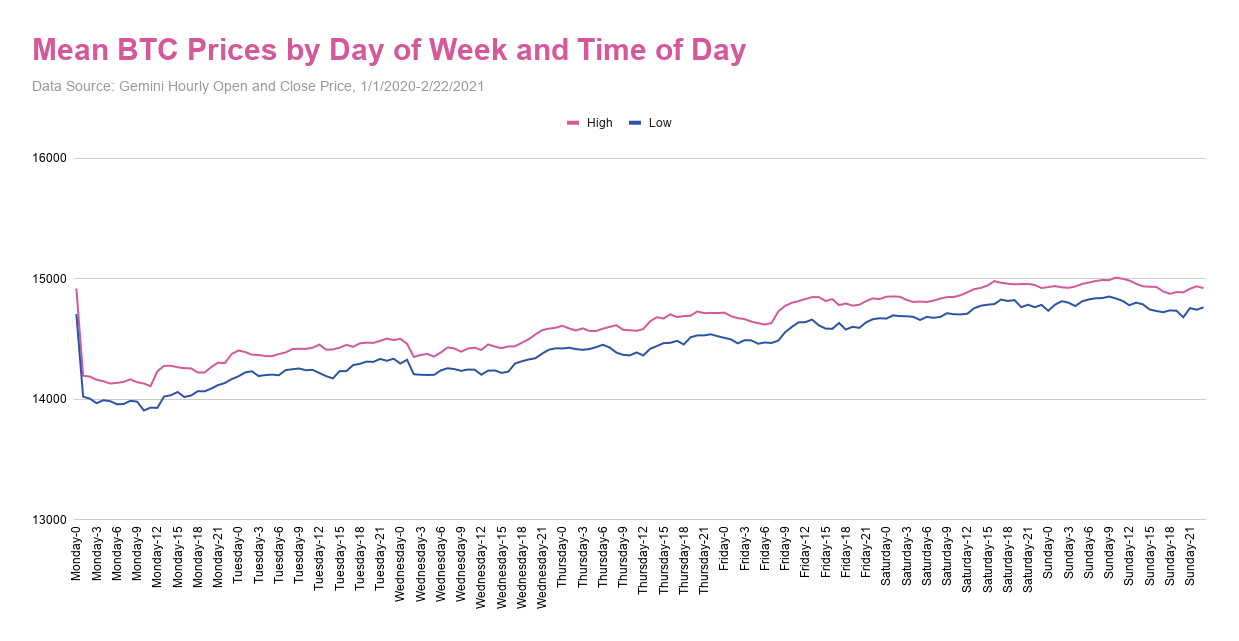 LongHash’s recent report on Bitcoin’s price patterns across the week took into consideration data right from the start of 2020 to date and noted that Bitcoin has tended to start low, and its price has had a historical record of climbing slowly over the course of the week. The report pointed out that,

“On average, Bitcoin has tended to start low, and its price climbs slowly over the course of the week. On average, it has reached its weekly high point on Saturdays or Sundays. Overall, it’s remarkable how steady the pattern is — there aren’t major swings to exploit, just a smooth upward trend.” 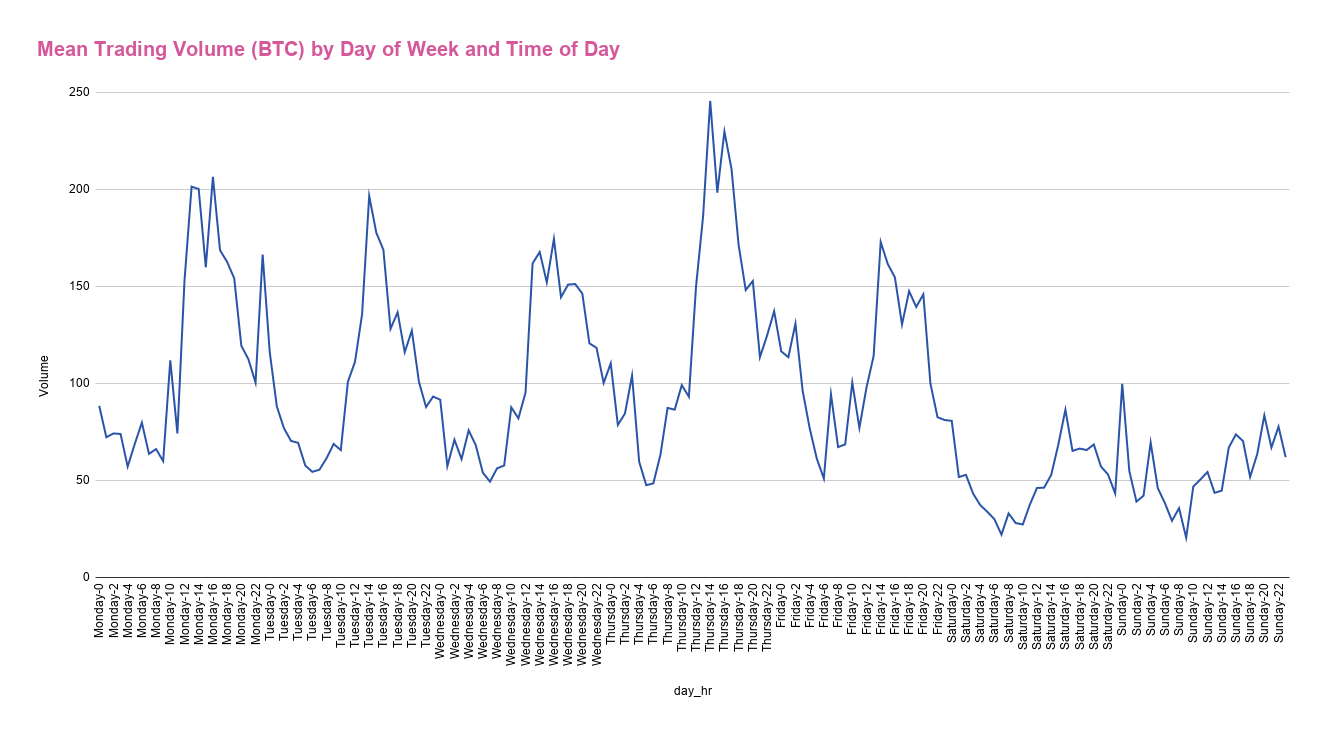 For the timeframe analyzed, LongHash concluded that the price has a tendency of peaking in the weekend on average. On closer inspection of Bitcoin’s trading volume on the basis of the time of the day and day of the week, LongHash’s data pointed out,

“Trading seems to peak around 16:00 UTC (11 AM EST) on workdays, which makes sense — the Gemini exchange caters primarily to North American and European users, so spikes at times when their regular working hours overlap make sense. Trading volumes are, on average, lower on the weekends, which also makes sense.”

In a previous article, it had been noted that when one is analyzing trading sessions of assets like Bitcoin one has to also take into consideration ‘lull periods’ in which there is less trading activity across regions and that “a lot of variation was observed in the Asian and the U.S sessions for 2019 and 2020.” Taking into account region-specific trading patterns gives us a better understanding of the Bitcoin market and its traders.

While past precedents can be taken to understand the historical movement of the coin’s price, it in no way serves as a form of predicting the future. For a coin as volatile as Bitcoin, much of its market is still in the price discovery mode. Given the increasing interest in digital assets and Bitcoin’s growth as a result of institutional investors coming in, the coin’s price is likely to rise on the charts (Despite being punctuated by minor price corrections) towards yet another ATH.

How is this central bank policy making Bitcoin more attractive?