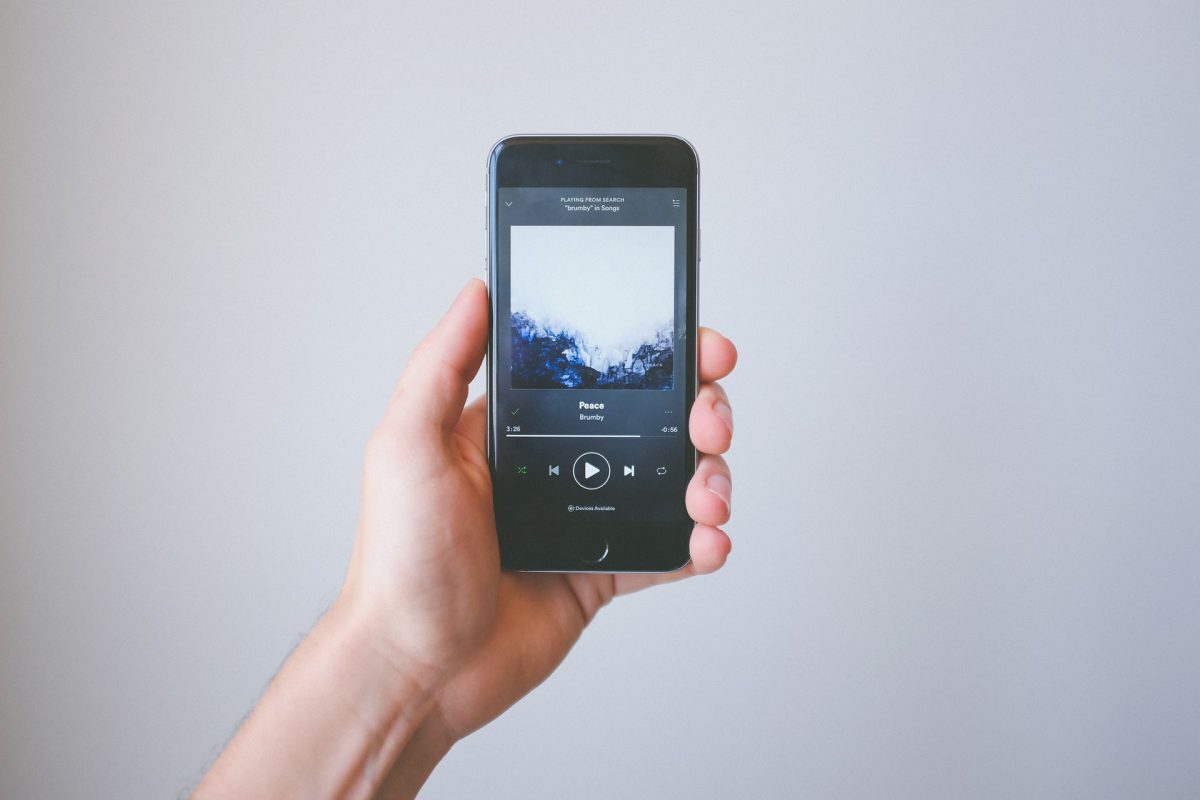 The price rally triggered by the wall street investment spillover, or Elon Musk’s updated bio may have reset Bitcoin’s on-chain indicators. It is likely that the price may reset or rewind in the following weeks. MVRV Zscore chart has allowed Realized Cap, represented by the orange line in the following chart, to catch up with Market Cap, represented by a blue line and that has moved this indicator back to a healthier range, away from the red zone which would have signaled a macro top. 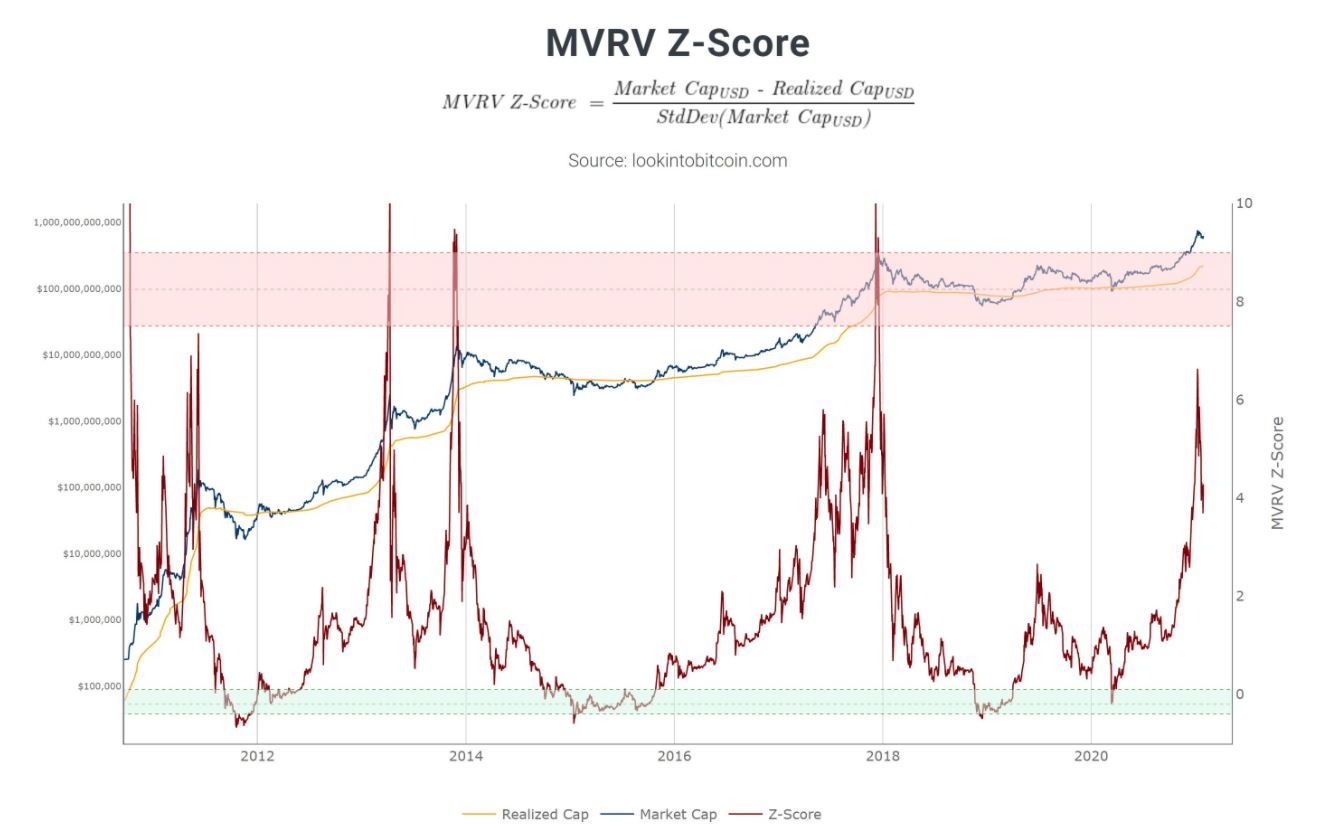 This has reset the entire sentiment of Bitcoin’s price rally based on the MVRV Z-Score chart. There have been more firsts this week, resetting the progress from before. Binance and Coinbase put together are bigger than the London Stock Exchange and Deutsche Borse. Uniswap, a DeFi project is bigger than eTrade and DCG is bigger than Interactive Brokers. Based on these updates, it is possible that there is no need for institutions. Until last week there was a question of dropping institutional demand, and based on CME’s OI, more institutions are short on Bitcoin than before. 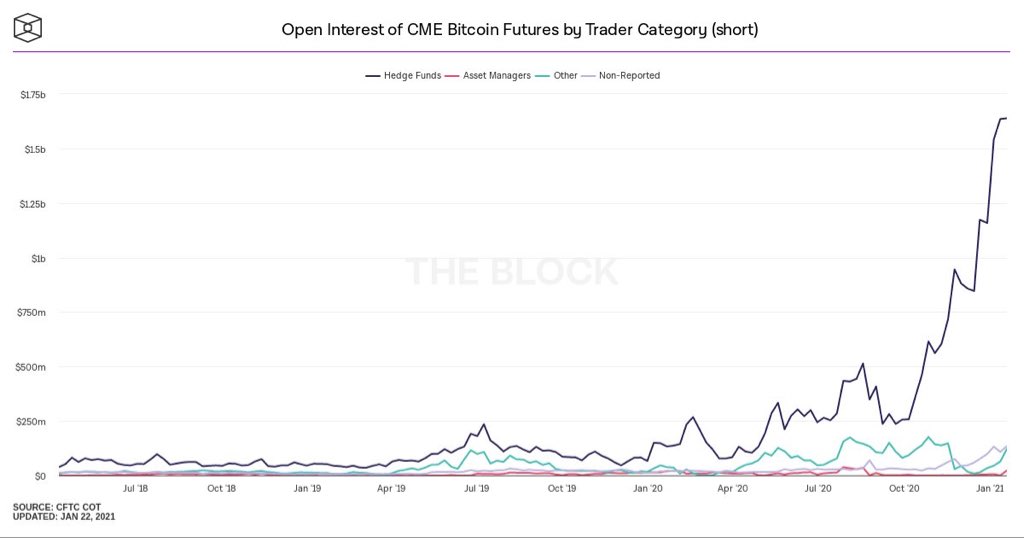 Additionally, it is interesting to watch how the investment is flowing from Dogecoin to other altcoins, when Bitcoin rallies at the same time. The entire market capitalization has appreciated and Bitcoin’s price is more volatile than it was in the past 2 weeks and this may be a reset, at least as long as the momentum lasts.

In his recent article, Ray Dalio expressed his views on Bitcoin and suggested that it is an alternative asset to gold, and there are two scenarios to consider. The first scenario involves 10 to 50 percent of private holdings of investors were shifted from gold to Bitcoin for diversification. The second being, the 10 to 20 percent of people who built Bitcoin, diversifying into other assets like gold and stocks. In these two scenarios, if there were regulatory uncertainties and the government prohibited the use of Bitcoin, then investment flow would decrease as it would flow into gold, stocks, and other options, rather than Bitcoin. However, in all prospective scenarios, Bitcoin looks like a long-term option. The price may reset or rewind, the volatility and momentum may be here to stay.

Ripple’s response to SEC has its merits according to lawyer

Here’s why you should keep an eye on Uniswap