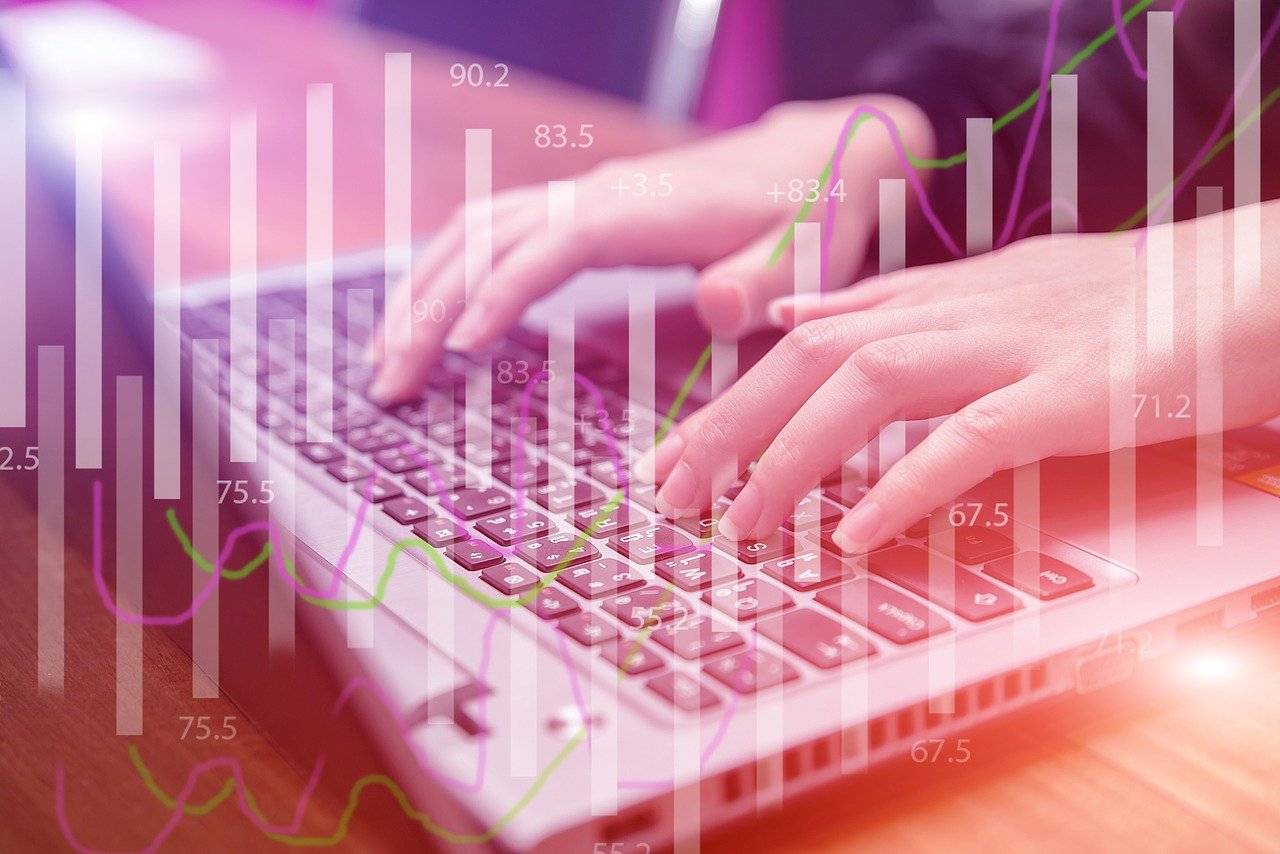 If you discount the Elon Musk-precipitated hike, the last week hasn’t exactly been great for Bitcoin’s market. In fact, in the eyes of many, it has barely been good – a relative perception (obviously), one fostered by the world’s largest cryptocurrency’s overperformance between 12 December 2020 and 8 January 2021.

Bitcoin, over a ten-day period, was strictly rangebound. And, it wasn’t just Bitcoin either, with Ethereum too rangebound right below its 2018-ATH on the charts.

However, contrary to what maximalists or ETH-proponents would have you believe, there’s more to the crypto-market than just Bitcoin or Ethereum. The recent performance of the DeFi market is a case in point, with Uniswap especially “outperforming” on most parameters.

Uniswap, one of the pioneers of the Automated Market Maker (AMM) models, had a Total Value Locked figure of over $3.20 billion, at the time of writing, with the DEX holding a market share of over 40% too.

However, TVL alone is often not enough to give a complete picture. In fact, as observed by IntoTheBlock, while TVL often only gives an insight into the supply-side of the equation, it can be used to assess the liquidity of the platform.

Consider this – For two months, liquidity providers received UNI rewards under Uniswap’s liquidity mining rewards program. What happened after? Well, as soon as the incentive program ended, its liquidity dropped by 58%. 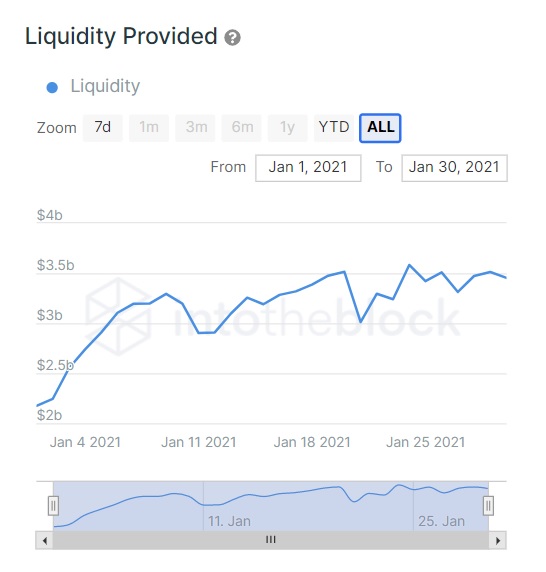 Now, for a DEX, a 58% drop in liquidity is dramatic. However, Uniswap recovered, with the same rising to new heights in the month of January. In fact, its weekly trade volumes of $1.3 billion recently surpassed its previous ATH too, an ATH last set during the “DeFi Summer” last year.

That’s not all, however, with other metrics coming into play as well. According to IntoTheBlock’s latest newsletter, daily active addresses rose to as high as 7.89k a few days ago. What’s more, the number of large (>$100,000) UNI transactions grew from 139 to 737 on the 27th of January.

The exponential surge in the same metric is perhaps evidence of the fact that retail alone isn’t responsible for the surging popularity of the DeFi space, and by extension, Uniswap.

Finally, there’s the matter of perpetual swaps as well. Like a lot of other indicators, derivatives volumes can be used to gauge how strong the ongoing price trend is in any market. According to the crypto-analytics platform, since the UNI price rally began in January, volumes for the perpetual swaps have risen by over 463%, climbing to a new ATH of $2.68 billion a few days ago.

What does this imply? Well, at its simplest, it points to price validation by UNI’s traders, a conclusion that can be backed up by the fact that since the “DeFi Winter” came to a close two months ago, the DeFi token’s price has risen by an astronomical 1,360%.

All the above point to Uniswap’s recent performances being backed by strong fundamentals and indicators. With optimism around the launch of version 3.0 peaking, these are bound to emerge stronger.

Ergo, it would be a good idea to keep an eye on Uniswap and by extension, the DeFi space. After all, when the market’s top coins revert to move around their consolidating patterns, what else will provide the much-needed spark to the market?