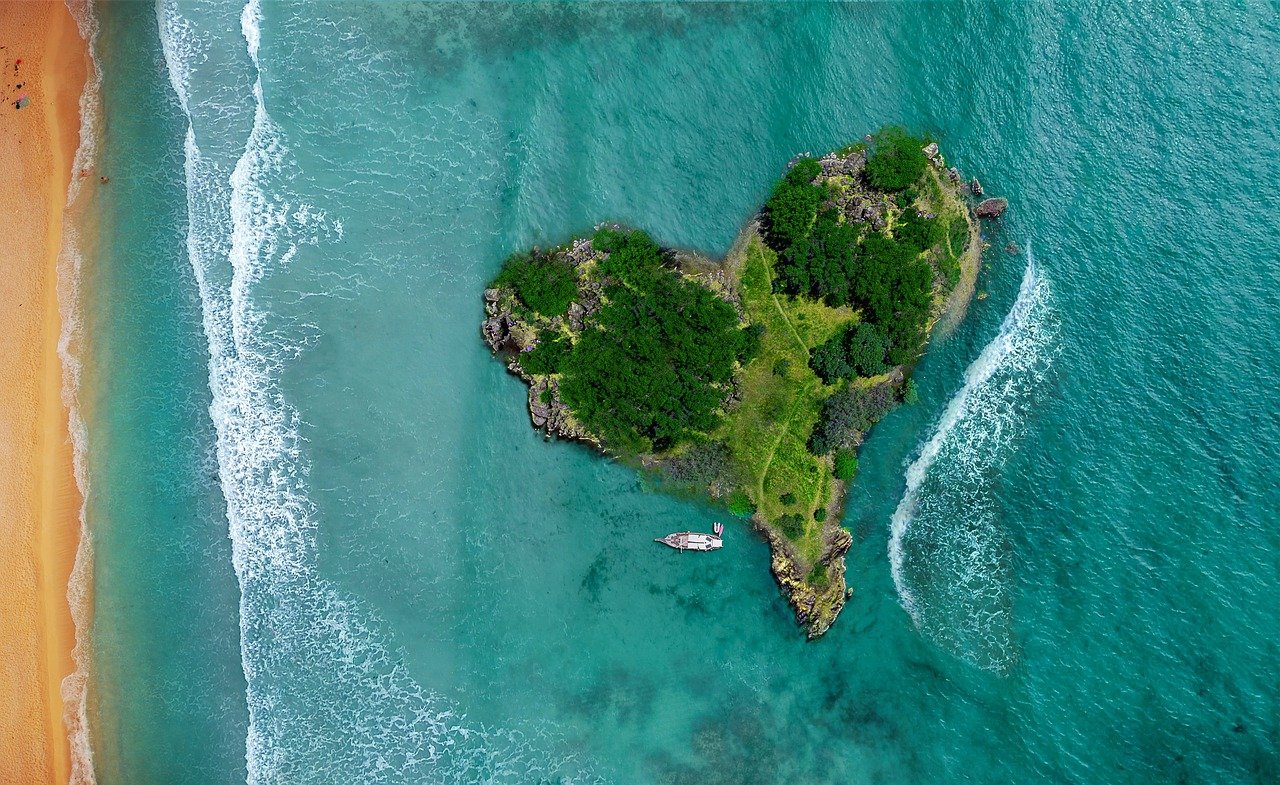 Earlier today, Bitcoin’s record-breaking surge to the $34,000-mark made headlines across mainstream media platforms, which attracted long-time Bitcoin critic Peter Schiff to comment on the same. The gold advocate recently took to Twitter and said:

It seems like a pretty good indicator of a market top. 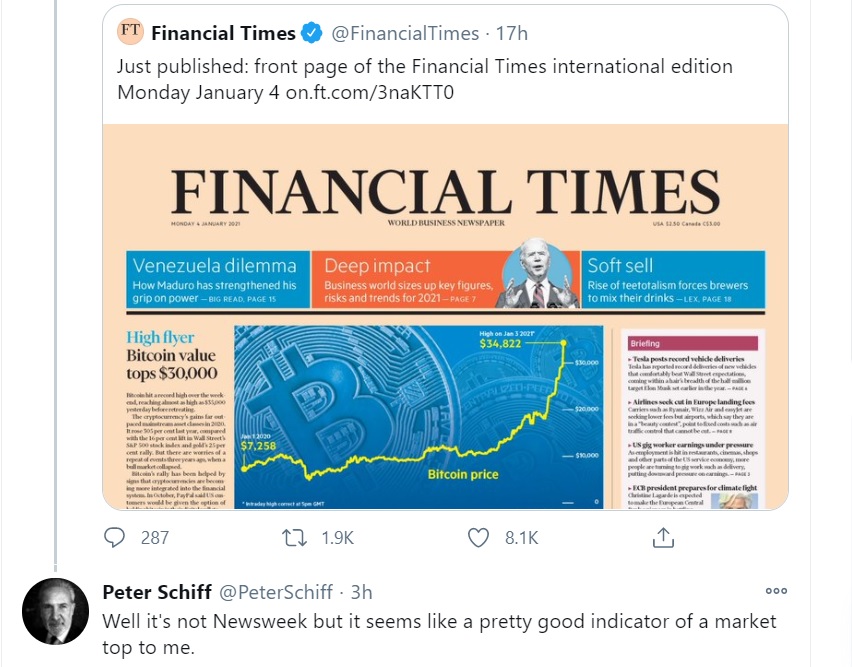 Schiff has been known to criticize the popular asset and has also called it a bubble as well as a Pyramid scheme and believed that BTC holders are compelled to convince other users to purchase the crypto. At the same time, the gold-bug clarified that he was not biased against Bitcoin because of his own interest in SchiffGold, where he is Chairman.

However, the latest comment from the critic is the closest he has come to make a positive statement about Bitcoin, which left some Twitter users wondering whether Schiff has now changed his views on the asset. Schiff’s persistent Bitcoin-related tweets have attracted social media trolling in the past making some users question whether the critic actually favors Bitcoin and instead pretends to be an advocate for gold.

Recently, on 31 December, Schiff seemed to give an overview of the asset’s performance and noted that Bitcoin had risen “about 4x in 2020” but said:

Bitcoin pumpers like to compare this gain to the more modest 24% rise in gold. But as a safe haven/store of value, gold and Bitcoin have nothing in common.

At the time he compared the assets to Tesla’s performance, which rose “7x in 2020” with Schiff stating:

If you want to gamble, Tesla gives you better action!

During the week before New Year’s, Schiff was ranked as the second most influential Bitcoin figure according to social media analytics platform Lunarcrush. The ranking was based on his Bitcoin-related tweets which garnered much engagement during that week.

Related Topics:Peter Schiff
Up Next

Two reasons why it was wrong to write off Litecoin, Bitcoin Cash