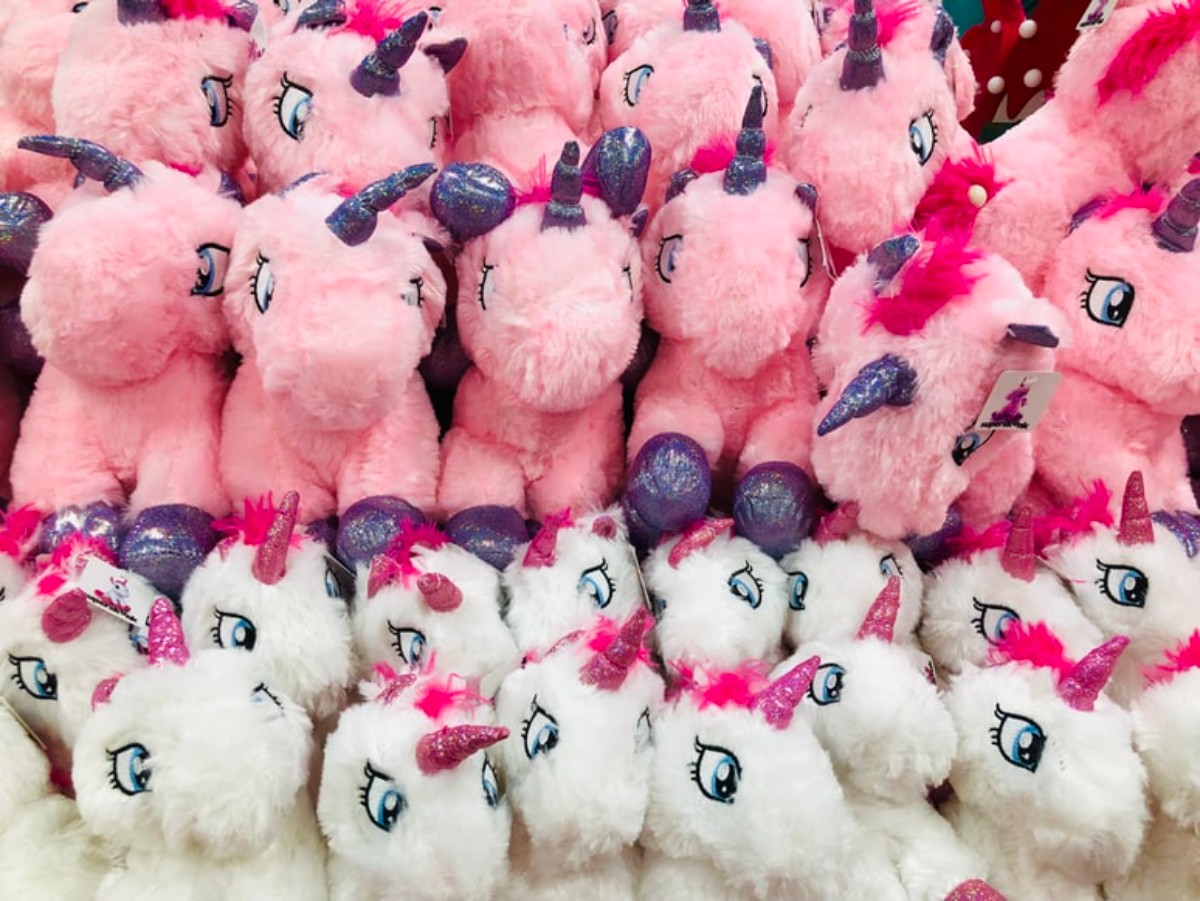 Uniswap yesterday announced its plans for rebranding the three different functions it served by giving its appearance a unique identity. And whilst it sounds great, it doesn’t seem to have done much for the protocol or its token. UNI has been in a rut for quite a while and now it looks like it is about to lose its position.

Uniswap is about to be flipped

The Ethereum DeFi protocol’s token has seen significant growth this year. Building on the same growth brought the token among the top 15 cryptocurrencies. Albeit being #15, its presence on the list left a mark in the crypto space for its competitive tokens to watch out for.

But it seems like UNI is about to be expelled from that very list because of the lack of movement observed over the last few weeks.

While the rally of August pushed UNI ahead of many altcoins, its performance since has been lackluster at best. The coin has been consolidated under $27.6 since the beginning of September and has only seen falls below the support line but no breaches of the resistance ever. 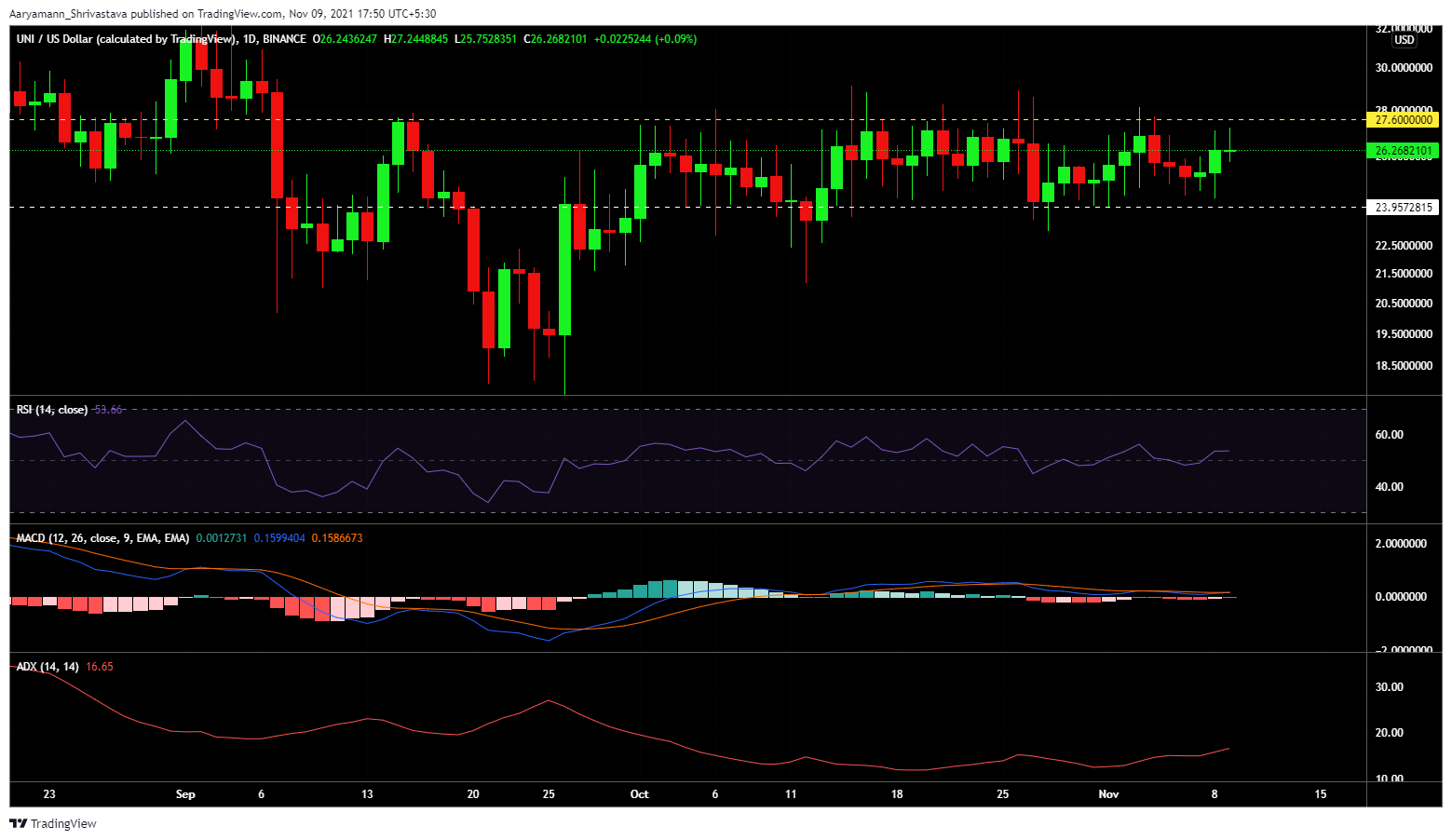 Even at the time of this report, the price indicators show no particular sign of a price rise. MACD is neutral, ADX has been under the threshold for a month now, indicating no sudden change in trend and RSI too continues to linger in the neutral zone.

Uniswap already has less than a thousand active users a day. And now the altcoin is bringing no profits whatsoever, as is visible on the chart below. Moreover, it is about to be flipped by Chainlink. These factors may motivate investors to leave the protocol and invest elsewhere. 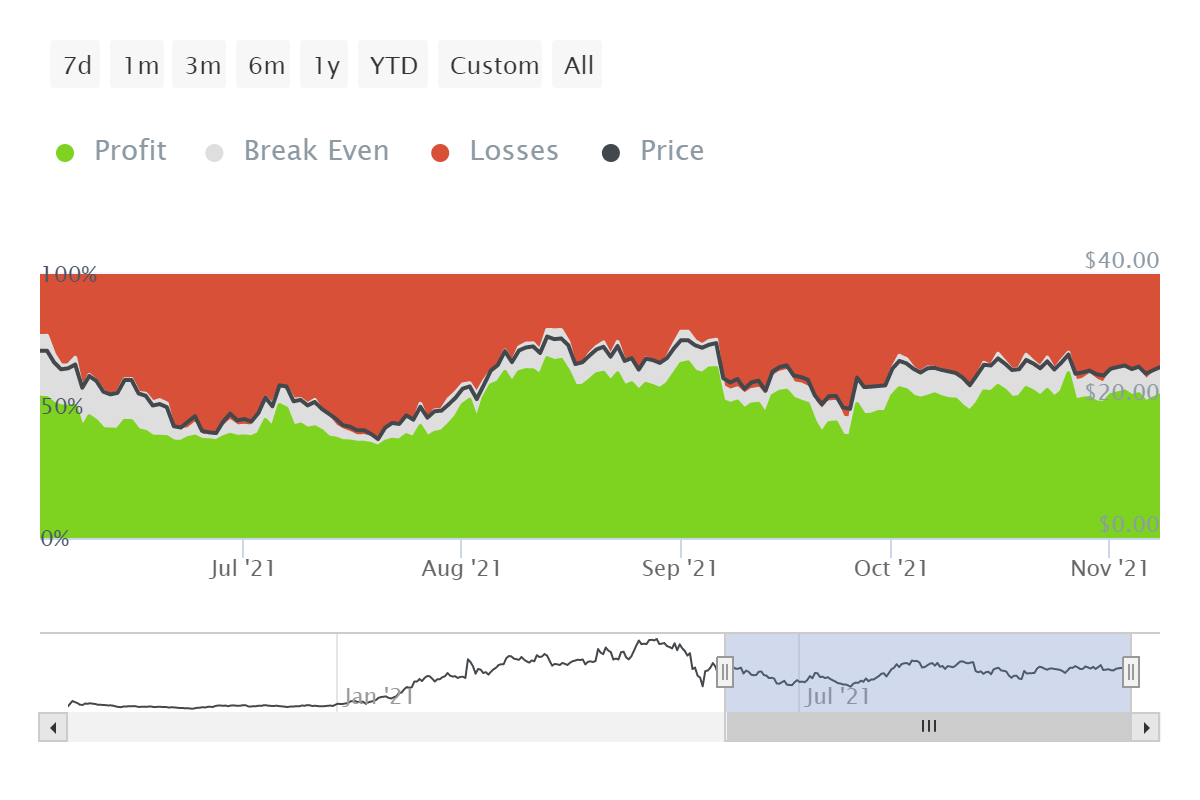 As it is, the coin is dominated by whales holding more than 50% of the supply. With over 96% of the supply held by the top 1% addresses, it becomes apparent why investors are not willing to invest either, which is why the addresses have not seen growth in months. 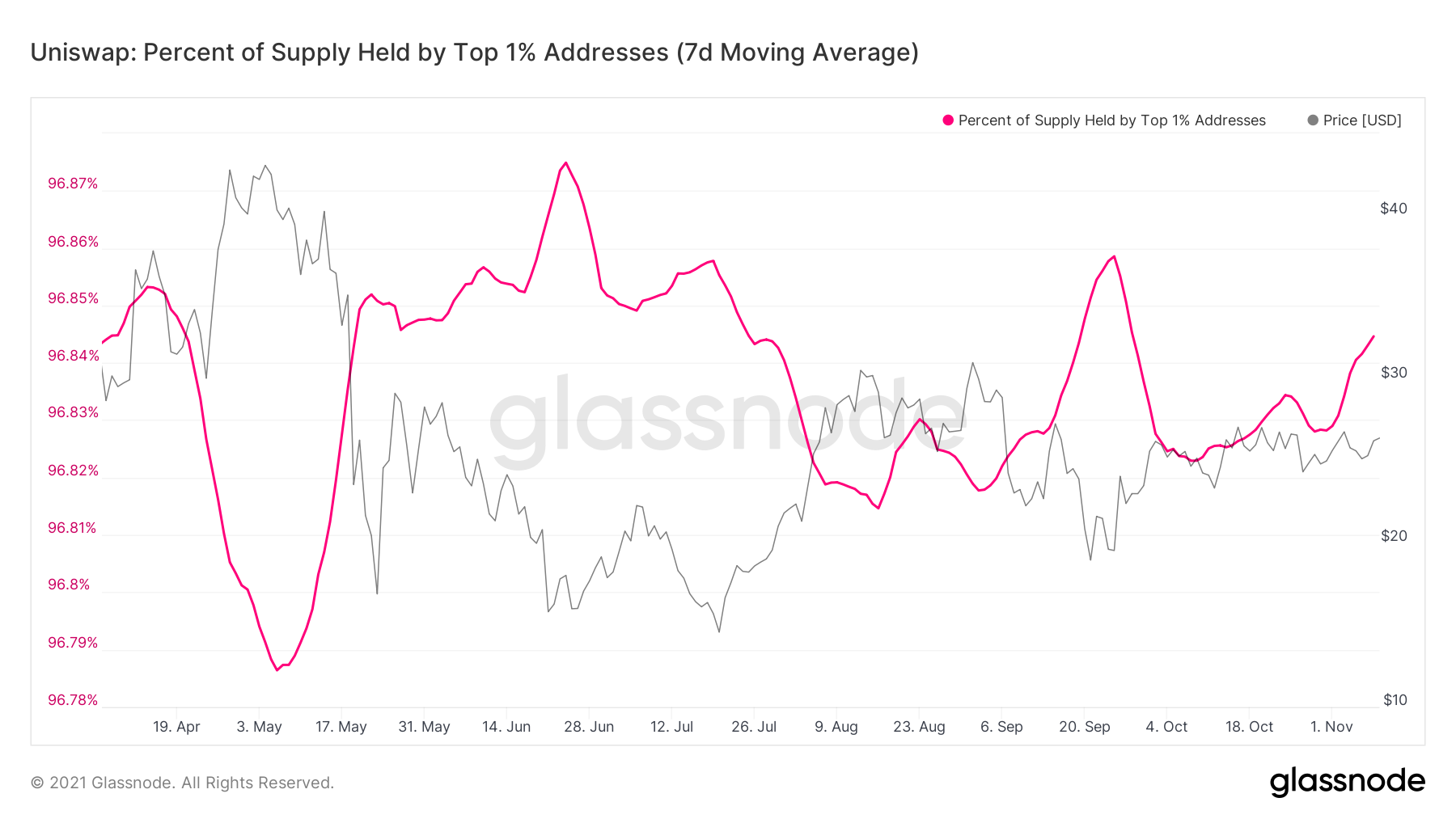 In fact, the whales too have not been as active and have moved no more than $15 million at most in the last 2 months.

Uniswap has not moved and neither  investors nor the network seem to change that. Ergo, there’s a good chance that it will be flipped by Chainlink since the latter is on a rise, and was up by 7% in 24 hours.

France looks into CBDC for wholesale use, ‘more work needed’ to study impact

Bitcoin spot ETF may be ‘industry’s holy grail,’ but when can it be expected