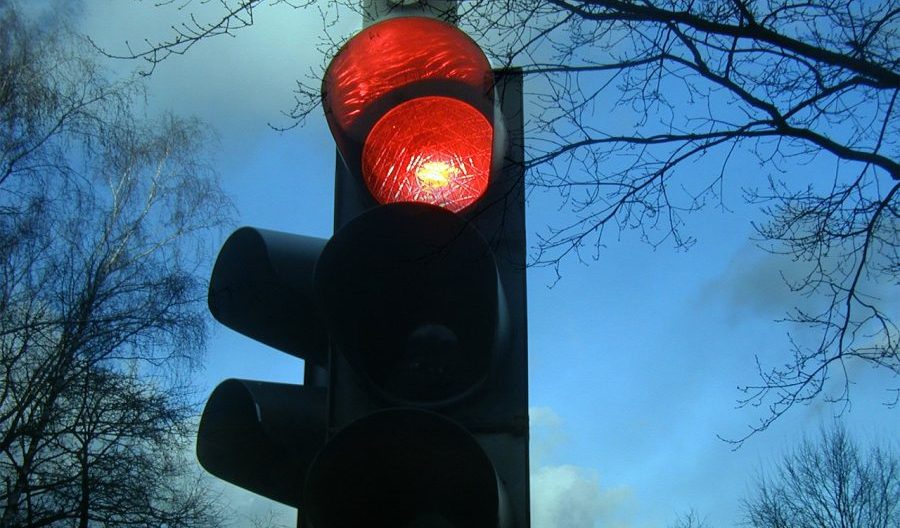 Since the beginning of Bitcoin’s bull run, web traffic across crypto exchanges like Binance, Coinbase, Kraken have seen numbers double and triple. Simultaneously, altcoins started surging, and with increased institutional interest in Bitcoin, the prices of the king coin and other alts also appreciated over the past 6 months.

Distribution of web traffic to crypto exchanges in April 2021. Web traffic to Top 70 most popular exchanges was analyzed. @binance dominates with almost 50% of the global crypto web traffic. pic.twitter.com/JvBdIZxRa7

As observed, Binance dominated almost 50% of the global crypto web traffic in April. It accounted for 450M visits in terms of users’ operations. Compared to other exchanges web traffic skyrocketed to 43% in a matter of a month.

Contrasting it with the month of March 2021, we can see that visits to the site had more than doubled.

The month of April witnessed a significant increase in the total web traffic percentage compared to that of March, which had registered only a 9% increase from the previous month. The following surge could be attributed to various factors. The rise in the dominance of Altcoins can be one of the catalysts. Ethereum hitting its ATH, other altcoins that moved up in terms of dominance were XRP and DOGE. XRP and DOGE saw hyped-based rallies carrying the price higher which resulted in sentiments turning bullish for the coins.

Google trends for the top 10 altcoins shows that interest in coins such as dogecoin, XRP, Ethereum, Litecoin has definitely increased over the past two months. 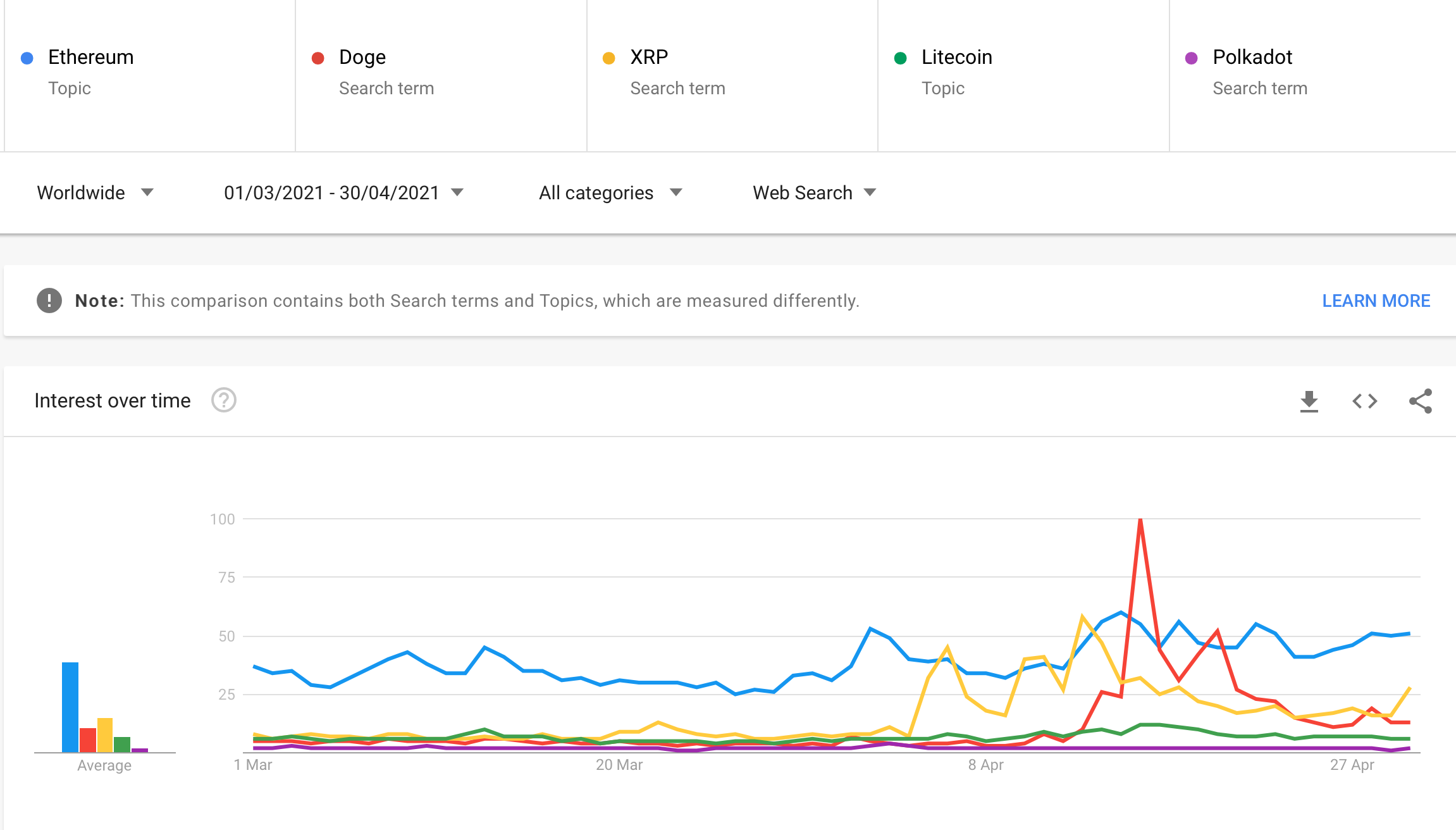 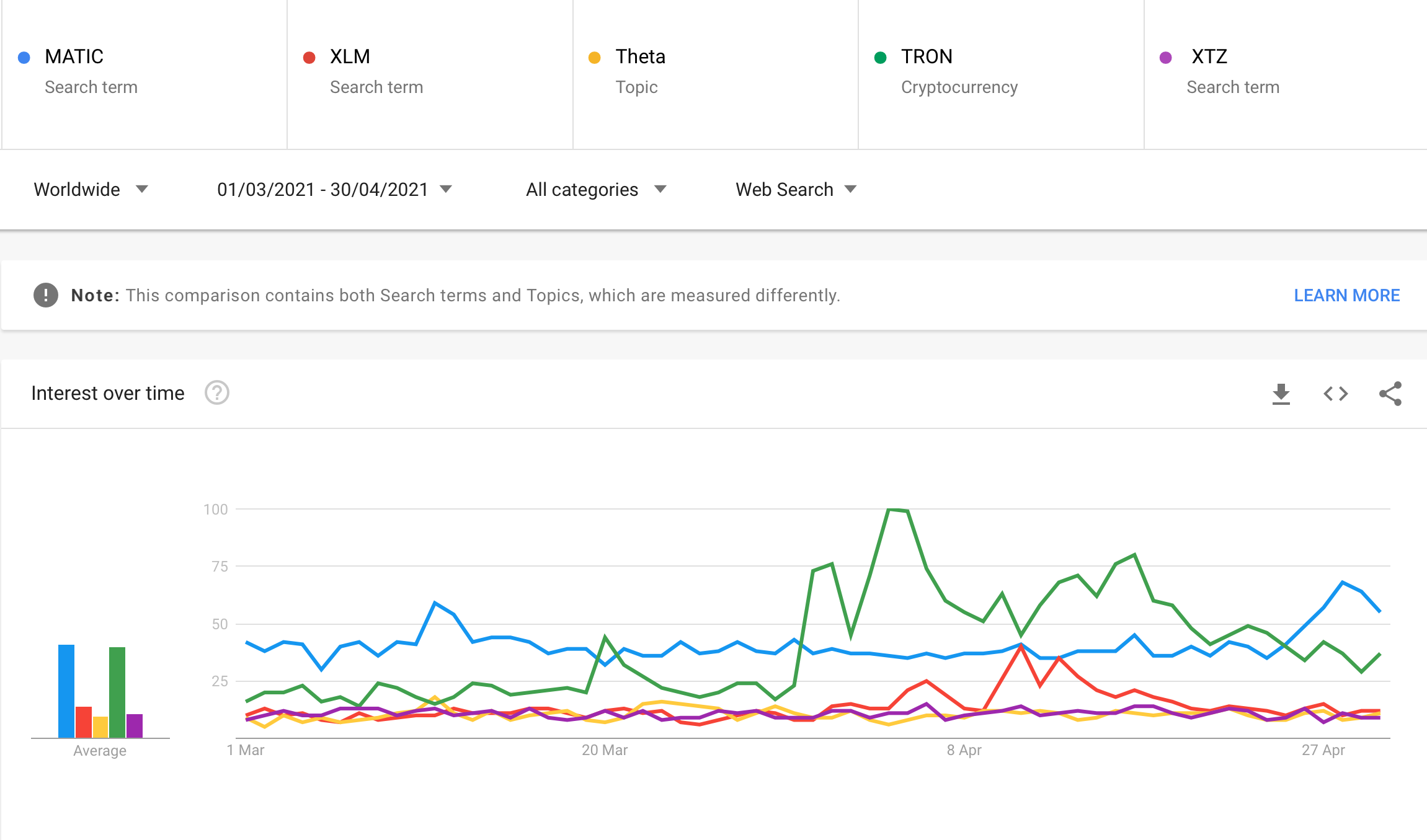 Post the SNL dump, is it time to convert your Dogecoin to bitcoin?