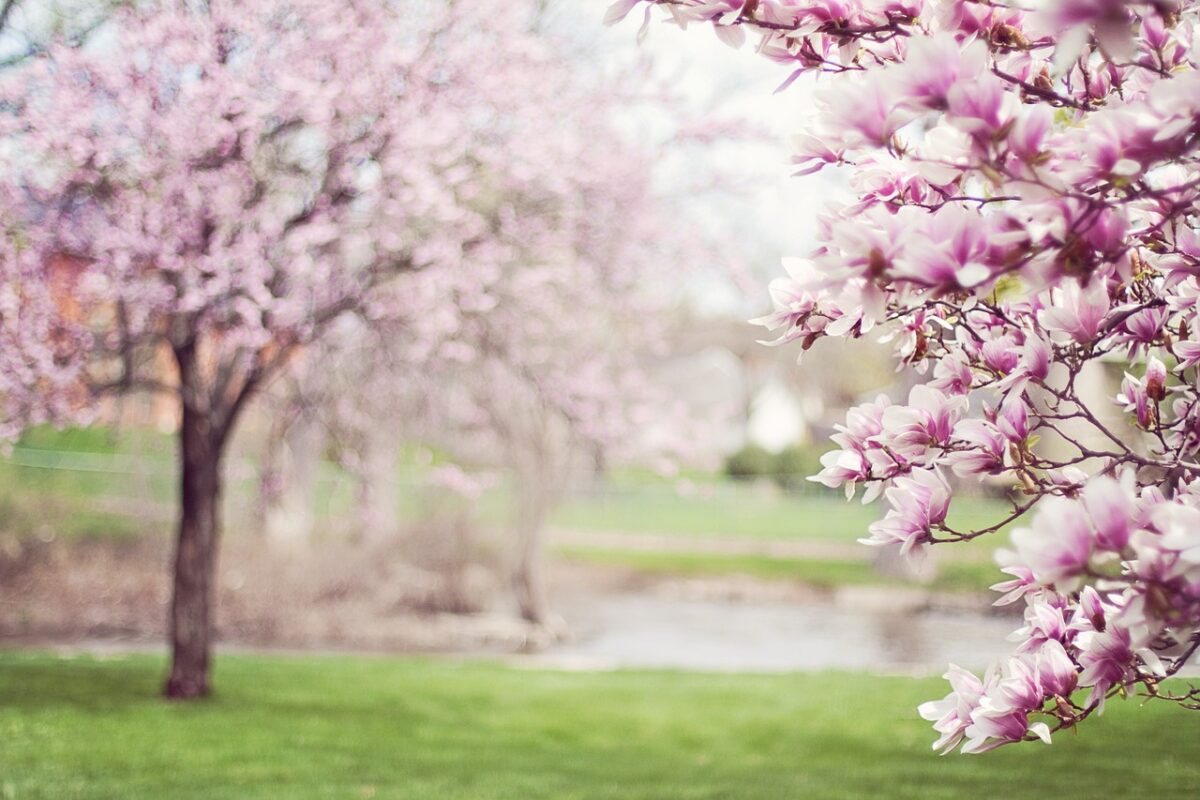 Last week, a weighted sentiment report by Santiment showed that despite prices rising, the sentiment behind Polkadot was in negative territory. In the past three weeks, Bitcoin Dominance has been dropped slightly, which suggested capital flow was directed toward the altcoins. In the same time period, Bitcoin has been bouncing from $45k and $37.5k, with strong resistance at $42k as well. It has to be noted that Polkadot has a strong positive correlation with Bitcoin. 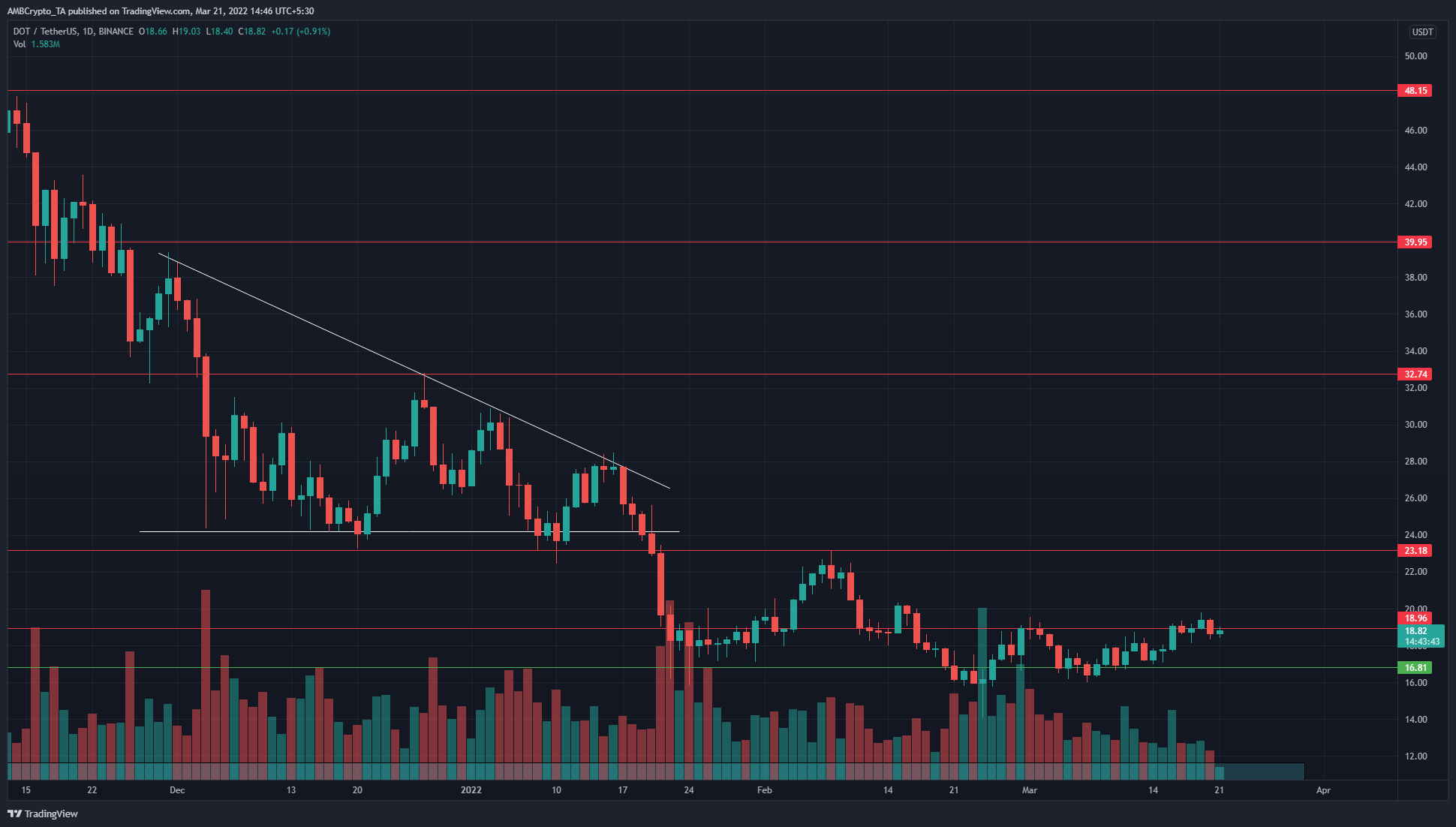 The $23 and $19 levels of resistance have been forts populated by bears in the past two months. The bulls have not been able to push the prices past these two levels, and the indicators showed the possibility that demand was weak.

While DOT has registered higher lows since late February and also broken the most recent lower high, demand was not yet very evident on the charts.

Combined with the fact that Polkadot closely mirrors the price movements of Bitcoin, and Bitcoin was headed into resistance, an uptrend might be very hard to establish for DOT. Yet, the market structure on the longer timeframes offered some hope. 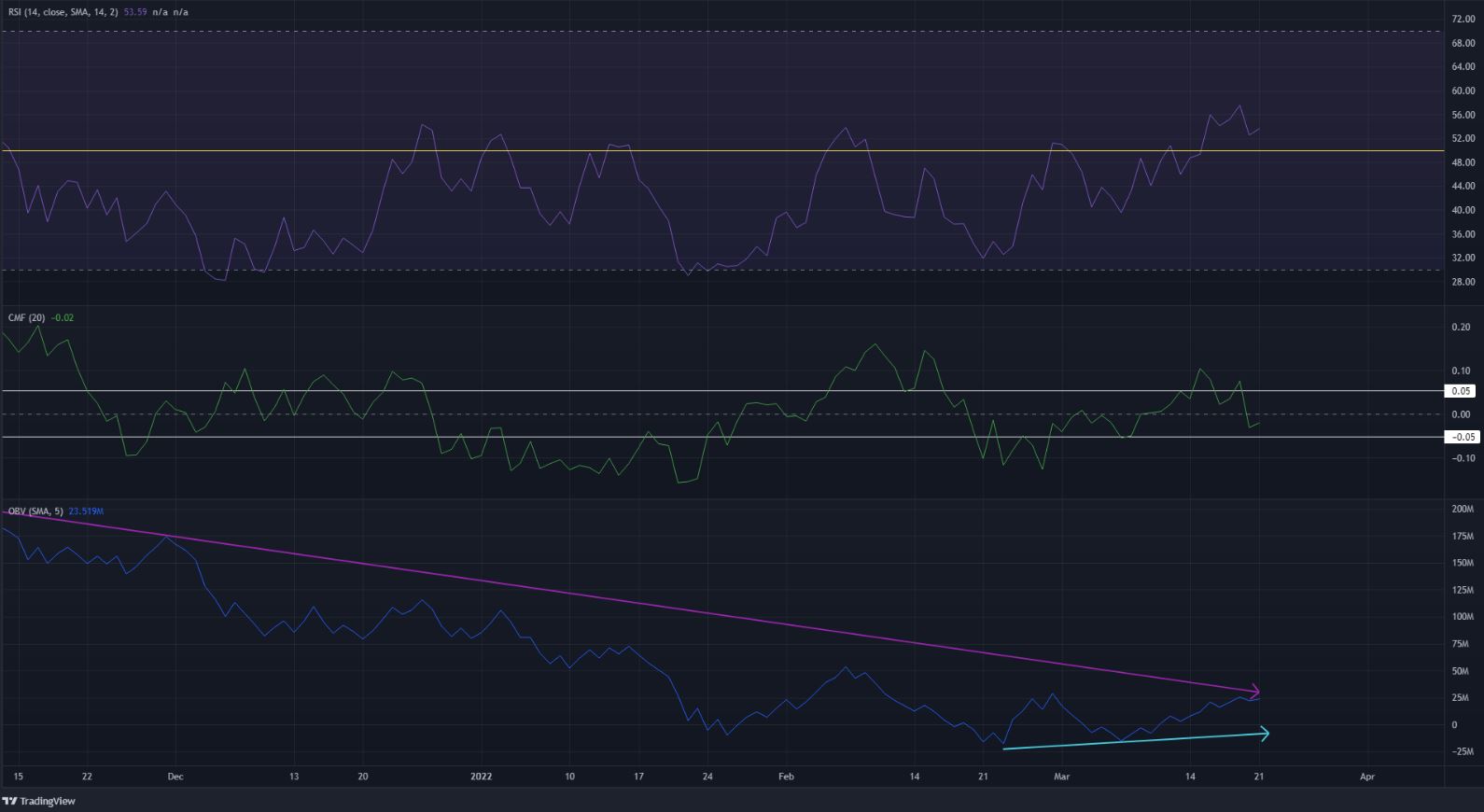 The daily RSI climbed above neutral 50 and could be the early signal that bias on this timeframe has shifted away from bearish. However, the CMF was unable to climb past +0.05 to show significant capital flow into the market.

At the same time, the OBV is on a longer-term downtrend-  but has been rising in the past month.

Overall, this showed some demand, but not enough to conclude that bullish impetus was imminent.

The market structure on the daily timeframe showed signs of leaning in favor of the bulls, after months of bearish pressure. Caution would still be advisable- DOT bulls were not out of the woods yet. A retest of the $16.8 level could be a buying opportunity in the event Bitcoin and Polkadot see a tumble in the next week. In the weeks and months to come, flipping the $23 area to demand would be a signal of intent from the buyers.

Solana NFT sales – The how, why, and where to of it all