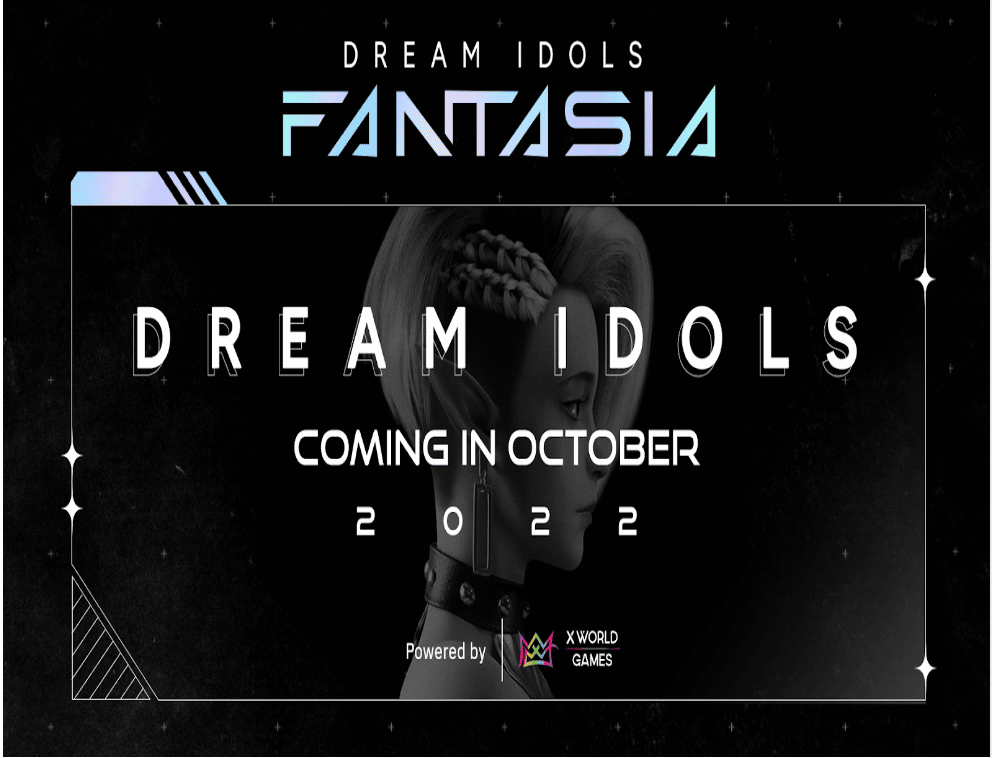 The renowned Web3 entertainment company, X World Games, has been hard at work in the past few months, creating what is considered the biggest SocialFi project to date in the crypto industry.

Features four virtual idols that will have their personalities and performances acted out by real-life girls behind the scenes. The Dream Idols have garnered attention in various crypto communities after X World Games revealed their first Idol, Andal, recently.

Now, the X World Games is revealing their ambitious roadmap and how they plan to make this SocialFi/Engage to Earn venture a hot new project in the cryptocurrency and entertainment industry.

The first step in participating in this new crypto ecosystem is to purchase one of three tiers of “Fan NFTs”, ranging from Genesis Producers to Super Fans to Casual Fans. To create the most diverse community possible, the X World Games team wanted to provide equal opportunities to participate for all levels of commitment.

The Dream Idols fan economy will also introduce two new crypto assets, JOY, and DREAM. These assets will be crucial in how fans can support their favorite idols as they will be the main determining factor in ranking their popularity.

More details on the Fan Economy system will be revealed throughout October 2022.

Around the beginning of October, the X World Games team will also be revealing the official Web portal for the desktop user on their website- Dreamidols. Fans, with IOS and Android app, launches to follow.
The site portal will act as the central hub for Dream Idol fanatics, allowing users to participate in the fan economy, watch live idol streams, and converse with fellow supporters.

Also, during the beginning of October, top-tier community members and partners will receive an exclusive invitation to become one of our Genesis Producers. Genesis Producers are the ecosystem’s highest tier of fans and will be granted the unique responsibility and privilege of creating fan clubs to support their favorite idols.

Towards the end of October, the fans will have their first chance to participate and engage with their favorite Idols during public live streaming events. Andal will be the first idol introduced and begin live streaming to the community, followed by the rest of the Dream Idol girls.

Fans will also get to read about the origins of Andal, Betty, Catherine, and Luceo before they became Dream Idols. Events, sneak peeks at the Dream Idol’s music, personalities, and more will be slowly introduced to invite the fans into the Dream Idol world.

Building the Future of SocialFi

A key part of any crypto project is its potential to grow, and with X World Games’ Dream Idols, the potential is seemingly limitless. With an entire fan economy in the works, music in the production, and a huge metaverse concert to be hosted, the future is looking bright for this SocialFi phenomenon.

X World Games CGO and Co-Founder Edwin Liu has this to say about the future of the crypto industry and Dream Idols,

“Despite recent market sentiments, I believe that Dream Idols will be the light at the end of this very dark tunnel. XWG puts a lot of effort into ensuring that every part of this project is not only rewarding for our users but just fun in terms of entertainment as well! We’re excited to see how the community will engage with this project as we have so much more in the works for the future of Dream Idols.”

The Dream Idols project will be making huge strides starting in October 2022. X World Games also estimates the global SocialFi economy with NFT is now worth roughly $10 billion in market value and expects this sector to grow to $2 trillion within the next 8 to 10 years. Not only has X World Games launched Dream Idols, but the ecosystem has integrated a third-party-produced game called, Hero Card. With the rapid growth of its gaming catalog alongside this new industry venture, X World Game is set to become an entertainment and media conglomerate in the cryptocurrency industry.