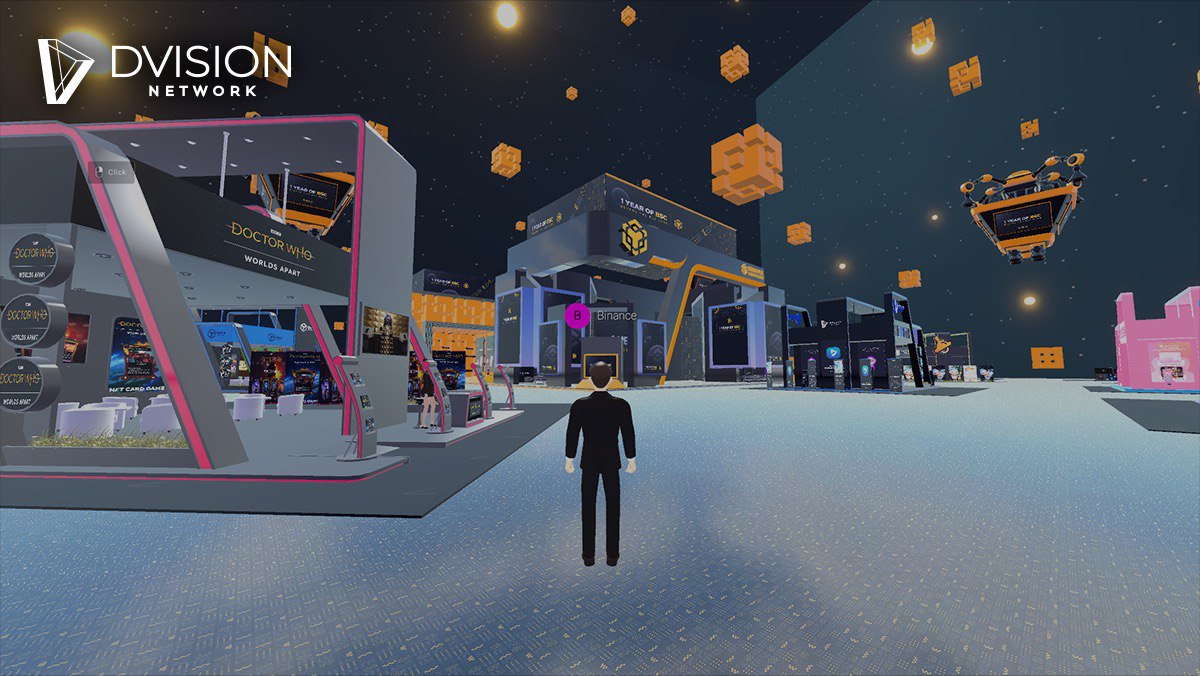 Blockchain-based NFT & Metaverse protocol, Dvision Network has announced that it will be hosting the Binance Smart Chain 1st anniversary within its Metaverse ecosystem. It further added that the virtual event would occur in the special Binance Hall within the Dvision World.

A major milestone for Dvision Network

Binance Smart Chain is regarded as the second largest smart contract platform after Ethereum and has taken the crypto space by storm since its launch a year ago. The 1st Anniversary is expected to consist of a series of activities that will take place from the 8th to the 13th of September, filled with a full-fledged agenda items, that have already been disclosed on their landing page.

It takes the form of a conference program and will feature 4 to 5 hours of rewarding educational and practical activities. In addition, attendees will be able to partake in different events scheduled for the conference. This includes participating in the in-game OX quiz, a dancing competition, shoveling certain areas activated during the event for airdrops, and chasing randomly spawned characters for unique NFT items and partner tokens. Dvision has announced that they are planning to conduct the largest airdrop event during the BSC Anniversary week.

The event will also showcase some of the fast-growing projects within the Binance Smart Chain ecosystem. More than 30 projects have signed up for the anniversary program. Some of the projects are within the blockchain gaming sector like X World Games (XWG), Splinterlands, and Bunny Park. In addition, DeFi and NFT projects like MyDeFi Pet, Alpaca Finance, BabySwap, and Liquidifty are also involved in the event. Some other names include but not limited to Gala Games, Faraland, ITAM, StepHero, Cryptoblades, and GAT Networks.

The event is a landmark event for Dvision Network and will be broadcasted globally from its metaverse platform. In addition, Dvision Network has prior experience hosting conferences and, earlier in August, broadcasted a live debate held by the Korean government in their metaverse.

To join the attendees in this virtual event, users can now pre-register to get notified when access to the BSC Anniversary Hall will be available.

Dvision has continued to develop at a fast pace and is regarded as one of the top NFT metaverse platforms in the blockchain industry. The blockchain platform was initially built on Ethereum but migrated its protocol to the Binance Smart Chain via the MultiBaas Bridge in March.

Dvision establishes a cutting-edge metaverse ecosystem by utilizing its VR technology that helps to lower the entry barriers for all types of users across the globe.