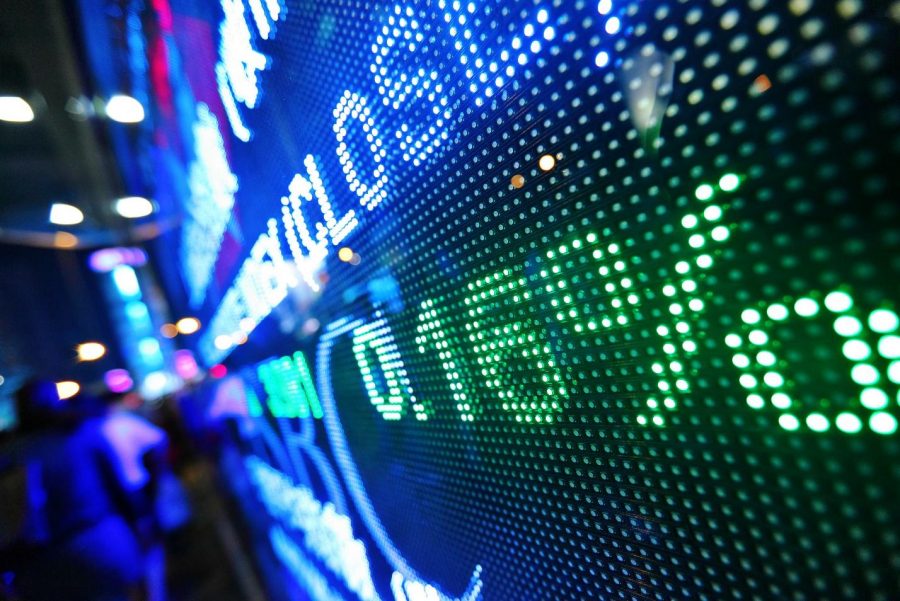 There can be no denying that cryptocurrency and blockchain asset trading has become a significant industry in its own right. This became highly evident in late 2017, where in a remarkable move, global cryptocurrency daily trading volumes matched that of the New York Stock Exchange, with more than $50 billion worth of digital assets traded in a single day. Although these volumes have since reduced in size, both retail and institutional investors are still responsible for billions of dollars’ worth of cryptocurrency trading every day.

However, although we are soon approaching the first decade since Bitcoin was created, there is still virtually no connection between cryptocurrencies and real-world blue-chip stocks – until now.

An Estonian based organization known as DX Exchange are launching the world’s first exchange that will allow users to invest in popular stocks such as Facebook, Amazon and Apple, in exchange for leading cryptocurrencies such as Bitcoin and Ethereum.

Most importantly, these asset classes have no relationship with CFDs, which is crucial, because they provide investors with virtually no legal rights to the underlying investment. On the contrary, by using the DX platform, users will own the corporate shares they invest in, without needing to go through a third party broker. Here’s why the exchange could be the next big thing.

Fully regulated in the European Union

The days of cryptocurrency exchange platforms operating in an unregulated manner are over. Global governments and international partners are either in the process of enacting legislation related to blockchain assets, or in the case of nations such as Malta, Singapore and Japan, amongst others – regulation already exists.

This is highly pertinent, as for the cryptocurrency space to gain wide-spread adoption, it must fend off its tag as a modern version of the Wild West. Recognizing the need to do everything by the book, the team at DX have received full regulatory approval from the EFIU, meaning that they are able to offer their trading services to more than 500 million users. Further regulatory collaborations are also on the cards, to include other regions.

On top of getting the green light from European regulators, the DX platform have also formed a notable partnership with NASDAQ. The U.S. based exchange will be supporting the DX platform with its industry leading NASDAQ Matching Engine, which provides the underlying technology for high-frequency trading, as well as a safeguard against manipulation.

The partnership is not only notable because of NASDAQ’s long-standing reputation in the financial services industry, but also because the exchange have expressed ongoing interest in crypto-related assets. For example, NASDAQ are set to launch its own Bitcoin futures market in the New Year, along with a range of other potential projects linked to the digital phenomenon.

Whilst institutional involvement in the cryptocurrency industry will be highly beneficial in the long-run, it is important to remember that the vast majority of trading is initiated by the retail investor segment. As a result, the DX platform aims to offer a highly lucrative fee-structure that ensures low-level traders are not penalized for small volumes.

On the contrary, traditional third party brokers often charge extortionate fees to purchase blue-chip stocks, which are usually in the form of a percentage of the total share purchase, a fixed-fee, or a combination of the two. This can also apply when the trader attempts to offload their shares.

At the other end of the spectrum, the DX platform is offering a simple monthly subscription service of just 10 Euros, which allows users to perform unlimited free trades up to 50,000 Euros. Once this amount is triggered, additional trading fees will apply. This makes the platform ideal for those that only want to trade smaller amount.

We mentioned earlier that a common method for low-level traders to access leading stocks and shares is to engage in CFD trading. Whilst this particular asset class does allow traders to get a piece of the blue-chip space, it is important to note that the trader has no legal right to the underlying asset. Instead, they are simply speculating on the future value of the asset.

This is where the DX platform stands out. In a partnership with MPS Marketplace Securities Ltd, who themselves are regulated in the E.U jurisdiction of Cyprus, DX customers will be able to purchase real-world stocks such as Intel, Facebook and Apple, with the purchase resulting in actual ownership of the asset. The innovative concept to the DX structure is that each purchase is represented in the form of a digital ERC-20 token.

For example, if you purchased $500 worth of Apple stocks, they would be replicated on a 1:1 basis as a digital token that is stored on the Ethereum blockchain – not only guaranteeing security, but ensuring that ownership is transparently represented on the blockchain ledger. At this stage, the purchaser, and only the purchaser, has control over the tokens. This also makes it an easy and seamless process should the owner want to sell or trade the blue-chip stocks, all in a fee-free platform up to the 50,000 Euro threshold.

Ultimately, buying, selling and trading leading blue-chip stocks has never been easier. Added in with the fact that trading costs just 10 Euros a month, and the digital tokens represent real-world ownership in a transparent environment, 2019 could be a very interesting year for the team at DX.

Miners are still losing money; should they consider a new direction?