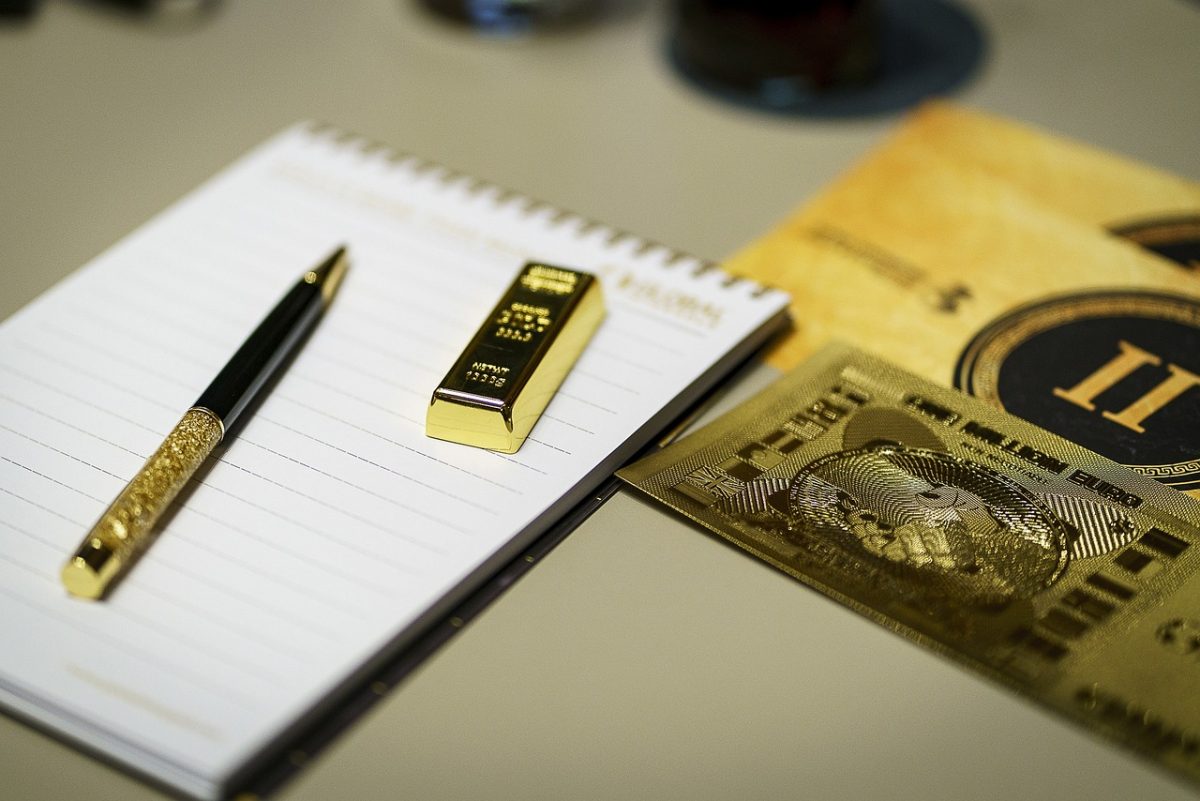 Inflation in the EU area is currently at a 40-year all-time high – the currently observed levels are surpassing 10%, higher than the rates we saw during the previous two recessions (Source: Macrotrends). Despite the efforts of financial authorities to counterfeit this by raising interest rates, financial markets are far from recovering and the worst might be yet to come.

The high inflation is a cause for concern for many, especially those holding large amounts of liquid reserves in the form of fiat. Companies and private investors are desperately looking for ways to protect their money against the spiking inflation.

Among all investment options like stocks, cryptocurrencies, and commodities, precious metals like gold still offer one of the best hedging opportunities due to their scarcity.

In the 19th and 20th centuries, gold had a central role in the US financial system. The reason was the so-called gold standard, a monetary system in which the U.S. Dollar was based on a fixed quantity of gold. With this system, an individual holding some amount of paper money could go to a bank and exchange that money for a fixed amount of gold.

Under the gold standard, the money supply used to be tied directly to the supply of gold. This ensures that the amount of money in circulation is essentially dependent on the supply of a limited asset, making its value non-inflationary. This was the mechanism that puts a ceiling on the power of central banks to print new currency at will, a today unrestricted power.

However, after the end of the great depression, the gold standard was disbanded. This essentially gave central banks the power to print new money without repercussions. While it has its advantages – such as the necessity to be able to print new currency in times of economic stagnation to boost the economy — it doesn’t come without its adverse effects. We are talking about inflation.

Gold as an investment asset today

Over the last 100 years, the amount of currency in circulation has increased by a considerable factor – over 500 times. However, the total amount of gold increased by just 6 times in comparison. When we compare the two figures, we see that the amount of fiat money is surpassing the increase of the precious metal by more than 80 times.

Based on this data and the development of the gold price, we can see that the ratio of the amount of fiat to gold in circulation positively correlates to the price of the precious metal. In other words, the more money we create compared to the total gold we mine, the higher the gold price will be.

The results are at hand – since 2000, gold has been one of the best-performing asset classes worldwide. Its price increased by over 600%, which surpasses the returns of the Dow, Dax, real estate, and bonds over that same period by a large margin.

The factors that contribute towards the increasing gap between fiat and gold and the aforementioned ratio are mainly the following:

Currently, the gold price, like most other investment assets, is relatively low. As with any coin, this one also has two sides – in this specific case, it could mean disaster for gold holders who are relying on high turnover from gold selling and reselling, or it could translate into one of the best opportunities to get into gold investing we have seen over the last ~15 years.

Easygold token is a newly founded cryptocurrency project by the experienced company Hartmann & Benz, a reputable company on the German market with longstanding expertise in gold trading. The company managed to attract over 1.000 customers over just 10 months and became featured in reputative German online media, TV, and magazines such as Focus and Stern.

The company acquires large quantities of high-quality raw gold directly from its trusted supplier network and transforms them through an efficient, sustainable process into LBMA certified 999,9 gold bars, which are then sold on the open markets at prices 20-30% higher than the cost of the raw materials and the operational expenses.

The project is underpinned by a security token that not only represents gold but also entitles its holders to dividends that can reach up to 50% of the net profit of the company’s operational activities.

The mission of Easygold Token is to make gold investing more profitable for all investors, regardless of their budget. 100% of the proceeds collected via the crowd sale are invested in the acquisition of raw gold and its transformation into high-quality gold bars. By repeating the process continuously, the business model can be scaled exponentially, resulting in increasing dividend payouts for the investors.

Easygold Token is approaching its private sale round soon. Early adopters get access to special discounts on the EASG security token. To learn more about the project and its innovative approach to gold investing, visit www.easygold.io.

ApeCoin: Here’s what short traders should watch out for before jumping in