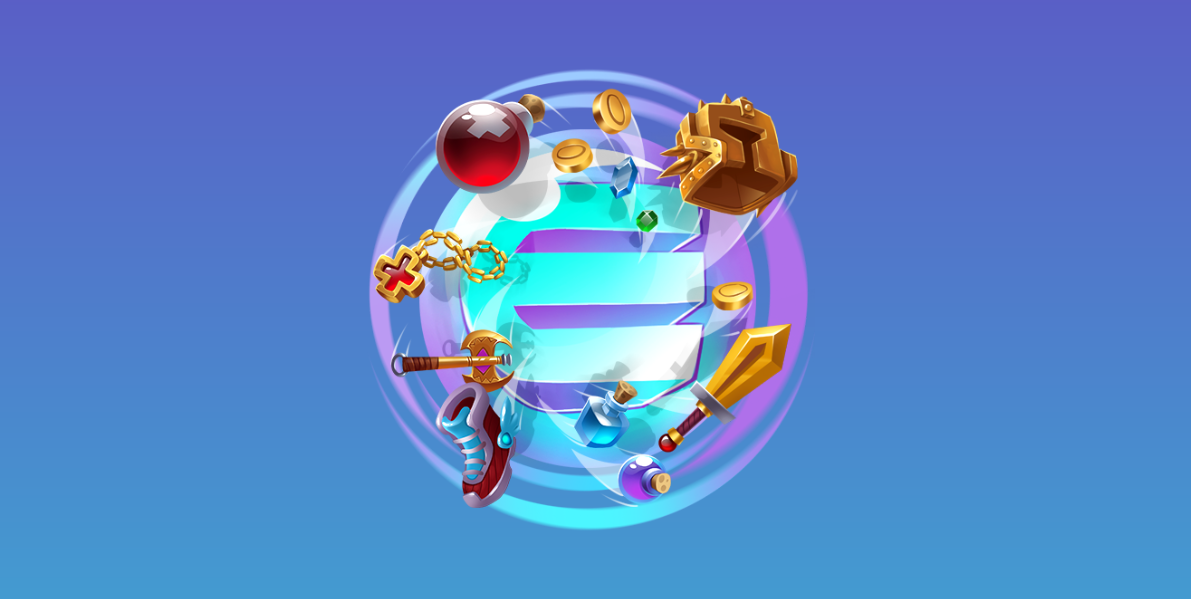 Enjin Wallet recently announced that they were the first wallet to support rich data for ERC-1155 and ERC-721 tokens. This marks a move forward for blockchain-based games and collectible items, fitting into Enjin’s ecosystem for blockchain gaming. To celebrate this momentous event, Enjin is giving wallet users, who can register at this link, a free multiverse item that will be usable in several different games.
Even as the wallet supports both the token standards, the ERC-721 tokens’ rich data will need to be manually added to the wallet. However, the newer ERC-1155 tokens will be integrated automatically into the wallet, setting the bar at frictionless integration and support for the adopters of the token standard. 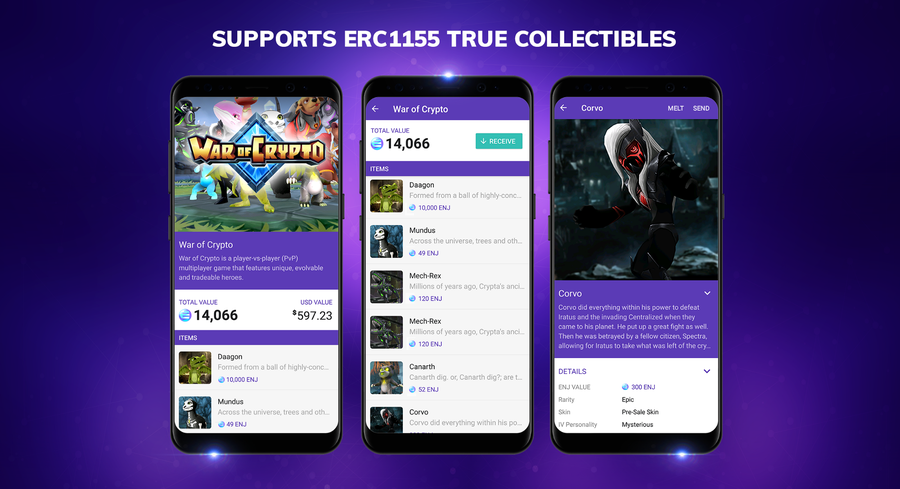 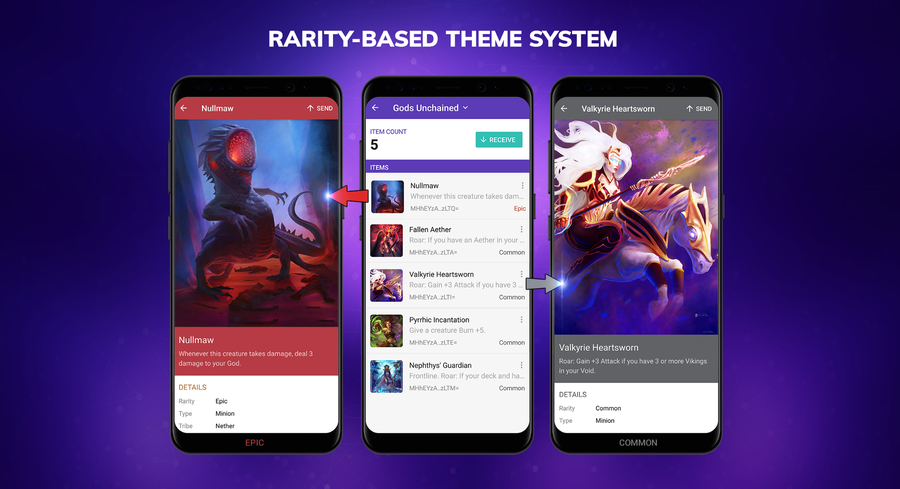 The ERC-721 and ERC-1155 are token standards for the Ethereum blockchain and feature different properties from the most well-known ERC-20 tokens. While ERC-20 tokens are fungible, meaning that they can be exchanged between themselves, the ERC-721 standard was set to be used for non-fungible or “unique” items. This standard can be used to tokenize equipment and weapons in video games.
The ERC-1155 standard combines the benefits of both the standards. As said by the CTO of Enjin, Witek Radomski:
“You may create thousands of different types of items for your game, and depending on the use case, each unit may have a unique index or be fully fungible with the others.”
Added to the ability to support ERC-721 and ERC-1155 tokens, the Enjin Wallet boasts of a multitude of other features, such as supporting 700+ cryptocurrencies and high-class security. This makes it a hardware-like secure wallet, leading to the Enjin team to claim that it is “more secure than any other mobile wallet”.
Features:
Primarily, the Enjin Smart Wallet features a clean and intuitive interface, allowing even those that are unfamiliar with cryptocurrencies to begin using it without too much effort. Moreover, it offers users the ability to log in with their fingerprint, adding an extra layer of biometric security to their state-of-the-art two-layer encryption.
The wallet also allows the users to monitor and manage unlimited blockchain addresses for free and without ads.
Moreover, Enjin has commissioned 3rd party audits and penetration testing with trusted security researchers and experts. This is to ensure that the ultra-secure nature of the Enjin Wallet is preserved.
Keeping in mind the movement of the world towards mobile computing, Enjin Wallet boasts a mobile-first approach for its UI, offering a seamless and blazing-fast interface.
While many wallets today rely on 3rd party services or blockchain explorers to function, the Enjin Wallet does not do so. Instead, Enjin built their custom blockchain explorers for Ethereum [ETH], Bitcoin [BTC] and Litecoin [LTC] blockchains known as EnjinX explorer. The explorers host full-node blockchains for optimal security and speed for all transactions, and powers the Enjin Wallet with detailed transaction information.
Moreover, the Enjin Wallet will feature a Smart UI that evolves on the fly to suit the specific needs of users. This allows the wallet to behave as a normal trading or HODLing wallet with no gaming features at first sight.
However, if the users decide to interact with a virtual good or gaming platform, the UI of the wallet will evolve to display the associated features related to the game.
Enjin Wallet can also display the cryptocurrency balances of the users in their local currency, and is updated in real time. Moreover, the wallet also calculates transaction fees dynamically, allowing for the optimal sending of funds to other wallets. Users can also set their own custom fees and limits for sending funds.
Security:
The wallet boasts security measures that are more vigorous compared to most banking and finance apps, stemming from Enjin’s negative experiences from apps on the market today. It utilizes NSA-grade AES-256 encryption, an ARM Compiler, RAM and Hardware Encryption, and a keylogger-proof keyboard.
Enjin wallet utilizes a two-layer approach to encrypting sensitive information such as keystores of the wallet. The first layer is a data security principle from the NSA’s Commercial Solutions for Classified Program known as AES-256. This is employed on the lower level of the application, with software encryption added at the application layer.
AES-256 encryption requires about 3 sexdecillion years [3 followed by 51 zeros] to crack by brute force, even if fifty supercomputers that could check a billion AES keys per second attempted it. This offers unparalleled security for the users’ funds.
All data of the keys are held in the memory that is encrypted, thus closing up the phone to cold boot attacks that access system memory. Moreover, on Android, the app itself cannot be screenshot or recorded using apps. This feature is not available on iOS due to technical limitations.
One feature that many cryptocurrency enthusiasts will find incentivizing is that the Enjin Wallet never holds or has any access to their funds, as they are in total control of their private keys.
Enjin built a proprietary keyboard in order to stop any form of keylogging or data sniffing. It is built into the app and even offers the ability to randomize key layouts to foil invaders.
The app is available on both the Android and iOS platforms. To know more about Enjin wallet, click here.

Leaders in tech, government and business are gathering in Bali for XBlockchain Summit