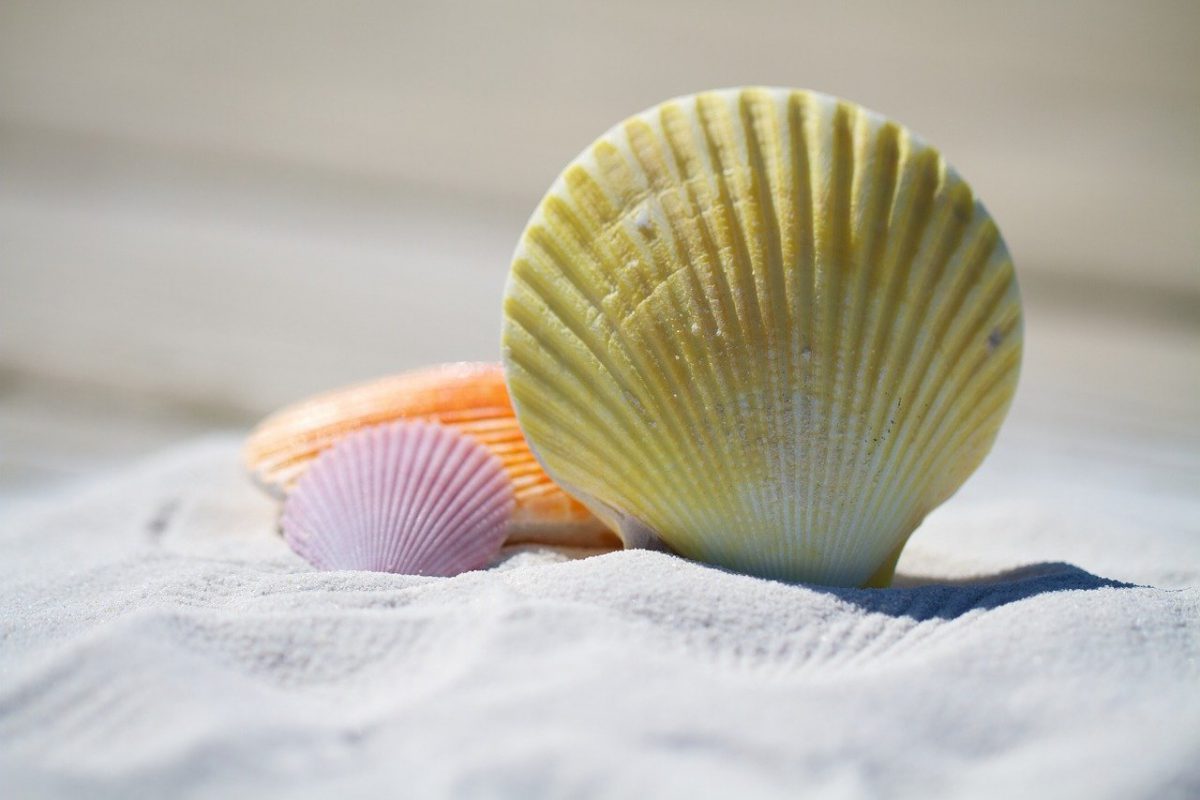 EOS‘s market noted some bearish presence, with the same likely to push the crypto’s price slightly south towards $2.6. Basic Attention Token appeared to break out of a range backed by significant trading volume, while Dogecoin was in a phase of consolidation and traded sideways on the charts with no strong momentum. 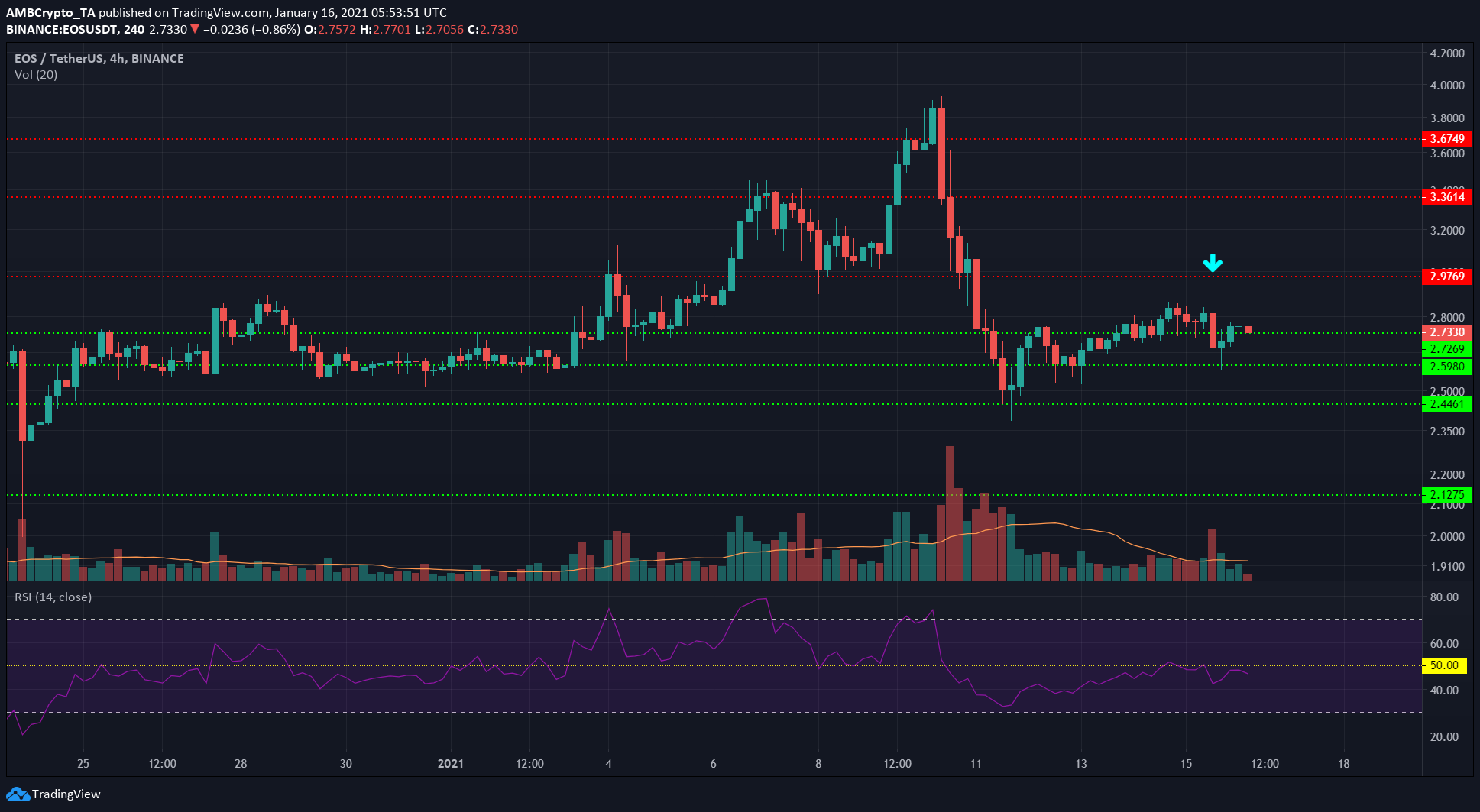 The RSI floated just under the neutral 50 value, unable to rise above and likely indicative of a downtrend to come. The price, more importantly, flipped the $2.73-level to support recently and attempted a surge towards the next level of resistance at $3.

This session (cyan) saw the market’s bulls drive prices as high as $2.93, but the bears stepped in and pushed the price down to test the support at $2.6. This highlighted a lack of bullish strength.

Their presence in the market is poised to be highlighted once more. It can be expected that EOS would slowly descend towards $2.6 once more. If it does not hold as support, the price could drop to $2.44 in the coming days.

In other news, Arca CIO Jeff Dorman tweeted that EOS could be undervalued due to its massive BTC holdings. 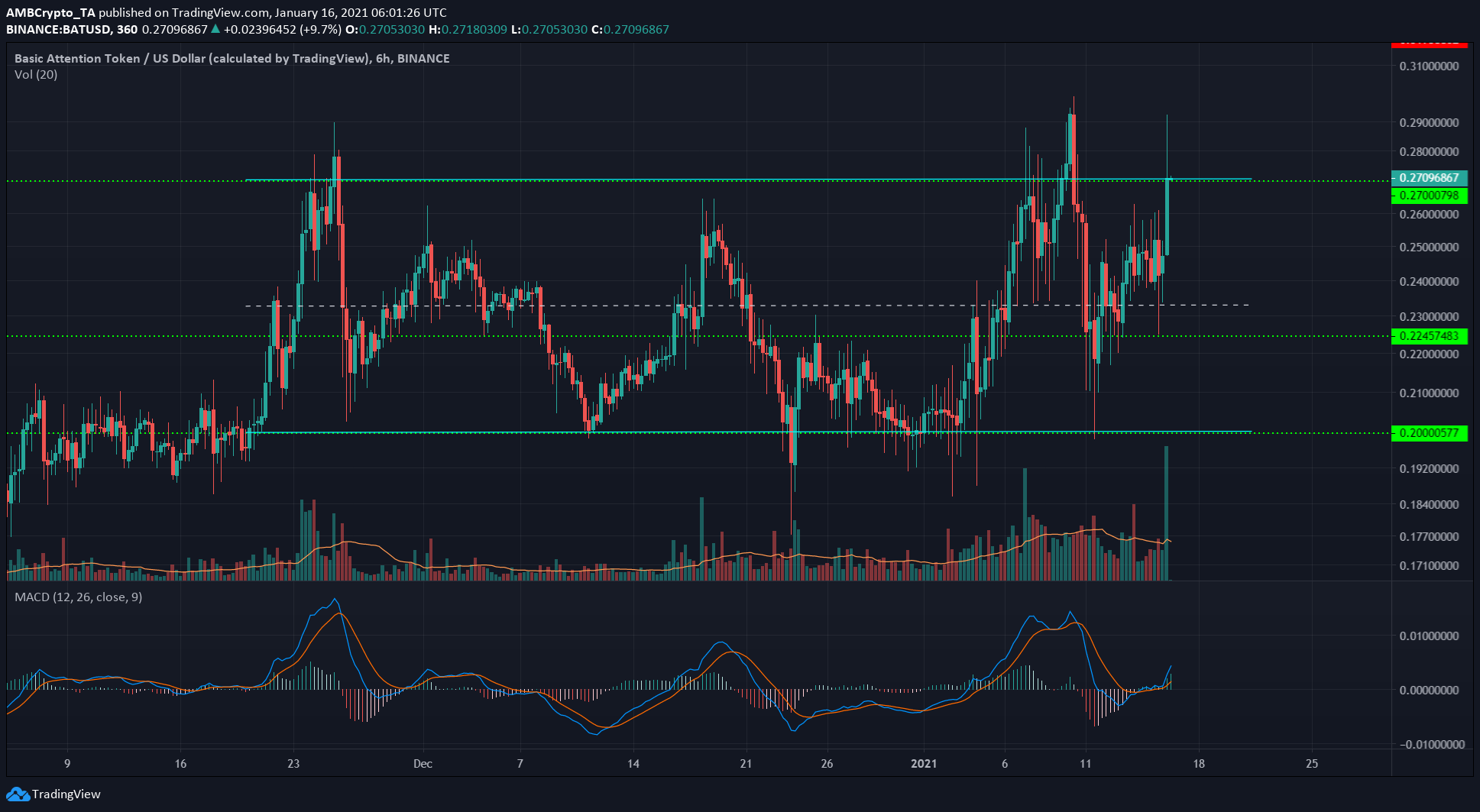 The range between $0.27 and $0.2 is one that BAT has traded within since late November. On the 6-hour charts, it appeared that BAT was headed for a breakout above this range. The trading volume for the most recent session before press time was extraordinary, pointing towards market conviction.

The MACD formed a bullish crossover and rose above zero to highlight bullish momentum. However, the $0.292-mark continued to be a thorn in the side of bulls and can be expected to stall the rise of BAT’s price.

Another rejection at $0.292 could see BAT tumble sharply back within the range it was trading within. 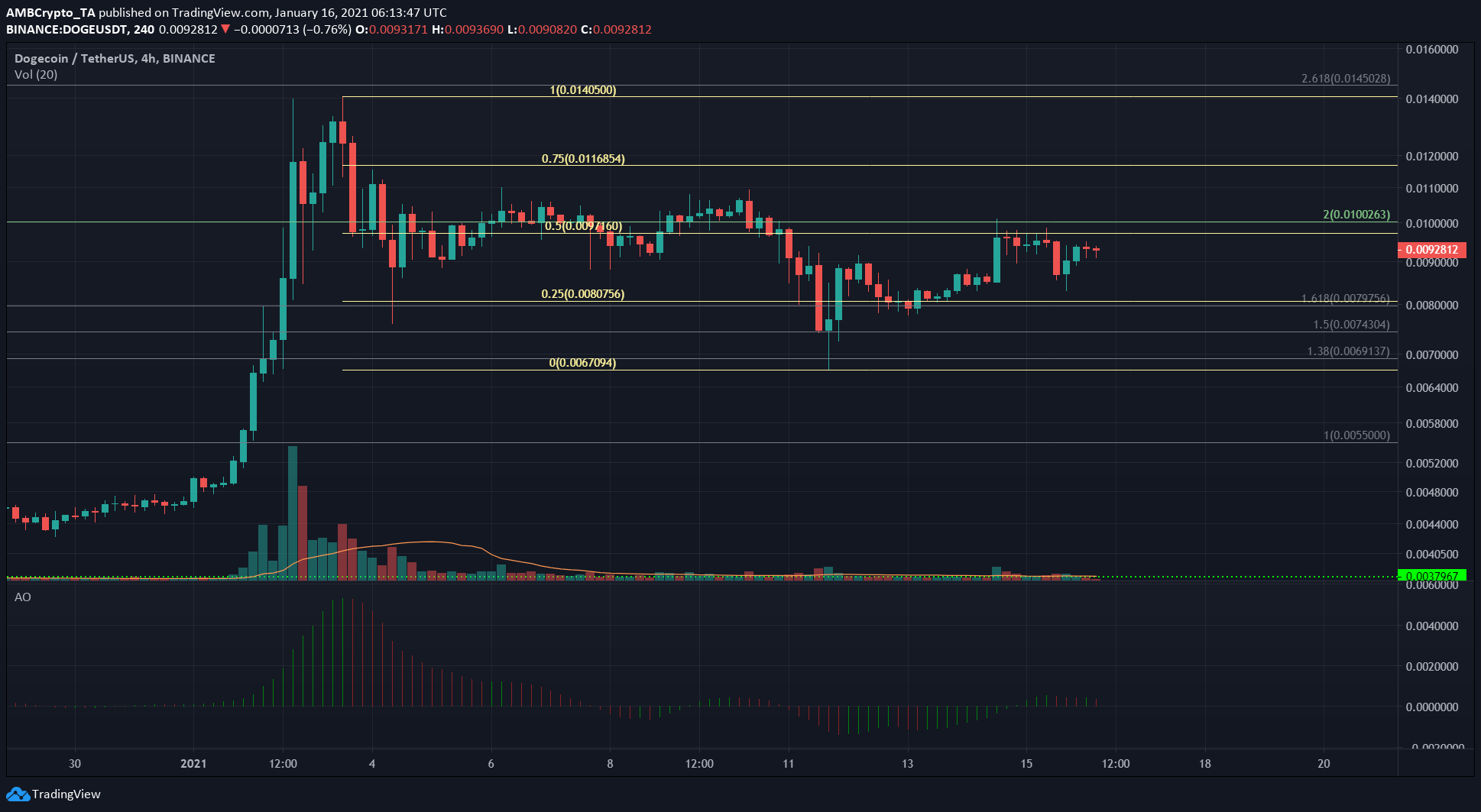 After its explosive move from $0.0045 to $0.01, DOGE spent the past few weeks in a phase of consolidation. Using the swing high and low of this phase for DOGE, and Gann’s rule of eight, some potential levels of support and resistance (yellow) can be plotted on the charts.

It can be seen that DOGE has respected these levels. The Awesome Oscillator showed a lack of definitive momentum in either direction for DOGE.