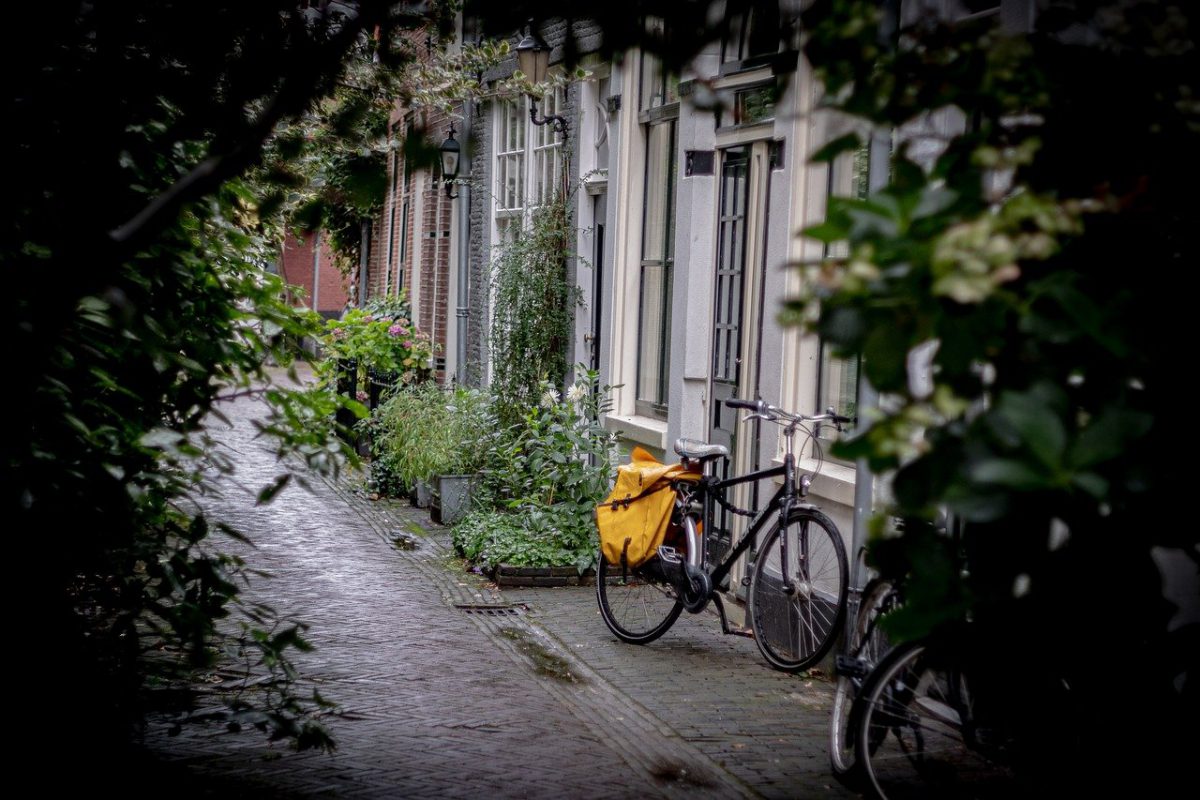 Monero slipped from $173 to test the $149-level of support over the past few days and was trading at an important level as the market’s bulls and bears tussled for control of the market. IOTA formed a bullish pattern on the charts and could see a bullish breakout targeting $0.55. Finally, DigiByte noted some early signs of heading towards $0.022 once more. 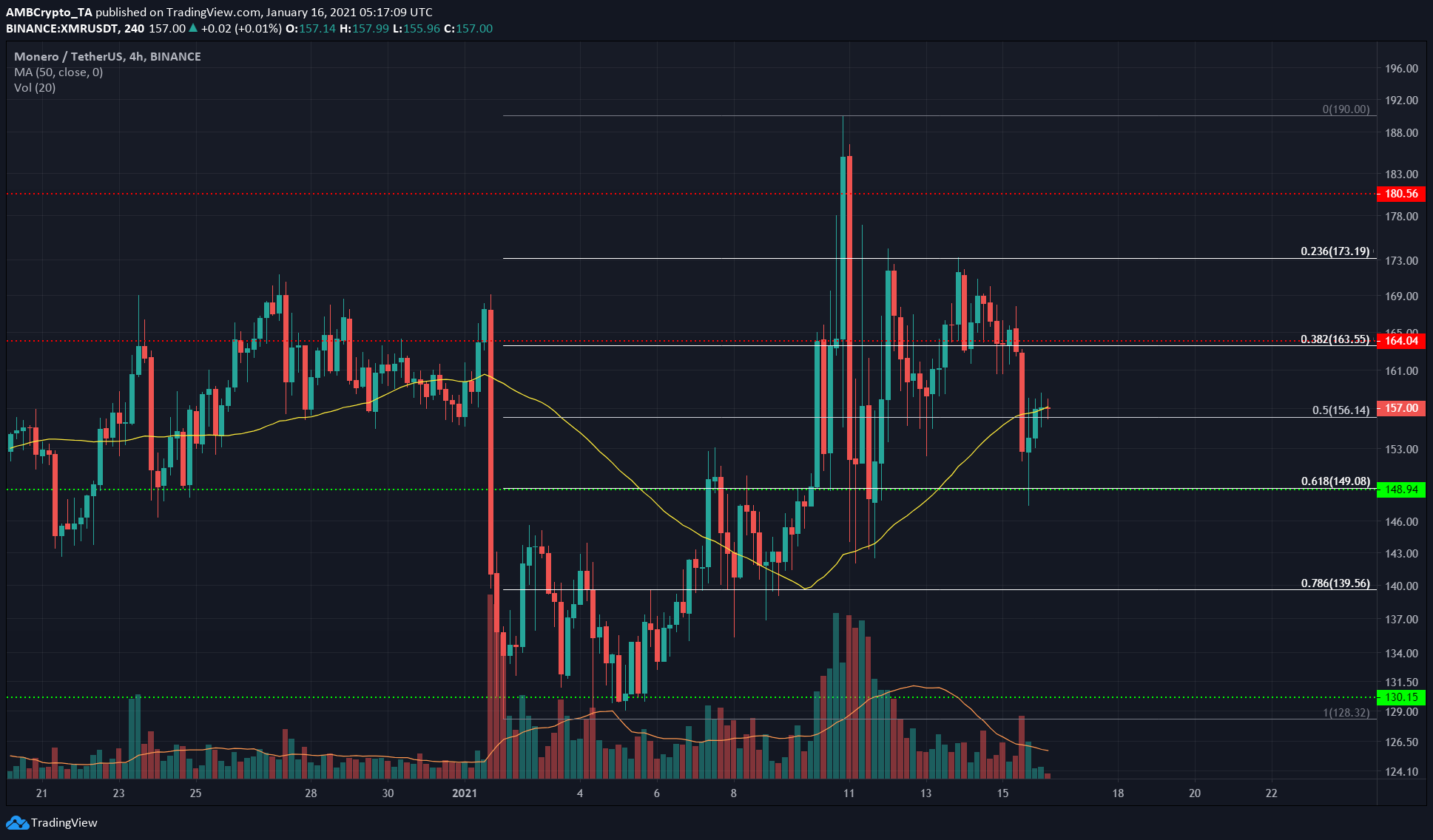 Over the past few days, Monero has been rejected at the $173-level twice. The $164-level, which is both horizontal support as well as the 38.2% retracement level, failed to hold on as support as the price dipped to $156.

This represented a 50% retracement for XMR, with the same enjoying a confluence with the 50 SMA (yellow) as a region of support. Hence, the reaction of XMR at this level will dictate its short-term movement.

A close beneath $156 will likely see it headed towards the $149-support once more, while some sideways trading at this level could see a move back towards $164. 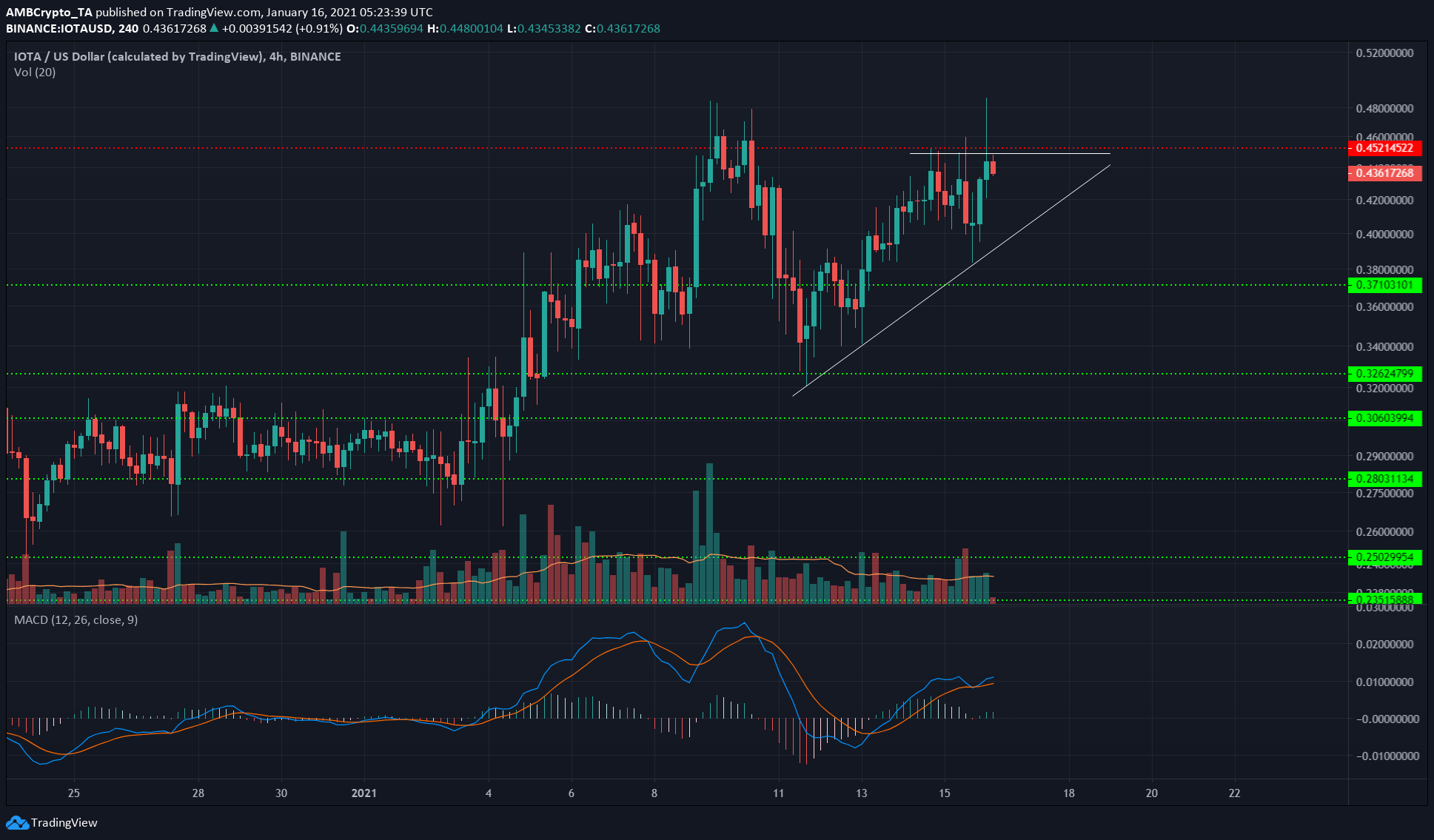 IOTA formed an ascending triangle (white), a bullish pattern that generally sees the price break out to the upside. The cryptocurrency’s price consistently made higher lows over the past few days, and the MACD agreed as it noted bullish momentum.

A breakout will see IOTA climb towards the $0.55-level of resistance over the coming days. On the other hand, a trading session close beneath the rising trendline will indicate that IOTA is poised for a drop to $0.37. 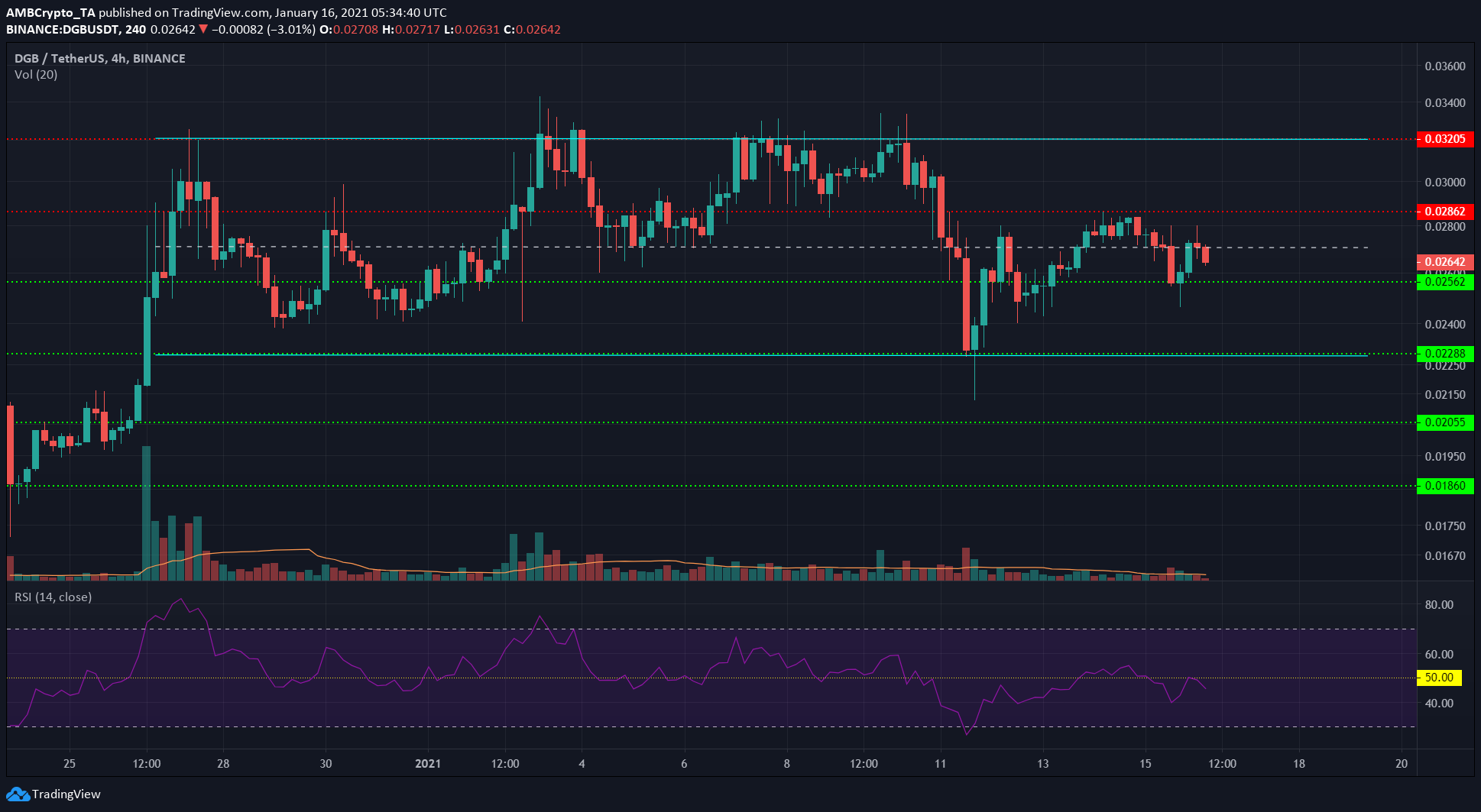 The RSI showed that momentum was neutral for DGB with a value of 47. However, it had just tested neutral 50 and was unable to rise past it. This was indicative of a possible short-term downtrend on the charts.

It was trading within a range from $0.022 to $0.032 whose mid-point was at $0.027. The mid-point, alongside historic support and resistance levels, were the levels of importance for DGB, at the time of writing.

Since DGB had slipped below the mid-point, it can be expected to test the $0.025-level of support. Losing this region would strengthen the case for DGB testing $0.022 shortly.