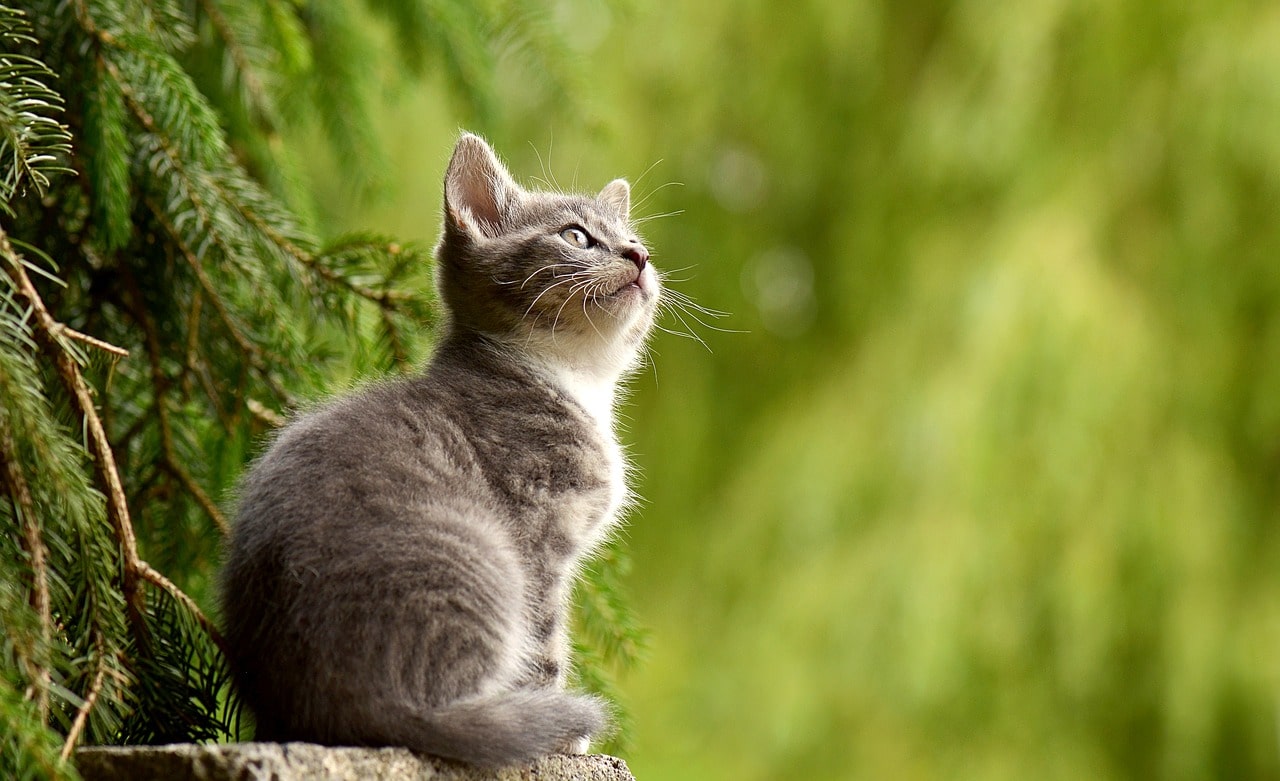 EOS broke out past an area of supply and would look to retest it to confirm its flip to demand. NEM was consolidating on the charts, while SUSHI has been on a steady downtrend over the past two weeks after having recently bounced off a level of support at $14.3. 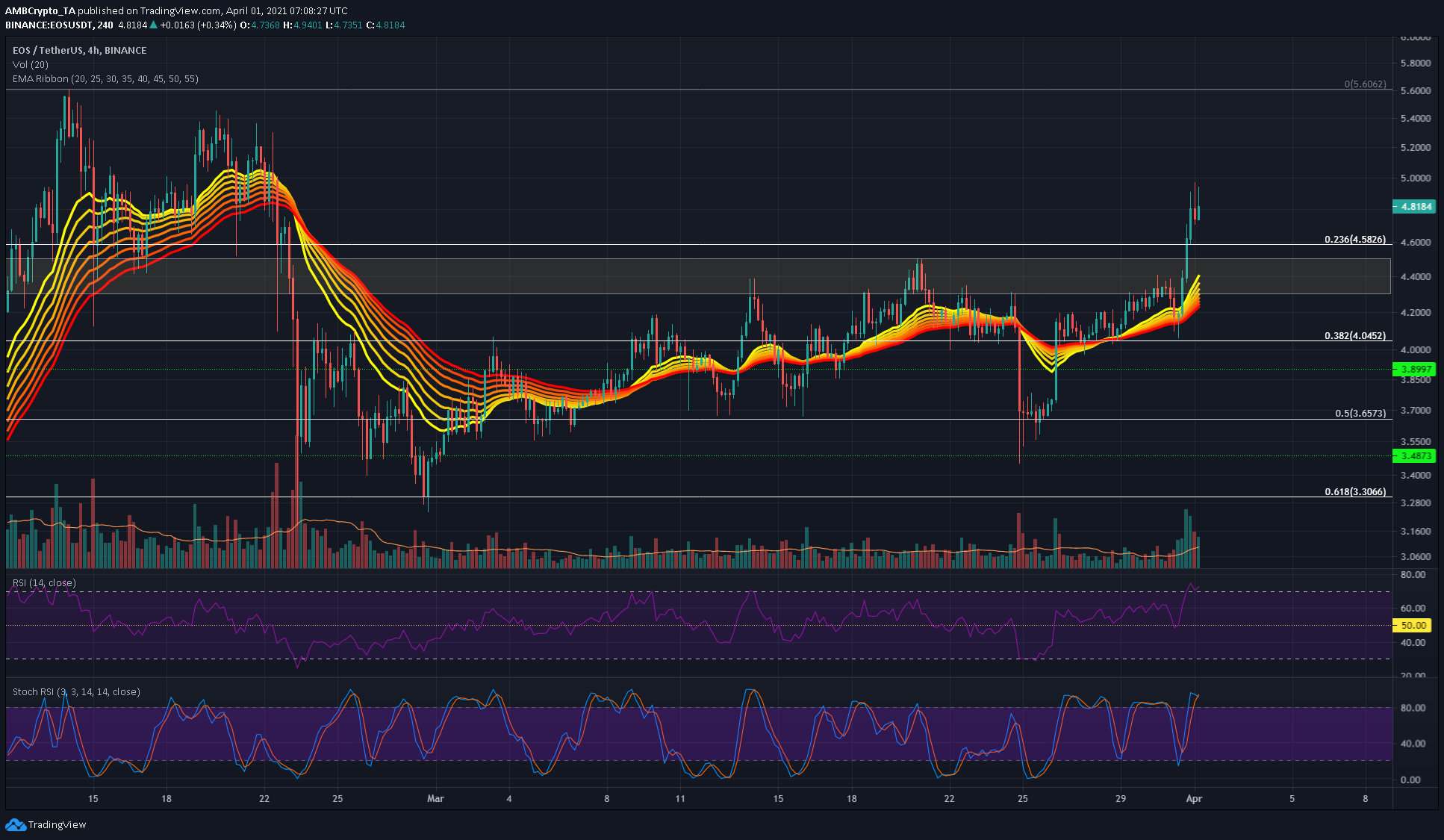 EOS climbed above its region of supply at $4.4, a region that had rebuffed EOS bulls multiple times in the month of March. The most recent attempt came after the $3.6-support was defended and the $4-level was flipped from resistance to support. The price climbed above the EMA Ribbons.

The Fibonacci retracement tool showed that $4.58 was a level that EOS was likely to retest as support, making it an area of interest to buyers. The RSI was in overbought territory as it noted a value of 72, and the Stochastic RSI was also above 80. 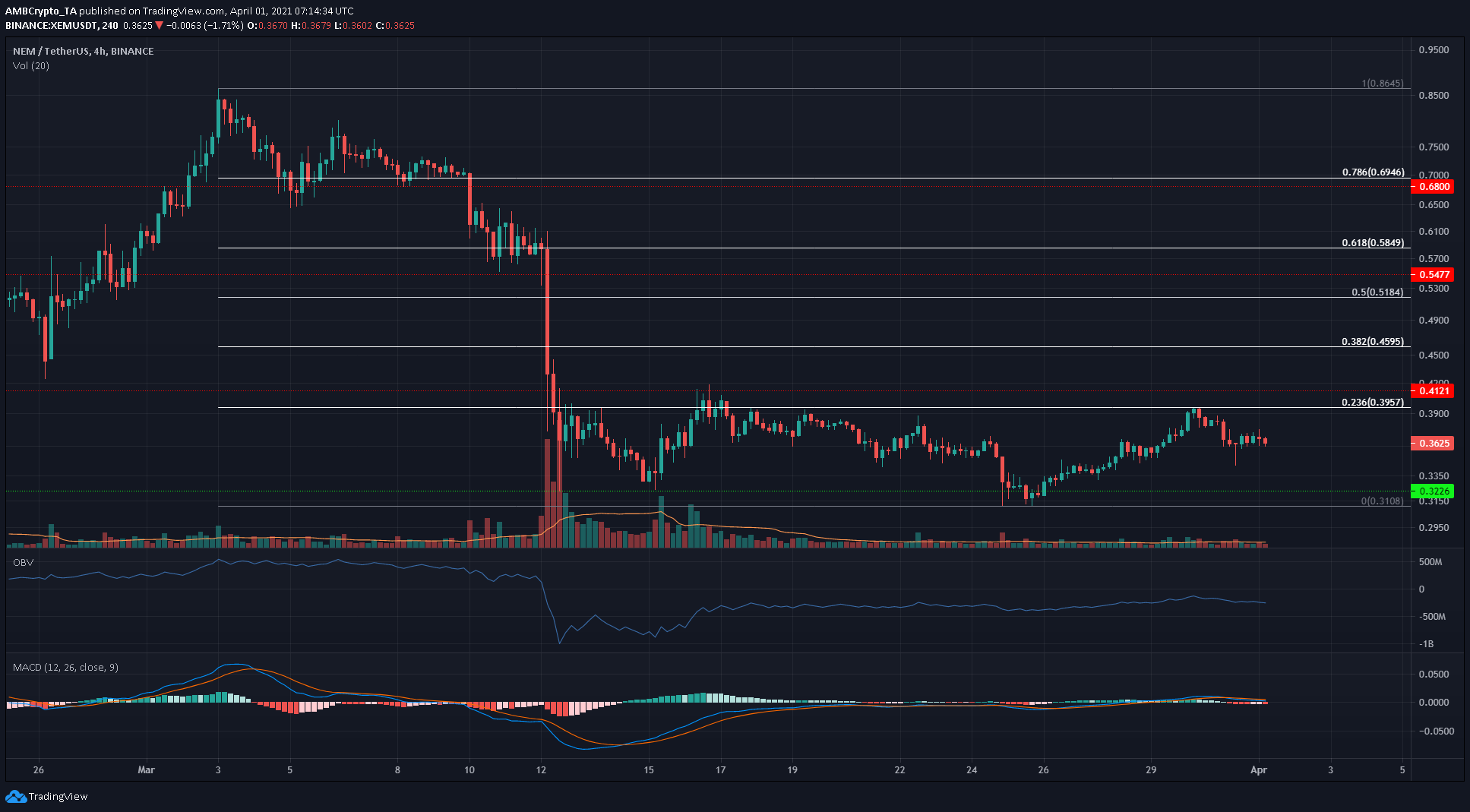 XEM saw a strong wave of selling that pushed it down from $0.68 to $0.32 in mid-March. Since then, XEM has bounced between the $0.31-$0.4 zones. The price action was similar to an asset in consolidation, although the area it was oscillating about was a relatively large one.

The OBV showed no trend over the past two weeks, while the MACD also hugged the zero line to show a lack of strong momentum. In conclusion, the price seemed likely to continue bouncing between these two levels until buyers or sellers seize the initiative – which would be confirmed by a session with significant trading volume. 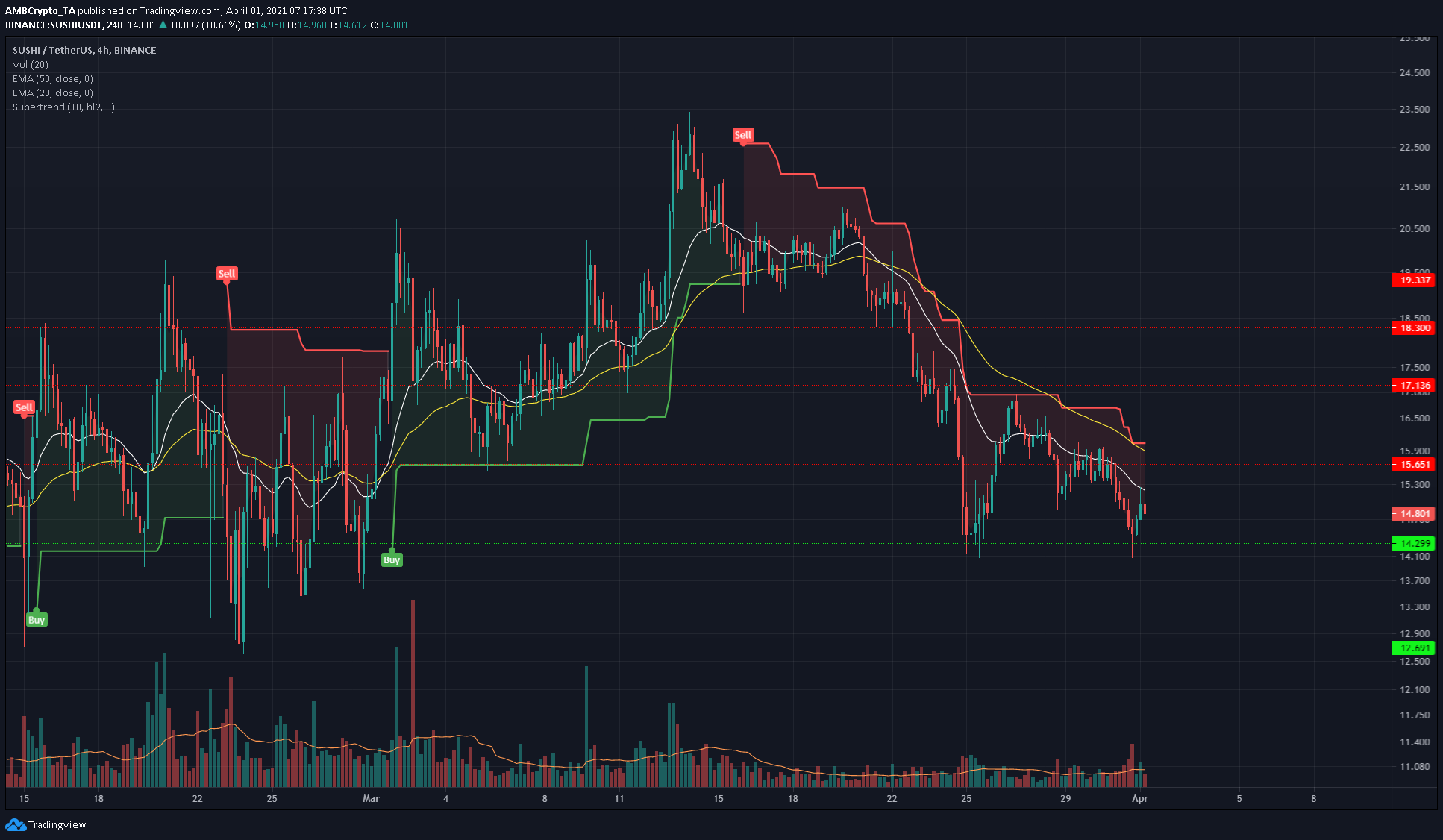 Since reaching the highs of $23.4, SUSHI has faced strong selling pressure. At the time of writing, the 20-period EMA (white) was moving well under the 50-period EMA (yellow) to show strong bearish momentum.

The Supertrend indicator continued to show a sell signal for SUSHI, with a stop-loss recommended at $15.9.