Ethereum, at press time, was trading well above $1,850 and yet, many mainstream narratives continue to consider Ethereum undervalued at the same level. That being said, there are those who have serious doubts about whether the altcoin’s extended price rally will last.

Now, an extreme level of crowd skepticism has historically been bullish for altcoins in retrospect. In fact, the skepticism being observed right now was last seen in September of 2020. Twitter may not be the ideal place for accurate analysis and predictions, however, it may be an ideal place for contrarians in the market. Ergo, the altcoin’s price may do the opposite of what the sentiment suggests, and there may be an extended price rally instead of the pullback that is being widely anticipated. 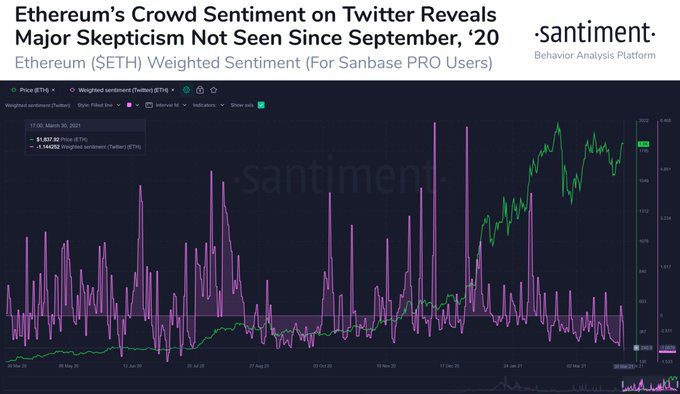 There were other metrics that seemed to support the aforementioned case at the press time price level. Based on data from Glassnode, for instance, Ethereum’s amount of supply last active 3 months to 6 months (1-day moving average) climbed to a 1-year high of 10,036,843 ETH. The previous one-year high was observed on 21 November 2020. 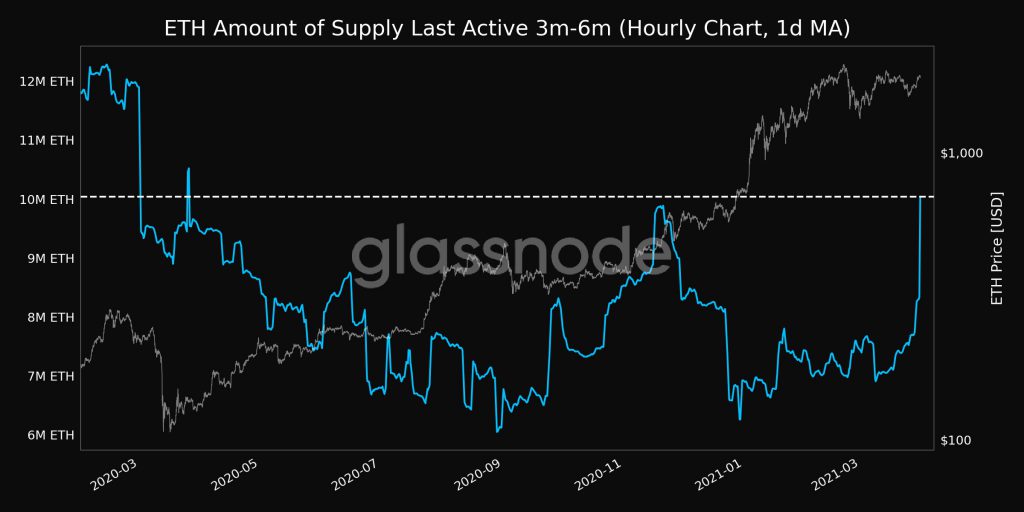 Based on the above chart, the amount of supply last active hikes to correspond with an increase in Ethereum’s price. The alt’s press time price level, for example, seemed to correspond to a 10 million Ethereum supply.

The amount of supply last active at the said level is indicative of an extended price rally since based on on-chain analysis, nearly 40% of ETH HODLers have held the asset for less than 12 months. The shift in HODLing patterns and a mere 41% concentration by large HODLers suggest that there is an opportunity for an extended price rally to take ETH to a local top or new ATH within the next two weeks.

Though there are traders considering that ETH is not an institutional-grade asset, currently, 91.2% of Ethereum addresses are profitable and this is not in line with the bearish anticipation of traders on spot exchanges. Ethereum’s price rally may be extended for the following two weeks based on the above two metrics.