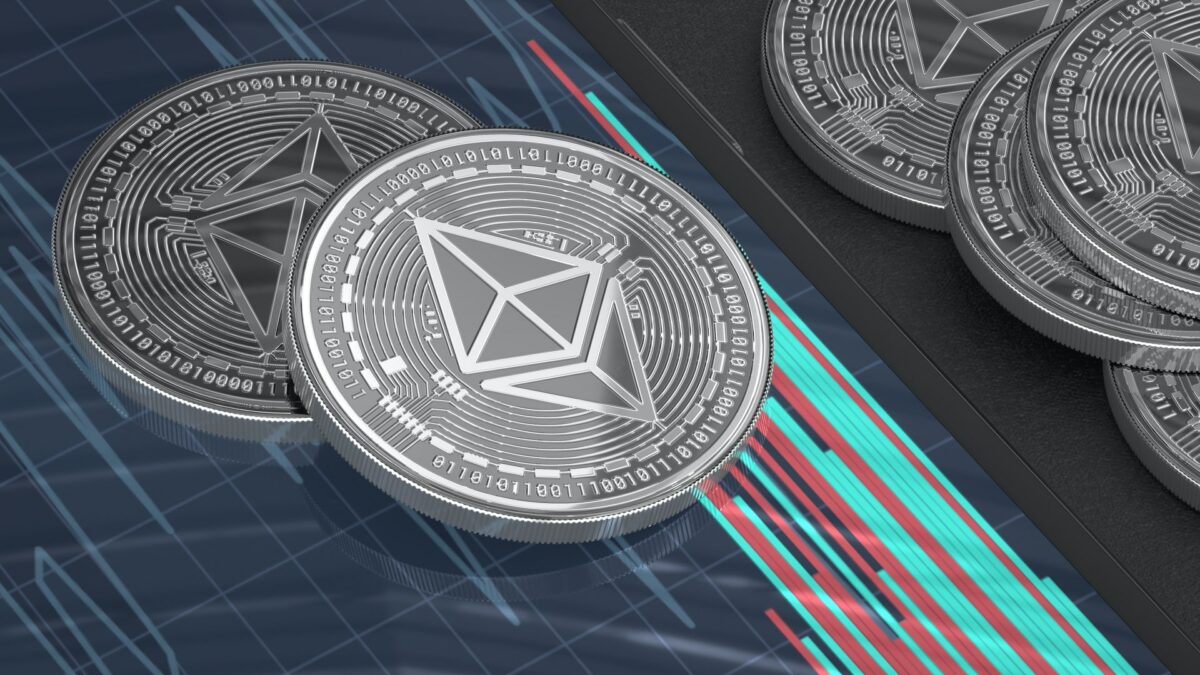 In light of the recent crypto market crash, Ethereum [ETH] can be considered one of the worst-hit tokens. Given the performance of the token in the past couple of days, it can be hard to imagine the token back above the $1,000 support line.

At the height of the crisis, ETH prices had dropped as low as $895 but have recovered almost in flash. Meanwhile, the entire crypto market has seen a revival in the past week or so after threats of a crypto winter loomed largely.

ETH has made quite a stunning recovery in the last four days. Investors were in grave pain after the latest crash that led to huge losses across the market.

However, the token is beginning to gain momentum in daily trading. ETH is currently up by 2.25% and stood at $1,217 at the time of writing. It also saw a bullish resurgence of around 21% over the past week to get to this point. The recent shadow fork has rattled out developers but there is still tremendous interest in ETH 2.0.

Glassnode reported a recent development on the subject in the latest tweet. As per the tweet, the total value in the ETH 2.0 deposit contract just reached an all-time high of 12,954,309 ETH as of 25 June.

This means that 11.5% of the total supply of Ethereum at 121,297,250.87 is stored in ETH 2.0. This is worth more than $25 billion at current exchange rates and will provide a timely boost for investors after a start to June. 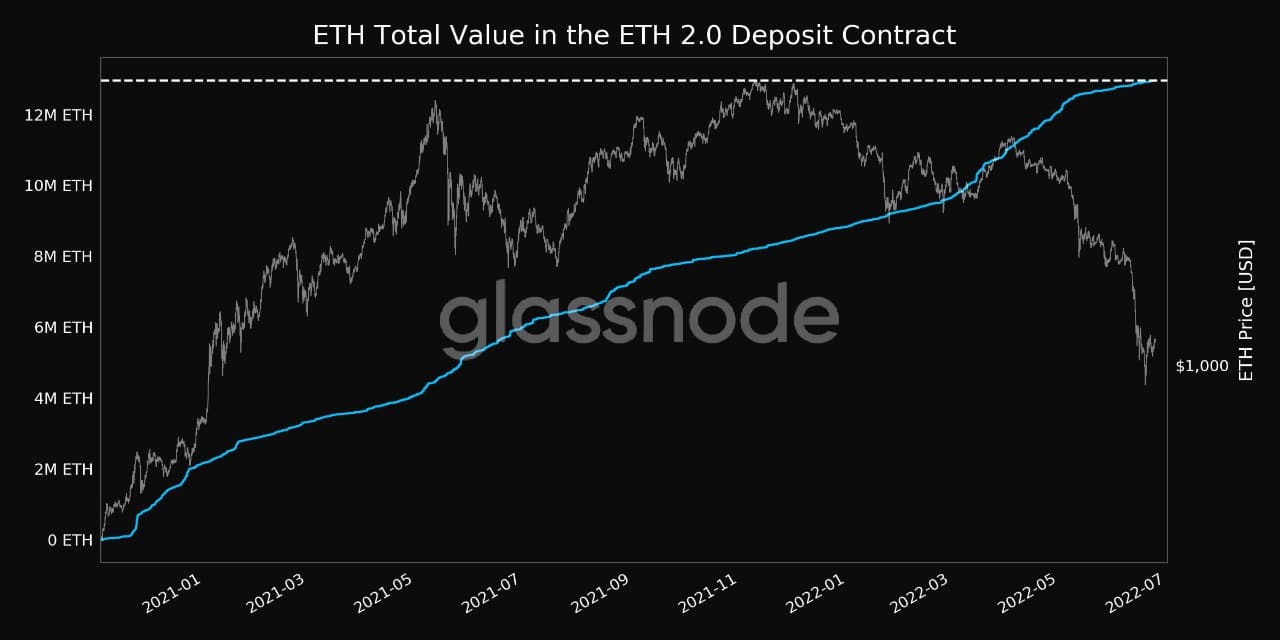 This looks like a good time to be an ETH investor, right? Maybe.

Ethereum’s network still has its share of persistent issues that have caused a rather erratic drop in volume. Currently down by 7.5%, the network volume is beginning to become a tumbling block for stability on Ethereum. 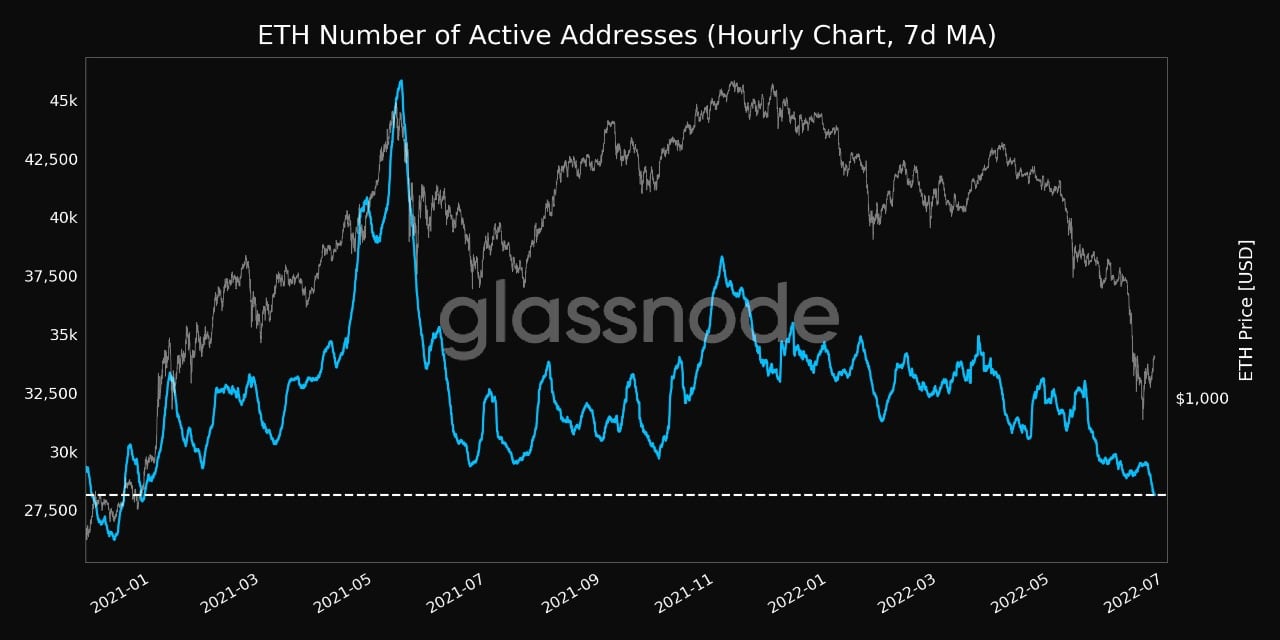 Furthermore, the ETH number of transactions reached a 20-month low of 40,691. Such a previous low on the network was observed during the recent crypto crash in June itself when liquidations were about to shoot up. 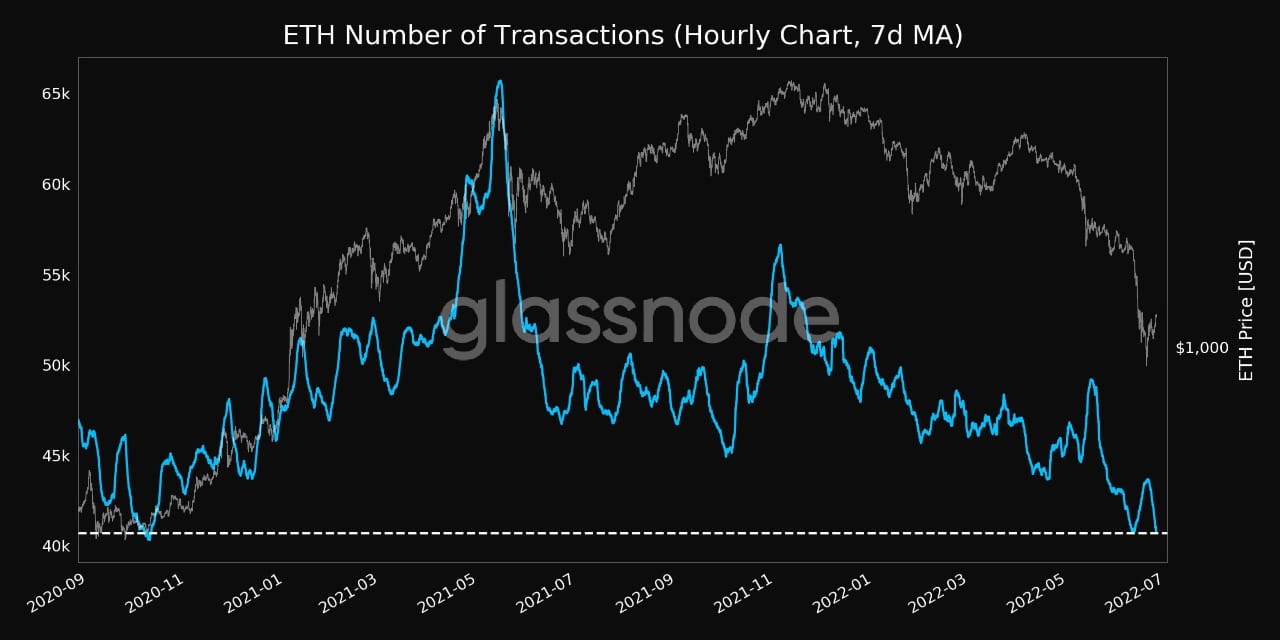 Well, the question still lingers- Will investors remain patient or will they flock to other scalable networks, the so-called Ethereum killers?

From Ripple to LBRY: SEC has this to say about Defendants’ and their motion(s)