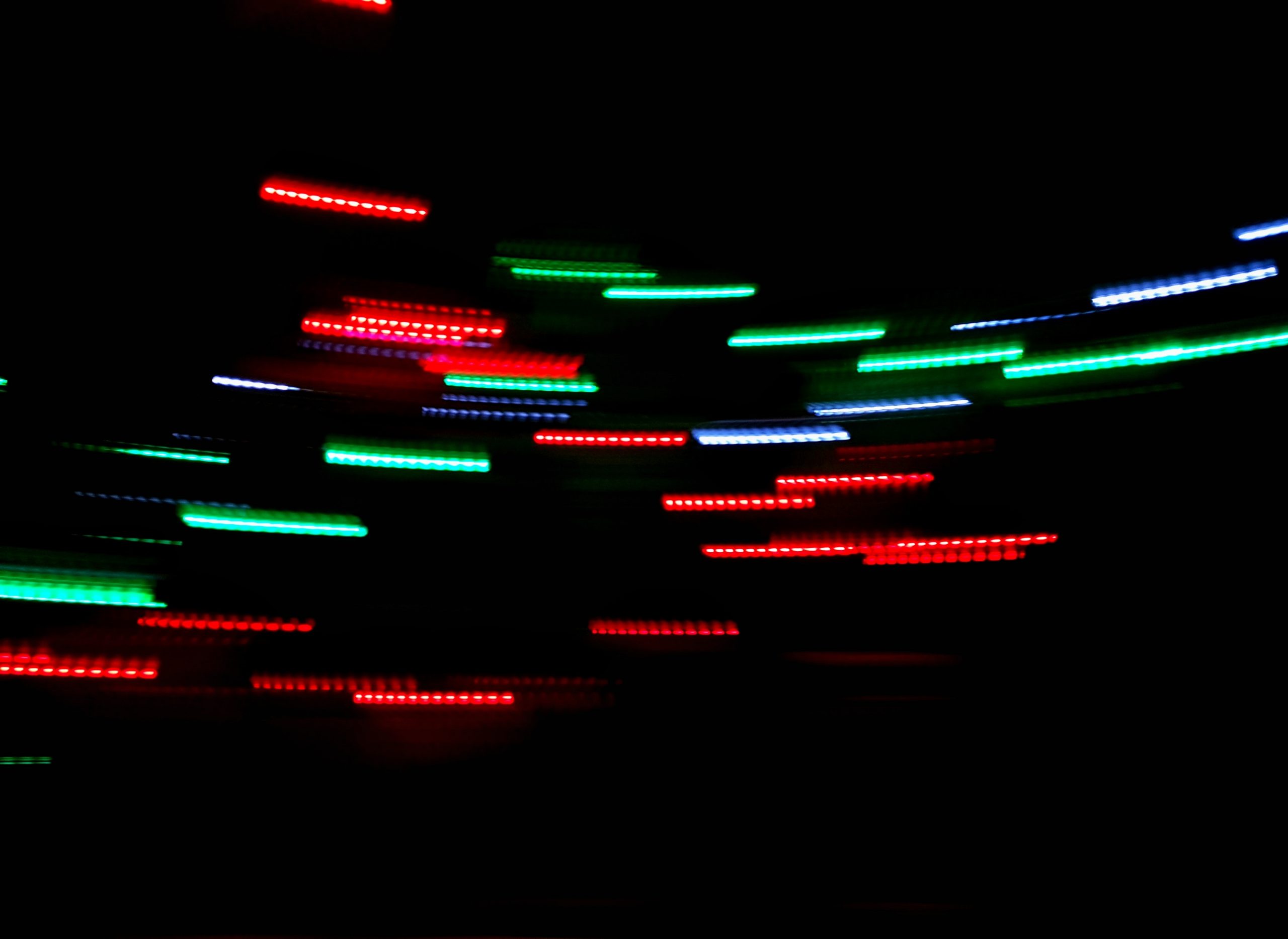 Ethereum 2.0 has been touted as a transition to a better consensus mechanism, and this particular ‘transition’ has been under research for the better half of the past decade.

The development process was initiated in 2018 and it took a while to reach Phase 0. Over the past 18-20 months, the Ethereum Foundation dealt with delays, updated roadmaps, multiple rumor-threads on the project’s legitimacy, and truckloads of skepticism from rival project proponents (*cough* Bitcoin Maximalists *cough*).

On 1 December 2020, some of these questions were put to rest. Ethereum 2.0 beacon chain successfully went live after the deposit contract for ETH2 received 524,288 Ether. Multiple validators staked 32 ETH on the network to meet the network’s condition and at the time of writing, 2,133,282 tokens had been staked in the deposit contract(i.e $1.55 billion in ETH).

However, with some arguments being put to bed, new ones have arisen with the beacon chain launch. The development process for ETH 2.0 is going to receive more limelight in 2021, but what exactly changes going forward next year?

Another Roadmap update, to understand progress this time 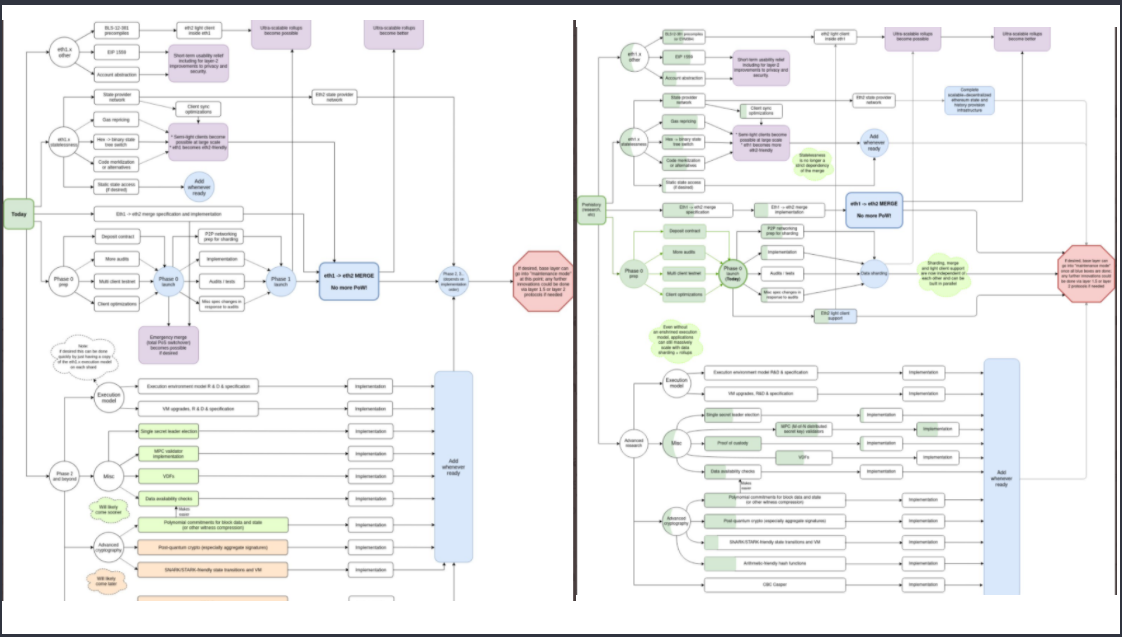 The image caption is self-explanatory. The voice of Ethereum, Vitalik Buterin, shared December 2020’s roadmap right after the beacon launch, and progress bars highlighted the state of ETH 2.0 development.

While at first glance both maps displayed a disparity between expectation and reality, what should be taken away from this illustration is the actual volume of work left for the Ethereum Foundation.

Now, after the Phase 0 launch, the attention will shift towards Phase 1 of ETH 2.0. A full-fledged transition to proof-of-stake is going to begin with the implementation process of shard chains.

To explain in layman’s terms, sharding will be a process of splitting up the load on one blockchain to spread across multiple parallel chains. The number decided was 64 shards in the beginning, but it is not set in stone. The objective? To simply make Ethereum more scalable (like you didn’t know that already).

So, the beacon chain is expected to be shared in 2021, and the questions start popping from here on.

The ‘Hold-Up’ Syndrome: Ether 2.0 and Delays

Without directing undue criticism at the Ethereum Foundation, there were a lot of delays towards Phase 0 initiation. A launch date for the beacon chain started making headlines towards the end of 2019. After that, it was a series of ‘expected launch dates’ that continued to get pushed back, giving more fuel to BTC maximalists.

So, there is a pattern. The complexity of Ethereum 2.0 is so immense that delays have become an inevitable part of the development. Danny Ryan stated in a recent interview that his immediate team is of 10 people. On top of that, they have five client teams under regular engagement, increasing the team by more than 100 contributors. He said,

“In terms of getting out some of these major upgrades to mainnet, the production goes from ideas and research into specifications and proof of concepts … then into a full-blown production, then developments in engineering and testing and finally vetting.”

What I am trying to indicate is that sticking to timelines is not ETH 2.0’s best suit, and discussions about sharding in the space only suggest that there will be more delays.

The dynamics of Ethereum’s economics completely changes with Ethereum 2.0. For example, present ETH 1 chain issuance has an inflation rate of 4% per year. With ETH 2.0, inflation rate is supposed to drop down to 0.5%, with respect to validators’ participation.

It is important to note that Ethereum 2.0 staking rewards are not accessible by users for the first two years of parallel operation. Hence, when these trading rewards are unlocked, a significant price disruption might be triggered, with significant incentives for trading. However, for 2021, the value of Ether is subject to more uncertainty.

At the moment, 1.87% of ETH’s circulating supply is locked in the ETH 2.0 deposit contract. It is not technically a bad situation due to the deflationary aspect of Ether as an asset. More people entering the staking protocol indicates that interest is there from an organic point of view. It is, ergo, not a short-term incitement.

Hence, while it may be difficult to judge the height of its price growth, the bottom could be ETH’s present value.

Time for the verdict

Now that we have covered the fact 2021 could potentially be more speculative for Ethereum, the price direction will be equally flexible. However, there are few things that we can be certain about; a) Ethereum’s value is unlikely to drop like a house of cards, b) ETH 2.0 development will not witness stagnancy, and c) Ethereum will gain more attention from investors (Exhibit A – Upcoming CME futures).

Here are some of the popular predictions for Ethereum’s value in 2021,

As observed, the prediction model for Ethereum is mainly based on the perception of analysts and how they feel it is going to perform, while data crunching websites might be incorporating historical numbers.

In my opinion, Ethereum will have the best Risk/Reward potential at the start of 2021. With Bitcoin overtaking its previous ATH, Ethereum remains 50% off its ATH from 2017. Increasing interest and rising demand for Ethereum will definitely push the value towards its ATH at some point in time, and 2021 can lay down the rally towards that immediate goal.