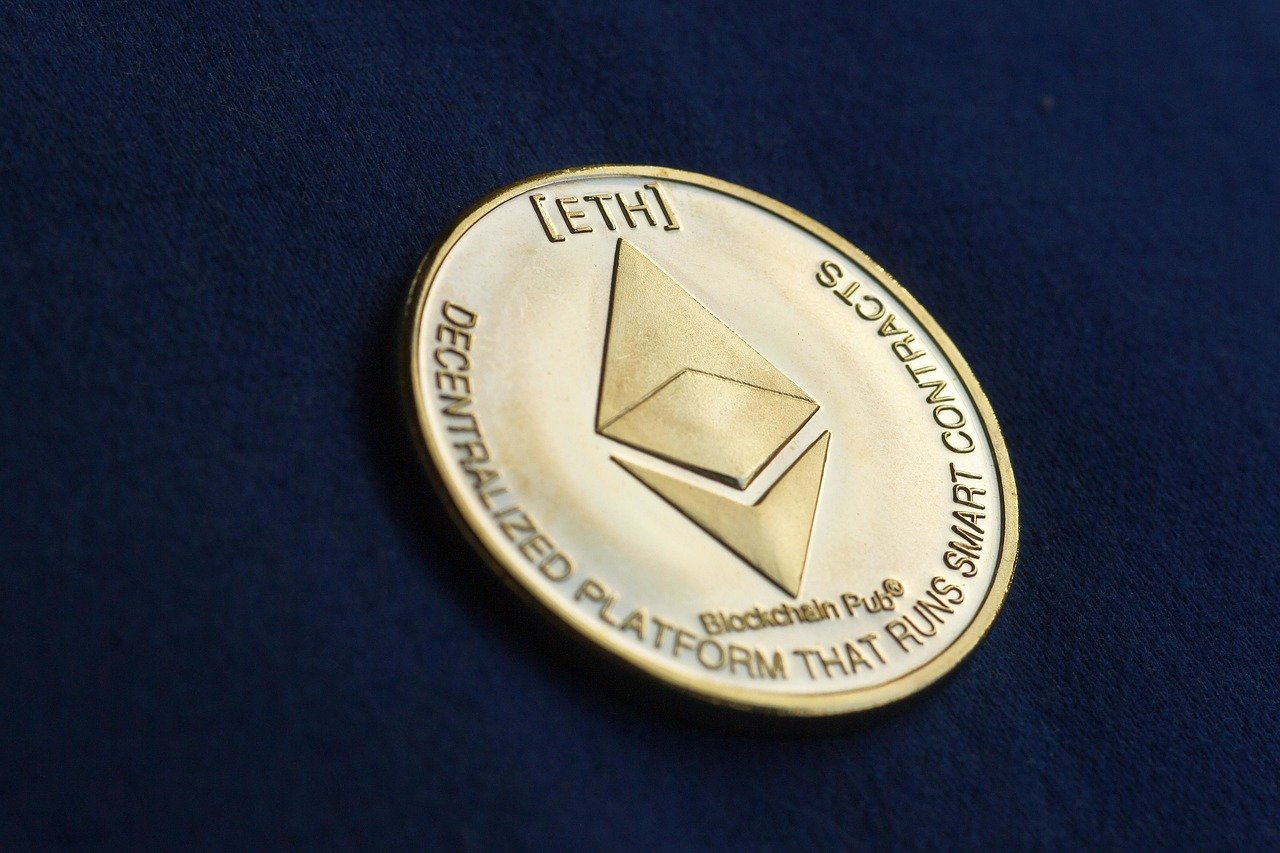 The last few days have been very bullish for Ethereum, with the world’s largest altcoin surging on the charts to touch a new ATH past $2,100 on the 3rd of April. How did this come to be? How did ETH hike by over 25% in 5 days, especially at a time when Bitcoin is struggling to sustain a breach of its psychological resistance at $60k?

Well, the answer to that question can be found in the recent news update regarding Visa, one of the world’s biggest payments networks. According to a recent announcement, Visa will now be able to settle payments using the USDC stablecoin on the Ethereum blockchain. For the same, the firm will be using the services of Crypto.com.

What does this entail? According to Bankless’s David Hoffman,

“The revolutionary new feature is that Visa is using Ethereum to submit ‘final settlement’ transactions. Thousands of transactions can happen internally on Visa’s network, and then Visa can make a single, batched transaction to Ethereum that updates the balances of its partners that leverage Visa for USDC transfers.”

How big is this news? Well, simply put, it is very big, especially because it bridges the worlds of traditional finance and digital currencies. What’s more, yes this development is likely to spur the development of crypto-assets beyond speculation, but look closely and you’ll find that it will also “drive substantial demand for USDC as it facilitates crypto transactions through a more stable medium of exchange.”

And, not just USDC, but stablecoin transactions, in general, will now be poised to expand outside of cryptocurrency circles. This was a point of view shared by Daniel Ferraro in his latest newsletter for IntoTheBlock, with the analyst adding,

“Being able to easily transact in stablecoins in the real world incentivizes demand for crypto assets and protocols as it removes points of friction, such as having to cash out and withdraw to a bank account.”

USDC, it’s worth noting, has been one of the fastest-growing stablecoins in the market, with the daily transaction volume for USDC settled on Ethereum going from an average of under $20 million in March 2019 to nearly $3.8 billion per day in March 2021.

What of Ethereum though? According to Ferraro,

“One of the biggest beneficiaries from both of these news is Ethereum. The smart contract platform settles the majority of stablecoin volume, which requires its native Ether token to pay for fees on its blockchain.”

Simply saying that Visa will settle USDC transactions on the Ethereum blockchain is perhaps an understatement since what is expected to happen is that more and more activity will be moved onto Ethereum’s payment rails. It will be an “on-ramp,” as Hoffman called it.

However, think about it. While more and more activity does sound good, is it really? Look back at the summer of 2020 and the first few months of 2021. While the former saw DeFi mania grab the attention of anyone and everyone in the crypto-space, the growth spurt in NFTs has echoed a similar sentiment. And, thanks to both, Ethereum blocks have been consistently saturated for almost a year. 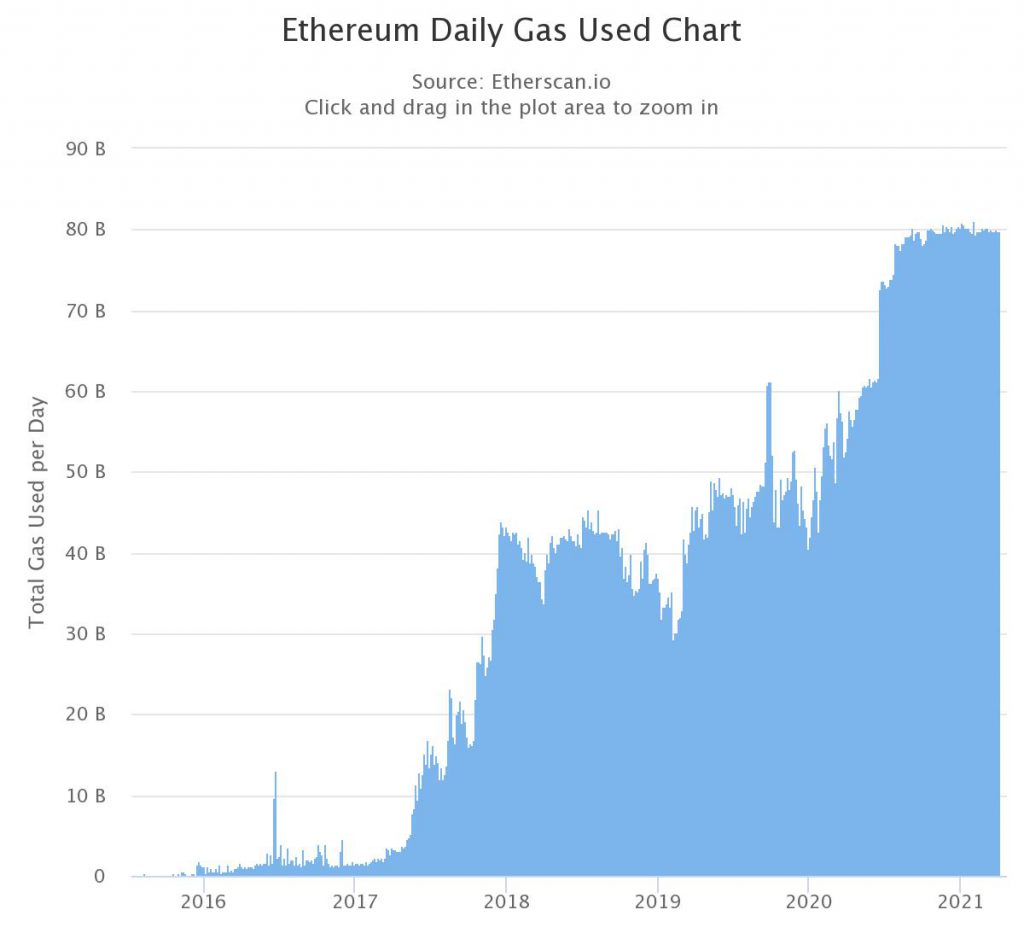 In fact, according to CoinMetrics, blocks have been 97%-98% full on average lately, with full blocks likely to lead to congestion on the network and ending up in high gas fees.

This will be the case when Visa settles a portion of its transactions on the Ethereum blockchain. Rather, this would have been the case if the much-awaited EIP-1559 wasn’t looming right ahead. With the same proposing to burn the base fee inversely to transaction activity, one can expect the same to reduce Ether’s supply as the volume of transactions grows. Simply put, the two put together can help Ethereum become a deflationary asset.

This also has implications for the scarcity of ETH and Ethereum. With many suggesting that ETH’s press time value is yet to price in the upcoming EIP and the reduction in supply, one can argue that the crypto-asset’s value will surge through the roof as soon as Visa’s volumes get going.

Optimism is high too, with the same evidenced by the finding that Options traders are betting big on the altcoin climbing as high as $3,000 by the month of June.

Is it the start of $ETH season? Options market making some big bets into June.

And then, who knows? Maybe the crypto-community will finally see its fantasy of the Federal Reserve being rug-pulled by crypto coming true.