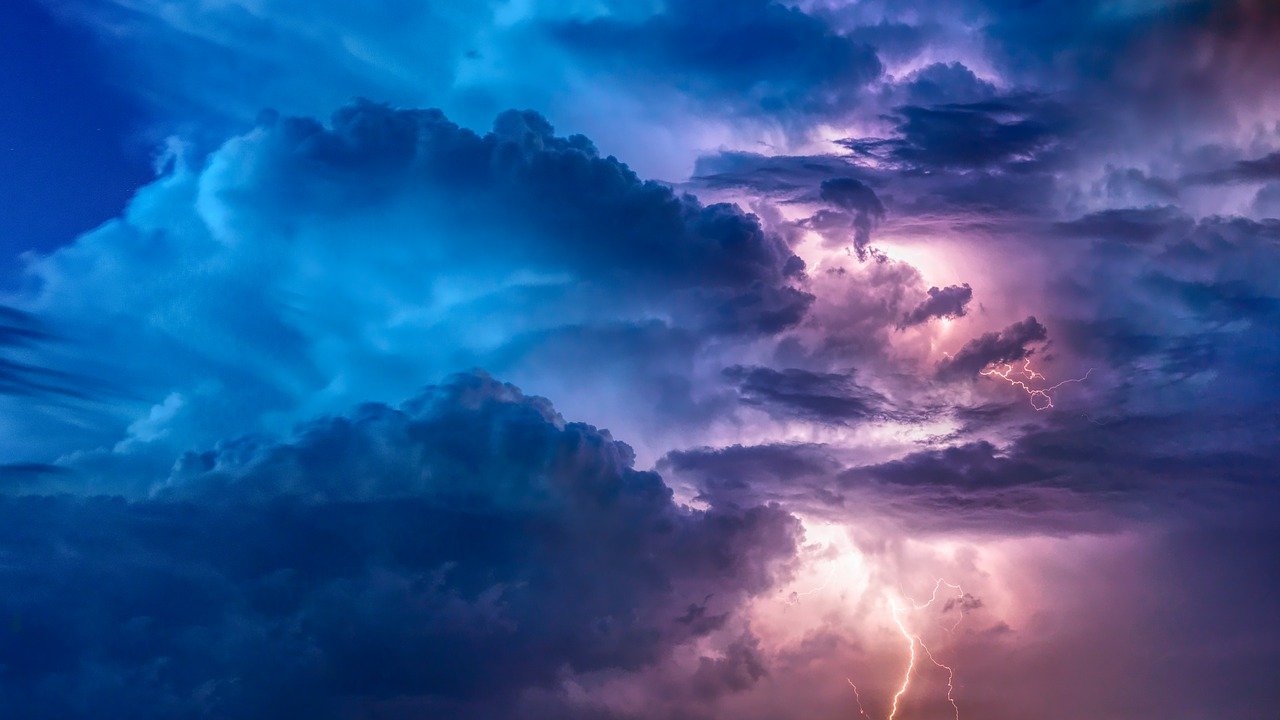 Ethereum saw a pullback to $2310 after showing a bearish divergence. BitTorrent Token looked to flip the $0.0089 level to support, and Zcash was headed toward the $300 mark. 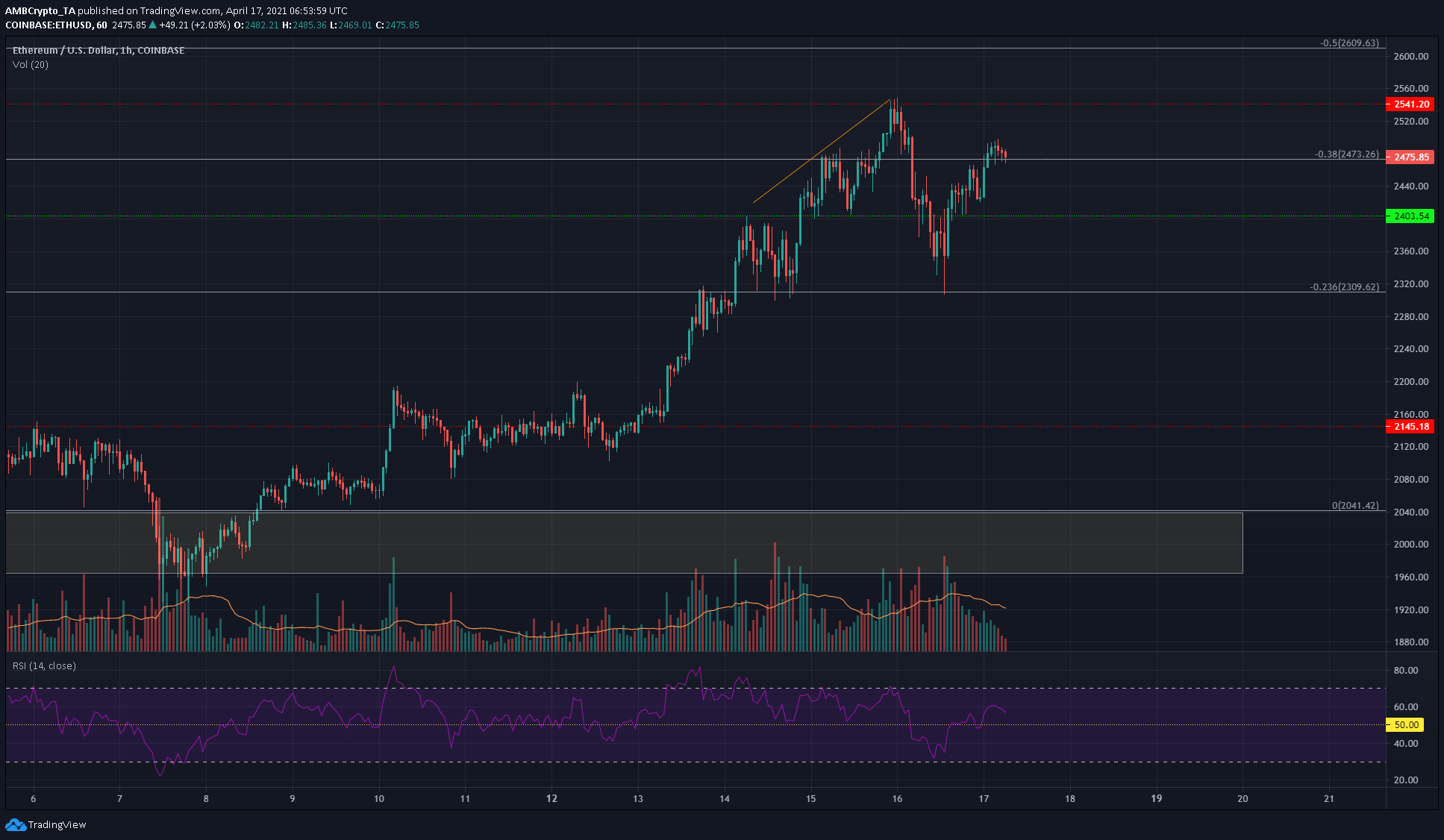 The bearish divergence seen for ETH the previous day played out and saw ETH test the 23.6% extension level before bouncing back above the $2400 support level. At the time of writing, the price has also risen above the 38.2% extension level at $2473 and could retest it in the coming hours to confirm it as support.

The RSI clawed its way back above neutral 50. Demand was strong to push prices higher, but another drop toward $2300 can not be ruled out. Following the strong gains over the past week, this weekend could see Ether cool off a bit and gather steam for its next leg upward. 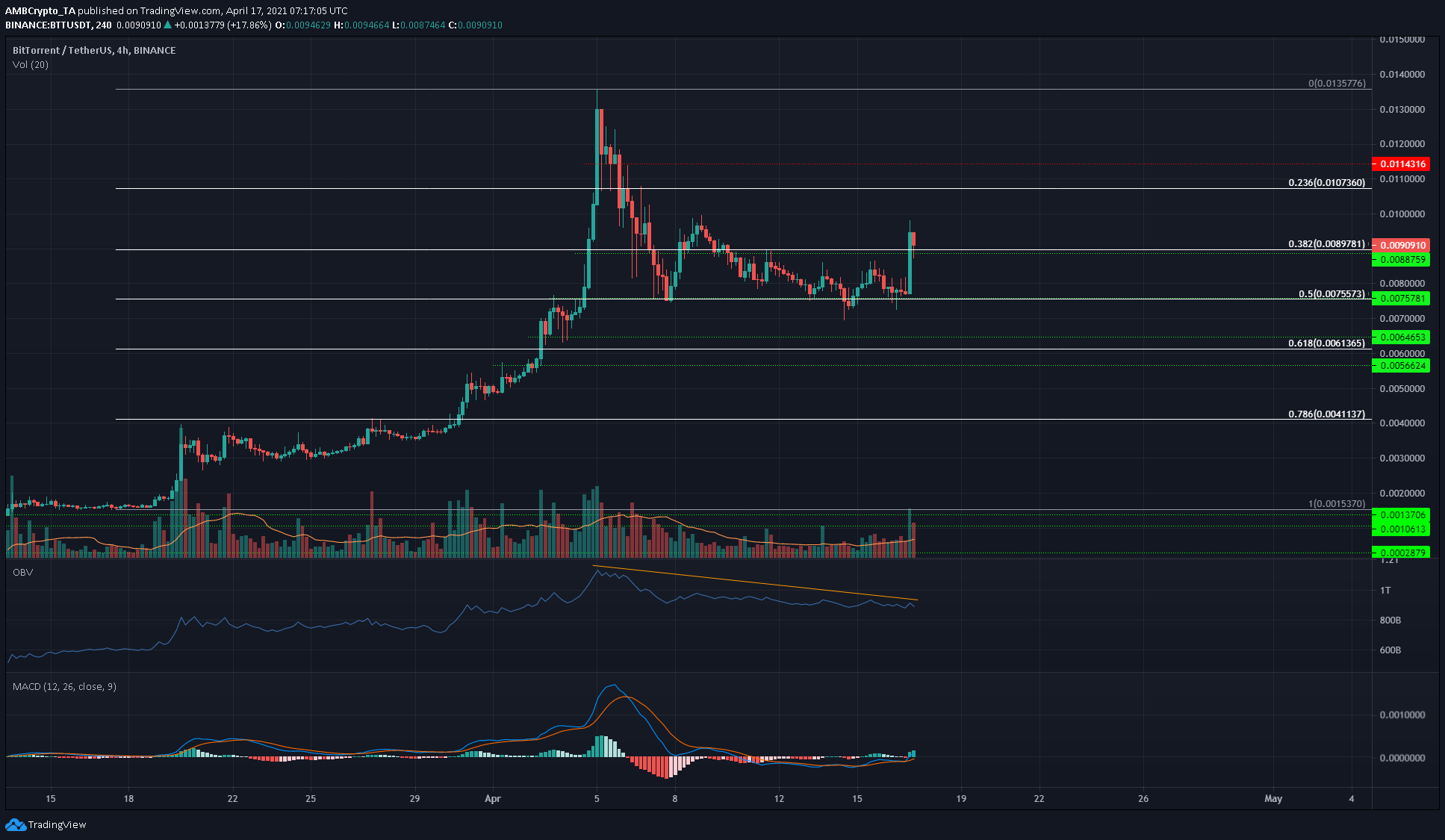 BitTorrent Token had a few days of consolidation above the 50% retracement level and recently broke out past the $0.0089 level with good trading volume. This showed market conviction and a breakout, and BTT could recover back toward the $0.0135 highs in the days to come.

The $0.0075-$0.0089 still remains an area to attempt to accumulate BTT. The OBV was in a downtrend and showed that the selling volume has been dominant since the correction from $0.0135 to $0.0075. Although the price appears to have broken out, dropping beneath $0.0089 could see a revisit to $0.0075. The OBV setting higher lows would be a signal of intent from BTT bulls. 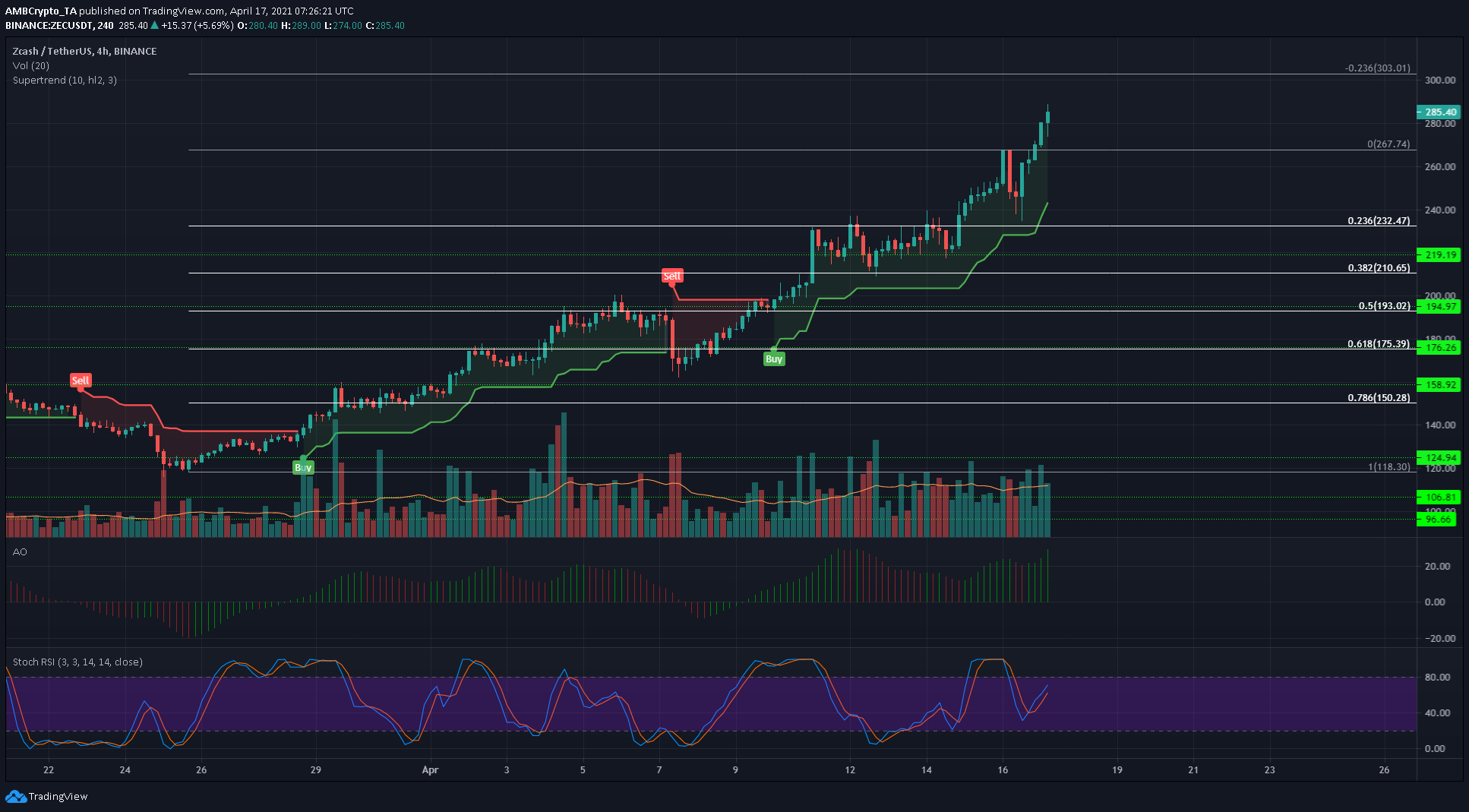 ZEC was strongly bullish on the charts, and over the past three weeks has been an example of what “up only” means. The trading volume has been above average for much of the rally, and the Supertrend indicator continued to show a buy signal with a recommended stop-loss just beneath $240.

The Stochastic RSI was headed back toward overbought territory after a temporary dip to $240. $303 and $324 are technical targets.