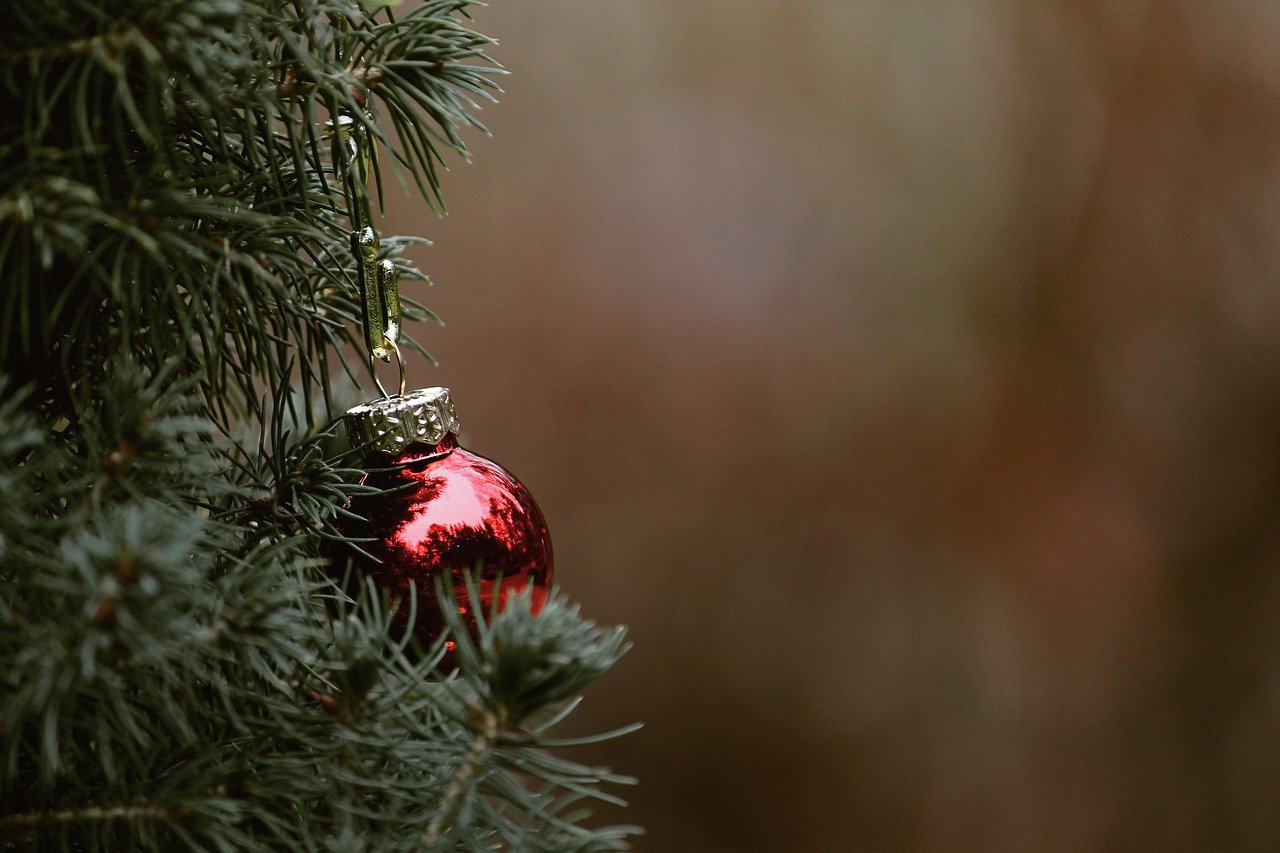 For Ethereum it was observed earlier this week that the $4050 area was a level of importance, and $4121 could pose resistance as well. The price did indeed climb to meet resistance at the $4120 mark after a breakout past the descending trendline.

Bitcoin also looked like it had some steam left in it, and could push to the $53k-$54k area. It could be difficult for bulls to push higher on one try. For Ethereum, the move above $4000 was encouraging, and a retest of the same area should be bought up to indicate chances of further gains. 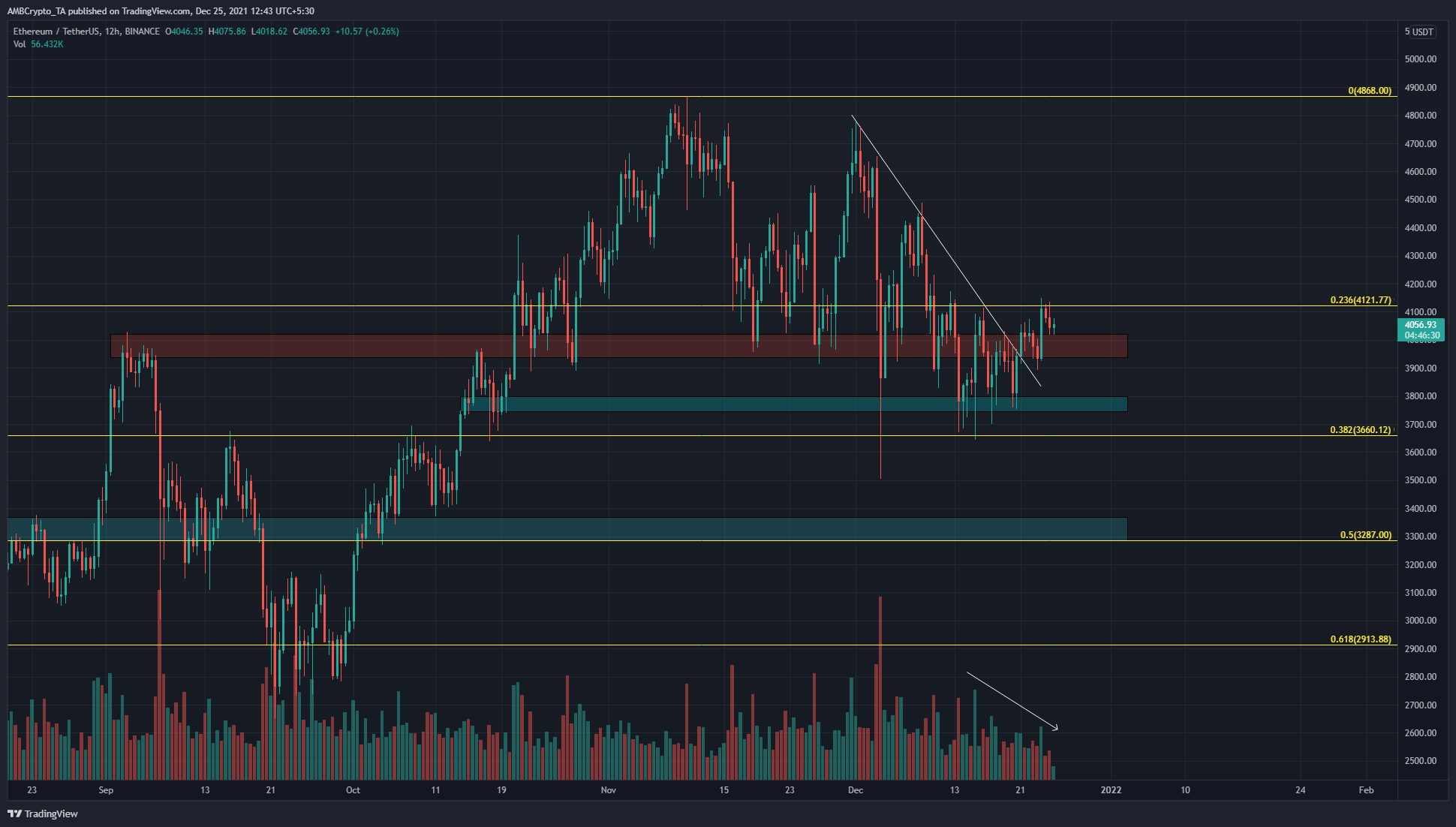 The price has advanced past the $4000 mark, an area of resistance from the September highs as well as subsequent retests. The price has also broken out of the downtrend (white) since early December.

The 23.6% Fibonacci retracement level held as resistance on the first test. However, everything was not completely in favor of the bulls. The trading volume has been on a decline even though price climbed past $4000, alongside a downtrend break.

Indicators showed momentum was bullish but strong demand was not completely present. 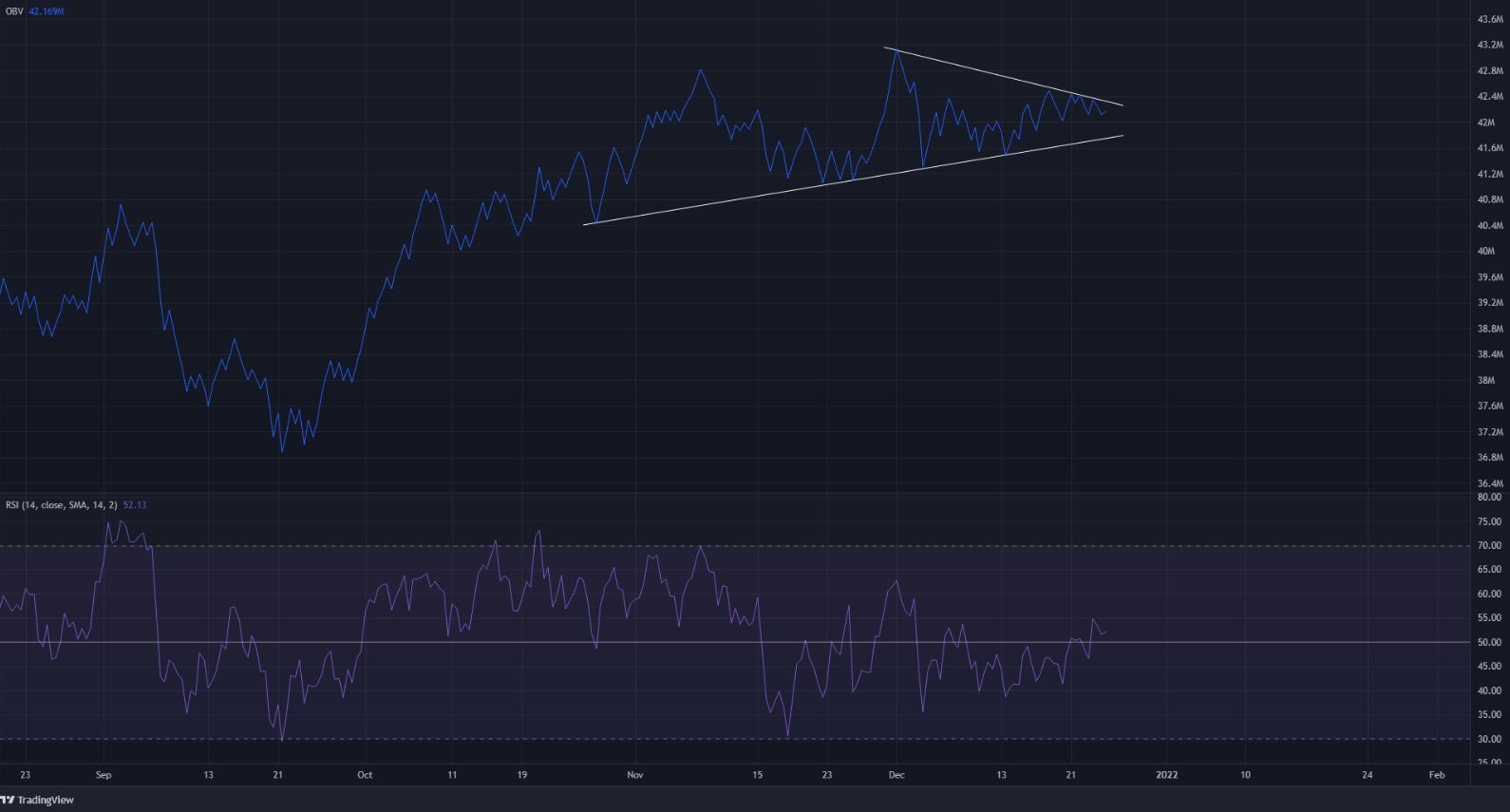 The OBV formed a triangle pattern. A move outside this triangle will likely indicate the direction of the follow-through for Ethereum, whether buyers or sellers would be in control. The RSI also formed higher lows in recent days and finally was able to push past the neutral 50 value.

As things stood, the ETH price was above a significant level but still faced resistance at the $4121 mark, with $4350-$4450 being another area of supply. Buying volume has to support any further rise in price, or else market participants would begin to fade the move.

The price action told a bullish story, however trading volume was low, possibly due to the holiday season and people not willing to assume too much risk. Hence, further clarity would be necessary. Bitcoin was also likely to climb slightly higher, however, it faces significant resistance overhead. A rejection and pullback for Bitcoin near the $54k mark could undo much of the recent gains for ETH.