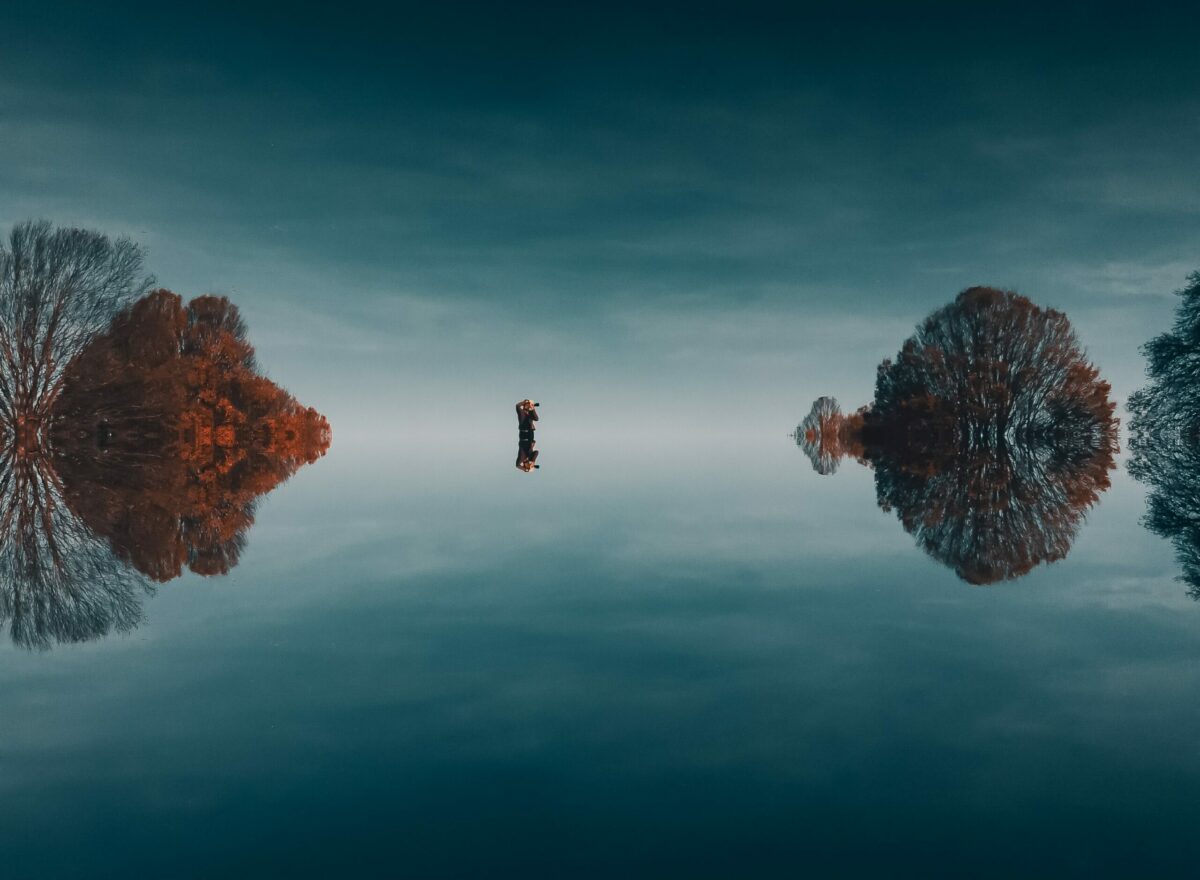 With a market cap of $550 billion at press time, Ethereum’s progression in 2021 has been impressive. Its year-to-date growth was 523%, at press time – A growth of 5x on the charts. Now, that doesn’t seem significant when compared to some of these other assets in 2021. However, Ethereum comes with a sense of stability. Unlike some of the meme coins around, ETH will not crash when one’s sleeping.

However, with less than 7 weeks left in 2021, its YTD hike might surge to a whopping 2,000%. Especially if a particular trend from 2017 is repeated over the next few weeks.

2021 has largely been considered as the second coming of 2017’s bull run. New all-time high levels have been established throughout the year, and there have been some peculiar similarities between both bullish periods. For starters, both of them established an initial ATH high of $420 and $4384 during Q2 2017 and Q2 2021, respectively. And, in a mirror-like fashion, both recorded a new ATH above their previous levels in Q4 2017 and Q4 2021, in the same month.

In such a scenario, Ethereum‘s market cap will cross $1.5 trillion and well, crypto-euphoria will be in full force.

Keeping your feet on the ground? 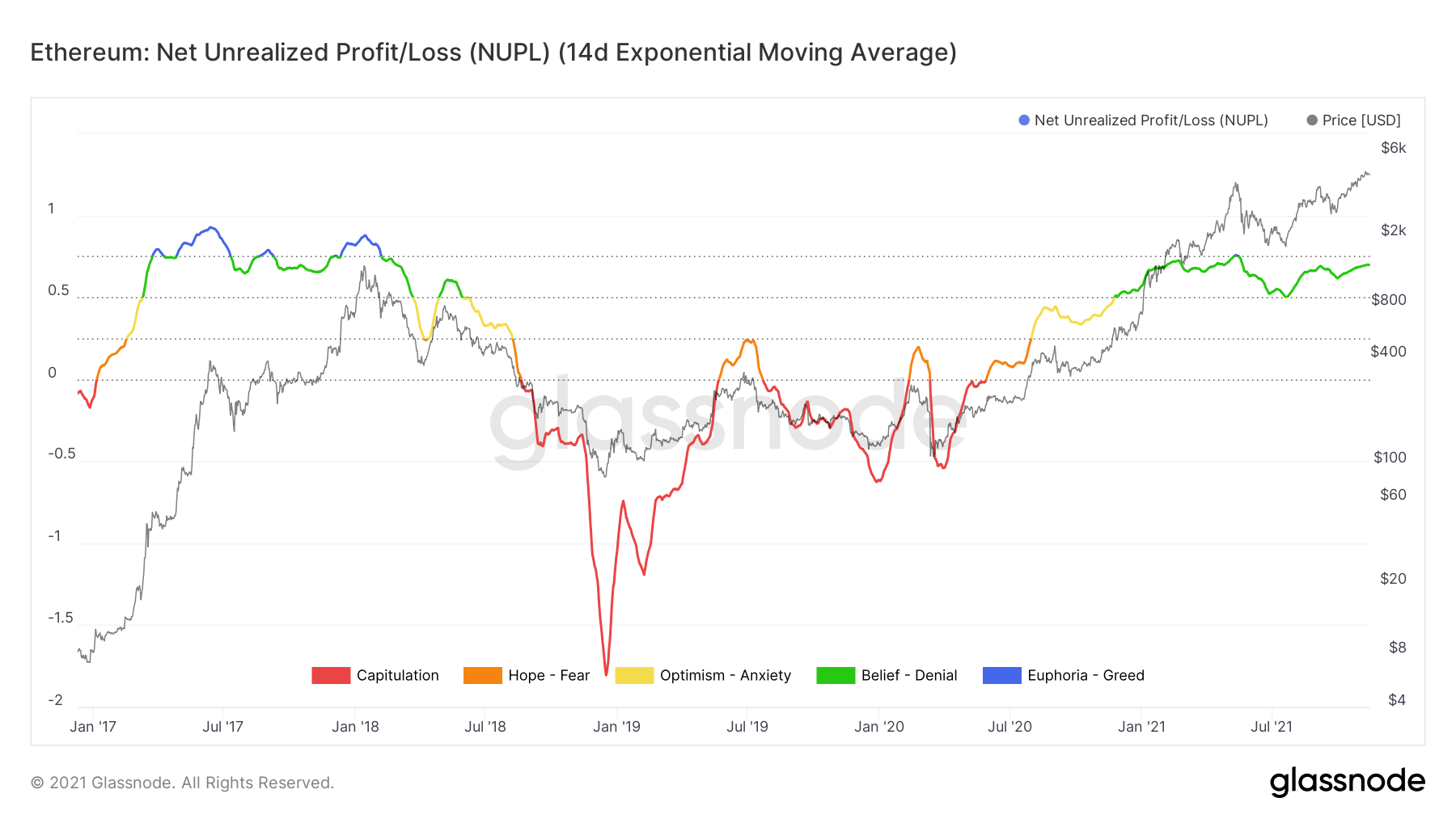 Now, a 253% return for Ethereum will make any investor daydream. But, the realities are different between 2017 and 2021.

And yet, ETH’s Net Unrealized Profit/Loss remains uncannily similar. In 2017, the NUPL value was around 0.71 on this day, while ETH’s NUPL value, at press time, was 0.69.

However, in 2017, the market was at the center of a period of greed and euphoria at the time. On the contrary, in 2021, the same levels of profits haven’t been realized by its investors. 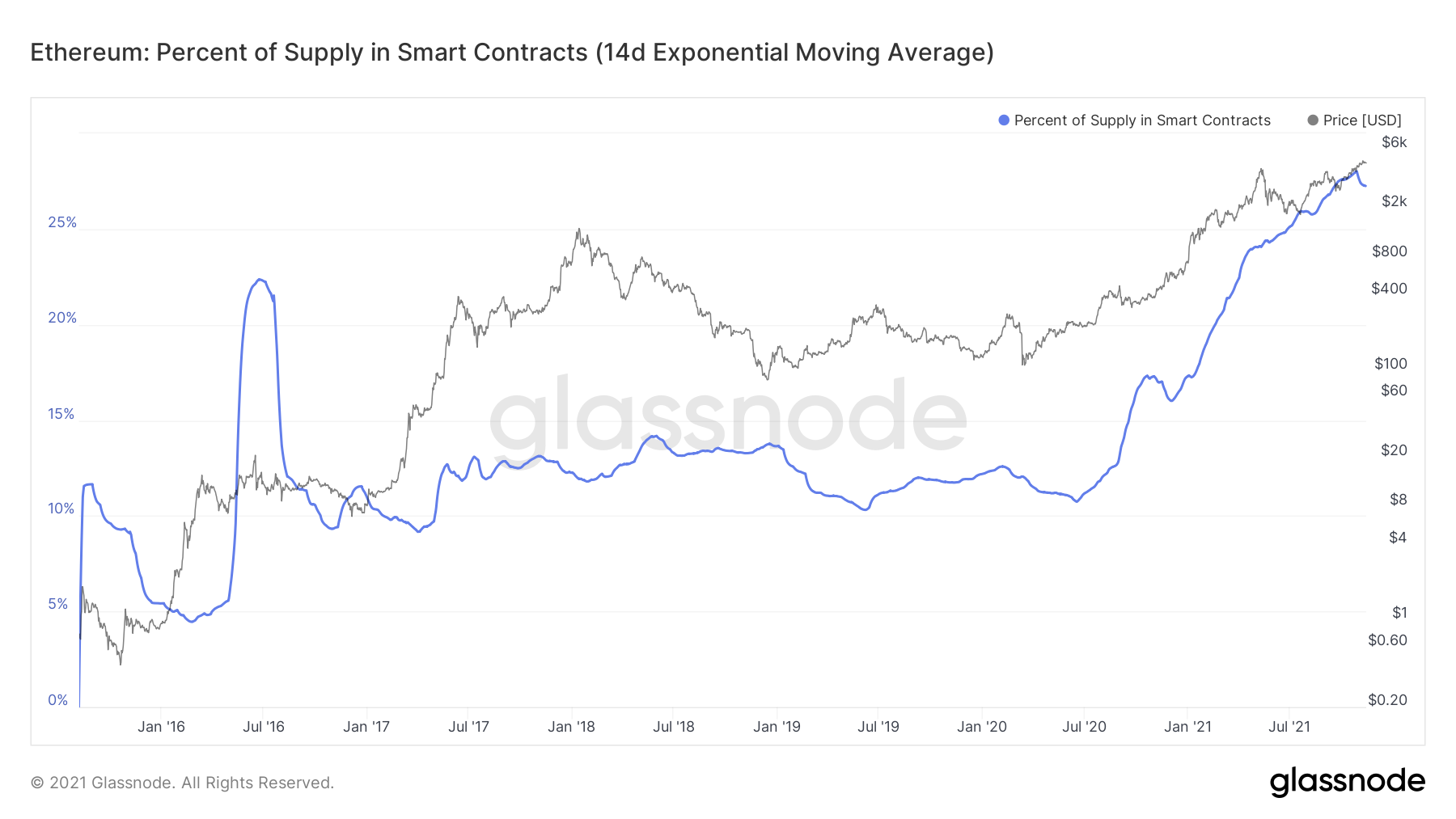 It is also essential to understand that the current illiquid supply of Ethereum has risen by quite a bit. DeFi, ETH 2.0, smart contracts, all these functionalities have taken a lot of ETH out of circulation. All of this does improve its long-term value.

And yet, it is important to understand that illiquid supply, which doesn’t move in the market, also doesn’t have an impact on price direction.

Final words – To hope or expect?

To be fair, it is easier to hope for the best but expecting such as outrageous return might be a little fanciful. The crypto-industry remains as unpredictable as ever. So, the possibility is still very much a possibility.

However, when it comes to capital investments, it is essential to be calculating rather than courageous.

Bitcoin: How a possible market reset could pan out