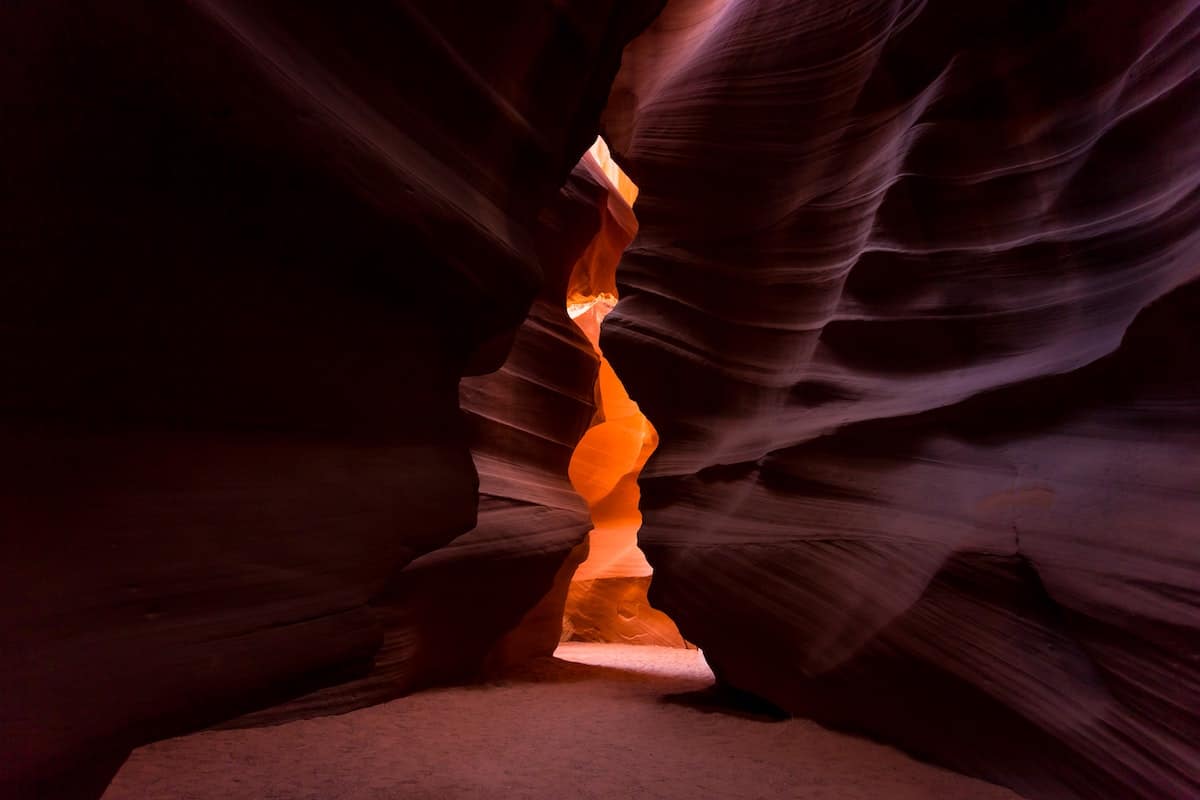 Ethereum [ETH], the largest altcoin, has HOLDers that have placed their faith in the upcoming Merge to aid the bleeding price. At press time, ETH declined by a staggering 16% as the price dropped to the $1,238 mark. Now, given the delay in this transition, ETH could have a different journey ahead…

Is there light at the end of this dark tunnel?

Ethereum network developers have decided to delay the difficulty bomb, a major step leading up to the highly anticipated Merge upgrade. They set the delay to two months to “be sure that we sanity check all the numbers before selecting an exact delay and deployment time,” according to core developer Tim Beiko.

In short, we agreed to the bomb delay. We were already over time, and want to be sure that we sanity check all the numbers before selecting an exact delay and deployment time, but we are aiming for a ~2 month delay, and for the upgrade to go live late June.

This so-called bomb would make mining profitability plummet to disincentivize miners ahead of the long-awaited Merge. Given this delay, many would portray bearish viewpoints concerning the largest altcoin. But, the scenario here could be a different one by looking at ETH’s network traction growth.

ETH’s daily transactions chart as showcased below saw a constant growth within a range of one million to two million in 2022. This could signify that the network has been incorporating or handling transaction load efficiently. 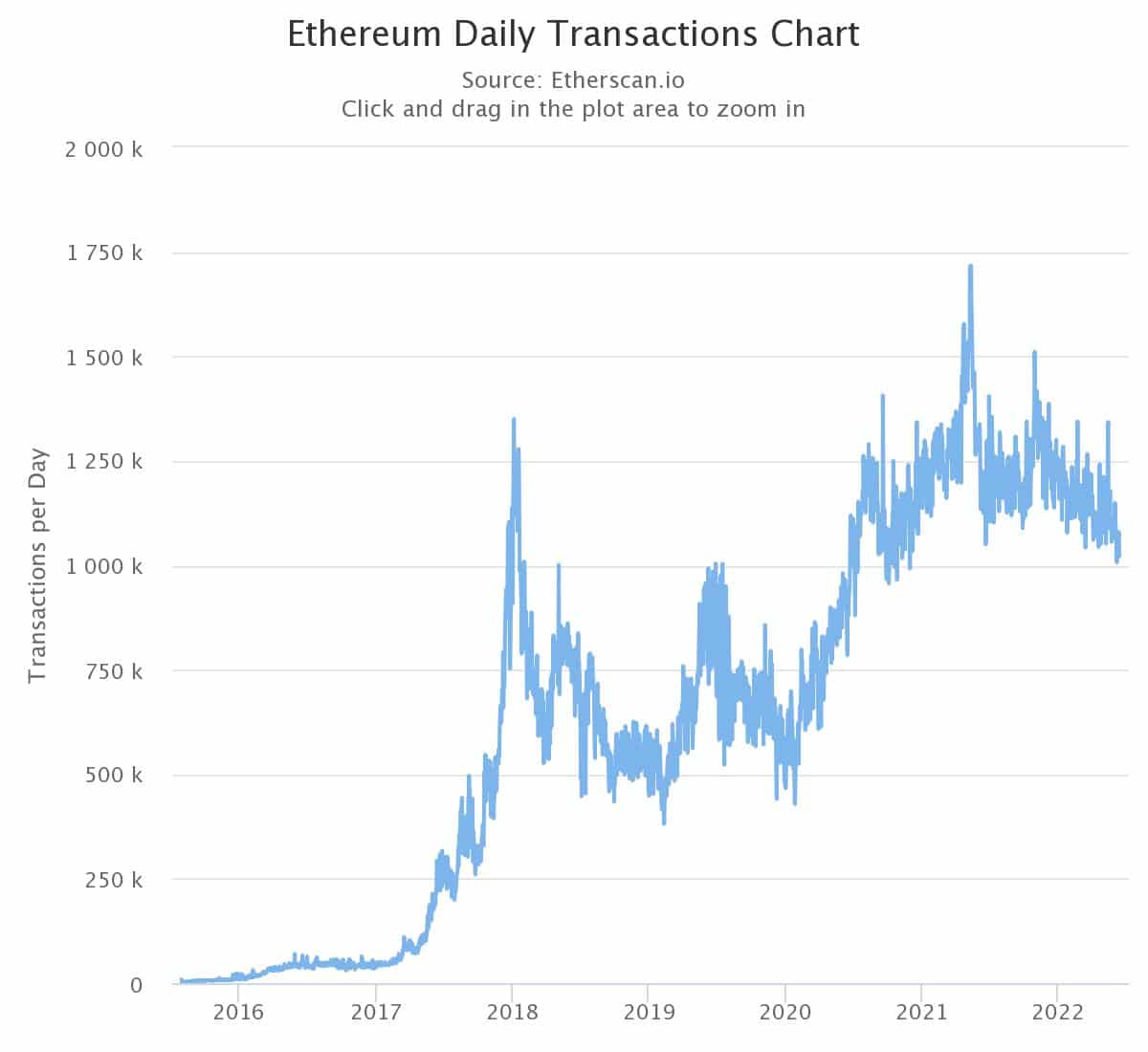 Meanwhile, the number of addresses piling on the network painted a similar picture as well. The number of Ethereum addresses with a non-zero balance has hit a new all-time high—just like it did at this time last year. 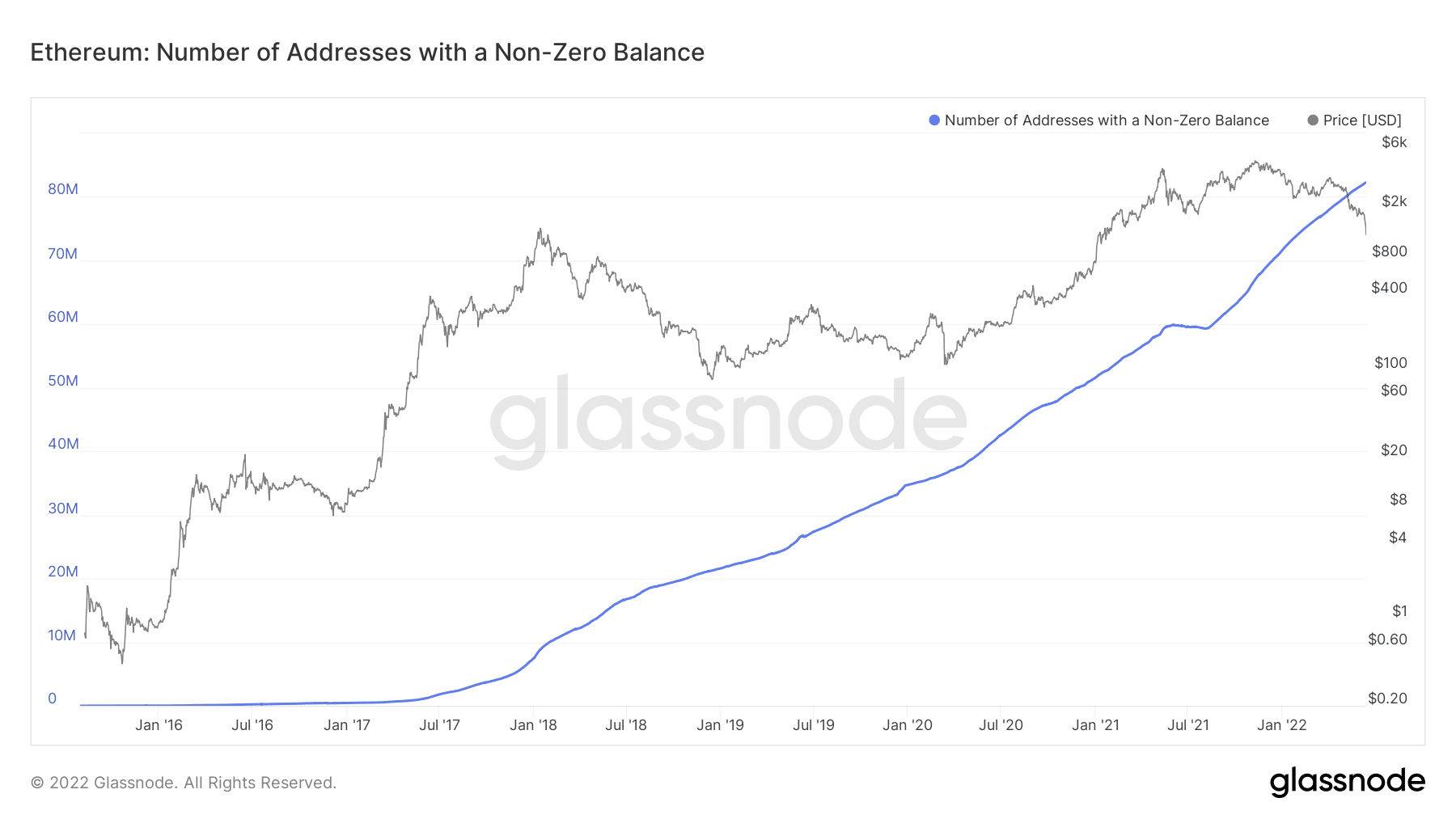 There are now 82,151,788 addresses holding some amount of the second-largest cryptocurrency by market cap, according to blockchain data site Glassnode. In addition to this, the anticipation around Merge is still active and existing.

Despite the poor reaction of prices to the first successful merge on the Ropsten testnet, ETH 2.0 staking has been stable. Total deposits to the ETH 2.0 deposit contract rose continuously. 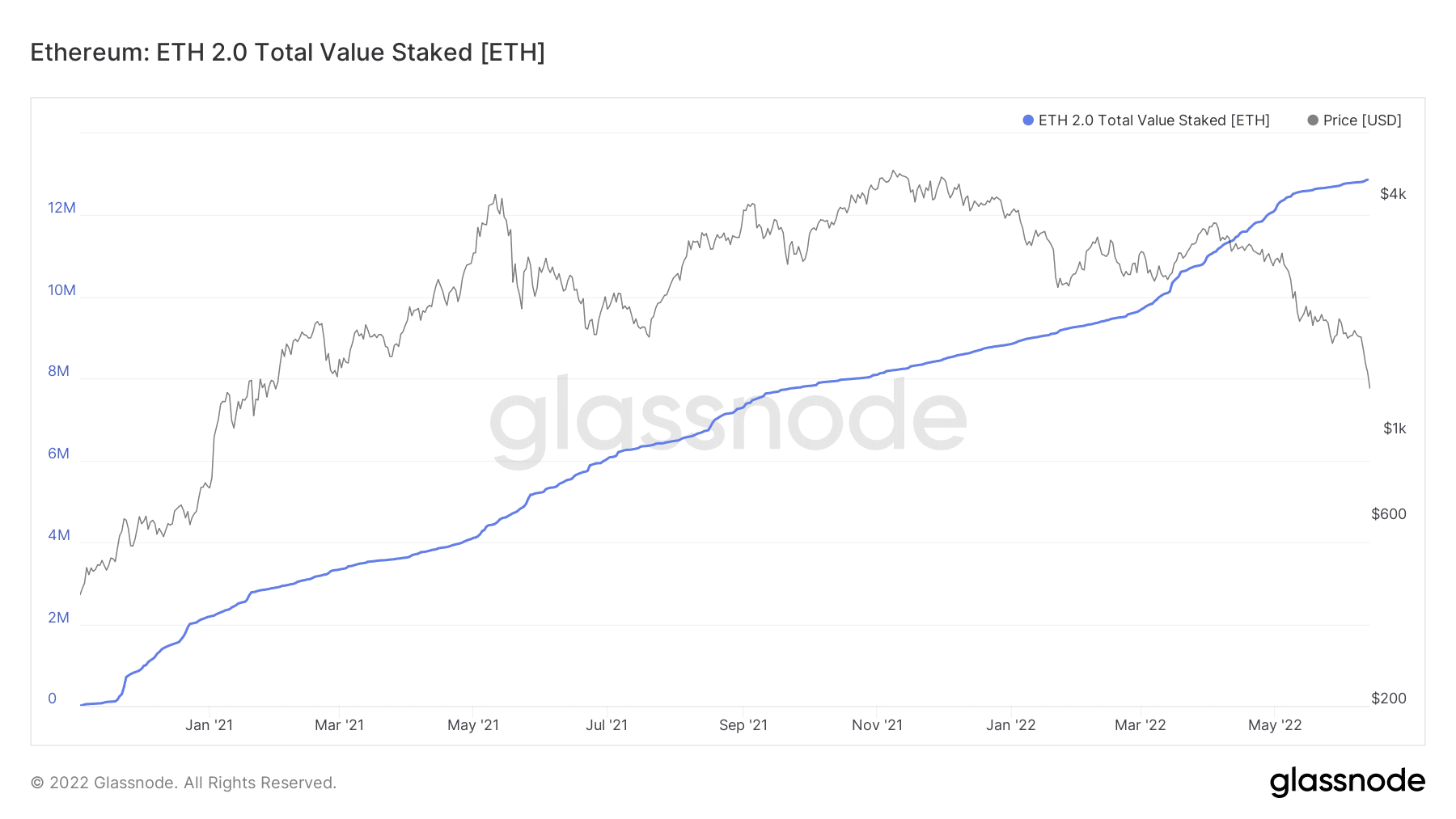 Indeed, a much-needed support for the Merge and its eventual consequences.

While, the aforementioned developments might act a brief support for the bleeding token, but not for long. Consider this for instance:

The principle risk here is levered $ETH collateral in DeFi loans getting liquidated in a cascade https://t.co/26u0vXnMMY pic.twitter.com/q555clRaap

The ratio between Ethereum’s and the top three stablecoins’ market capitalization grew to 80%.

(Ethereum is the platform hosting over $100 billion worth of leveraged loans and DeFi positions. Most people borrow stablecoins. If the network is worth less than the stablecoins built on-top, means debt is very high relative to collateral. Risk of cascade are high.)

Related Topics:EthereumGlassnodeThe Merge
Up Next

Decoding the LUNA 2.0 v. LUNA Classic debate: Which one should you buy