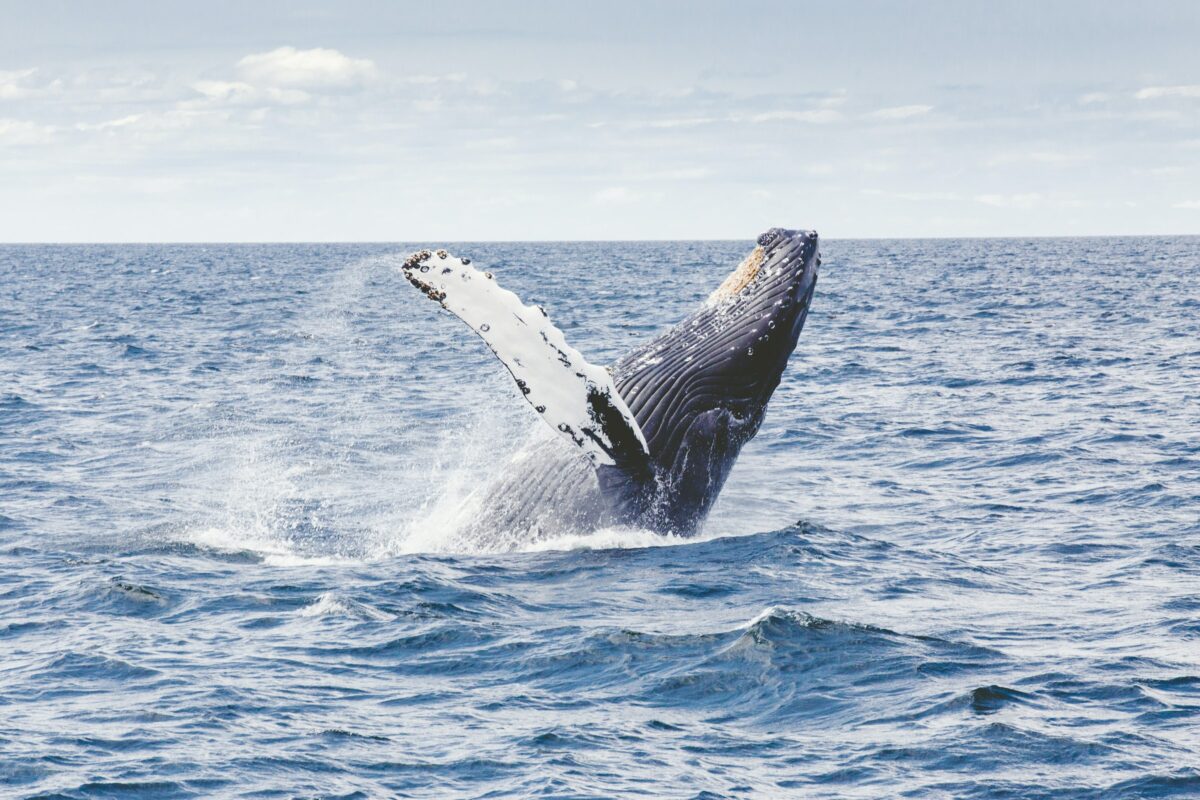 Altcoins are recovering from the bloodbath, however the recovery is slow and there are specific signs pointing towards it. Altcoins in the top 25 have noted a drop in price and social volume, the trade volume has increased consistently. Ethereum, Cardano, Binance Coin, Dogecoin, XRP and Polkadot’s price has dropped by over 30% in the past week. Additionally, Bitcoin’s dominance has dropped to 45% and Ethereum’s below 20%. The dominance of altcoins has increased, despite the overall drop in crypto market capitalization. 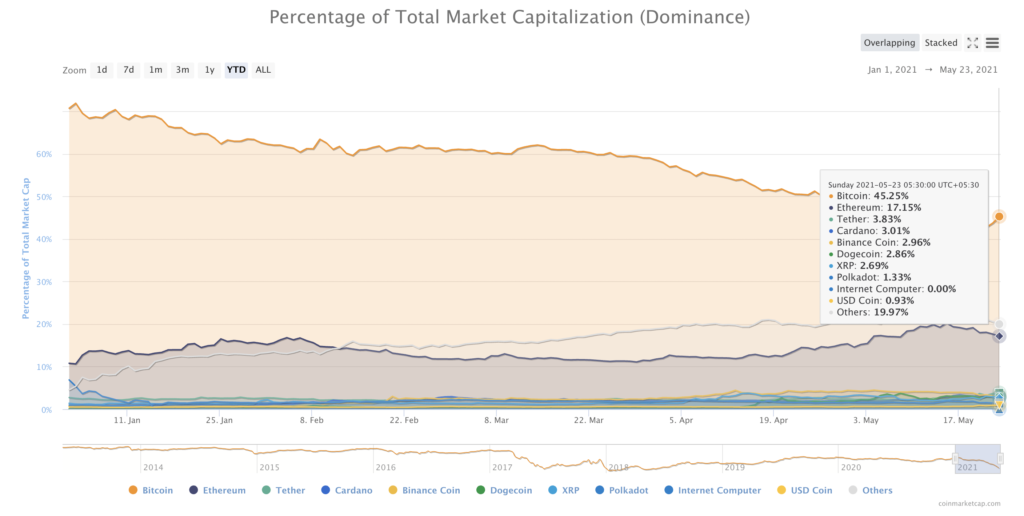 The increasing altcoin dominance and trade volume are key to the altcoin rally and price recovery. In the case of Ethereum, the price is recovering with a drop in trade volume. The concentration by large HODLers is at the 41% level, it was the same level when the altcoin’s price was in the $2500 range.

Since the drop in Ethereum’s price has not had a negative impact on its concentration by large HODLers or the profitability of HODLers, this is a sign that Ethereum is undervalued and a recovery is underway. Based on data from coinmarketcap.com, 90% HODLers are profitable at the current price level. In the case of DeFi tokens, Uniswap [UNI], Wrapped Bitcoin [WBTC] and Aave AAVE’s recovery have started based on the increase in price. 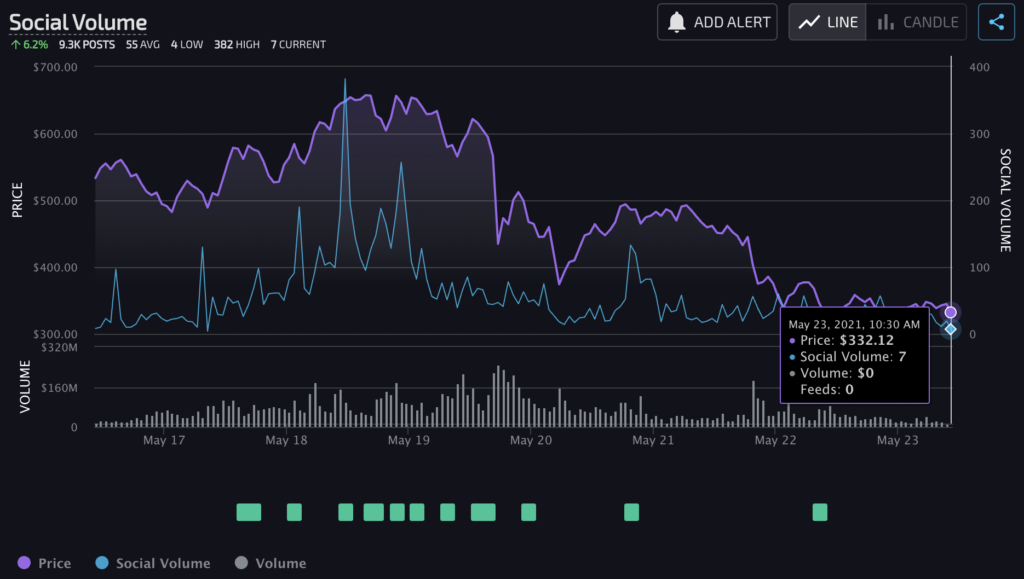 One of the key reasons for the altcoin bloodbath is the increase in leveraged trades in ETH and BTC. Overleveraged ETH longs may have led to a drop in Ethereum’s price, while on its way to the rally to $6000.

Though ETH’s market capitalization is $259 Billion, after dropping from half a trillion, ETH’s market cap is now nearly a third of BTC’s market capitalization since it has dropped to the $689 Billion level. Overleveraged trades have led to a dip in previous price rallies, back in 2020 and 2017 as well. The increase in social volume, trade volume and the drop in leverage trades are the key factors to watch out for the recovery of altcoin’s price.

CAKE, Chainlink, SUSHI: One of these altcoins indicates this price trajectory