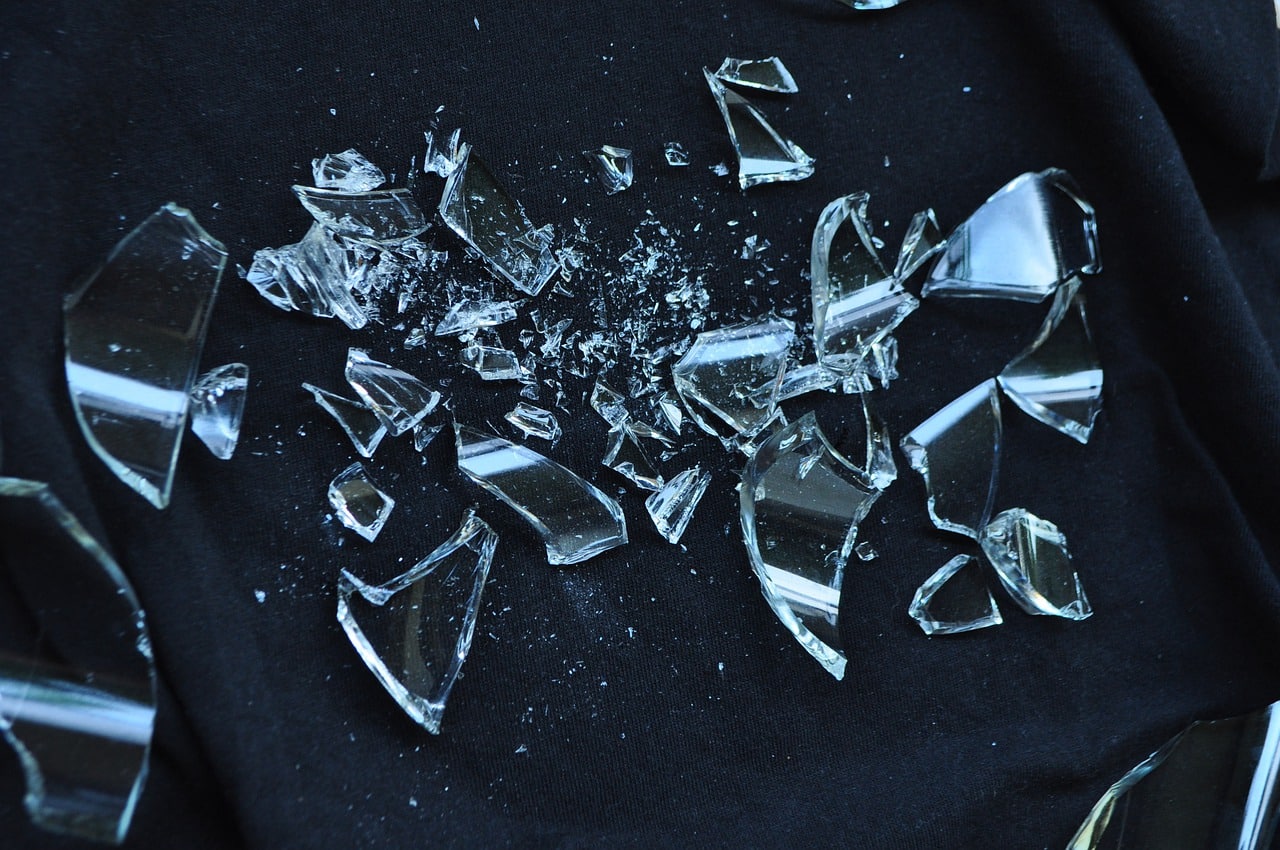 Ethereum Classic [ETC] has posted sizeable gains in the past two weeks as the bulls refused to let the price slide beneath the $30 mark. They were able to drive a rally as high as $42 before facing rejection.

News of the Merge could also have had an effect as miners shifted to the ETC which resulted in a rise in the hash rate for the PoW coin. This rate has grown since mid-August, but the price has not been in lockstep with these developments. Bitcoin’s [BTC] plunge the previous day did not help the bulls either. 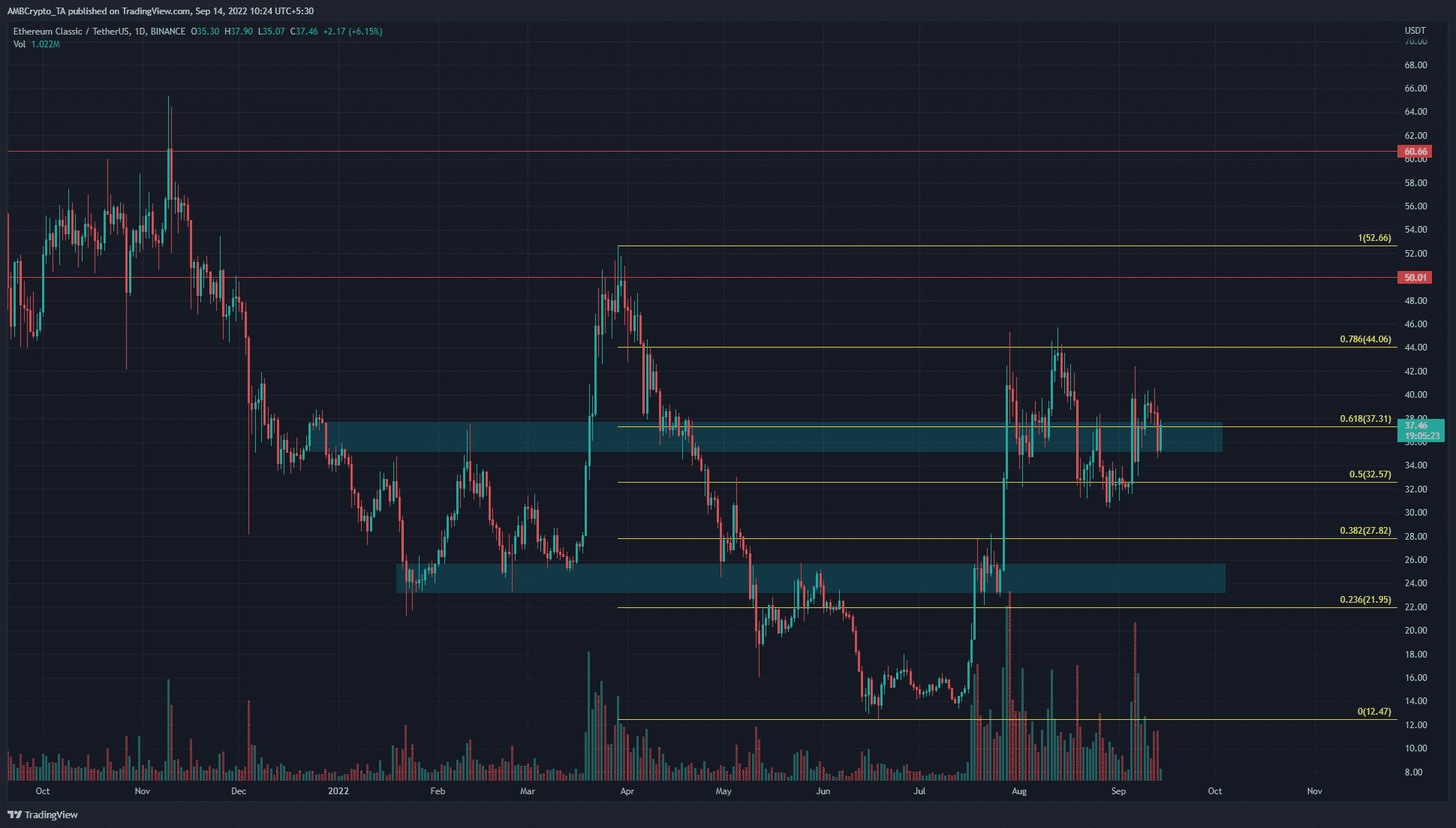 The price charts showed two things. One, ETC was still within a long-term downtrend. Despite the strong gains in July and August, the price was unable to break previous highs, stretching back all the way to September 2021.

There have been sizeable rallies in between these downward moves. Since November last year, ETC has posted swing highs at $64, $52, and $46, each of which was lower than the previous.

The other thing the charts showed was that ETC was in an important zone of supply and demand. The $35-$37 area has acted as resistance since the beginning of 2022. The $50 has also been a higher timeframe area of significance. 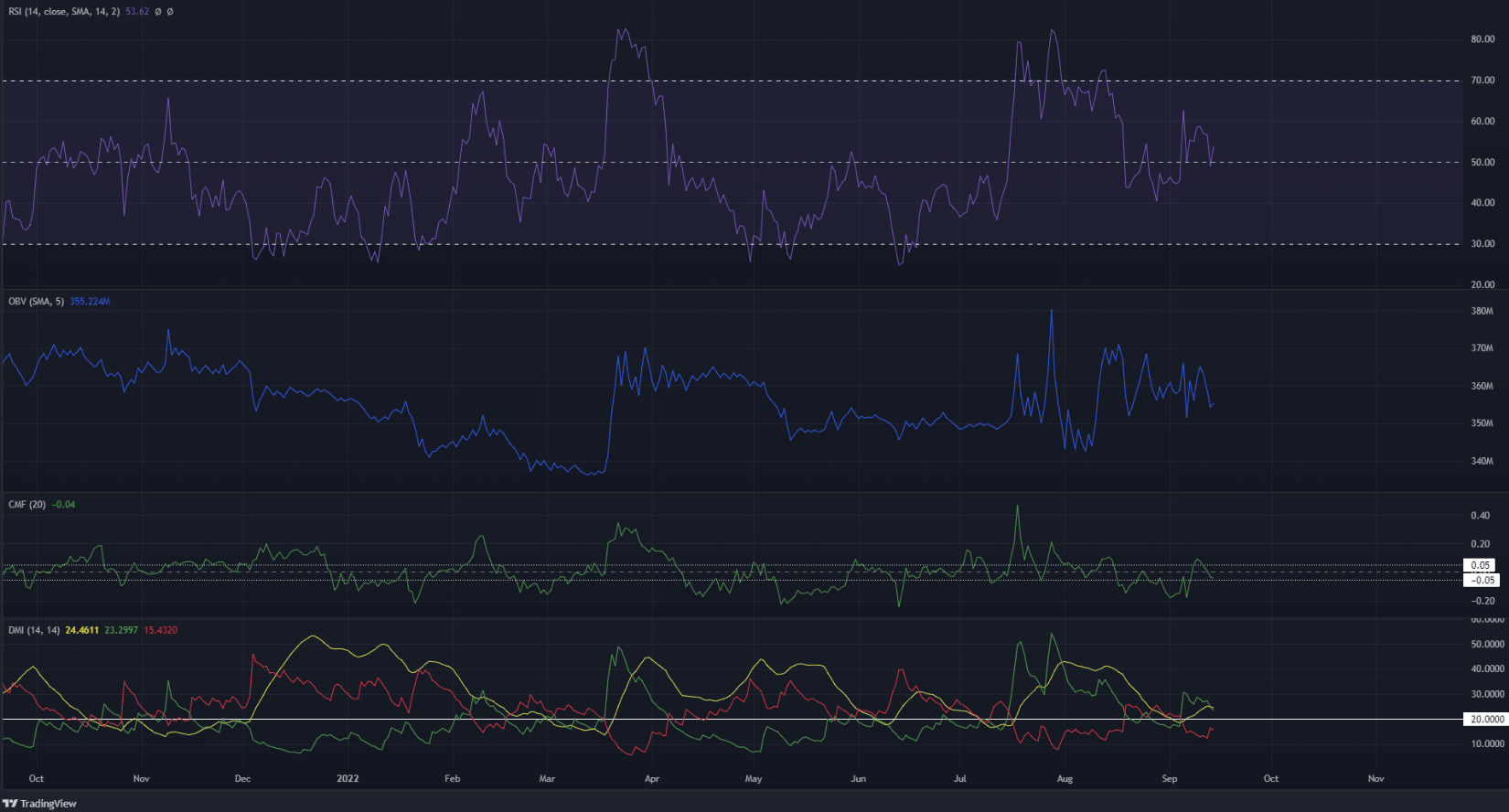 The indicators showed that some bullishness still remained behind Ethereum Classic. The Relative Strength Index (RSI) managed to stay above neutral 50 despite the volatility in the past two weeks. This suggested that momentum might continue to favor the bulls.

The On-Balance Volume (OBV), on the other hand, was rather flat. It showed buying and selling volume across the past month to be roughly equal and hinted at the lack of dominance from either camp.

In agreement with the finding, the Chaikin Money Flow (CMF) also trod water in neutral territory. It has even dipped below -0.05 to outline significant capital flow out of the market.

On the other hand, the Directional Movement Index (DMI) showed that September saw a strong uptrend for ETC.

The indicators showed some bullish momentum but a lack of steady, strong demand from buyers. The price action highlighted the $37 and $50 regions to be of particular importance, with the Fibonacci retracement expected to act as support and resistance as well.

Bitcoin would likely heavily influence ETC in the coming weeks. Bitcoin, in turn, would be influenced by the global markets as well. The inability to rein in inflation in the U.S. could catalyze a move downward over the next month.

SWIFT partners with Symbiont to meet these targets of the future