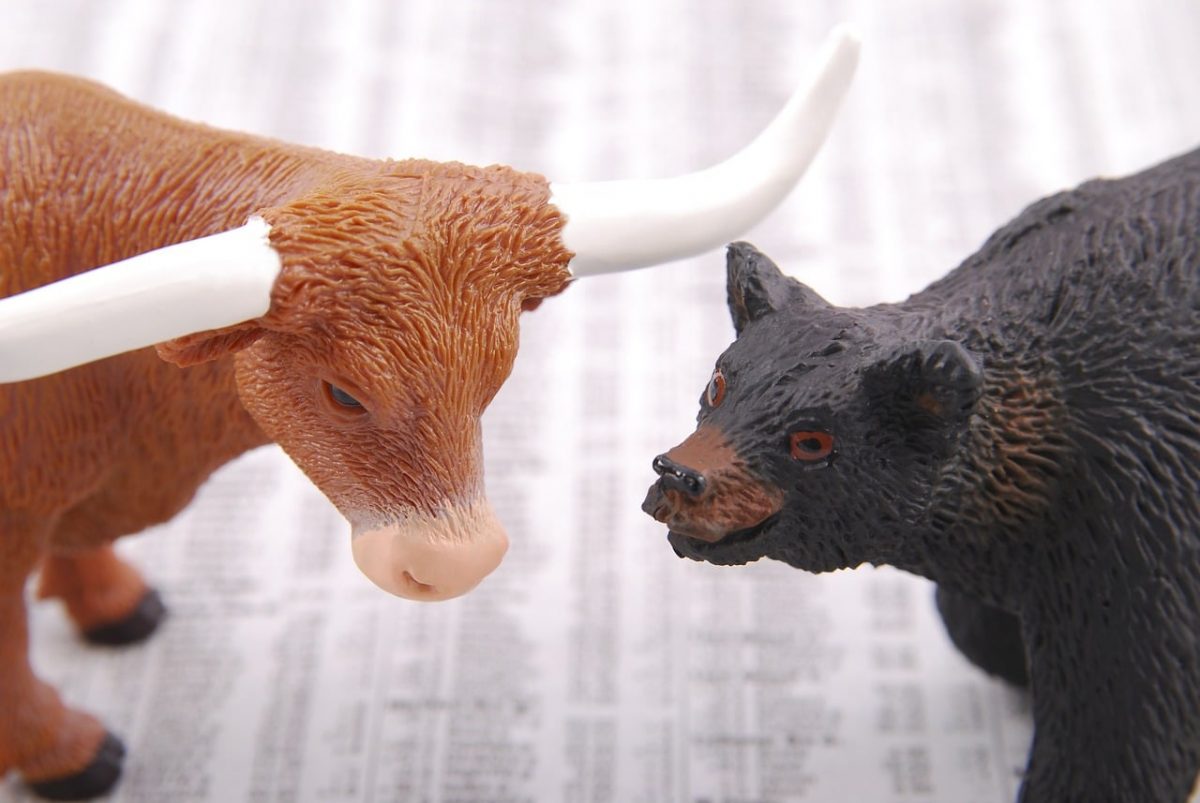 Bitcoin stayed afloat above the $16.6k mark after sinking to $16.2k on Monday (19 December). The sentiment across the market has been bearish in recent days, and it was likely to continue over the week. On higher timeframes, Ethereum Classic has been in a downtrend since mid-September.

In the near term, the $16.08 level of resistance was hugely significant in the coming hours. A retest of this level could serve as a signal for lower timeframe traders to look for entries to a short position. 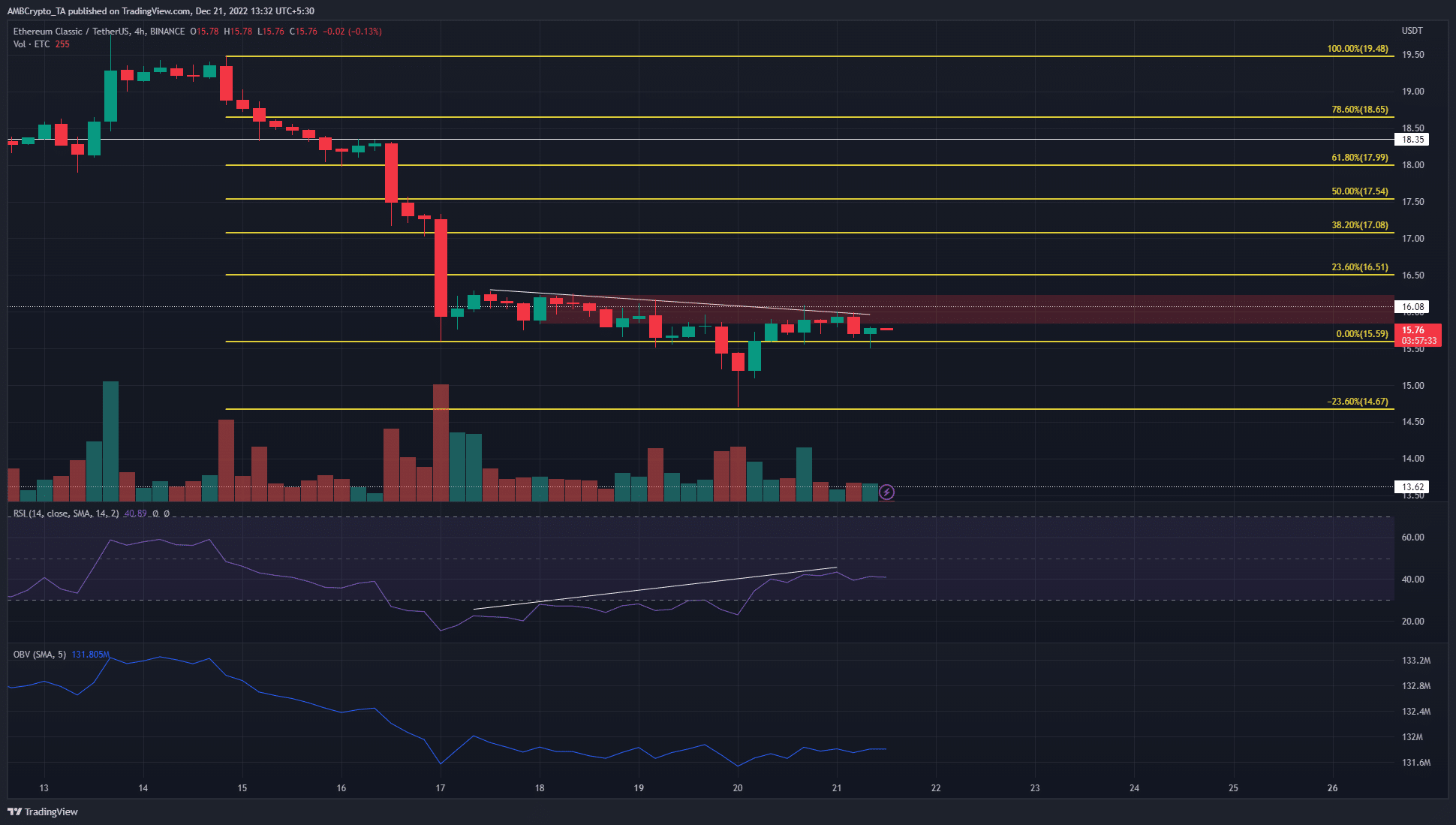 After the sharp drop on 16 December, ETC bulls fought back a little and forced prices to climb from $15.6 to $16.24 but no further. Since then, the price has once more set a series of lower highs. Meanwhile, the RSI recovered from oversold territory to set a series of higher highs. This was a hidden bearish divergence.

The inference was that the previous downtrend was ready to continue once more. Ethereum Classic also formed a bearish order block on the 4-hour timeframe. A retest of the $16.08 level could offer an ideal short entry, with the invalidation of the idea being a move back above the $16.25-$16.3.

In that scenario, a retest of the bearish order block as a bullish breaker can offer a buying opportunity. With Bitcoin facing resistance at the $17.3k and $17.6k areas, buyers would need to remain cautious.

The OBV has been flat in the past few days after the selling pressure seen last week. If more losses follow, the OBV can be expected to decline as well. To the south, the 23.6% Fibonacci extension level at $14.67 and the horizontal level at $13.62 are support levels.

Despite the trend of Ethereum Classic on the price charts, its social dominance has slowly increased since mid-November. The weighted sentiment has also increased over the past few days. Could the reversal in sentiment see a short-term rally on the price charts? It was unlikely, given the confluence of the hidden bearish divergence and the bearish order block.

Are your ETC holdings flashing green? Check the Profit Calculator

The funding rate was in negative territory to show that futures market sentiment was bearish. Therefore, sellers can wait and watch for possible entries into short positions.