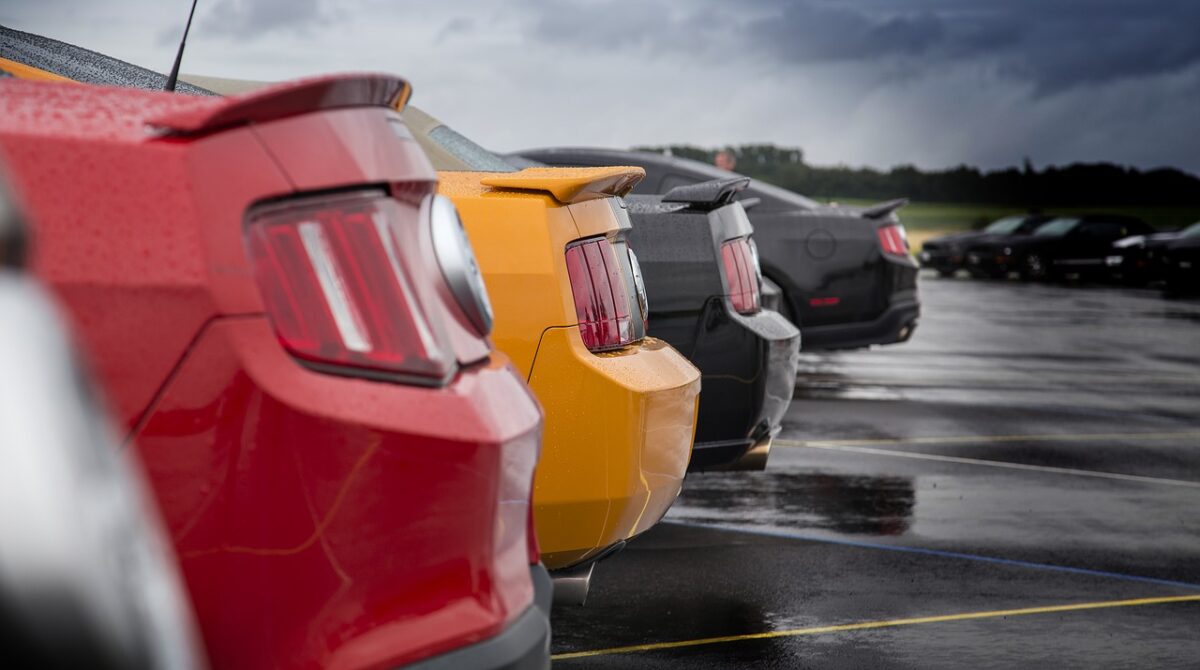 In the near term, Ethereum Classic had a bullish bias. It flipped a former area of supply at $31 into an area of demand and  repeatedly tested the $33.5-resistance level over the past week. Moreover, a trendline resistance from November was also broken over the past week.

Although the trend was not bullish at the time of writing, it could be the beginning of a reversal that could climb as high as $38. 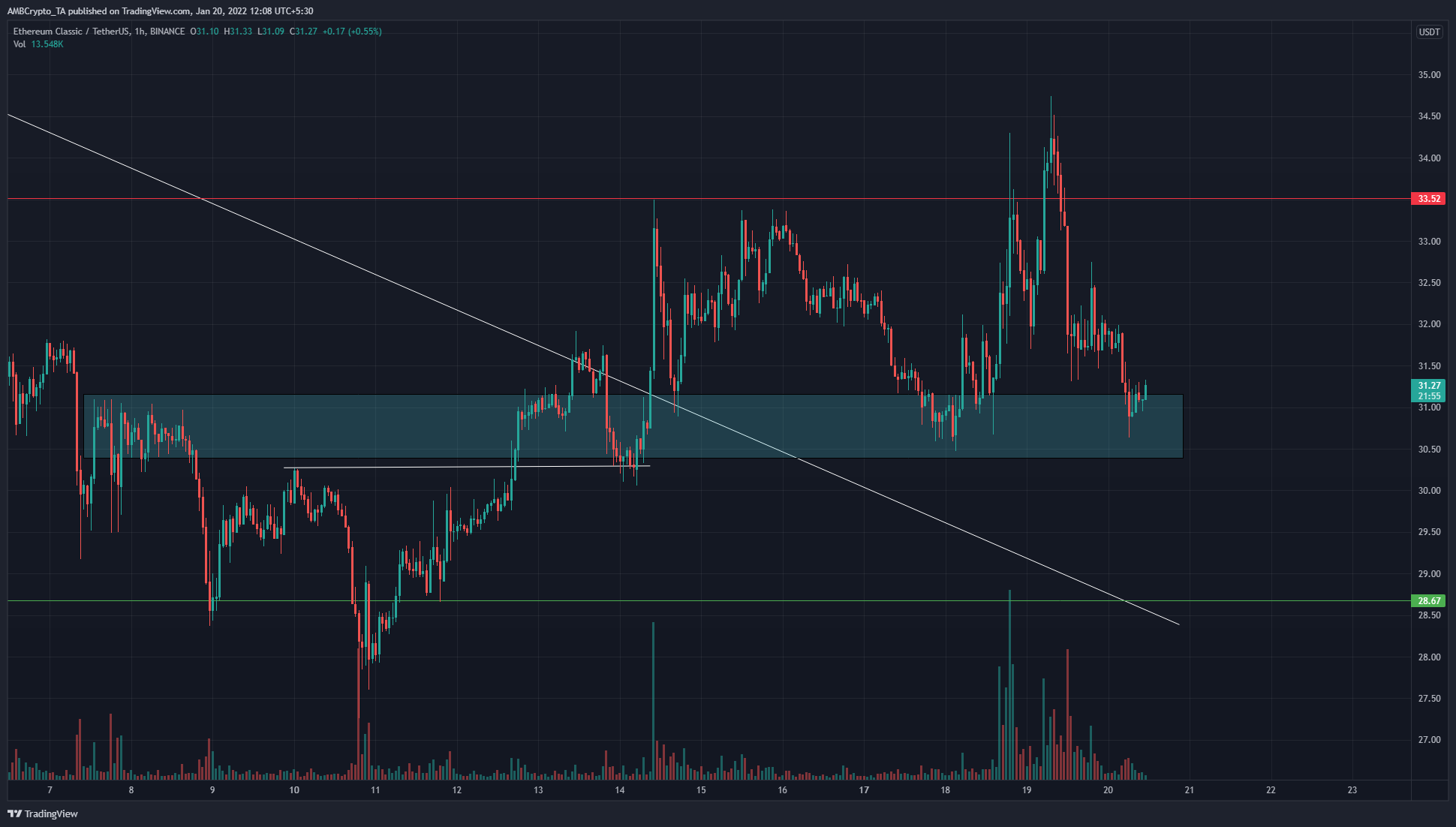 The trendline resistance (white) extended back to early November and has rejected the price multiple times since then. In mid-January, this resistance level was tested and the price dipped back to $30.3 to confirm the market structure break from bearish to bullish. Subsequently, ETC rose towards $33.52 but was rejected, and appeared to form a range.

This was the kind of sideways trading that shifts control from one side to another. After a strong trend, the price tends to trade within a range in an accumulation (or distribution) phase before its next move.

For a bullish move, ETC would need to flip $33.5 from resistance to support. Until then, the $30.5 and $33.5 areas can be used to buy and sell ETC at, as the past week’s price action resembled a range.

Alongside the RSI, the Volume Oscillator also rose considerably on ETC’s run upwards. This showed that volume was indeed present behind ETC’s attempts to climb towards and above the $33.5-level.

In the next few hours, if the RSI can climb back above neutral 50 on the hourly chart and the Volume Oscillator could also see an uptick, it would be a bullish sign.

Ethereum Classic was trading in an area where buying ETC represented a good risk-to-reward trade. There was some liquidity to be found at the $30.5 area, which ETC already tested a few hours before press time.

This could be followed by another strong move north for ETC, with a price target of $33.5.