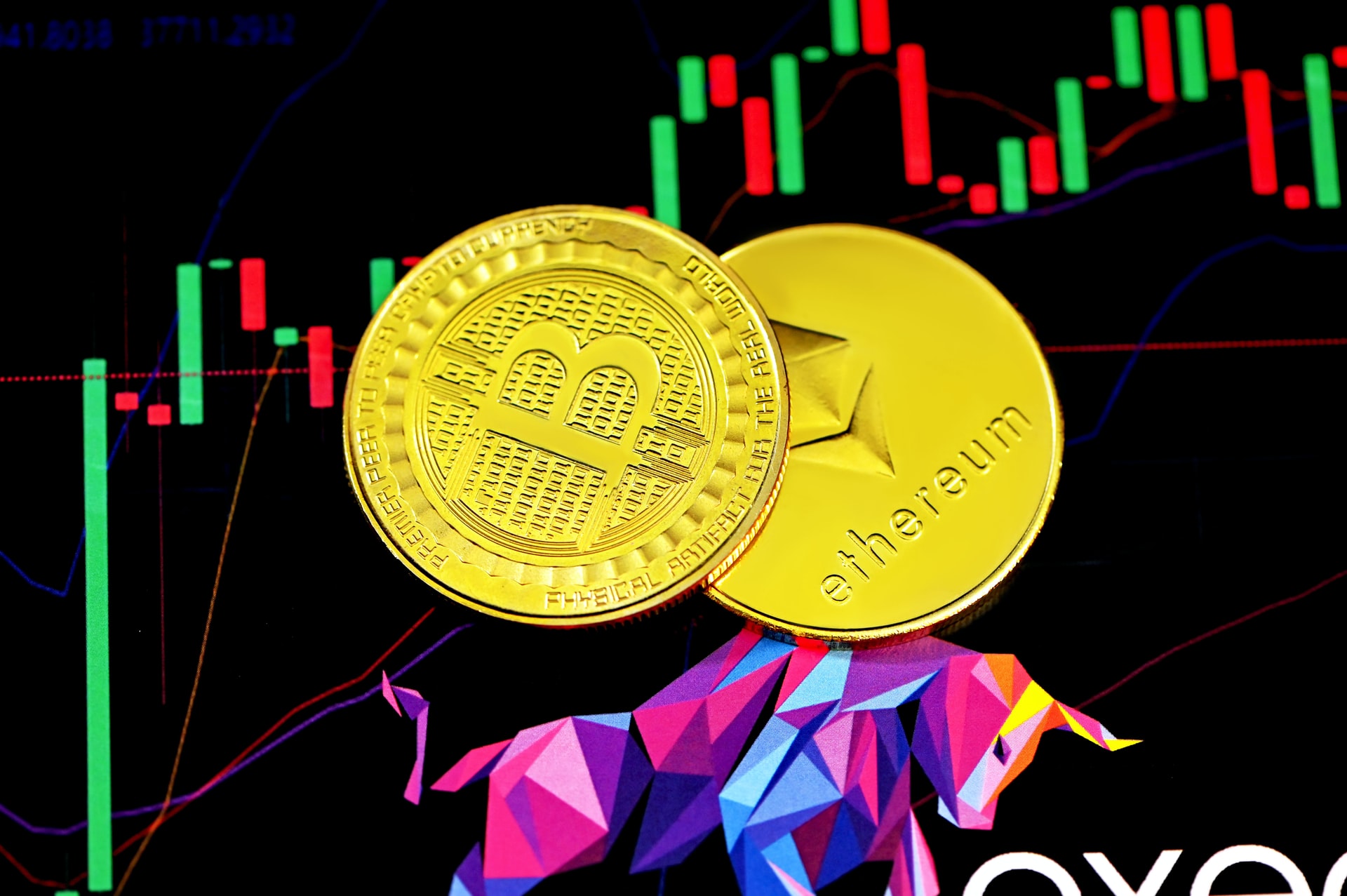 After the price fall of 16 November, the top assets’ price trajectories have baffled the market, and not in a pleasant way for sure. Bitcoin dropped by almost 13% while Ethereum saw an over 15% price fall as bearish sentiment took over the market.

Nonetheless, over the last couple of days, there seems to be a sort of recovery in terms of price as BTC’s daily chart finally noted green candlesticks. While Ethereum was back above the $4300 mark, BTC still oscillated under the crucial $60K mark. Over the last 24-hours, BTC noted 0.8% gains while ETH was up 1.16%.

Seemingly, Ethereum’s better price gains over the last couple of days pushed the narrative that Ethereum could probably outperform Bitcoin in the coming weeks. However, could this truly pan out the way it’s intended?

Ethereum could take the lead

Even amid the price chaos, significantly more coins left exchanges than entered (close to $3 billion between BTC and ETH alone). This signifies that investors weren’t panicking despite the drop. While Bitcoin’s network revenues dropped 22% to a six-week low, Ethereum’s weekly fees remained high around $450 million.

With Bitcoin’s performance relatively weakening, the market’s eyes might be turning to ETH for a quicker recovery. The Exchange Supply Shock Ratio (ESSR), which gives an insight into the underlying demand and supply of the asset, presents a similar bullish picture for Ethereum in the near future.

Notably, the ratio is making new highs, while ETH/BTC price is ranging, generally, when a similar trend is seen, the price follows the direction of the ratio. 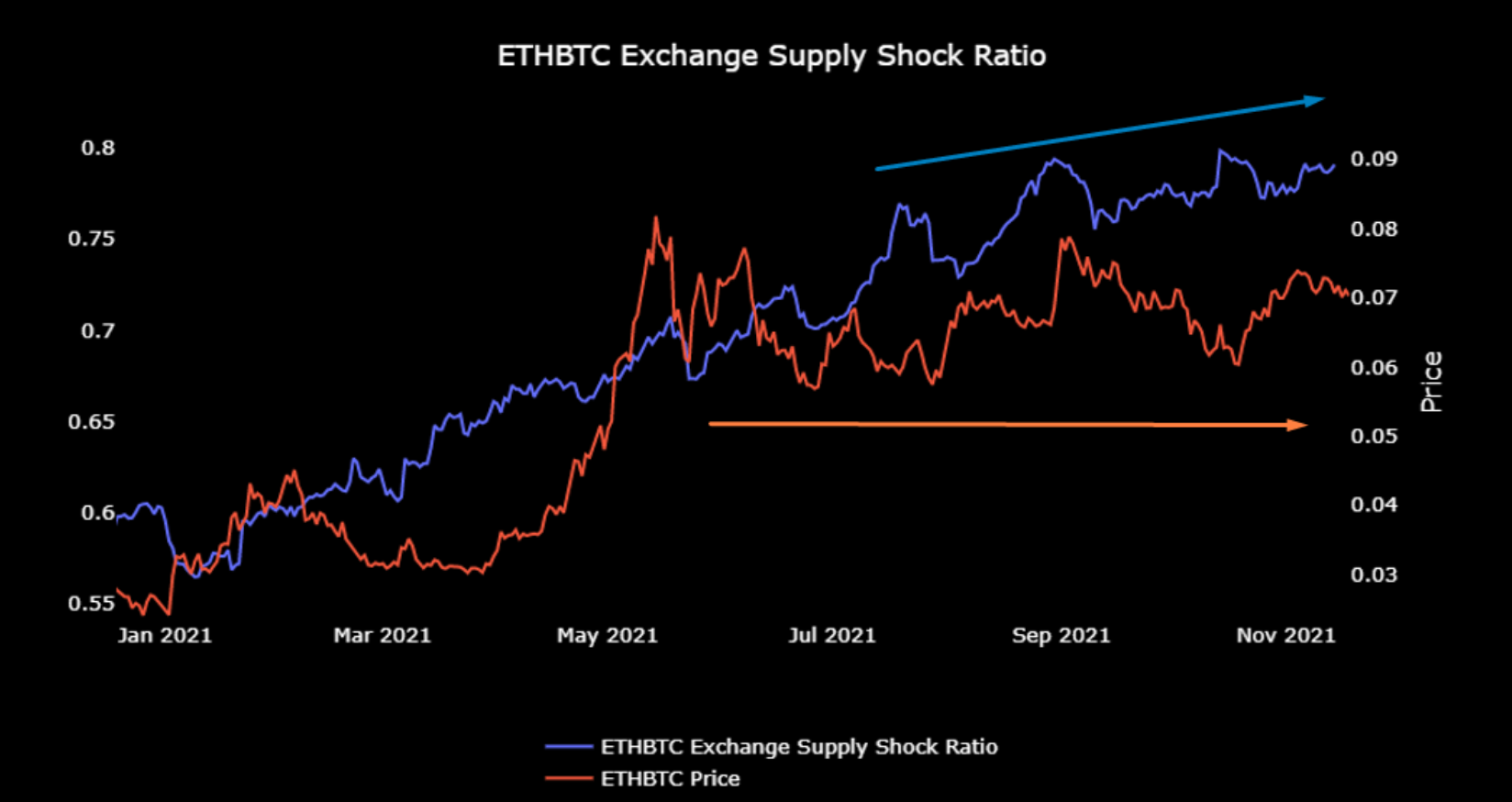 Further, Ethereum’s price as a percentage of Bitcoin’s price also saw a slight uptick. This is usually indicative of ETH’s price taking over in terms of gains. Thus, seems like there could be a possibility of ETH outperforming BTC in the near term but there’s more to it. 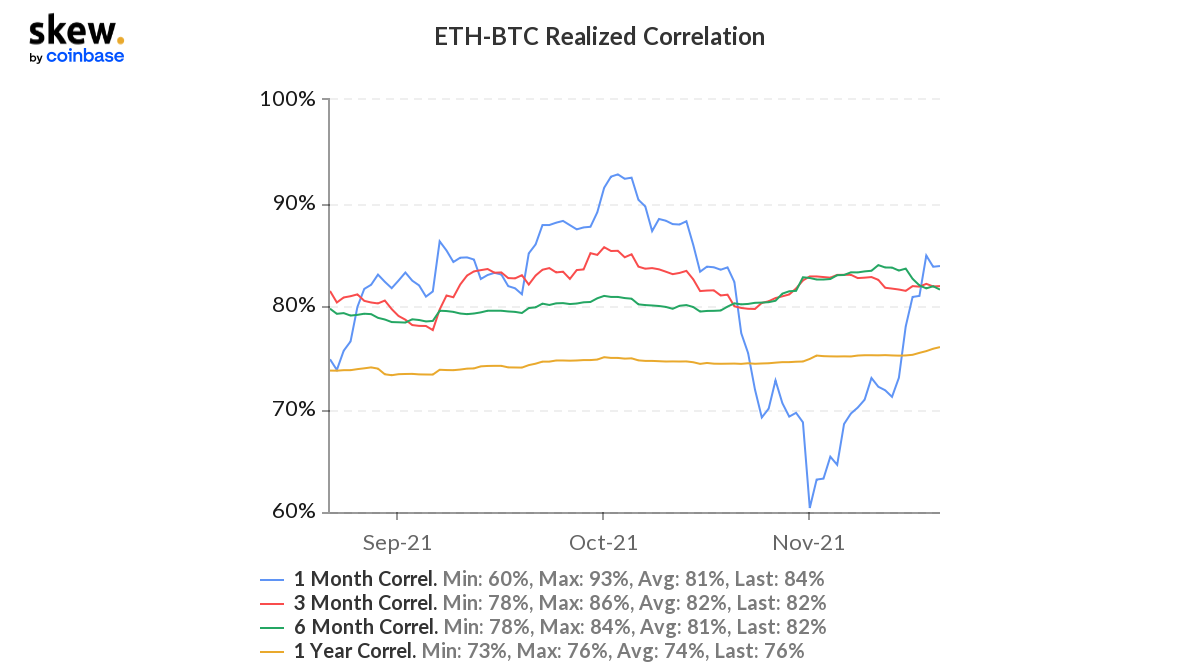 So while with the current gains, a better performance in the near term by Ethereum can’t be denied, there seems that the dependence on the top coin could still play spoilsport in the future.

Why Avalanche is due for a possible 17-25% correction