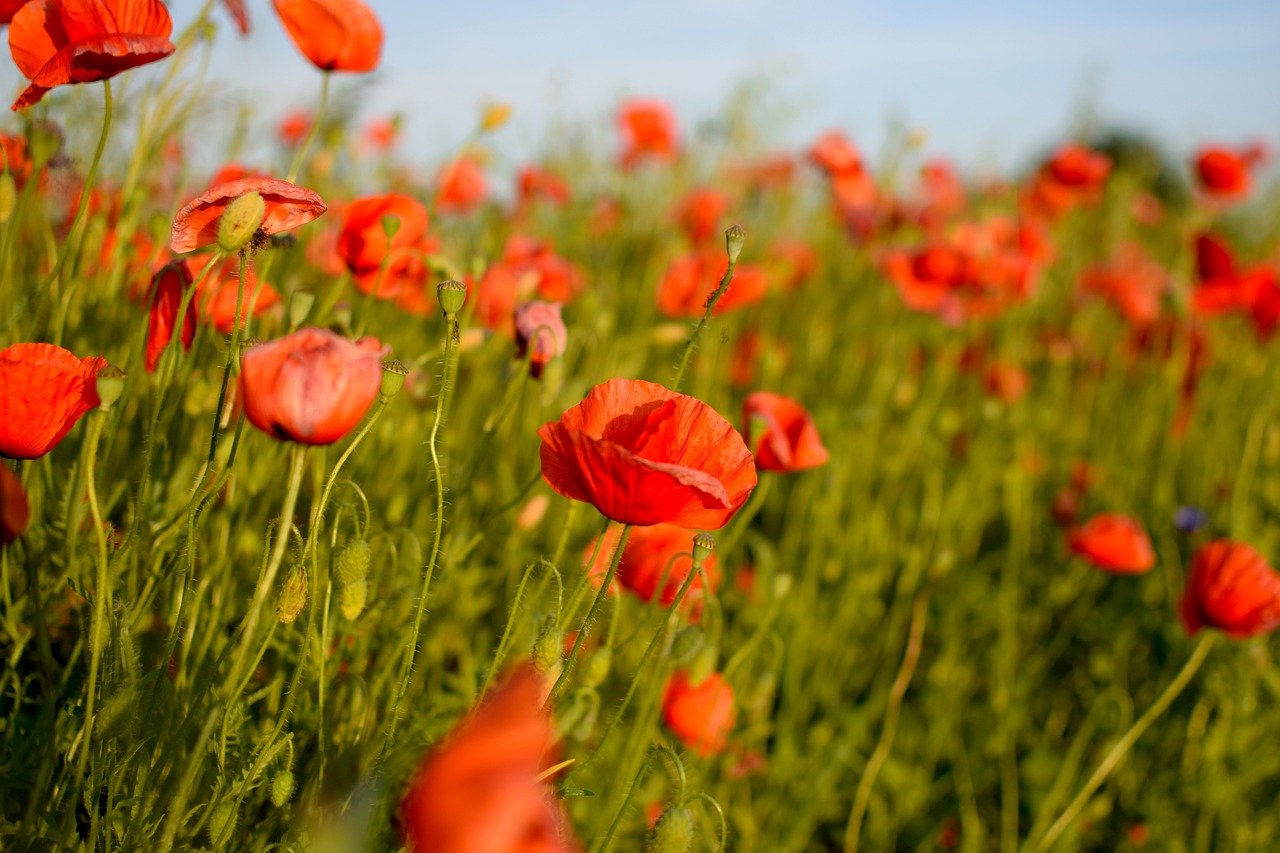 At the time of writing, Ethereum had dipped further into the red zone, but the $3,600-$3,810 range lent some support to the bulls. EOS fell towards the 61.8% Fibonacci retracement level close to the $10-mark. On the other hand, MATIC surprised the market by posting gains over the last 24 hours, but low volumes added some skepticism to the mix. 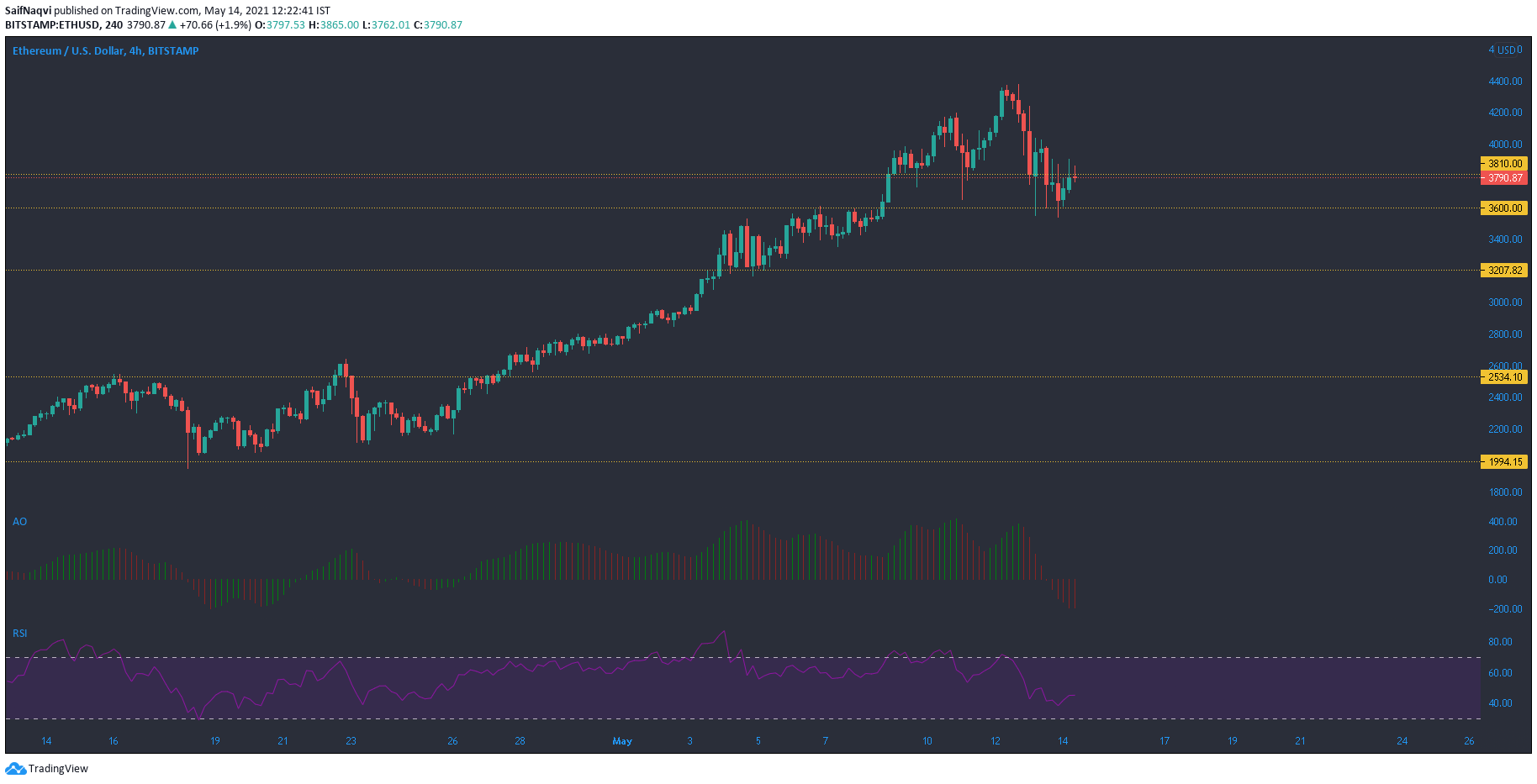 Ethereum’s price action has been inversely proportional to Bitcoin of late. While the king coin stumbled into a consolidation phase, Ethereum surpassed several milestones of its own – the most recent rally boosting ETH from $3,200 to an ATH above $4,300. Although ETH’s fundamentals were the primary catalysts for this jump, it was hard to ignore the technical aspect of its price.

A correction finally hit the market as the world’s largest altcoin dropped to a buy zone available between $3,600-$3,810. While this area absorbed some losses, the bulls would need to defend it over the coming sessions as well.

Momentum was strong on the sell-side, according to the red bars of the Awesome Oscillator. This suggested that the $3,600-support offered more of a temporary cushion rather than fueling a bullish bounceback. The RSI dropped below 54 for the first time since 26 April and a move towards the oversold zone would mean more southbound action for ETH.

On the 4-hour timeframe, a few reliable support areas were highlighted by the Fibonacci tool on EOS. In particular, the 61.8% ($9.8) and 50% ($8.7) Fibonacci levels have held up during recent pullbacks. However, a break below these levels could seriously dampen EOS’s short-mid-term trajectory.

The 38.2% Fib level at $7.7 presented the cut-off point for the bulls. Interestingly, this area also coincided with the 200-SMA. A fall below the long-term moving average could result in a prolonged bear market and the bulls would face an uphill task to regain control.

Not only did the RSI hover in the overbought region prior to the pullback, but it also showed a bearish divergence with the price. Perhaps, a more worrying sign was the OBV’s southbound trend over the past week. With selling pressure being quite prominent in the market, EOS could struggle to initiate a short-term recovery.

Conversely, a hike above the upper sloping trendline would indicate a resurgence in buying pressure.

Bucking the broader market trend, MATIC maintained optimism at the time of writing, although gains stood at a minor 2.4% during the last 24-hours. The 4-hour chart depicted buying around the $1.02-mark – an area that coincided with the 20-SMA. On the downside, volumes across exchanges were not at levels seen over the past few days and this could act throw a spanner in the works.

It was likely that selling pressure would return at $1.22 if the broader market maintains a bearish stance. Having said that, a pickup in volumes could indicate a strengthening trend.

The MACD was close to a bullish crossover and maintained itself well above the half-line. On the flip side, a fall below equilibrium could call some support lines into action. A few of them lay at $0.93 (50-SMA) $0.85 and $0.68. Meanwhile, capital inflows towards MATIC remained healthy, according to the Chaikin Money Flow.

MATIC’s most recent rally was likely due to a combination of different factors rather than just sentiment.