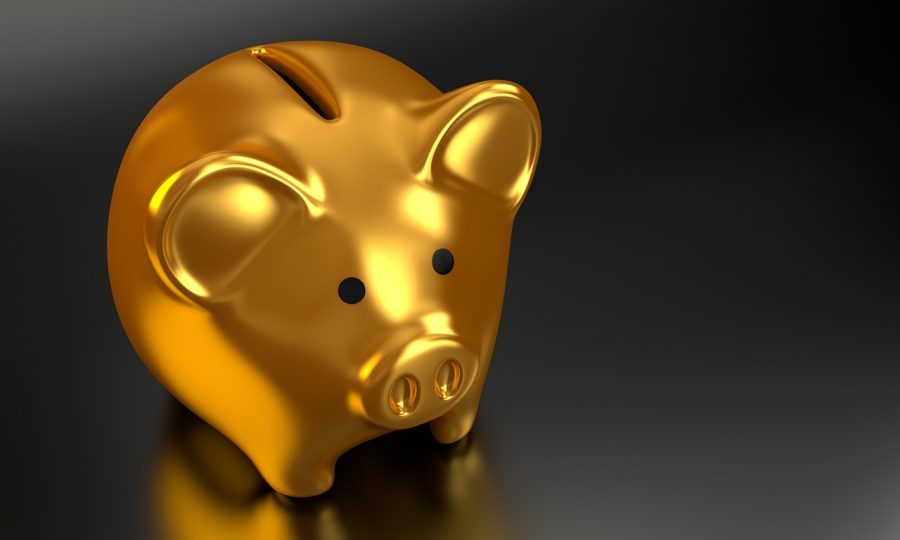 Ethereum, the king of the altcoin market, has seen a considerable surge on the price charts lately thanks to Bitcoin‘s bull run. At press time, Ethereum had hit a price level of $743, a price level last seen back in May 2018. Clearly, unlike Bitcoin, Ethereum hasn’t hit its 2017 ATH, with ETH still needing an 87% surge to do so.

At the time of writing, Ethereum was facing a resistance level that could easily get invalidated if the buying pressure continues. 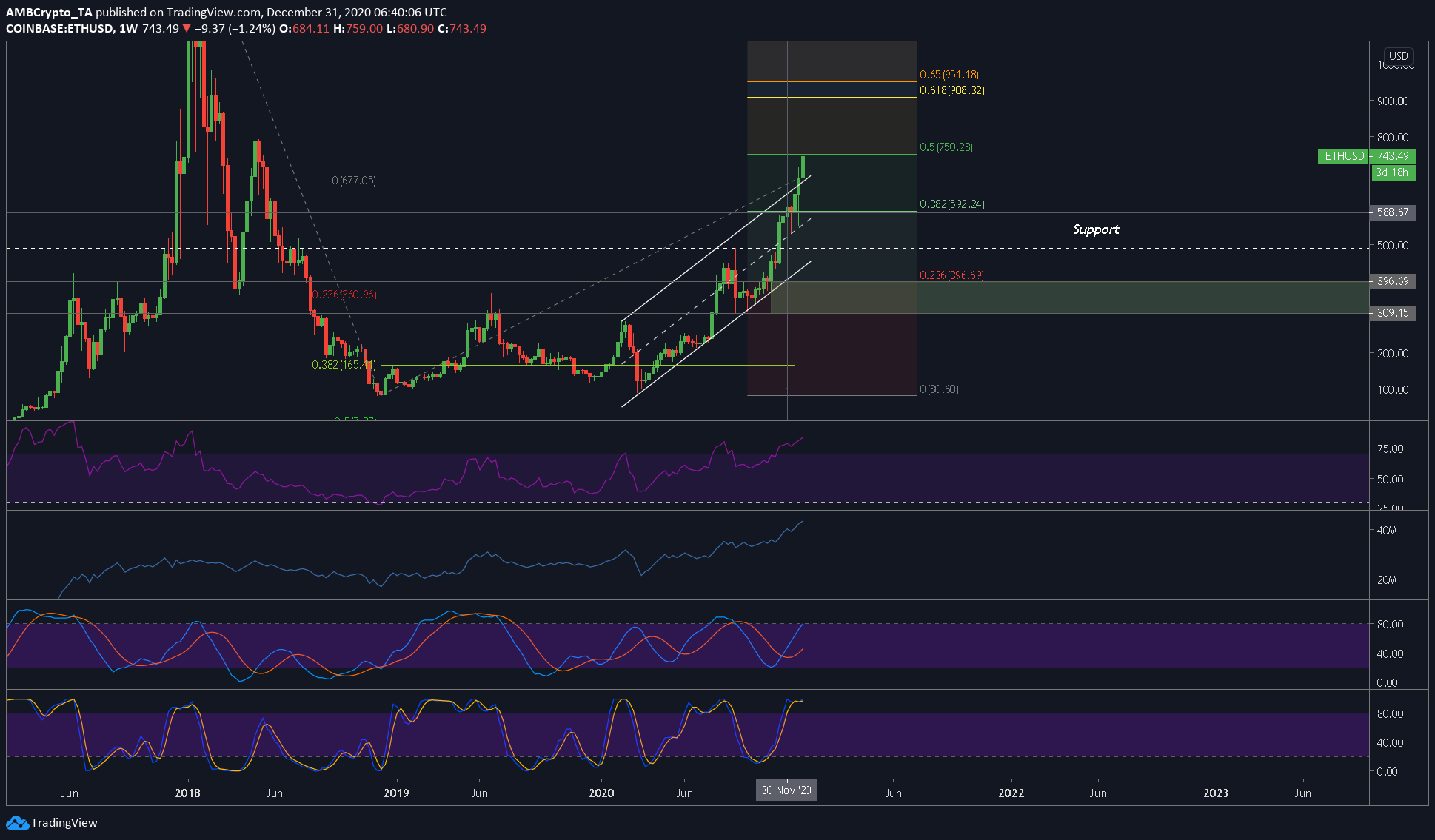 As previously mentioned, Ethereum invalidated a couple of bearish signals, just like Bitcoin did. This was mainly due to the buying pressure from institutions, coupled with sell-side liquidity drying up and retail FOMO. This seemed to be the perfect concoction for a parabolic price surge.

Ethereum was sticking to the ascending channel pattern on the weekly timeframe and was expected to hit a ceiling at $624 and $655. However, the buying pressure and FOMO contributed to the price shattering through this glass ceiling and surging to $747.

What seemed even more interesting was that the press time level was just below the 0.5-Fibonacci level of the trend-based Fibonacci tool extending from the highs of December 2017 to the bottom seen in December 2018, and finally back to the latest high of $756. Thus, the 0.5-level at $750 will be a formidable resistance for the cryptocurrency’s price in the near-term.

On the question of the cryptocurrency’s indicators, the RSI has been oversold for almost 49 days on the weekly timeframe, while the OBV showed a constant surge in volume.

Should Bitcoin’s buying pressure reduce, we will see a domino effect, one that will cause Ethereum’s price to fall. So, any projections for Ethereum’s price can be best termed as “cautiously optimistic.” Also, since Ethereum is closely following Bitcoin, it might also face a correction soon, and when this does come to play, we will see heavy long liquidations. The price might drop by 20% and come back below $600.

Will demand for Monero, other privacy coins increase as CBDCs become 2021’s reality?