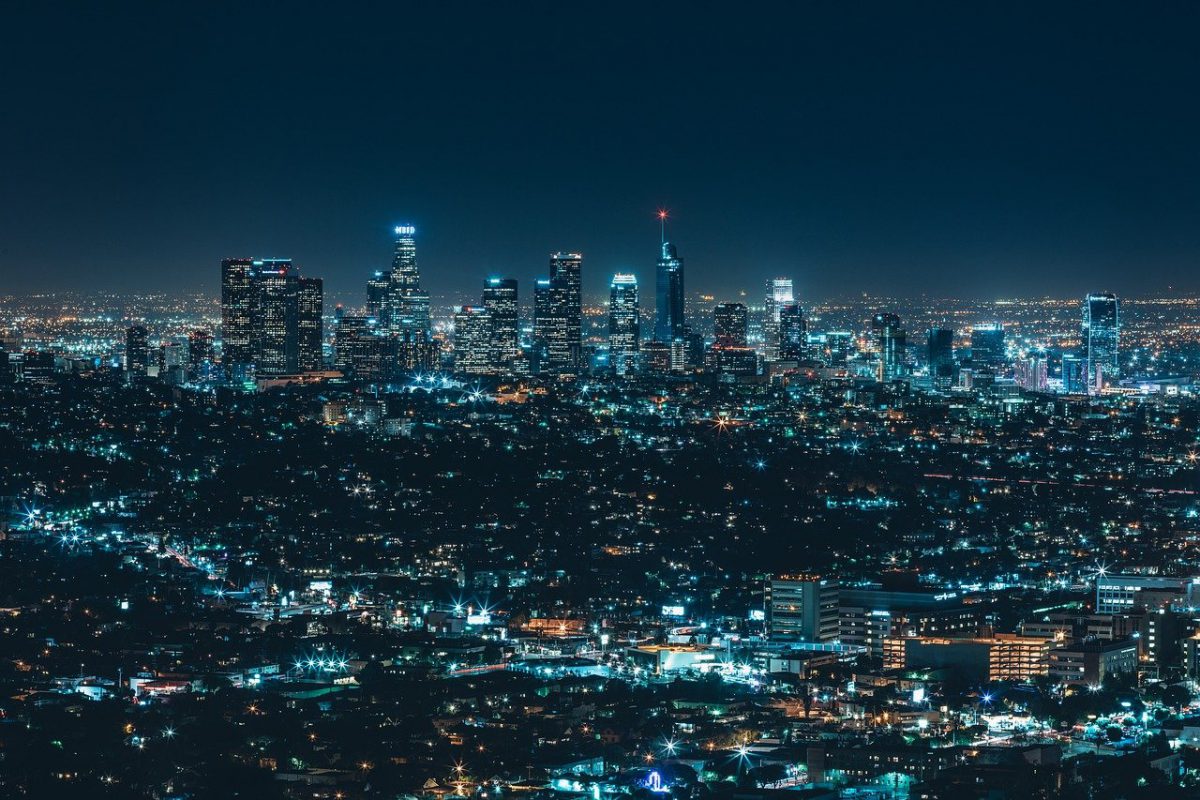 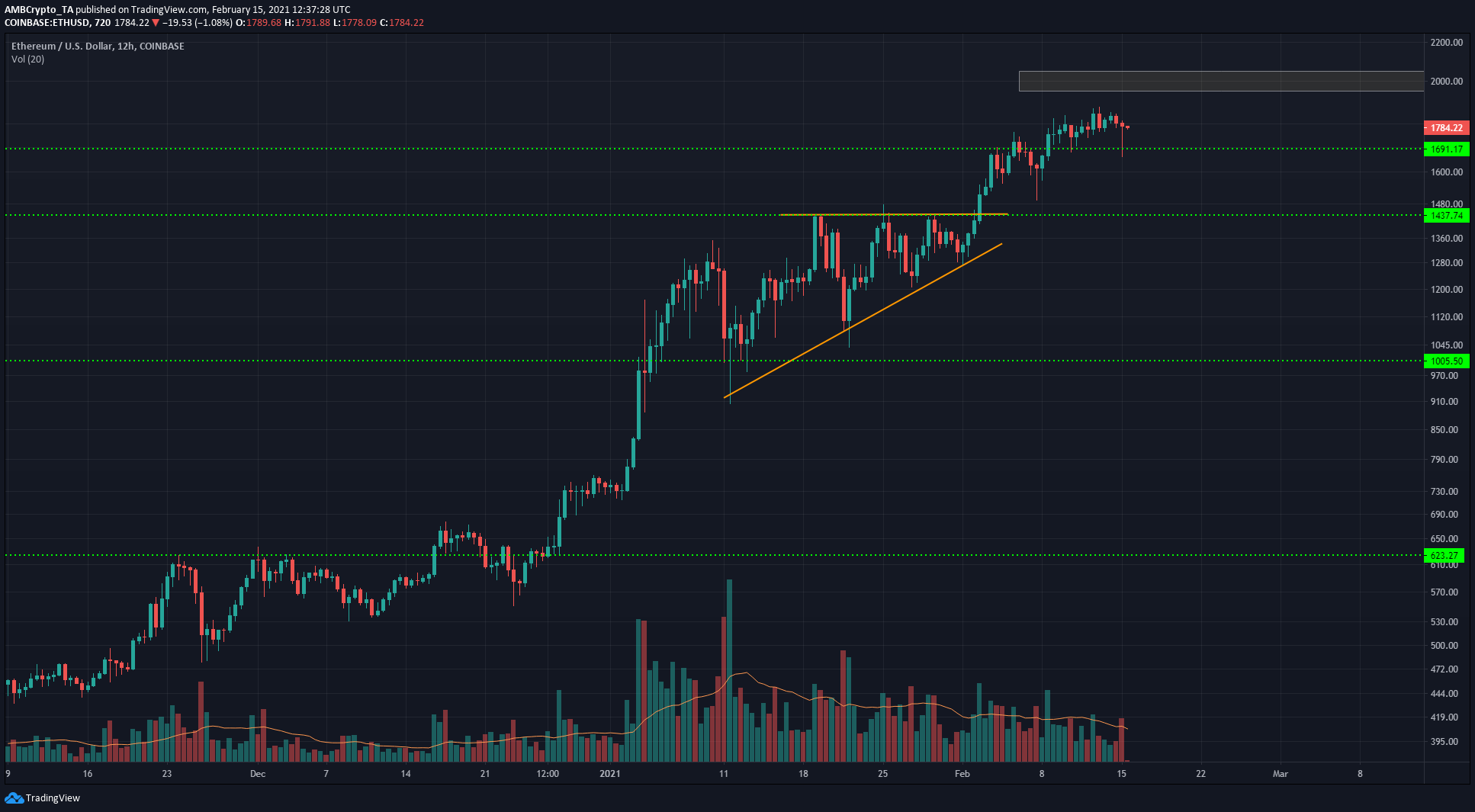 The ascending triangle highlighted has seen a breakout, and ETH is taking its sweet time to climb to its target of $1950. However, it is climbing and the trend has been steadily upward.

The $1690-$1700 has been flipped from a former area of resistance into one of support. The momentum was bullish but not particularly strong. A dip below $1550 would spell further losses, but the upside is the most likely direction for Ether in the coming days.

As previously noted, ETH has seen a lack of conviction from market participants as it straddled the $1800 region over the past week. The Bollinger bands’ width indicator has been falling over the past few days to indicate a lack of volatility in the market.

The RSI stayed at a bullish value of 62 and has been above the neutral 50 for a while now, indicating an uptrend in progress.

The OBV also showed buying volume was dominant as it registered higher lows over the past few weeks.

The only factor that could worry the bulls was a lack of trading volume. Trading volume has steadily trended lower even as ETH broke out past the $1437 level. This does not necessitate a pullback, rather it points toward a possible lack of strength.

Taken together, evidence suggests that ETH will continue to move higher on the charts. It lacks the kind of explosive momentum some other altcoins have seen, nevertheless, it was northbound. The Fibonacci extension levels suggest a 27% extension for ETH from $2300-$2500, making it a decent target in the coming weeks. On-chain metrics also pointed toward an Ether move to $2000, painting an overall bullish picture.

Related Topics:ETHEtheruemPrice Analysis
Up Next