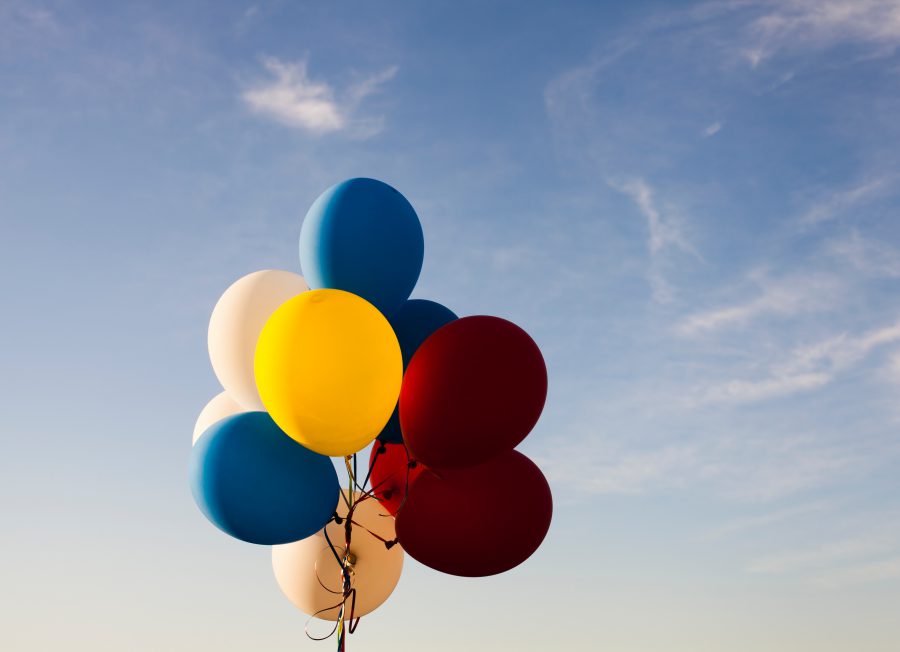 Unlike Bitcoin, Ethereum‘s price is having trouble staying close to its ATH on the charts. This can be evidenced by the fact that ETH’s price has dropped by over 10% since it closed in on the said ATH. At press time, ETH was valued at $1,291, with the crypto trading inside a bearish pattern, one that hinted at more downside for the smart contracts platform, 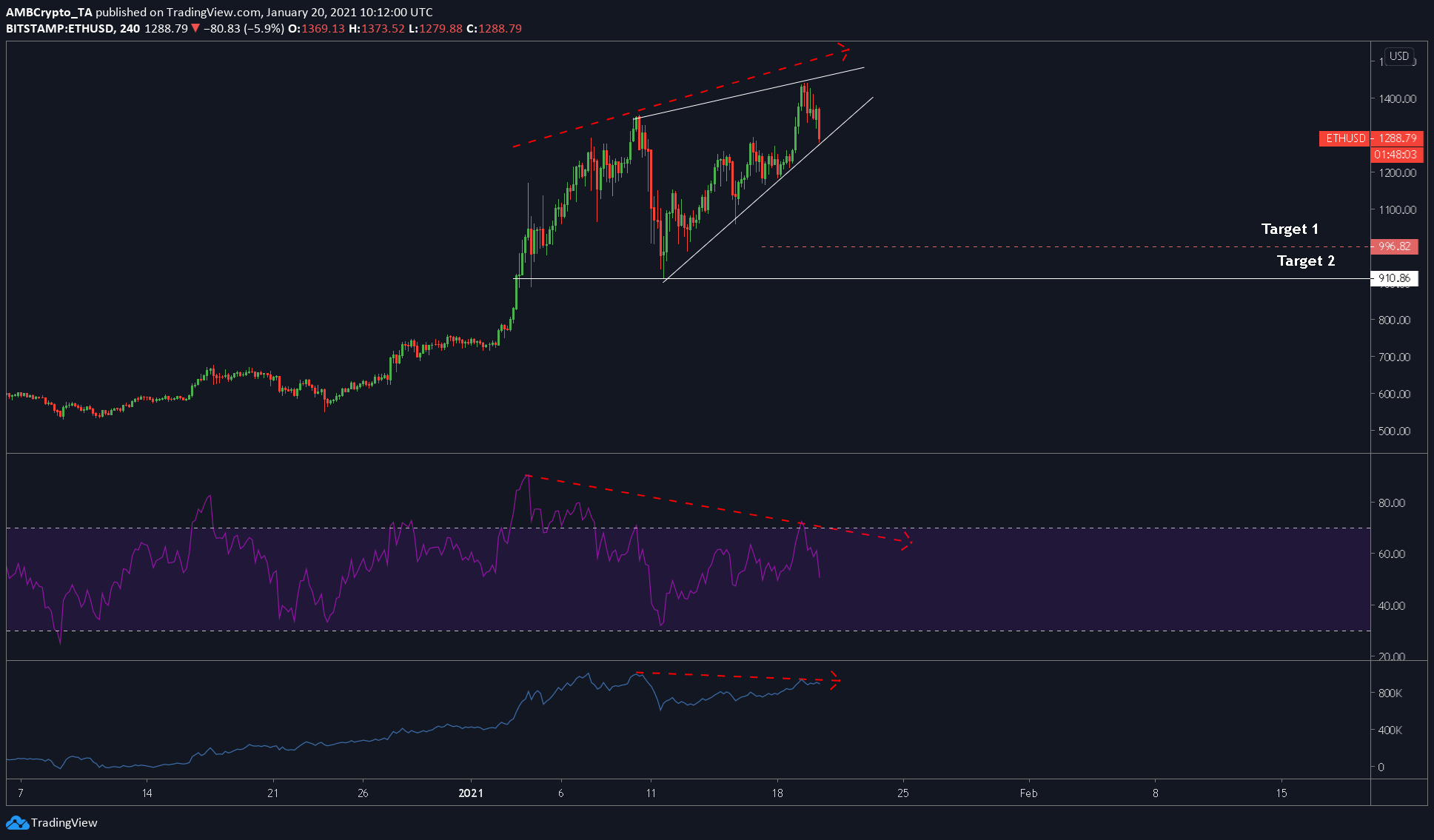 The value of the world’s largest altcoin was consolidating with higher highs and higher lows, with the same forming a rising wedge pattern. The rising wedge pattern is an inherently bearish pattern, one hinting at a drop to the downside after the breakout. The price seemed to be nearing the end of the pattern and hence, a breakout can be expected soon. A drop here could push the price of ETH below the $1,000-level and perhaps, even to $900, depending on the selling pressure from the market’s bears.

To make matters worse, this didn’t seem to be localized to Ethereum. In fact, it was originating from Bitcoin, with the cryptocurrency expected to drop another 5 to 7%. Hence, due to the correlation between the two cryptocurrencies, we can expect ETH to continue its descent on the price charts.

Adding more to this already bearish scenario was the bearish divergence witnessed on the 4-hour chart. The price has formed higher highs since 4 January while the RSI has constantly dropped forming lower highs. If this wasn’t enough, there was another bearish divergence between the price and the OBV starting from 10 January.

A confluence of bearish indicators seemed to be present for an undeniably bearish outlook for the smart contracts platform. A good support point for the bears would be at $1,000, failing which, $900 would be a good area of support. In light of the high correlation between altcoins and Bitcoin, a fall in the latter’s value will cause altcoins to bleed. At the time of writing, this had already begun. The same was evidenced by the top-10 altcoins registering an average drop of 7% in the last 24 hours.

Digital euro to face review by 2 institutions, before possible launch in mid-2021