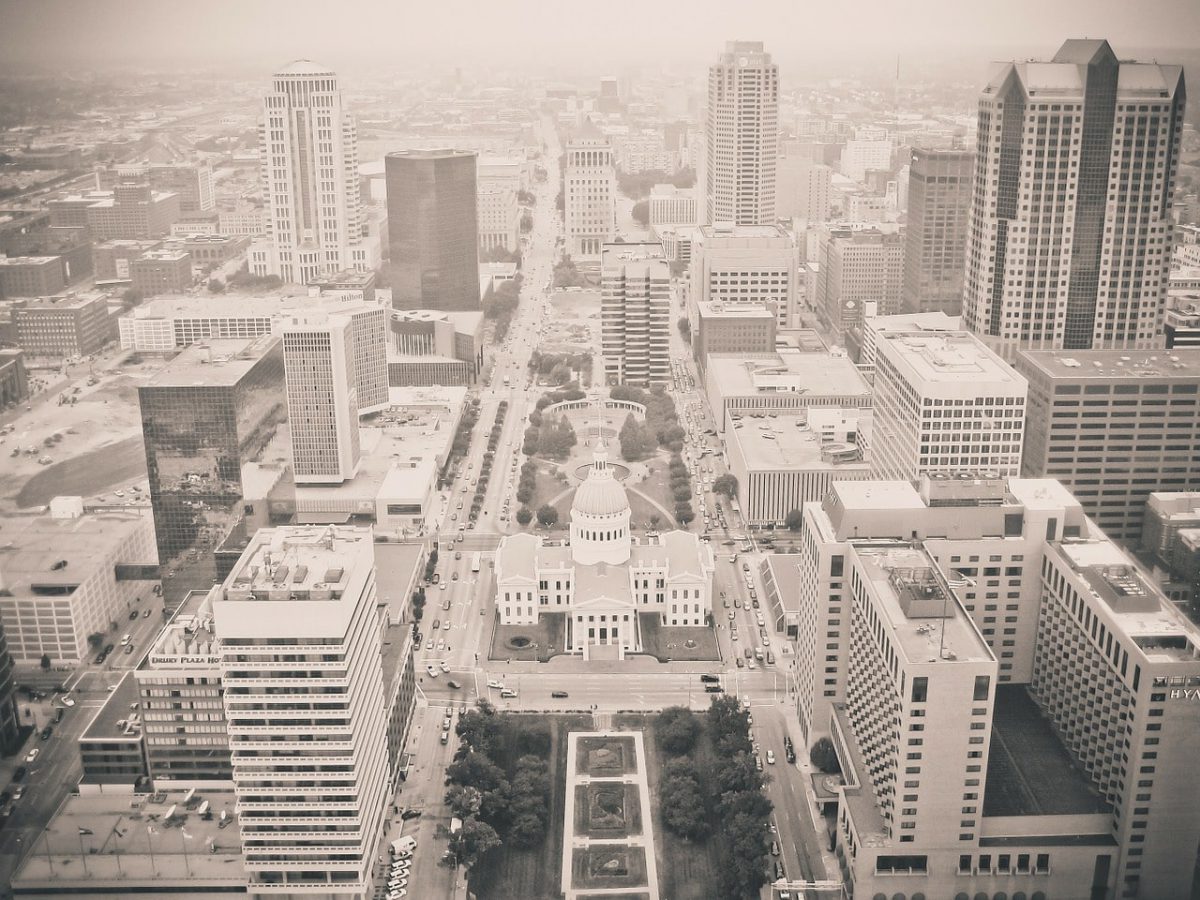 Ethereum had its long-term uptrend intact. Ether reserves in major cryptocurrency exchanges have hit new ATL’s, based on data from Cryptoquant. There were no indications that the top was in yet for ETH. On the charts, while the uptrend was unbroken, there were signs of momentum slowing down. Another dip back to $1550 would offer a buying opportunity. Flipping $1700 to support could see Ether push toward $1900 once more. 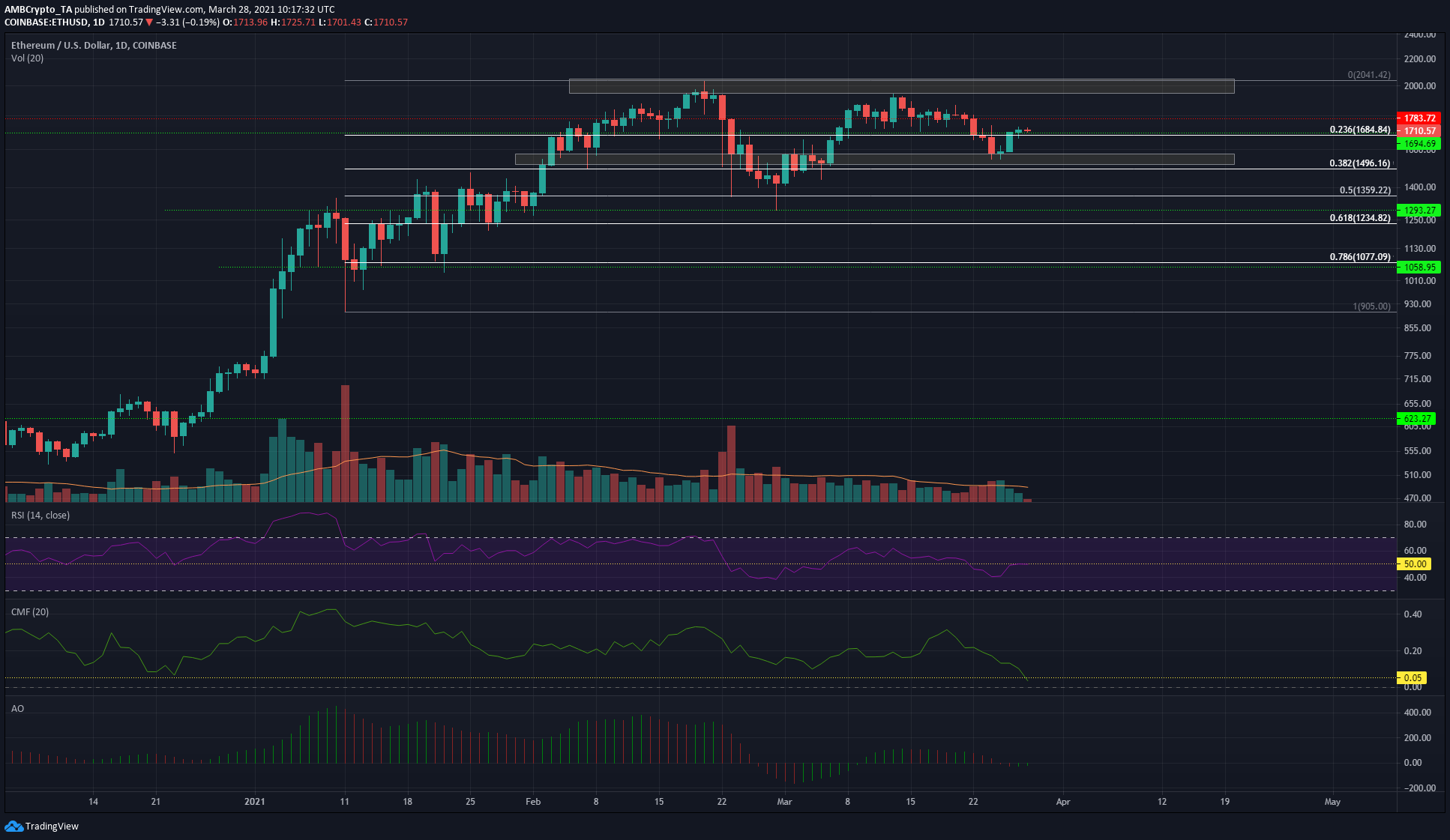 On the daily chart, the picture remained bullish but there were strong signs of a correction/consolidation period in progress for ETH. The rejection at $2040 and $1930 in the past two months have seen the momentum slow down and even flip bearish for a short period as ETH was driven to test $1290.

There was an area of demand in the vicinity of $1550 that could be revisited by ETH. Using Fibonacci retracement tool for Ether’s price move from $905 (correction after bearish divergence) to $2041 (ATH), some levels of support and resistance were plotted.

Technical indicators showed neutral to bearish momentum for ETH on the longer timeframes such as 12-hour and daily. The $1550 area could be revisited and would be a buying opportunity. Price could flip the $1700 mark to support in the coming days and rise to $1850, but this outcome was less likely based on evidence at hand.

Chaikin Money Flow dipped beneath +0.05, something that last happened in early November when ETH was trading in the $380 region. Since then, the CMF has steadily been above this value to show net capital flow into the market, signaling buyer dominance. The dip into neutral territory could see ETH consolidate at $1700, or even pullback to $1550.

RSI was at 50 while the Awesome Oscillator was also very close to the zero line, both indicating a lack of momentum for ETH. Lower timeframes showed bulls were beginning to take control, as price rose to the $1690-$1720 supply zone.

If this is flipped to a demand zone, ETH is likely to climb to $1780 and $1850, but signs of buyer strength were not yet seen on the longer timeframe charts.