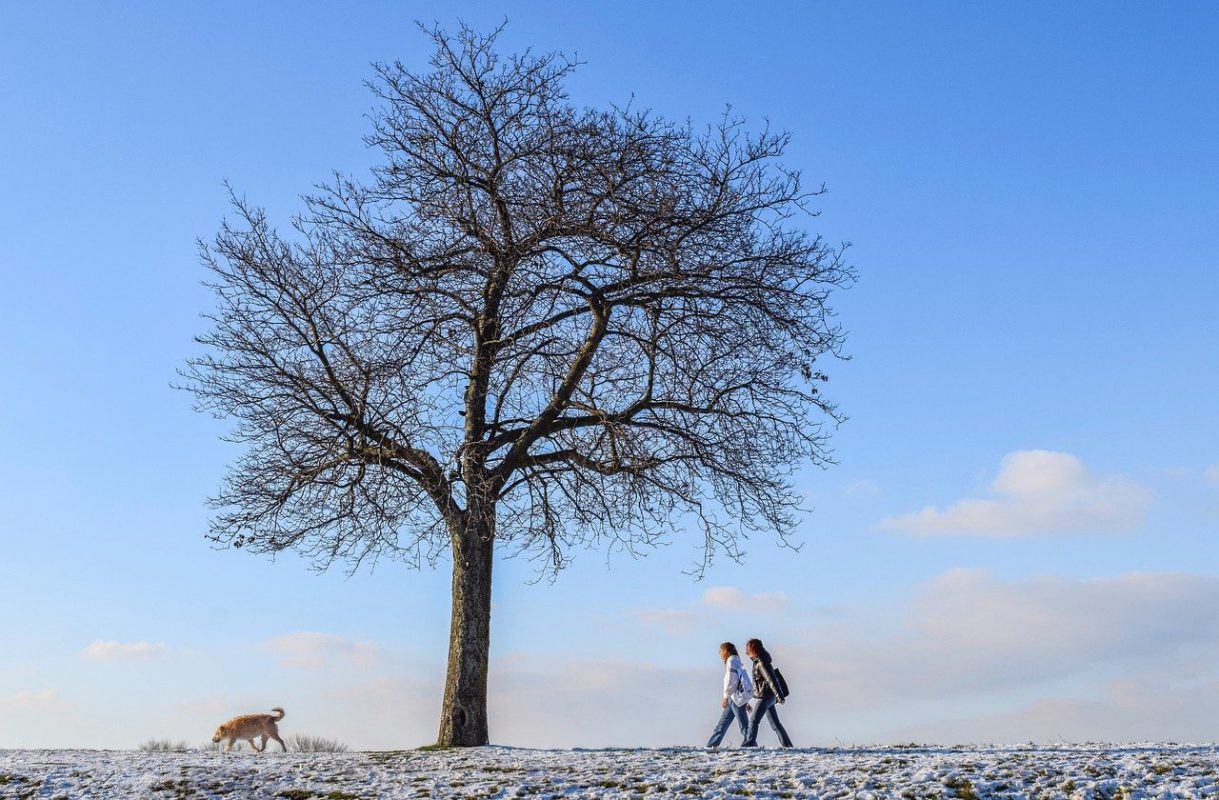 It was a bearish day for the crypto markets as Bitcoin dipped beneath the $45,000 mark. Ethereum, Tezos, and Elrond all registered losses over the past few hours as selling pressure mounted. Ethereum lost the $1437 level, while Tezos was on its way to test the $3.2 mark as support yet again. Elrond could see a bearish retest of $132, and a drop below $115 is likely to grind to a halt in the vicinity of $100. 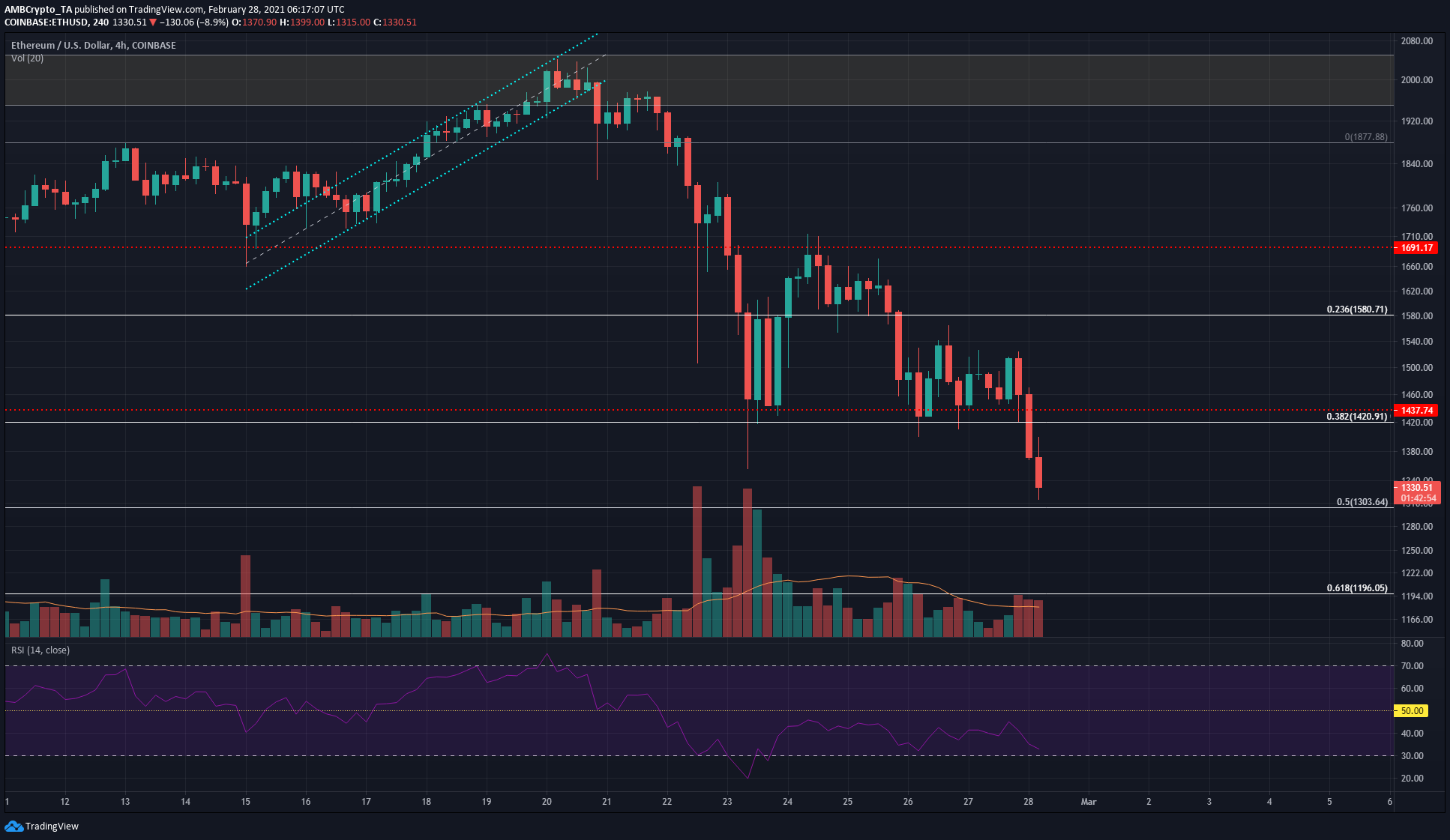 On the 4-hour chart, the RSI stayed below neutral 50 to denote bearish sentiment remained strong. Losing the $1300 level will likely see ETH drop toward $1196.

It has been reported that Ether’s strong correlation to Bitcoin, Ethereum’s network congestion, dropping transaction number of transactions on the network, and transaction volume, are all contributing factors to the dropping value of Ether. 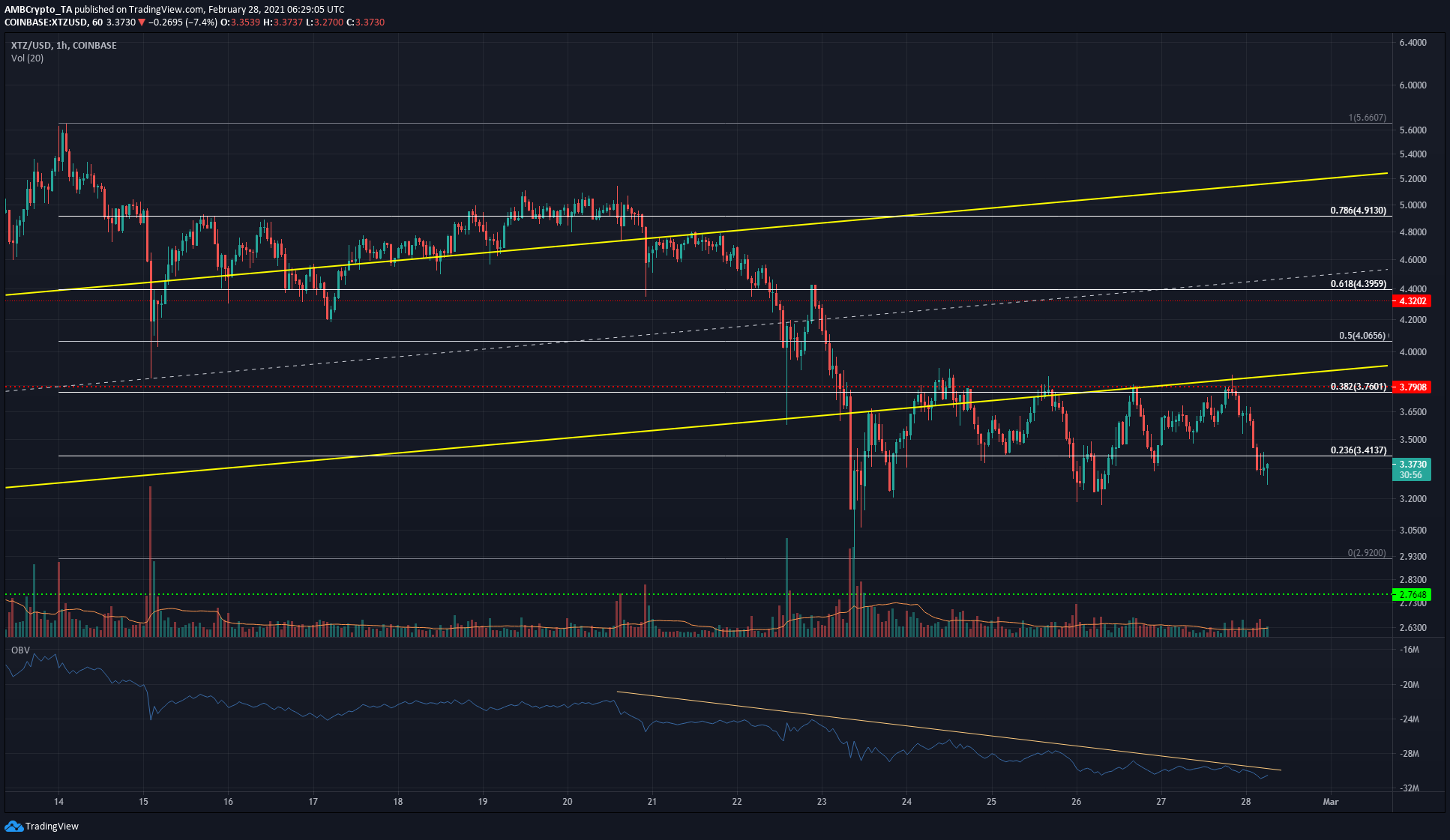 Tezos dropped below $3.76 over the past few days and repeatedly tested it as resistance while forming a range with its lower boundaries at $3.22. This range-bound trading activity for XTZ is likely to end with a move to the downside.

Bitcoin dropped beneath the $45,000 mark and over the next few days, the selling pressure could see BTC drop toward $42,000. This will likely see the altcoin market shed value as well, XTZ being no exception.

The OBV notes steady selling pressure and, even though $3.22 was defended multiple times, the sellers have been dominant. This is likely to result in XTZ dropping below $3.22 to visit $2.92 over the next few days. 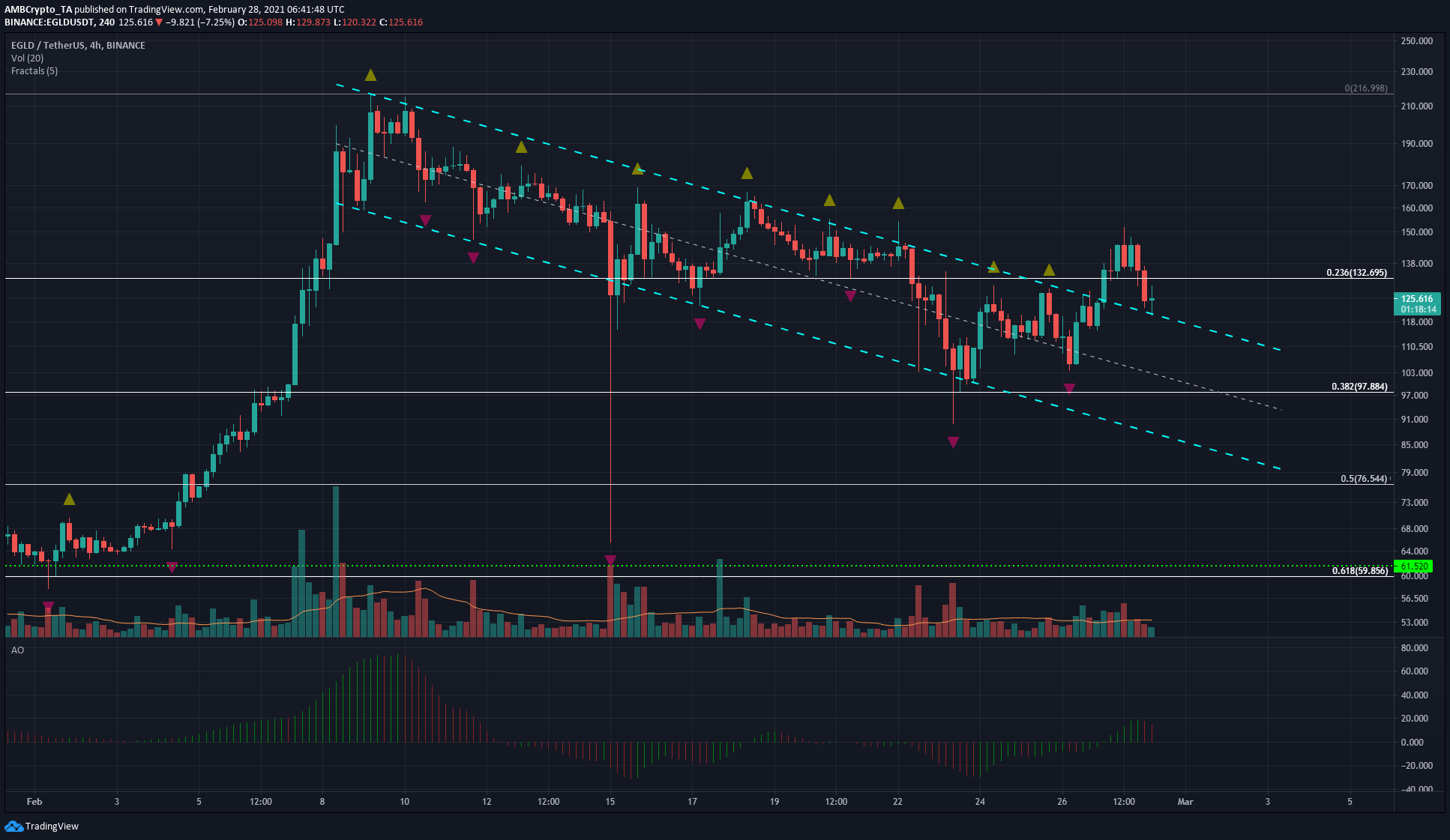 The 4-hour chart and fractals were used to give a better representation of the important points for EGLD over the past couple of weeks.  A descending channel pattern emerged, and recently the price attempted to break out above the channel.

The Awesome Oscillator was above the zero line but, in the shorter timeframes, momentum was already rising in favor of the bears. A retest of $132 followed by a fall for EGLD can be expected over the next few days.