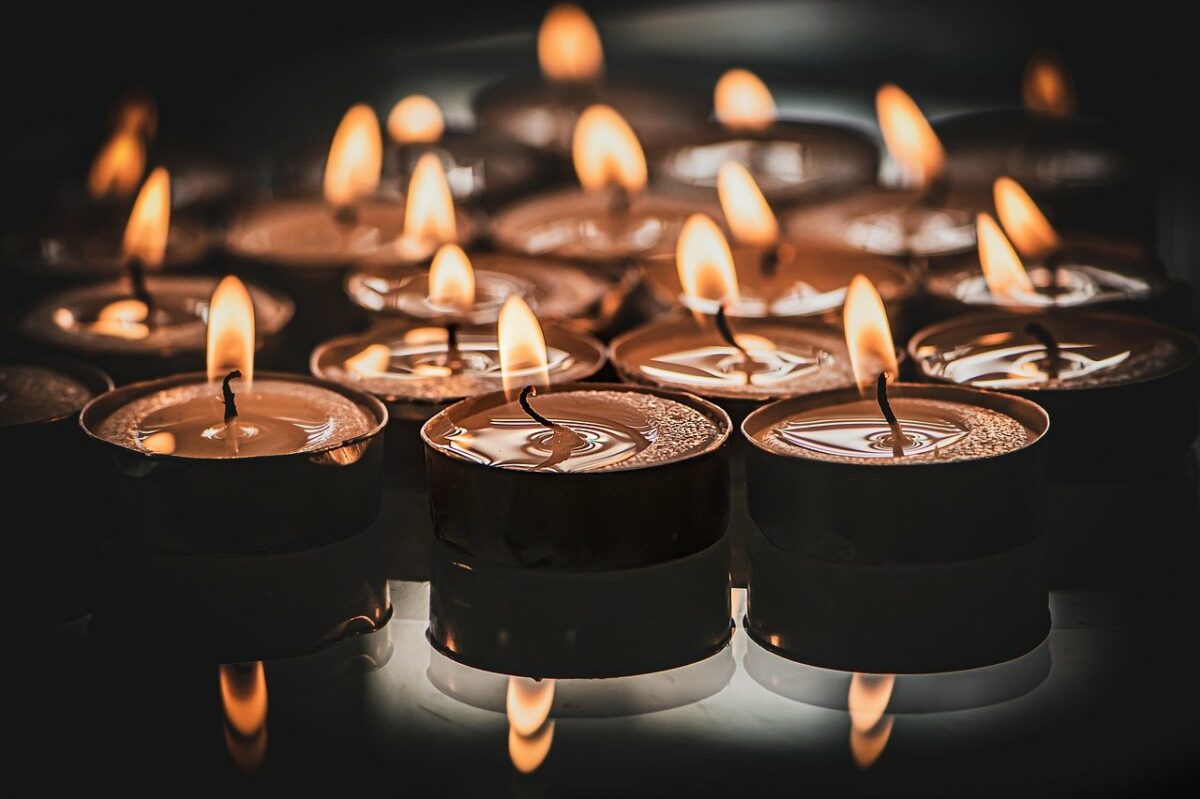 Bitcoin fell below the $39k area in the past few days as fears over inflation and invasion grew. In late January and early February, the short-term market structure flipped bullishly- but a crucial level of resistance was not tested as Ethereum slumped on the charts once more. A recent report highlighted how the perception that the Ethereum network’s powerhouse is the Defi sector could actually be inaccurate. 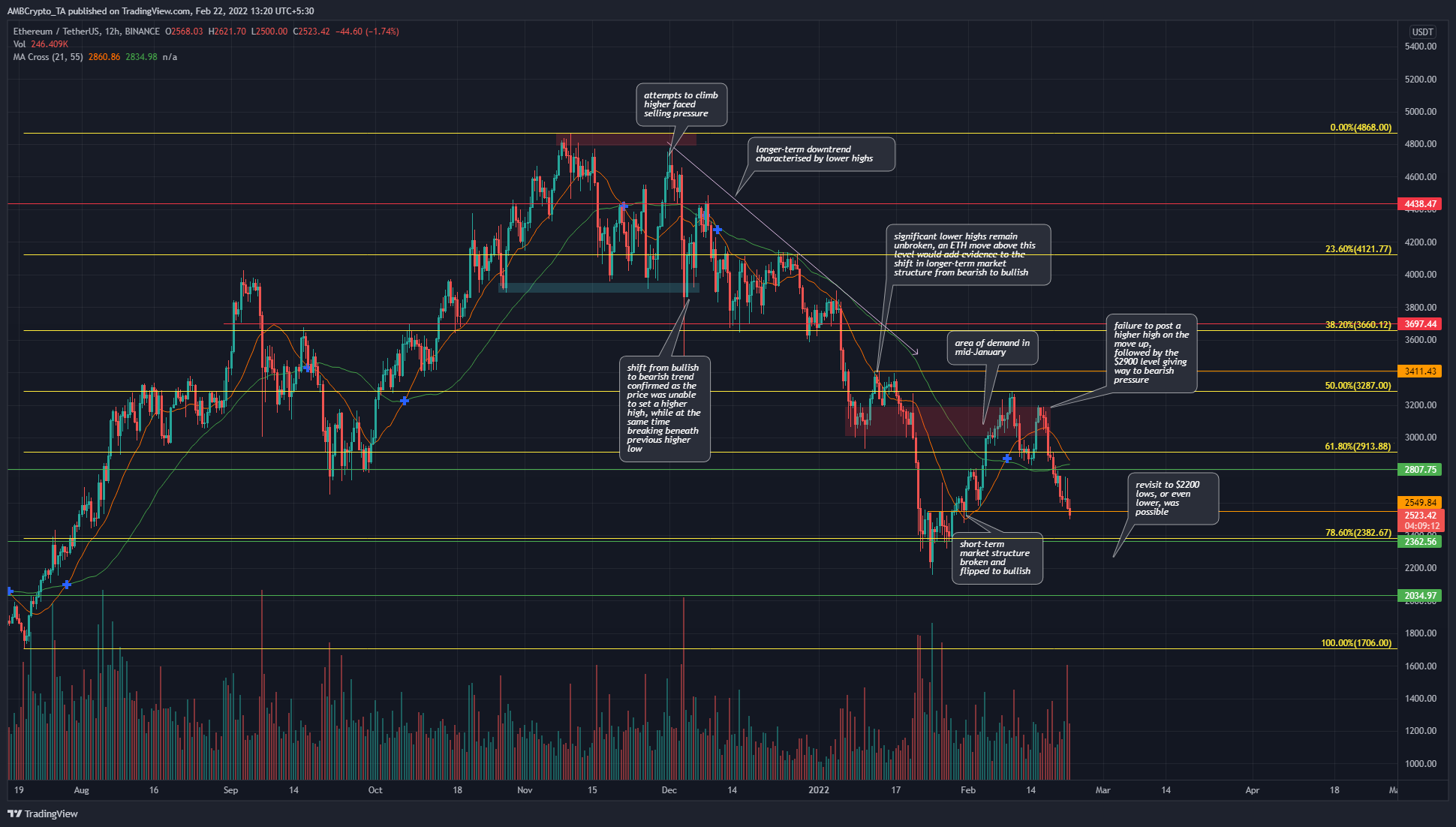 The short-term bullish bias in early February did not have enough steam to push the price past the $3200 area. The previous lower high was marked on the chart in orange at $3411 and the bears forced a rejection at the 50% Fibonacci retracement level. These retracement levels were plotted based on ETH’s move from $1706 to $4868.

Therefore, the longer-term market structure remained unbroken, with demand nowhere to be seen in recent days when the price crashed beneath the $2800 mark as well. This could see $2200, $2000, or even the $1700 levels revisited. At which point the 27.2% extension level south might come into the conversation.

However, the USDT dominance (Tether dominance, its measure of market capitalization relative to the whole crypto market) stood at 4.79%- a 5.2% value marked the $29.4k and $1700 bottom for BTC and ETH respectively. 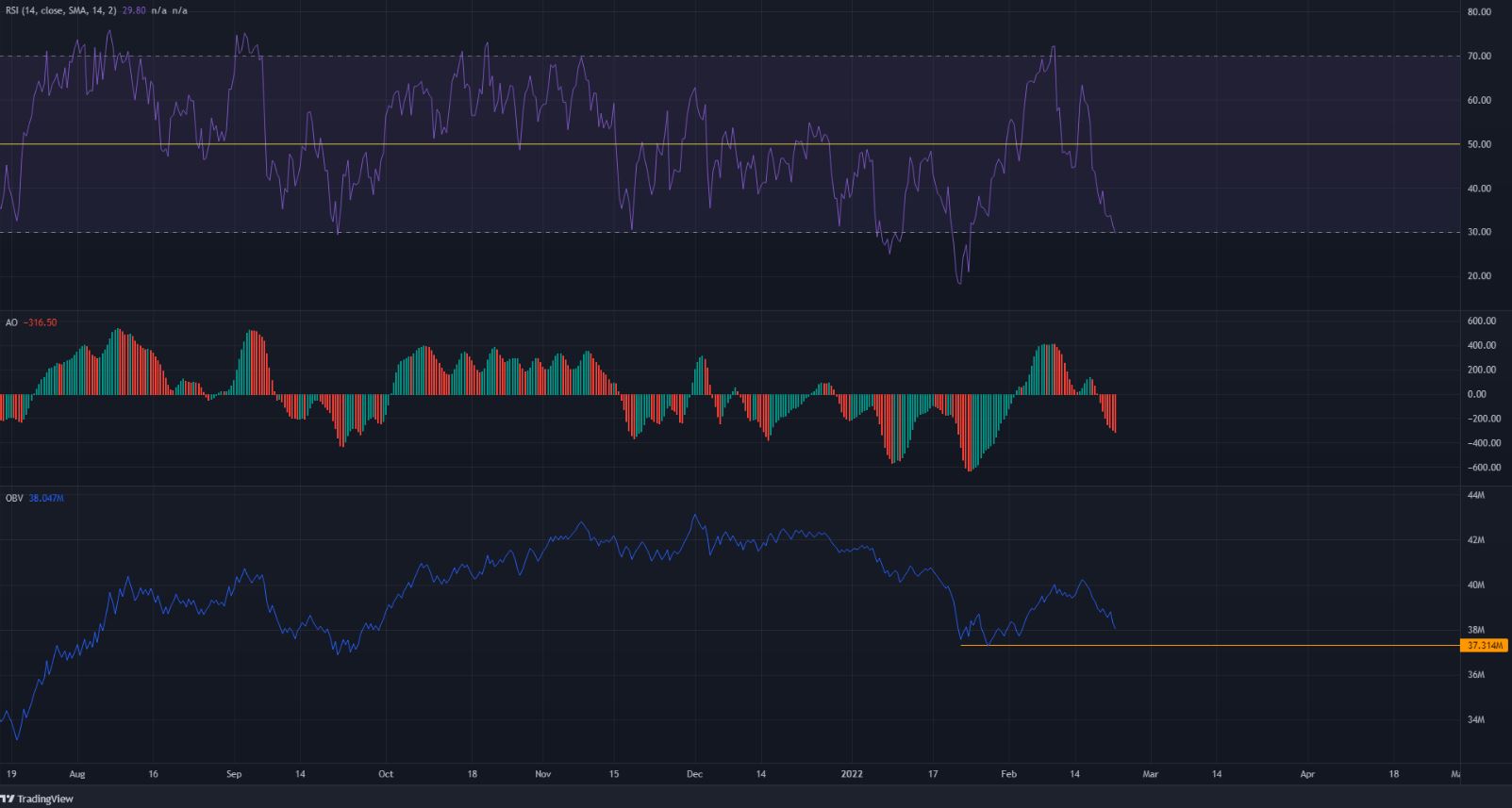 The RSI fell below neutral 50 once again on the 12-hour timeframe, in response to the selling pressure recently. A divergence was not spotted. The AO also fell below the zero line. Both momentum indicators have had a bearish leaning since early November, with only early February showing bullishness that was quickly expunged.

The OBV has also seen a drop, and a level was marked on the indicator- a drop on the OBV below this level could see selling pressure intensify.

While there was a tiny indication that the bottom could be around the corner, the market structure and momentum remained bearish. It remains to be seen whether the $2362 level can hold as support, while a retest of the $2800-$2900 could be a selling opportunity.

Japan debunks the latest in the gamut of cryptocurrency scams

Why the figure of 54.5% is important for a Bitcoin HODLer today