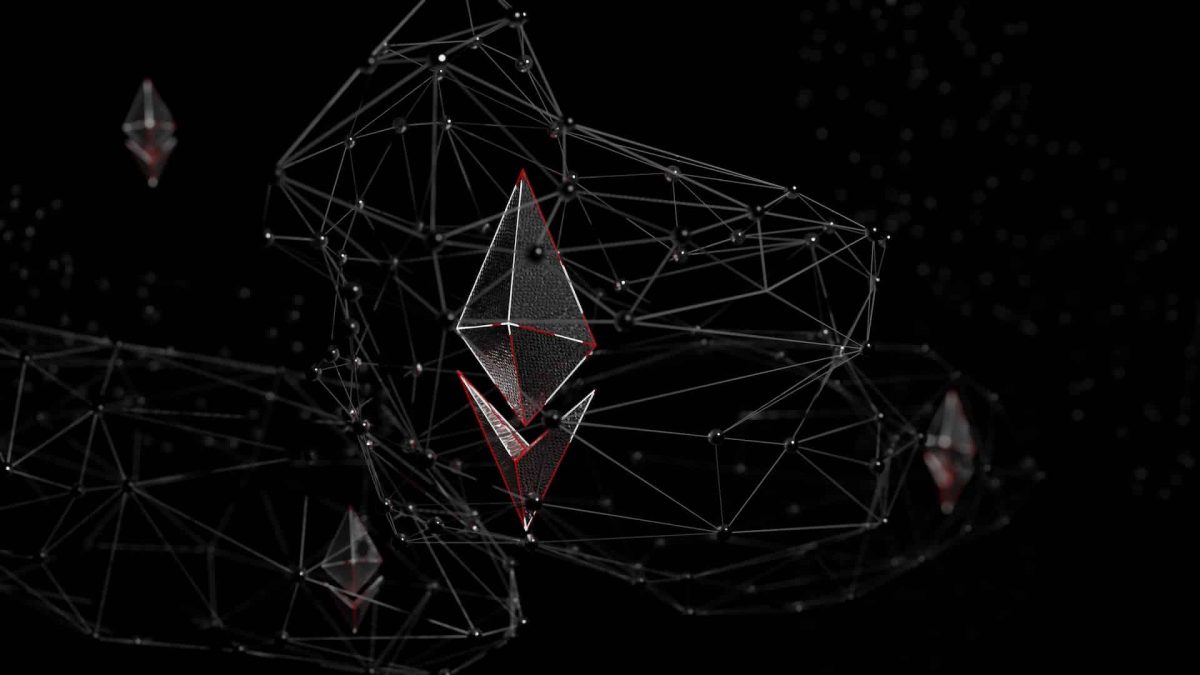 As the date of the much-awaited Ethereum Merge comes closer, the excitement in the community is skyrocketing. Ethereum, which has been in the limelight for a few months now, also showed a promising performance last week by registering nearly 8% 7-day gains.

Though the majority of crypto enthusiasts believe that as we approach the Merge date, ETH’s price will gain steady upward momentum, several believe otherwise. Well, certain datasets and metrics indicate a possible plunge in ETH’s price ahead of the Merge.

A recent analysis by Grizzly, an analyst, and author at CryptoQuant, pointed out the possibility of a price decline.

Ethereum’s exchange reserve increased over the last few days, which is a bearish sign. As past data suggests, such increases in the inflow into exchanges are generally followed by a price plunge. 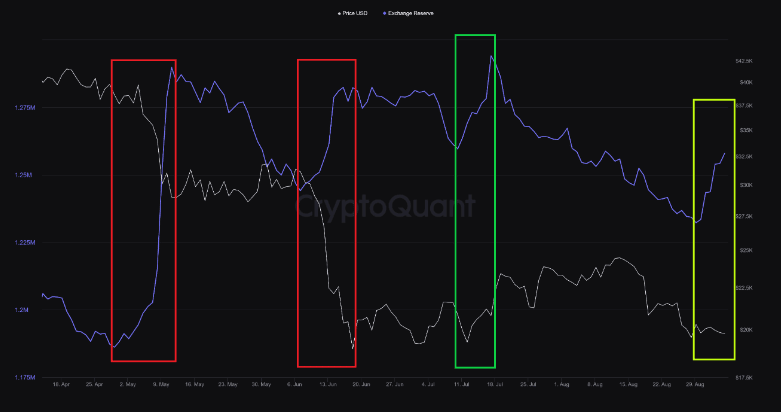 However, a slight relief is that the last time the inflow increased, it helped ETH touch the $2,500 mark, so it gives rise to a possibility of an uptrend too ahead of the much-hyped ETH Merge.

Nonetheless, several on-chain metrics also showed bearish readings. Ethereum’s total active addresses have increased over the last week, but the concern is- most of them were sending addresses, which is a bearish signal. 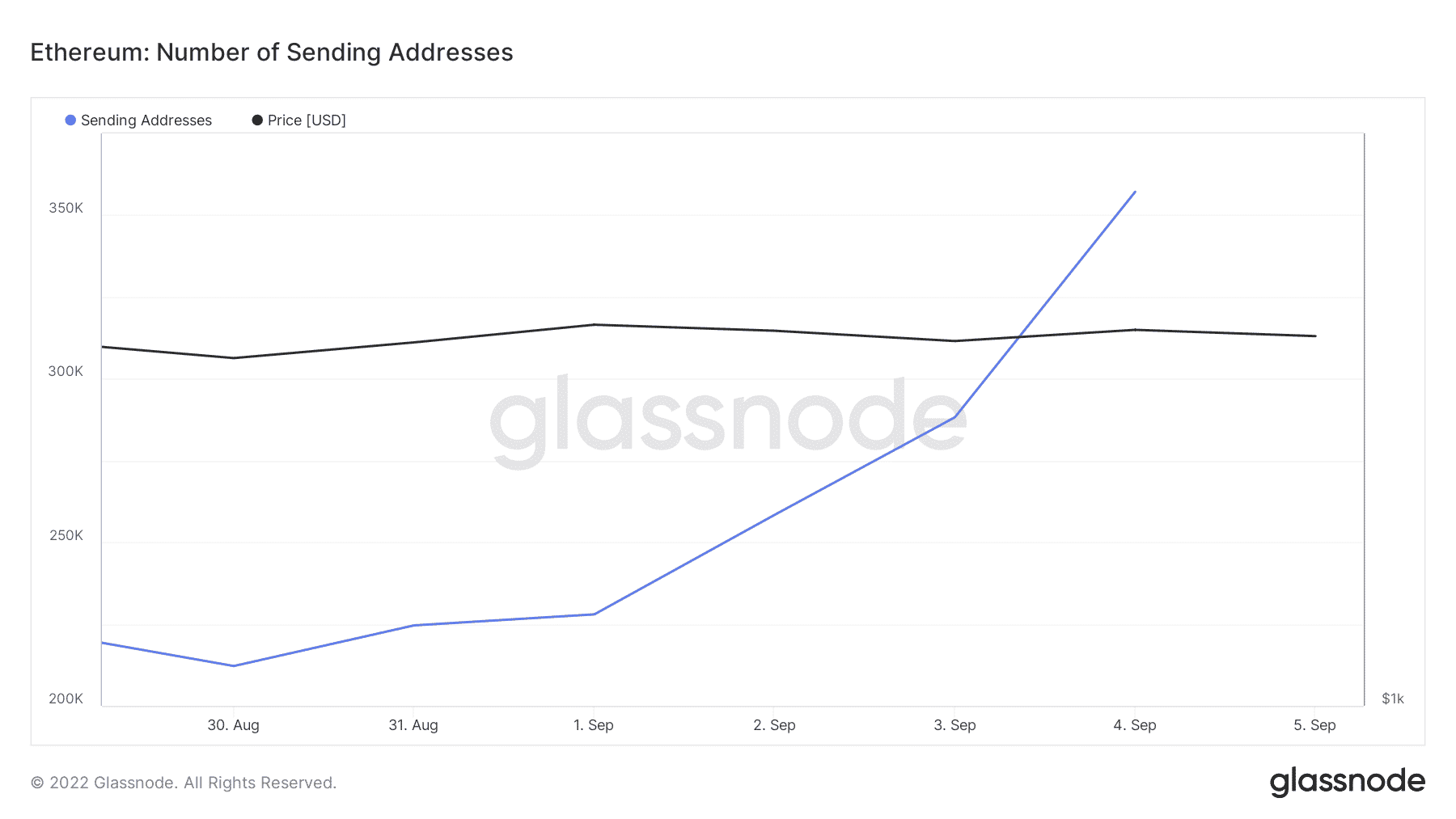 For instance, Ethereum’s number of active addresses with non-zero balances recently reached an all-time high, which is a clear indication of increased investors’ confidence in the coin as we approach the Merge.

The altcoin’s king, Ethereum’s net deposits on exchanges were low compared to the 7-day average. This development suggested less selling pressure. Additionally, ETH’s MVRV ratio, at press time, stood at -5.33%. Thereby, stating that the asset was available at a discounted price in the market.

However, the Relative Strength Index (RSI) and Stochastic indicated that the market was in a neutral position, which reveals the fact that things could head in any direction.