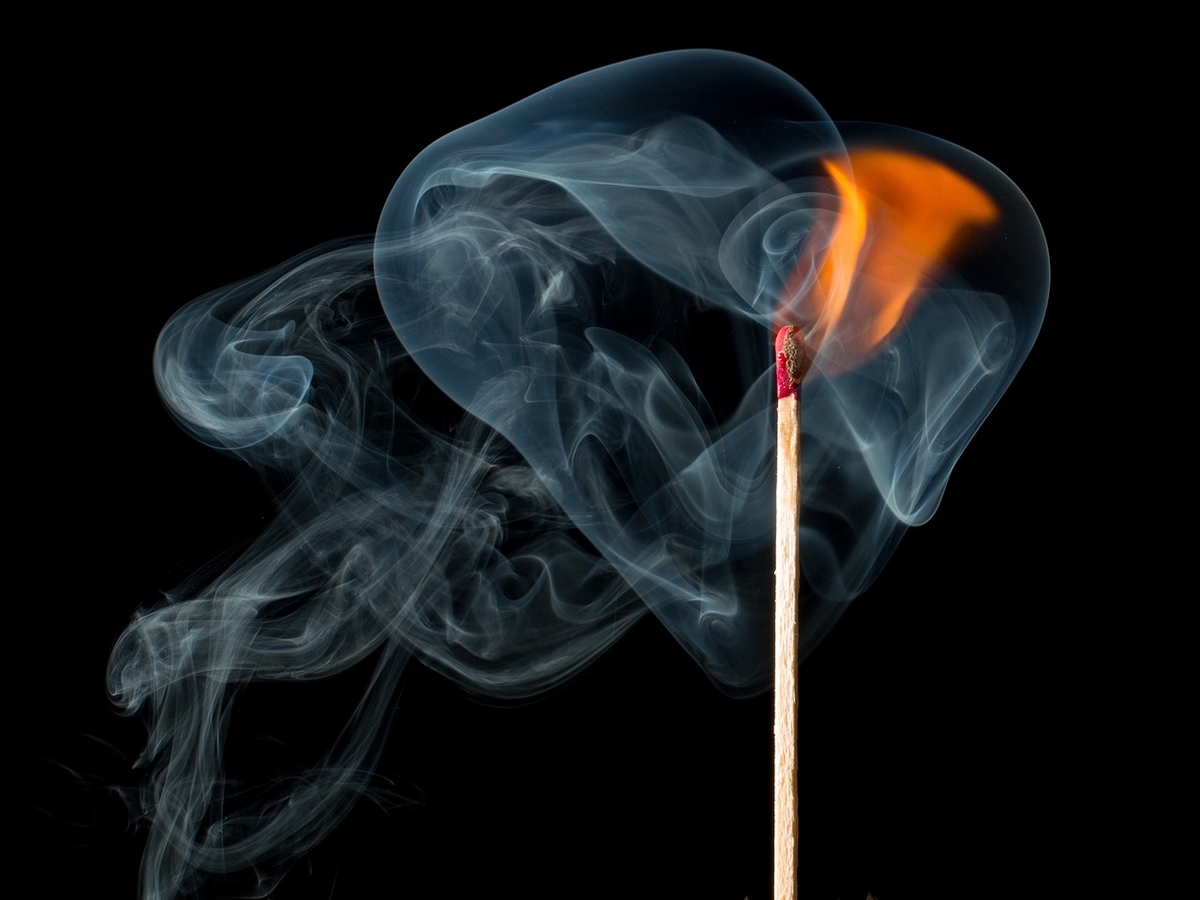 Ethereum’s price has seen a series of outrageous pumps over fairly short durations in the past. Between mid-November and mid-January, for instance, the alt’s value managed to appreciate by over 250% from $400 to over $1400. A hike of a similar magnitude at this stage would see ETH trading at around $8750.

The number definitely looks far-fetched at the moment, but is it fair to completely eliminate its possibility altogether?

Well, the Ethereum ecosystem has massively changed over the past few weeks. Hence, evaluating the network’s performance would help in decrypting the answer to the aforementioned question.

Ethereum’s 1559 improvement proposal ushered in a major wave of change. Primarily, the network’s transaction fee mechanism has been redesigned in this process. As per the new proposal, a base fee has been introduced to each block. The fee payment is mandatory as such and is programmatically determined. Notably, under the chosen parameters, the base fee cannot move up or down by more than 12.5% from one block to the next.

However, the miner revenue today doesn’t include the base fee like before. The ETH used to pay the base fees is permanently taken out of circulation by burning it. In retrospect, this has lowered the net ETH issuance and decreased the annual inflation rate. Over 130k ETH had been burnt, at the time of writing. 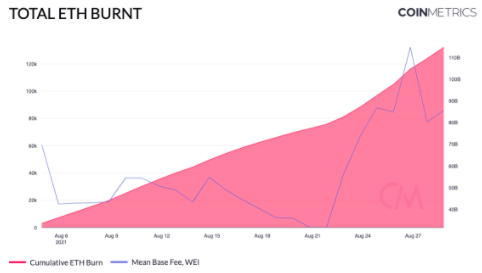 Burning the base fees has effectively helped in lowering inflation. For example, Ethereum’s inflation was well above 4% in June-July. However, the same has drastically dropped since, with the same sitting at 2% at press time. 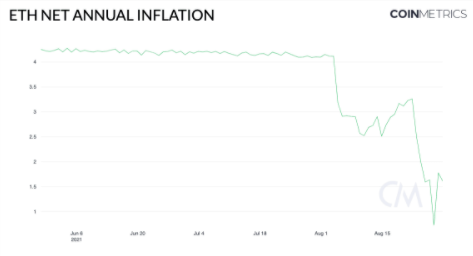 Has the migration been successful?

To a fair extent, yes. However, it should be noted that not all the wallets have natively implemented the EIP-1559 transaction format upon activation. Even though the proposal was introduced via a hard fork and is mandatory for all network participants, there still exists a mechanism within Ethereum nodes that converts legacy transactions into EIP-1559.

Essentially, this was put in place to minimize the impact that the new transaction type would have on Ethereum wallets. Now, even though non-EIP-1559 compliant transactions constitute close to half the total transaction count, it should be noted that the native adoption of the EIP-1559 format has been steadily increasing. 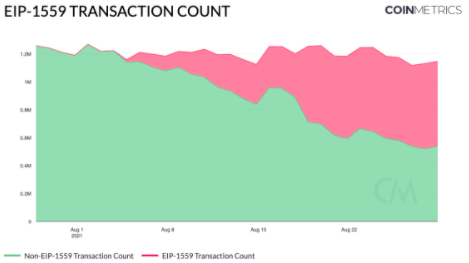 Further, the adoption of EIP-1559 has not affected the ETH accumulation trend observed in individual miner addresses. In fact, the amount of ETH held by them was at its peak [over 20 million], at the time of writing.

Amidst all this, small transfers have been fairly affected by the high transaction fees. In fact, as can be seen from the chart attached below, the number of ETH transfers below $100 registered a downtrend as the mean fee witnessed a move north.

However, Ethereum’s L2 and other scaling solutions, by and large, would help in solving this issue. Hence, new users can directly interact with the second layer once 2.0 goes live. 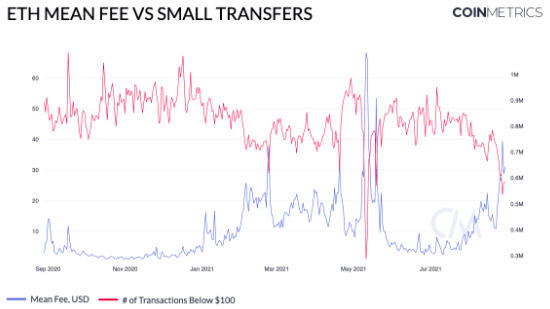 Even though a fair amount of skepticism still lingers over the new system, the aforementioned data highlights that things are going as planned. In fact, ETH’s price too has started reacting positively. At the time of writing, the largest alt was trading above $3500 – For the first time since May’s crash. What’s more, several analysts also believe that the $8k target is achievable this cycle.

SEC v. Ripple – Here’s what to expect from this ‘friend of the court’