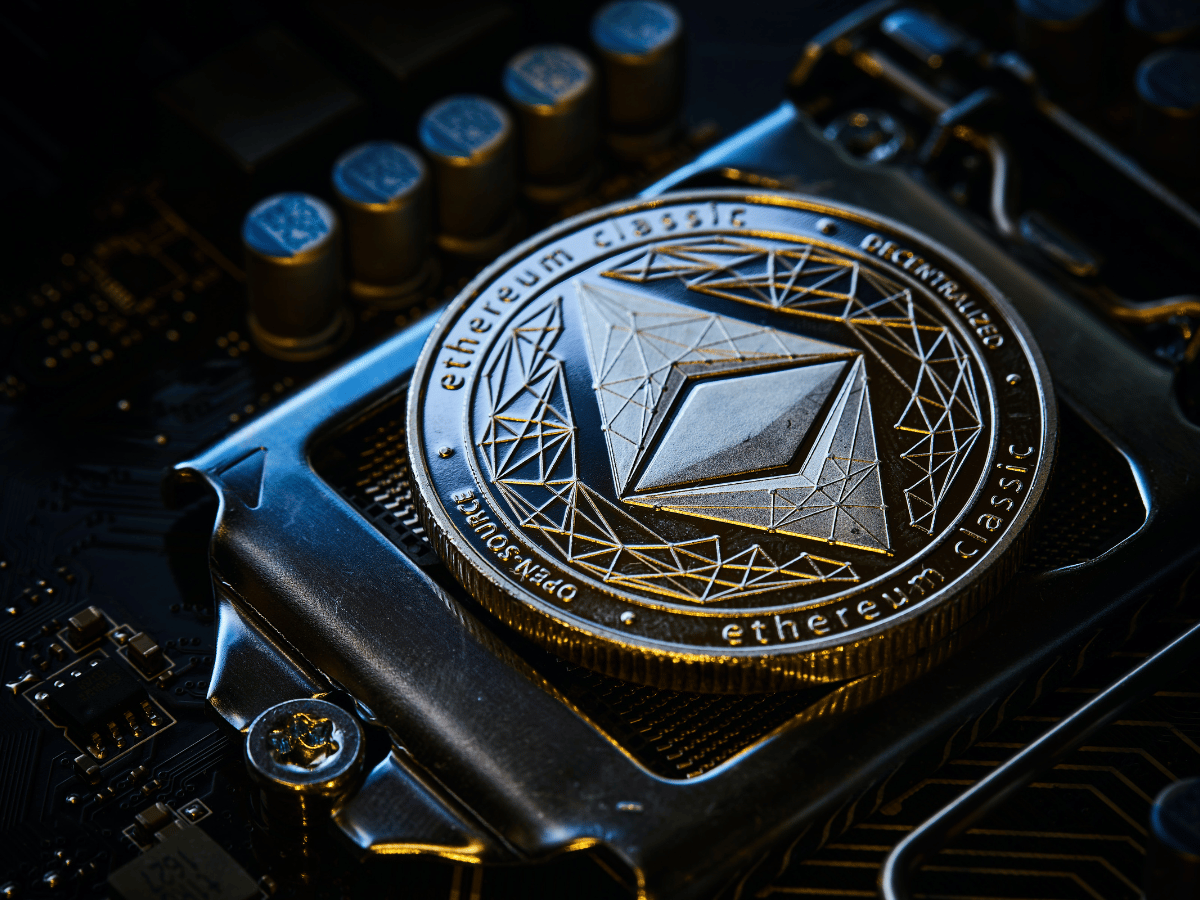 Whales holding Ethereum [ETH] transferred over 100,000 worth of the altcoin to separate wallets in the last 24 hours, Whale Alert revealed. According to the real-time large capital movement provider, the transactions amounted to $139.80 million in approximate terms.

However, there was a prominent part of these wallet exchanges that could not be overlooked – most transfers left centralized exchanges to “unknown wallets.”

The action could serve as testament to investors’ resolve to play it safer by being custodians of their assets following the FTX collapse. Recent Binance audit problems that saw massive outflows from the exchange might have also played a part.

Outmatch the king coin? Not for long

According to Santiment, the action did not have a significant effect on ETH’s value. The price, at press time, was $1,186. The altcoin king, however, climbed slightly against Bitcoin [BTC] at 0.071 BTC. This translated to a little outmatching as opposed to the number one cryptocurrency in market value.

Per its Relative Strength Index (RSI), the four-hour chart against the U.S. Dollar showed that ETH was enduring an extraordinary choir period. At the time of writing, the RSI displayed its value at 33.46. This indicated a huge momentum drop in the oversold region. And since it was trending lower, it was unlikely to experience a price reversal away from the bears in the near term.

Still on the price outlook, ETH’s 6.76% seven-day loss was not enough to prevent it from exhibiting utmost volatility. As displayed by the Bollinger Bands (BB), ETH’s apparent low volatility between 11 – 13 December was short-lived.

Since the bands were separated by an unusually large amount, ETH had a tendency to follow any of the existing trends. But with the price approaching a move out of the BB, the altcoin could continue strongly with its bearish momentum, meaning it could take farther for it to reach $1,200. 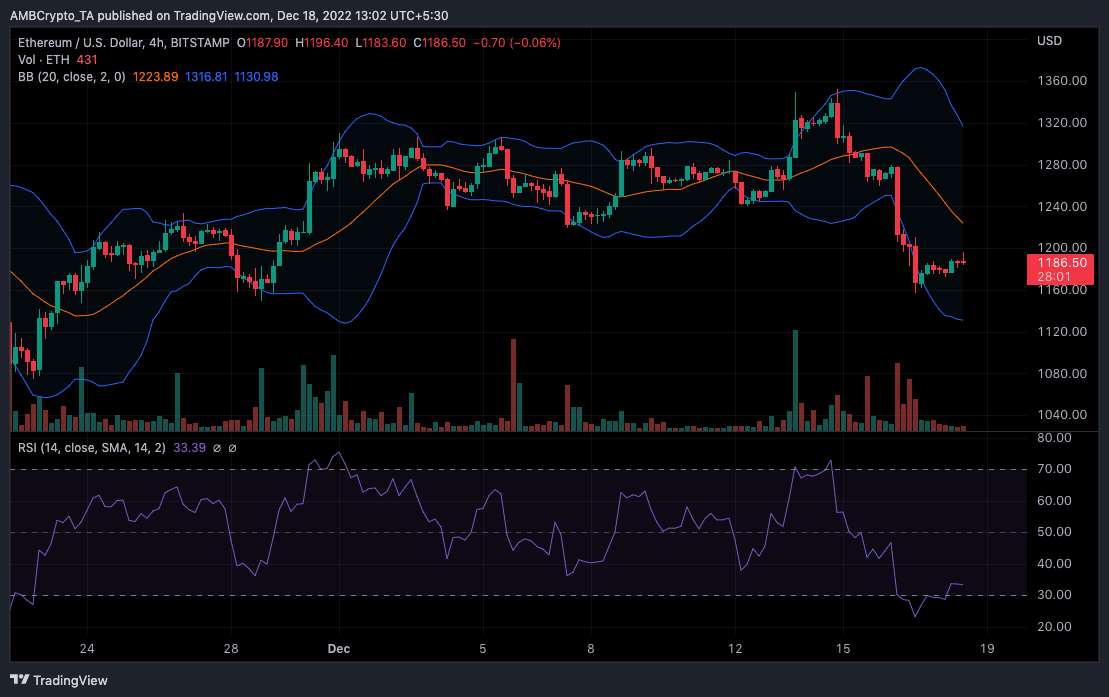 The price action was not solo in remaining in a quiet condition. Ethereum’s on-chain activity also acted as a companion. According to Santiment, the ETH positive sentiment displayed inconsistency in investor perception.

The on-chain analytic platform showed that the metric had receded to 408. Currently low, it meant low excitement about Ethereum on the crypto community part. Similarly, the negative sentiment was hardly any better.

Sitting at 247, it indicated that the optimism about the altcoin outweighed the fears. Nevertheless, it, in no way, guaranteed a recovery towards or above $1,200.

XRP can see a bullish move to fill an inefficiency overhead, here is why

Solana: Can this metric help SOL in its continued fight against market uncertainty