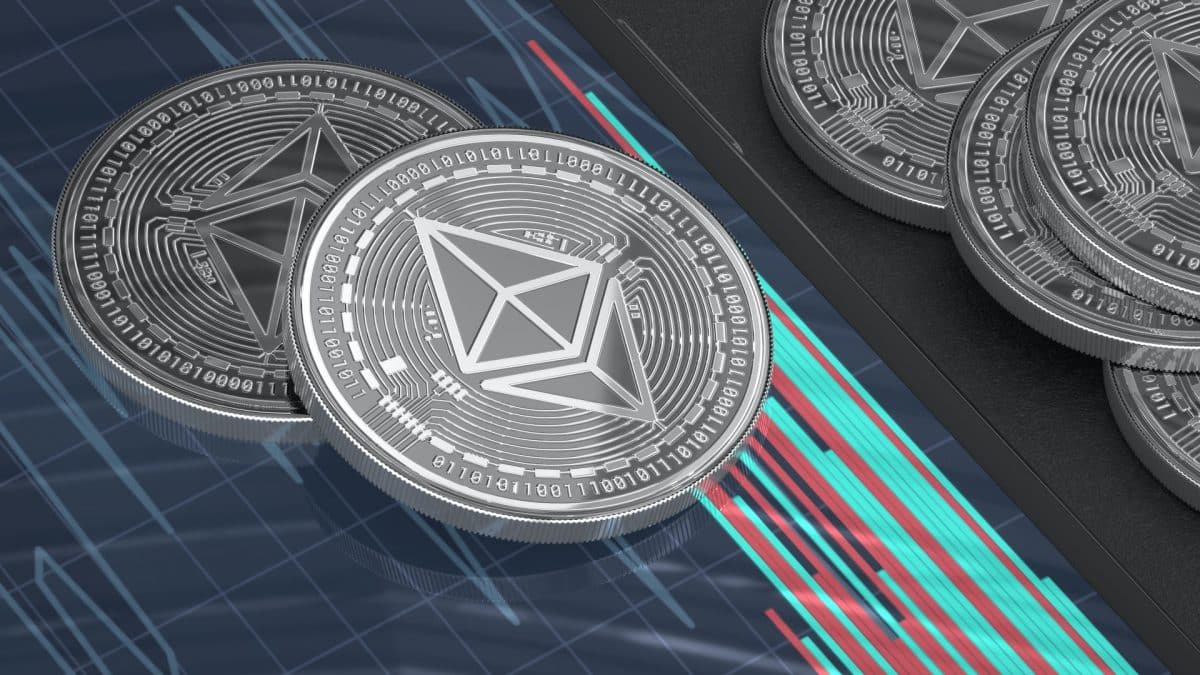 Ethereum has occupied the center stage of the crypto market since Merge talks came to the fore.

After years of speculation, users will finally get a chance to witness Ethereum’s transition to Proof-of-Stake (PoS) consensus mechanism. And, the benefits that come along with it.

Interestingly, the Merge is expected to have a profound effect on ETH’s demand and supply dynamics.

According to IntoTheBlock researcher Lucas Outumuro, selling pressure will be removed as $25m worth of ETH would be rewarded to miners for securing Ethereum.

It is also important to note that token rewards for staked ETH will be 87% lower than those given to miners.

Moreover, staking rewards as well as staked ETH continues to be locked following the Merge until the Shanghai Fork.

Outumuot further stated that “temporarily this should remove all of the issuance selling pressure, which makes up about 0.5% of ETH’s on-chain volume at the moment.”

The projected yield for ETH staking has also decreased with Ethereum fees. It is expected that staking will start at 6-7% post-Merge which is still a 50% increase from the current APR.

This is also reflected in the current bear market when demand slows down and results in lower yields since transaction fees not burnt will go directly to those staking. 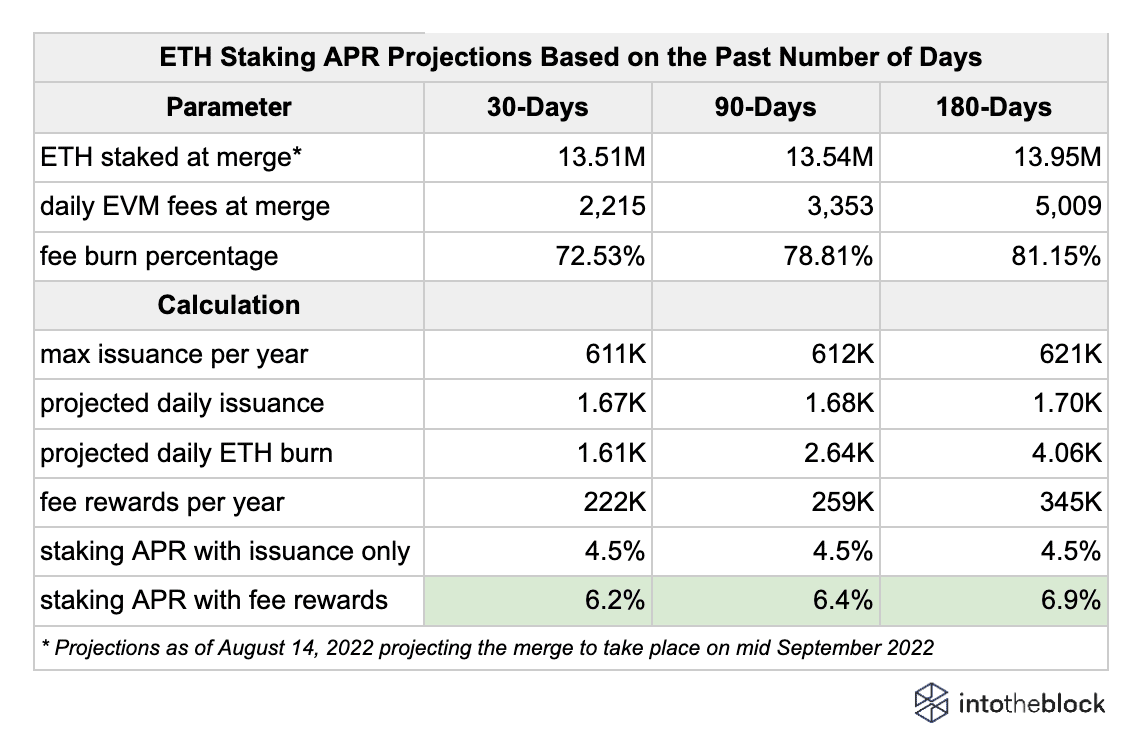 Notably, Ethereum fees continue to remain at the bottom despite a price reversal run since last month.

In fact, the weekly fees on Ethereum have reached their lowest point since May 2020. While this makes Ethereum more accessible to new users, it also means there will be less ETH being burnt, and thus less up-side pressure

“Based on the last 30-days of fee data, this makes ETH’s inflation rate approximately 0.5%. In order for ETH to become consistently deflationary, fees would have to increase above 18 gwei (and higher if more ETH becomes staked as projected).”

Meanwhile, the trust in ETH was reflected on Ethereum’s exchange net flows on 22 August.

This makes a strong case for confidence in Ethereum as we head towards the Merge next month. 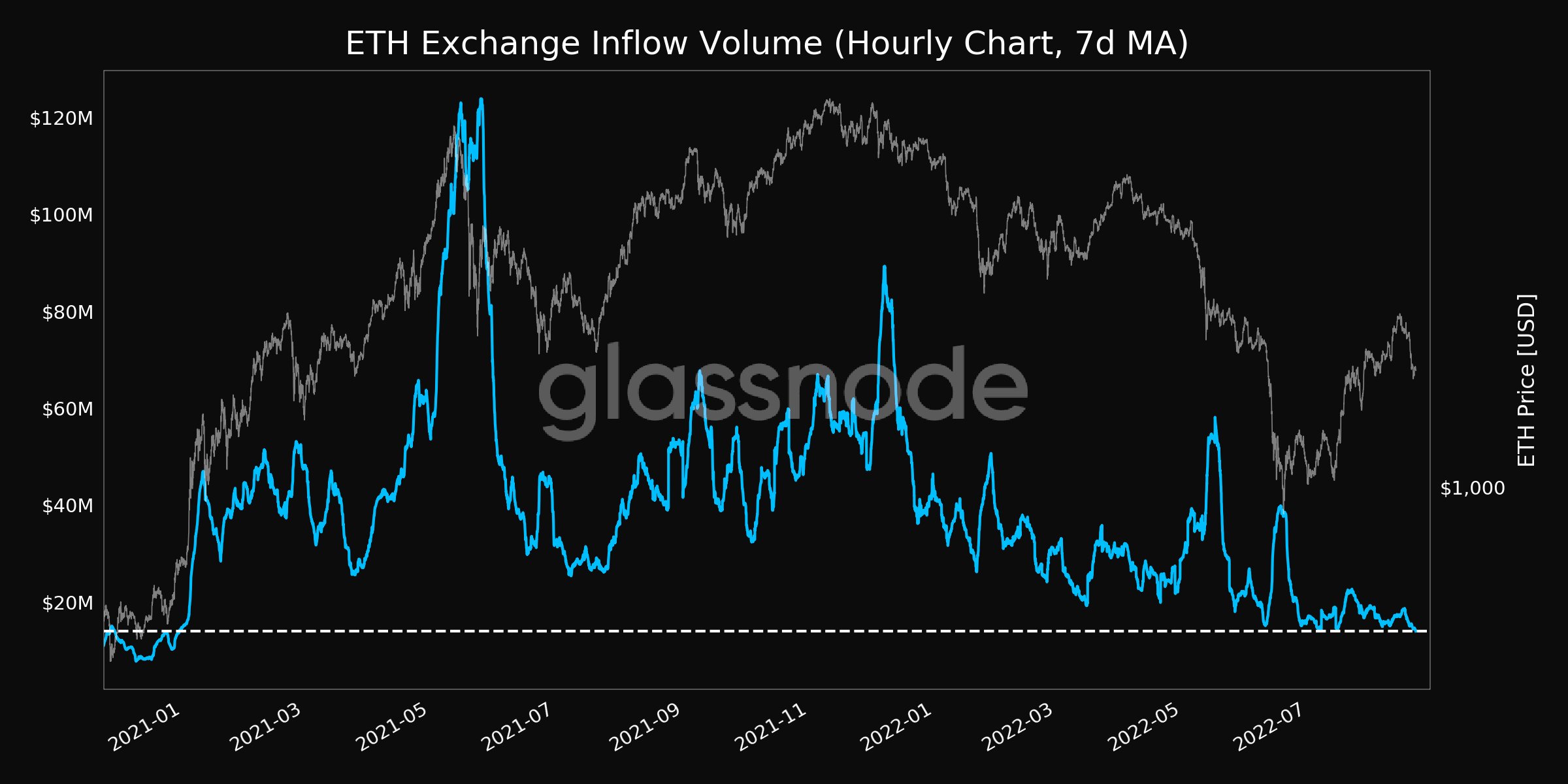 Well, Ethereum continues to grab headlines in the crypto community after losing the $1,600 support.

This has increased FUD in the market. But it hasn’t deterred investors from reversing their bets on Ethereum.

CryptoPunks is ailing, but here’s what investors can seek