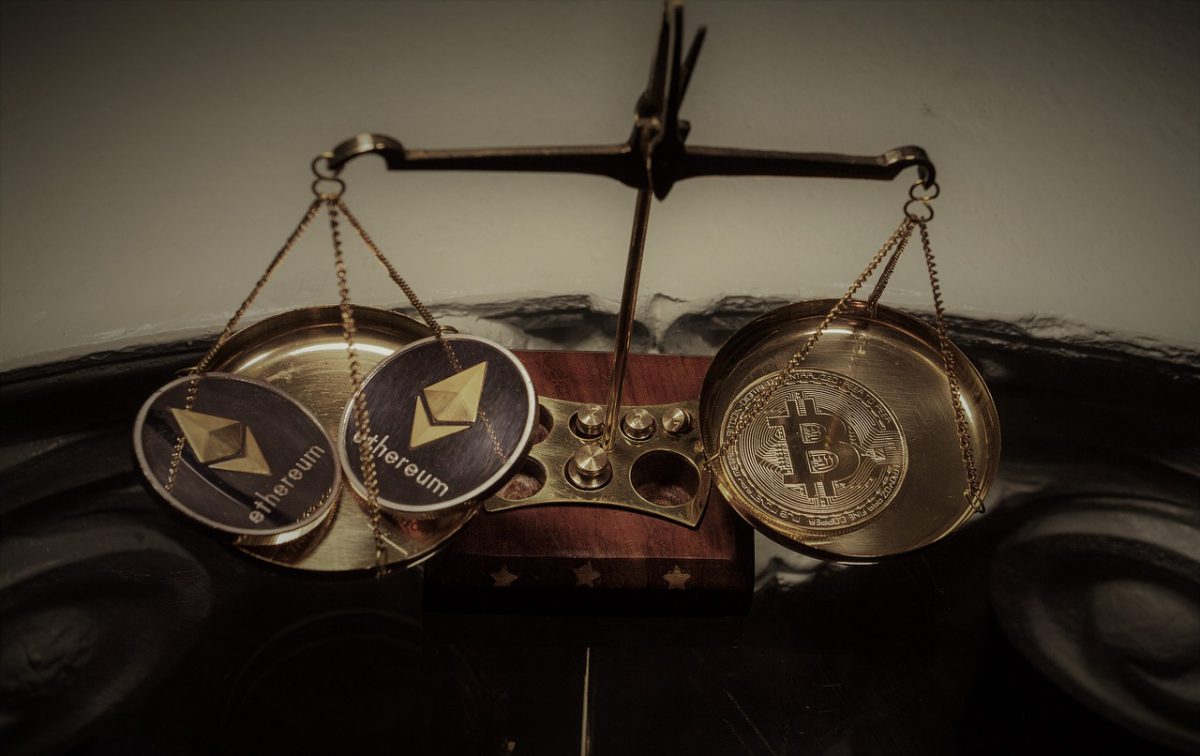 The cryptocurrency market has been reaching new heights almost every other day. Ethereum the second-largest crypto has been noting its network fees rise in sync with its surging price. The transaction fees for the digital asset reached an all-time high on 4 January when the altcoin was trading above $1,000. 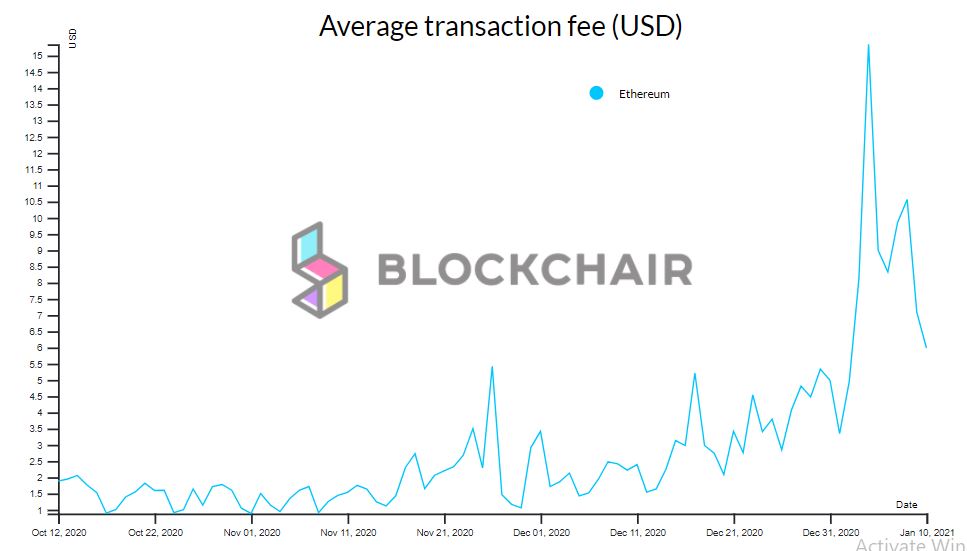 The previous peak for the digital asset was noted to be just last year in September. Data suggested the average transaction fees had hit $12.54. Given the hype around decentralized finance [DeFi] this high transaction fee was expected and understandable.

This peak in fees, however, flipped the Bitcoin fees briefly. According to data provided by Blockchair, when ETH transaction fees hit $15.34, the Bitcoin transaction fee was at $9.61 with Bitcoin’s price at the time being above $30k. 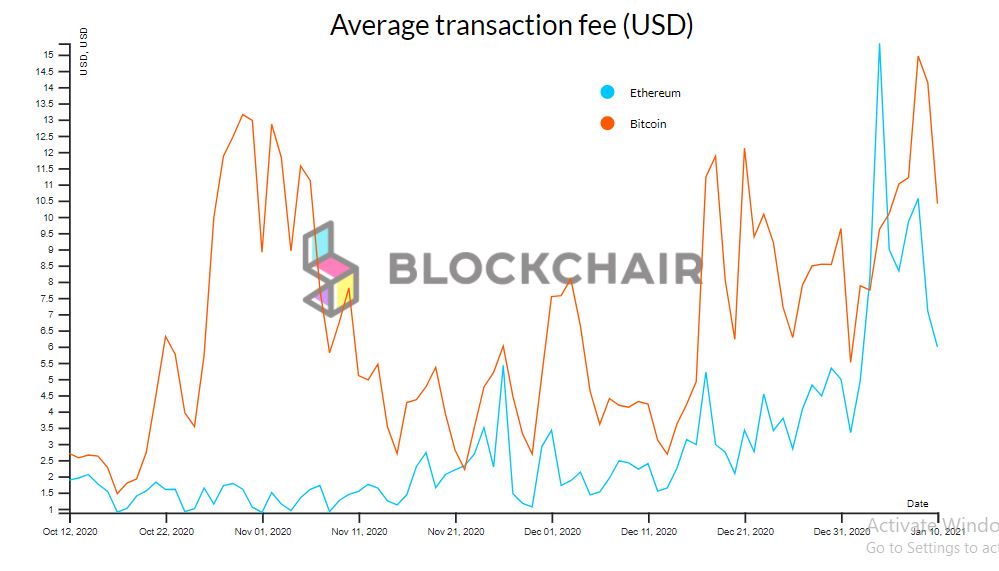 The above chart showed the temporary flip that took place on the given day, after which the ETH fees dropped and was once again overtook by the BTC fees. At the time of writing, the average fee for ETH was $5.98, whereas for BTC it was $10.41.

Although this was a temporary feel, aggregated data suggested Ethereum flipped Bitcoin in 2020, in terms of network fees. This made Ethereum more expensive for traders to trade with in terms of fees, than Bitcoin. Rafael Schultze-Kraft, the CTO of Glassnode noted:

“Users spent almost $600M in fees on the Ethereum network last year – 83% more than on Bitcoin.” 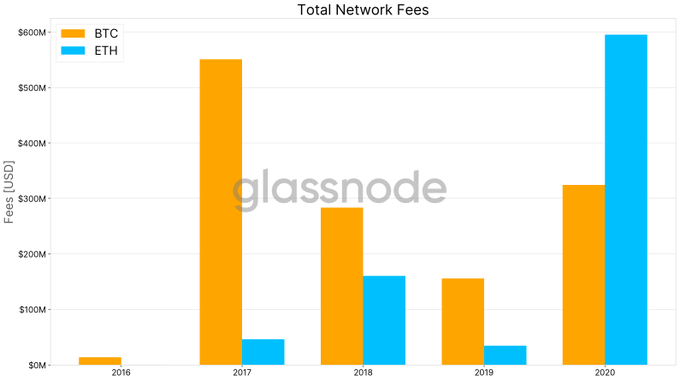 “Mining rewards are an external cost, money drains from ethereum. PoS rewards are a wealth transfer from non-validators to validators, money stays inside ethereum.”

It is believed that the EIP 1559 scheduled to launch later this year will be the beginning of this flippening, but a delay in the launch can make things difficult for Ethereum.

Related Topics:ETHtransaction fees
Up Next